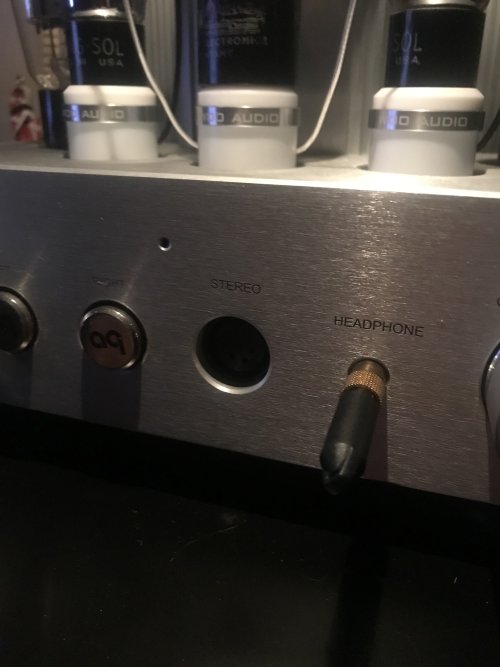 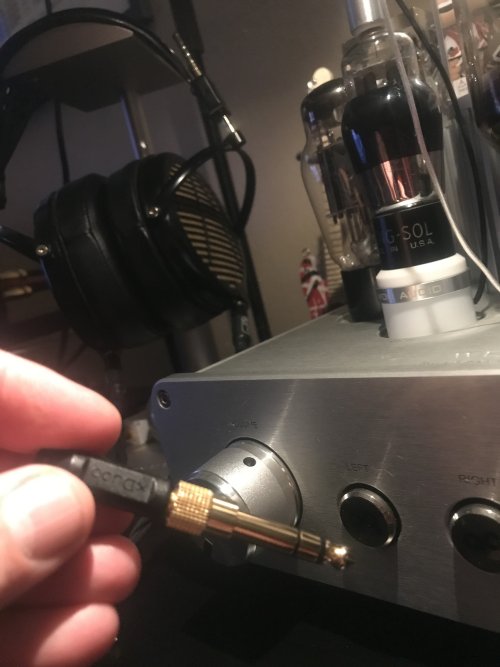 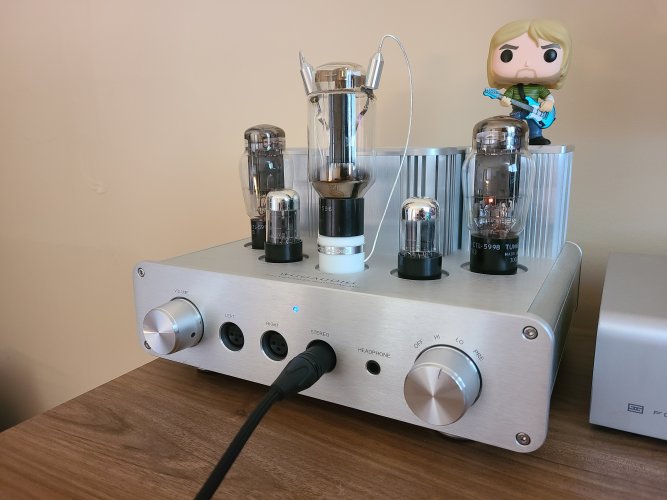 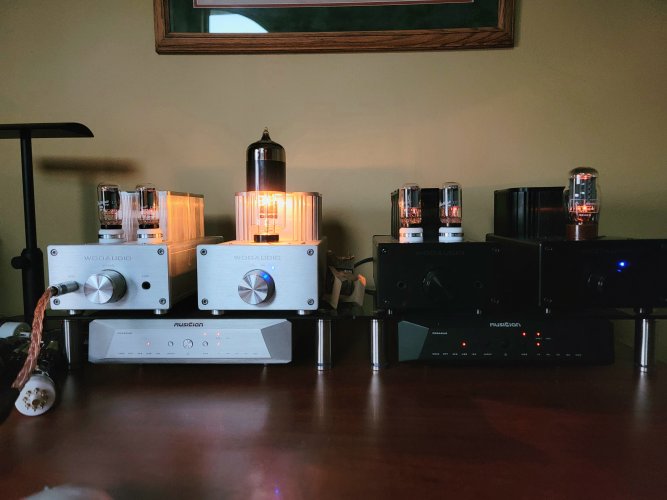 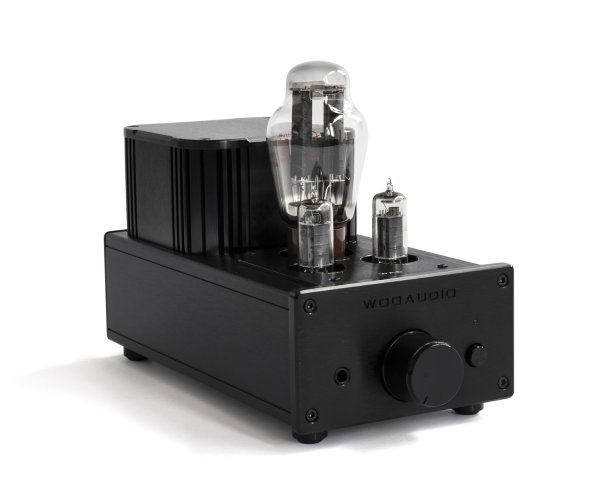 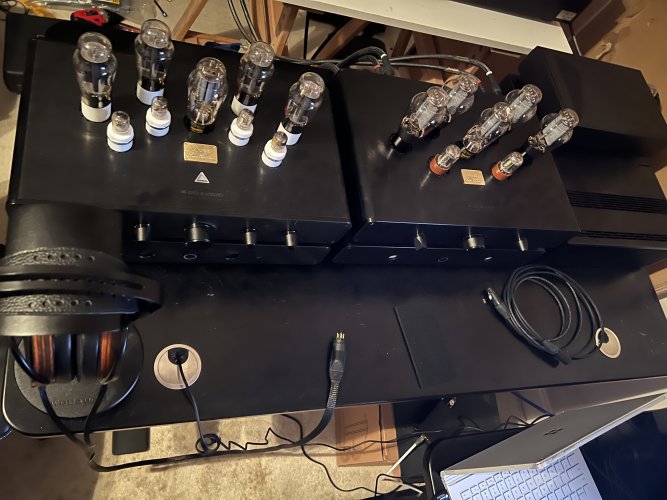 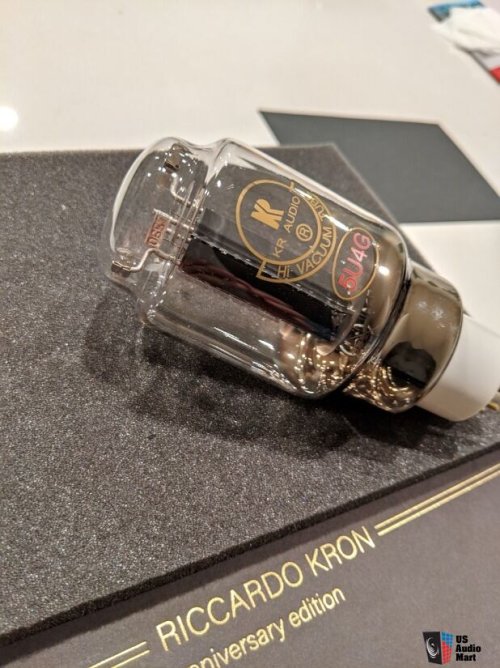 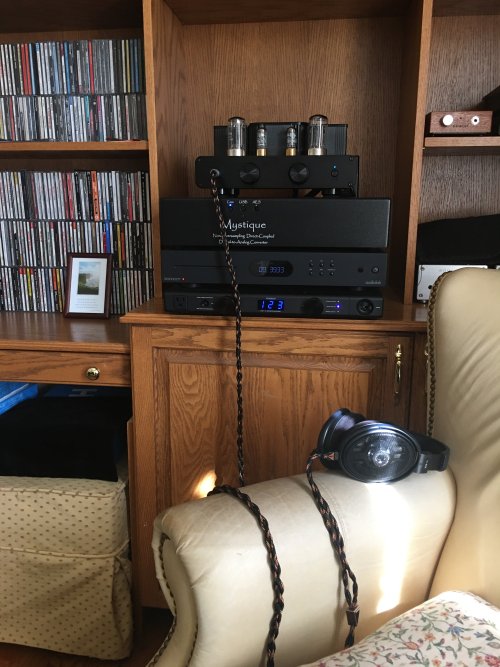 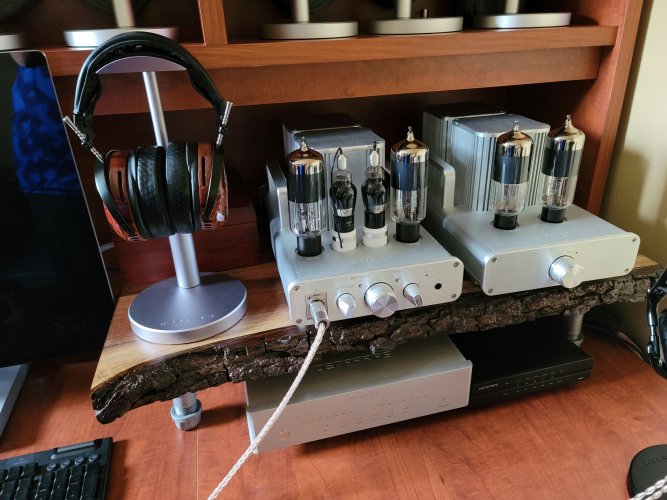 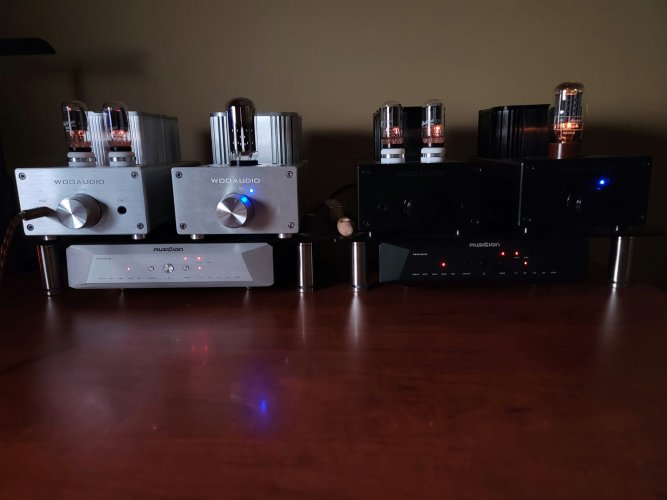 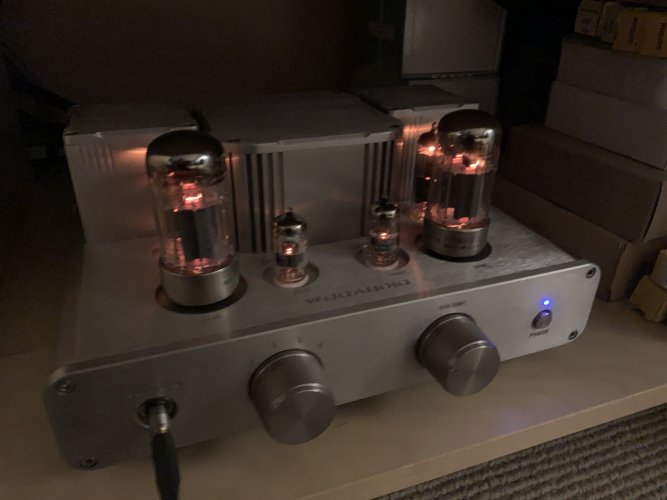 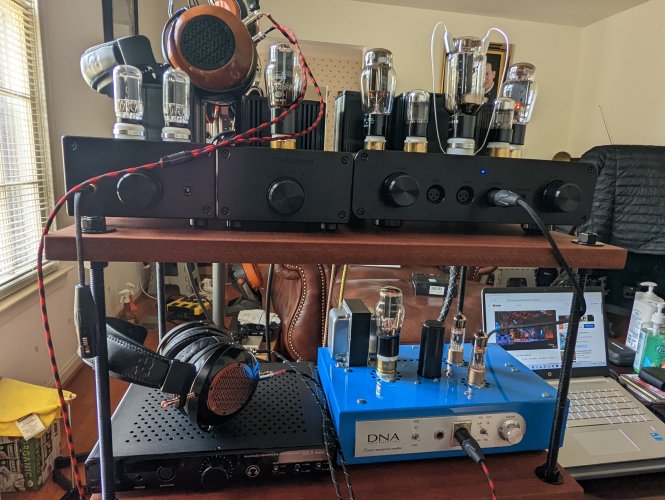 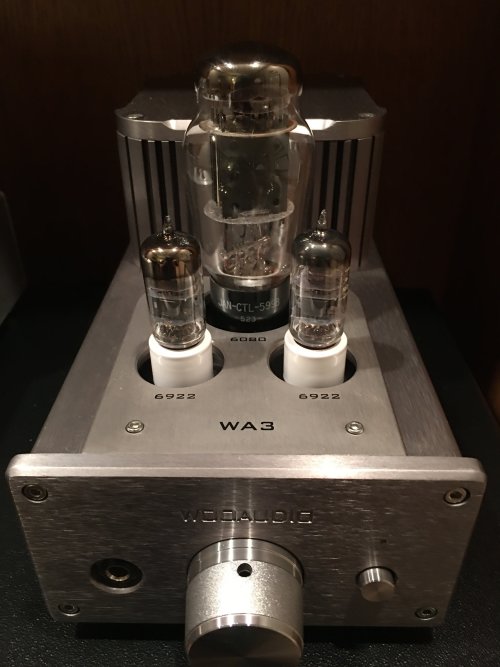 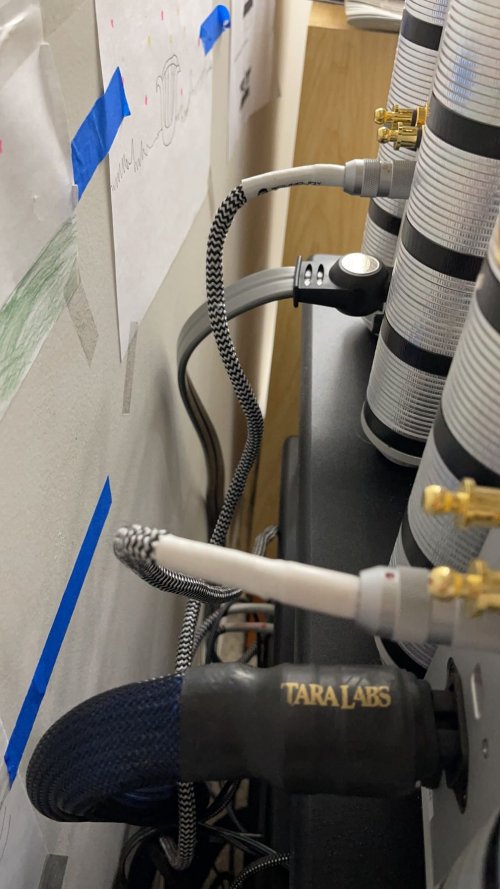 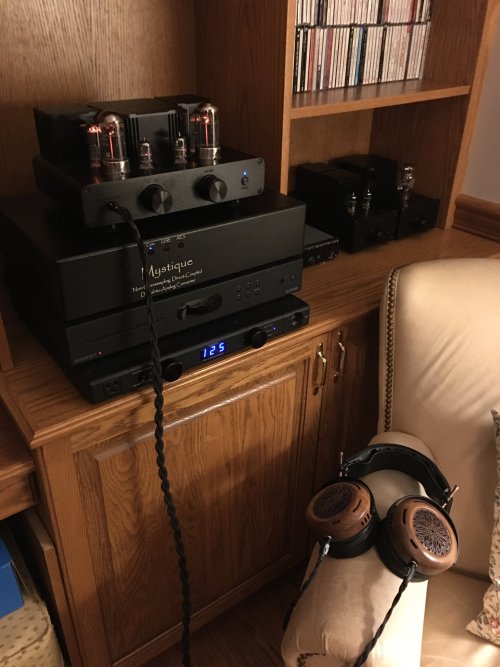 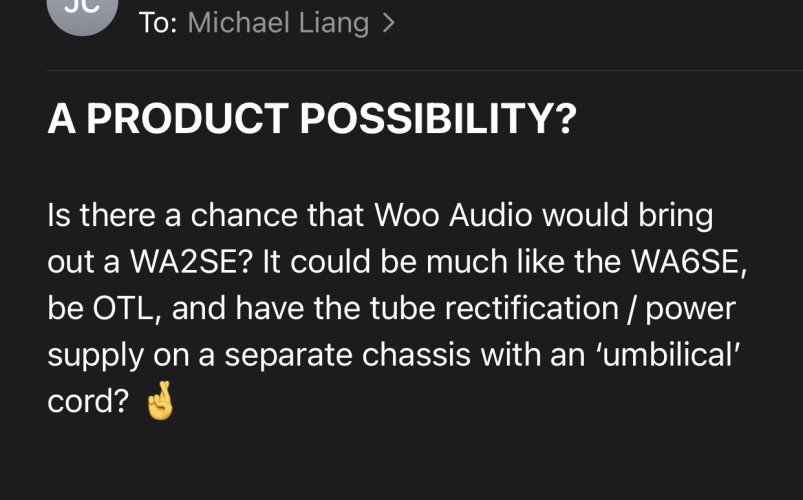 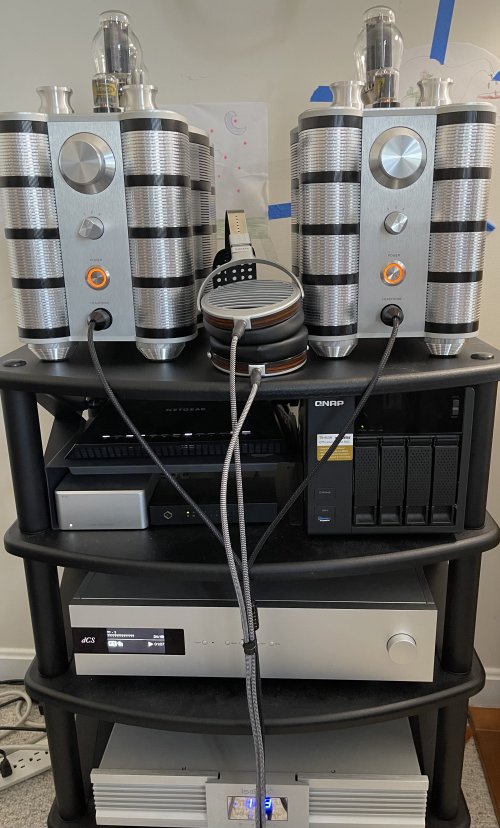 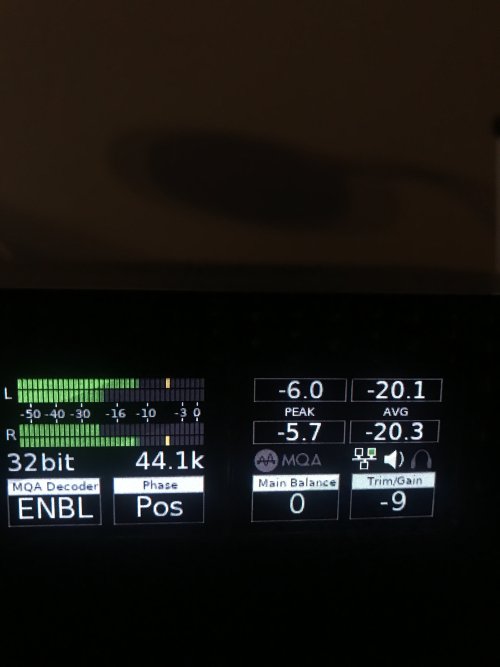 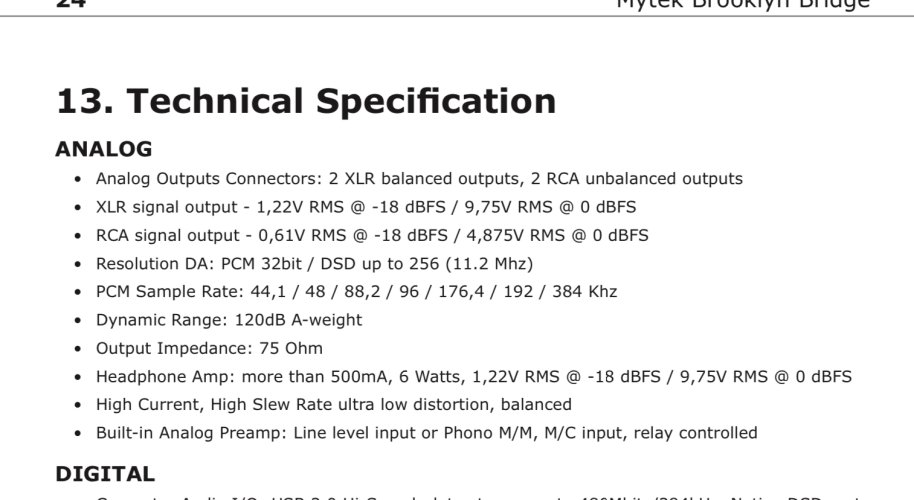 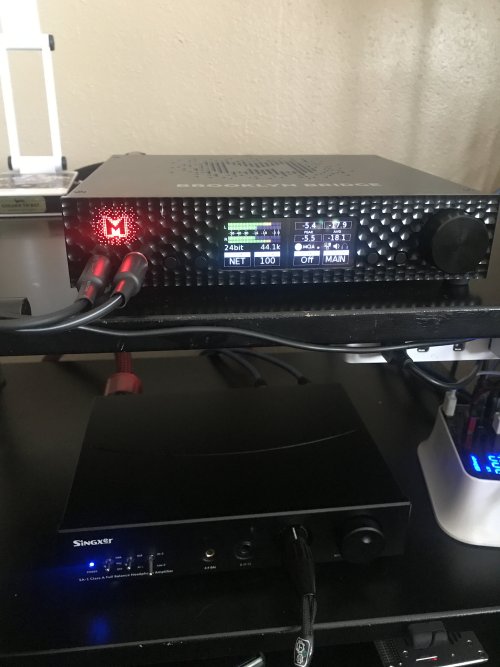 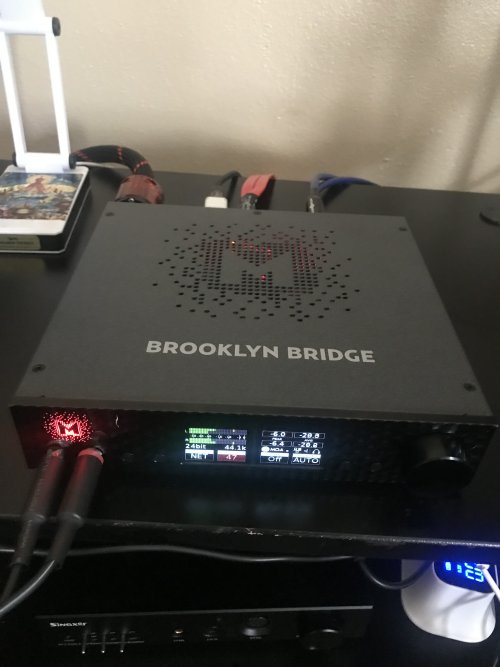 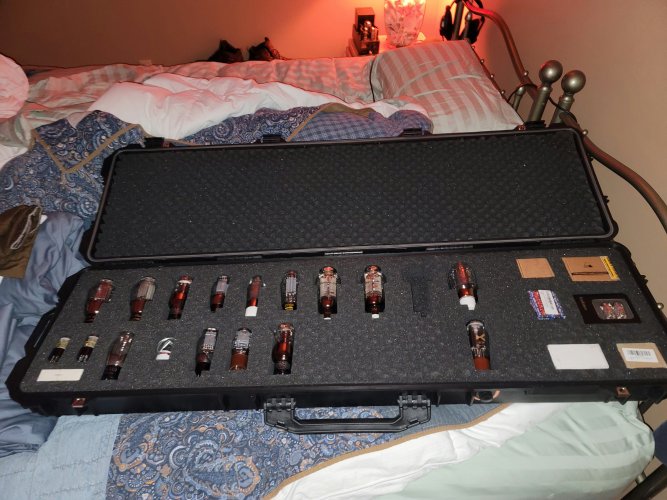 You are using an out of date browser. It may not display this or other websites correctly.
You should upgrade or use an alternative browser.
Woo Audio Amp Owner Unite

Hi buddy, I wonder to start this thread earlier when I received my amp and searched that there is no such tiltle so I start it. Please also state what headphone/s you're pairing with and how do you love the combo.

My WA6SE arrived by mid-March this year. I ordered a Sophia Princess 274B and two pairs 6EW7 along with the amp. 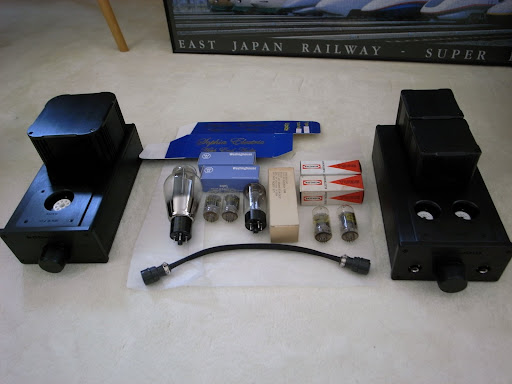 Then, finally the following tubes are arriving my home in the following week. Found that I did not swap the Sophia into any other rectifier when I put it in and after burn-in, DAMN, I waste another piece (or 2?) Sophia on all these rectifier although most of them are great tubes but not as good as the Sophia. It is really an wonderful amp which sounds much over than expected and getting better and better. I have it pair with Senn HD650 (APS V3 SuperNylon/ RAL up-grade with Cardas Plugs and Furutech Plug), AKG K701 (re-cabled by Jena Labs Cable) and JVC HP-DX1000. The K701 combo is the best IMO that I'm not expected, I preferred the HD650 would be a perfect match with WA6SE ( learned that from a lot of reviews and impressions in head-fi) before I receive the WA6SE but I finally found I love the synergy with the K701 combo over the Senn. I can hear those deep, impactful and tight mid-bass from the K701 that I've never heard before and don't have to mention the airy, clearity highs as usual, it make the K701 sounds much more balance. For the DX1000, I don't think it is a good matching or just my weird listening taste, I thought that the highs from the DX1000 is veiled and the mid-bass is bloated with 6SE, not familiar to others who love this combo a lot.

Not to say much here since there are tons of good reviews and impression here in head-fi for Woo Audio's products. But I have to state that I love my WA6SE very much.
Feedback: HeadFi/ Ebay/ Audiogon

...in my signature! I guess I can't claim "maxxed" anymore since Jack has added the teflon tube sockets to the option list

I'm running the Sophia Princess 274B mesh-plate and a pair of cryo-treated NOS RCA 6EW7's. Headphones in rotation are:

Beyer DT880 600-ohm - current most-listened-to 'phone...still getting to know it but I feel it has almost limitless potential.

The new Woo's look interesting but I'm pretty happy with what I have...

"The problem with the world is me" - GK Chesterton

I am joining this wagon and my details can be found by hitting About Me.
Feedbacks: Head-Fi  eBay  AudiogoN

Hi ndydieselnut, I finally modded it by myself.

I totally swapped all the caps into BlackGate, VK for powe filtering , NH super-e'ed for bypass and cathode in the output unit and a piece rarely found Heart of Muse in the PSU. Mills and RMG gold lead resistots. Just finished for about 2 weeks or so about 100+ hrs burn-in and I don't know how to tell the improvement which I'm not good in express my joy with it after mod. Just improve in every aspect over the already very good sounding stock 6SE after 500+ hrs burn-in before my modding.

I leave both plugged in all the time to show off the matching Furutech plugs.

I am using a Zu Birth power cable.

The source is a Paradisea+ DAC connected with Grover SC 1M RCA's.

Here's the pic, so people can't claim this thread is useless.

Either one, you won't regret.

Happy Woo WA6 owner here. I just ordered custom feet from Jack similar to the ones used on the latest WA2. Hopefully they will look nice.

Tubes I have are:

No worry, it's just kidding

, stay tuned and see how many of us would register here.

Welcome atbglenn, please let us know more about the feet you ordered and how it work with your WA6 when received and installed, BTW, how much it cost? Set of 4?
Feedback: HeadFi/ Ebay/ Audiogon

I paid $25 delivered for a set of 4. If I like the way they look installed, I will post pictures