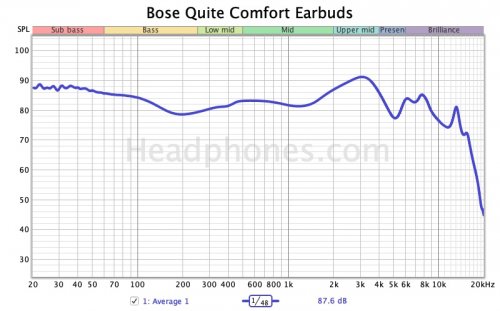 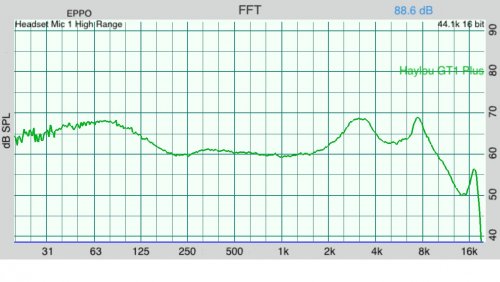 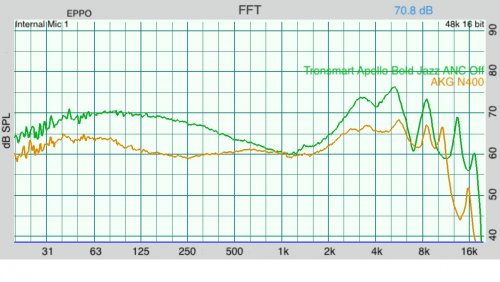 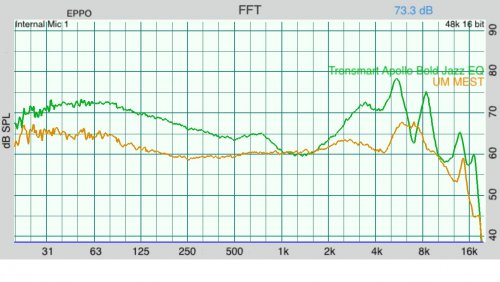 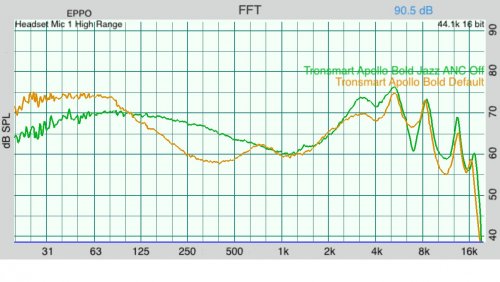 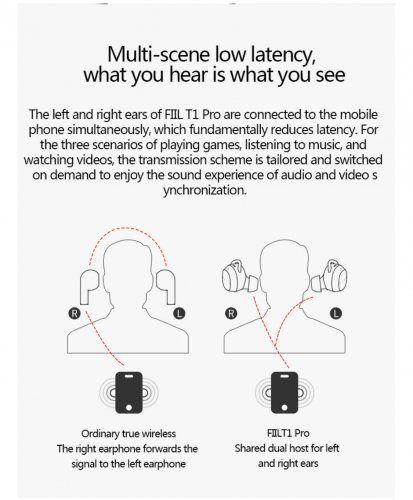 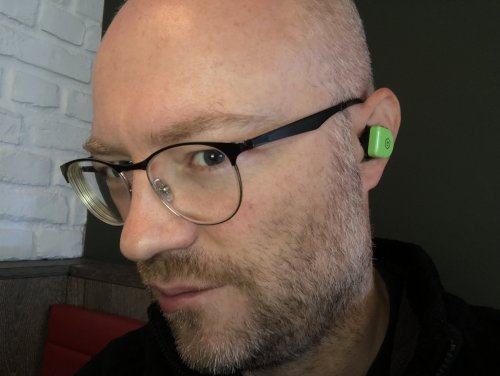 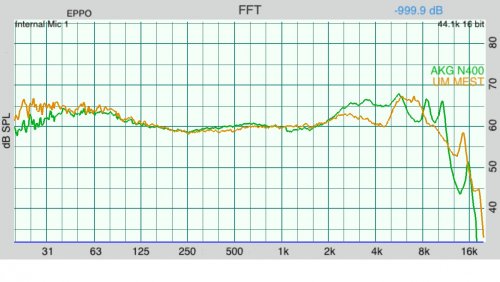 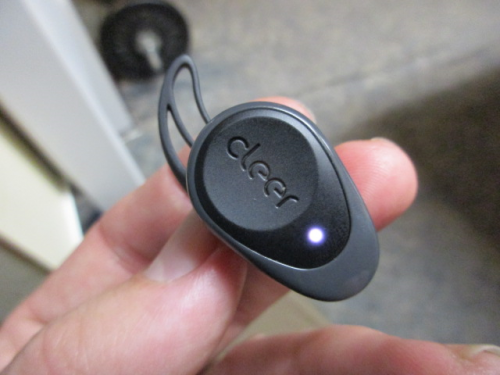 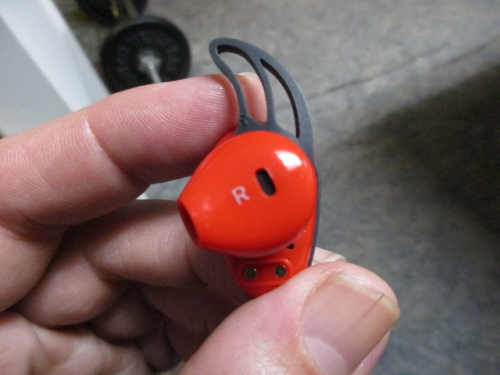 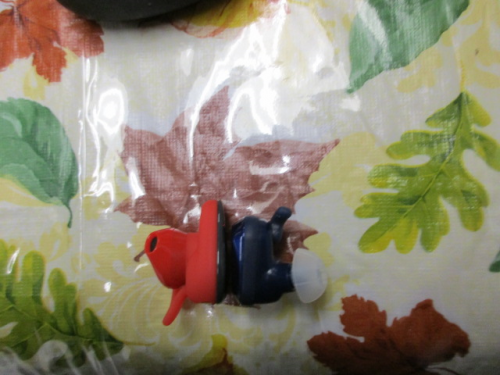 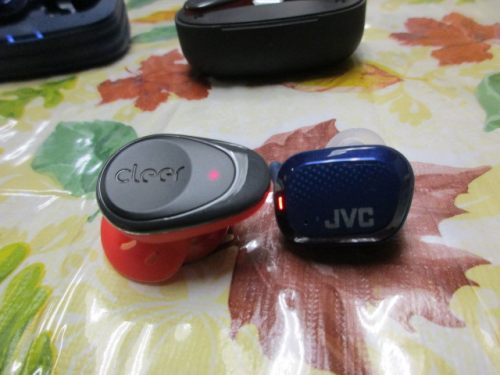 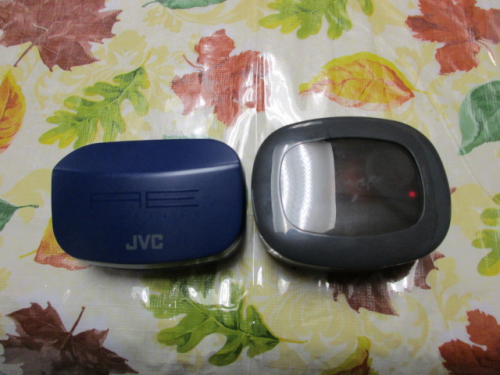 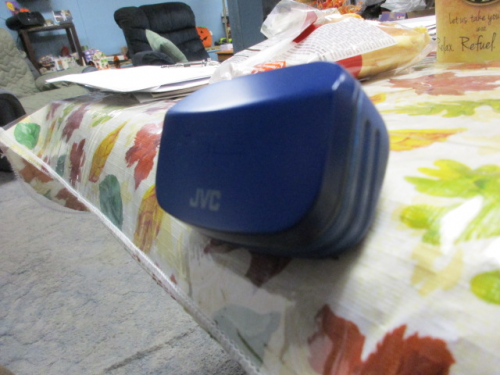 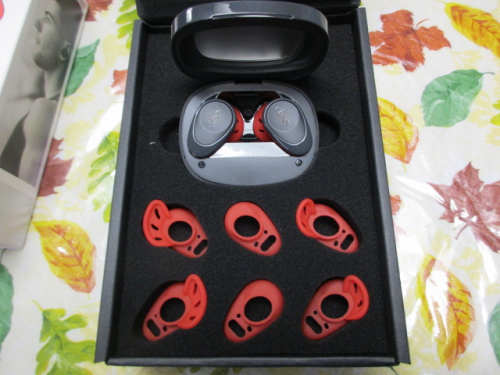 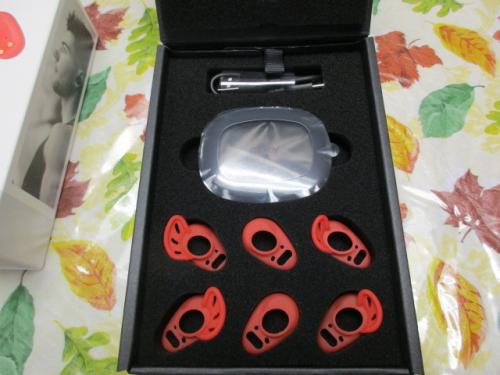 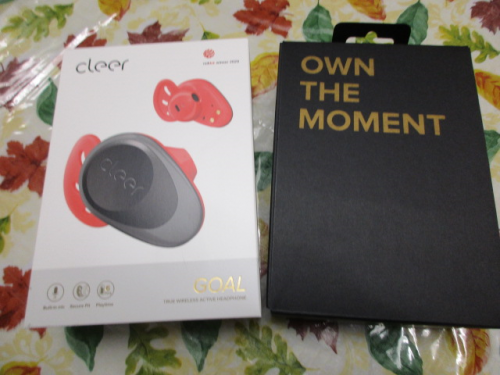 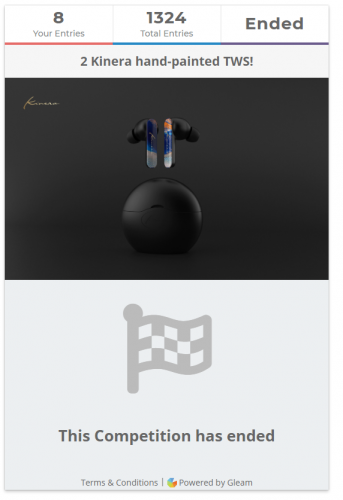 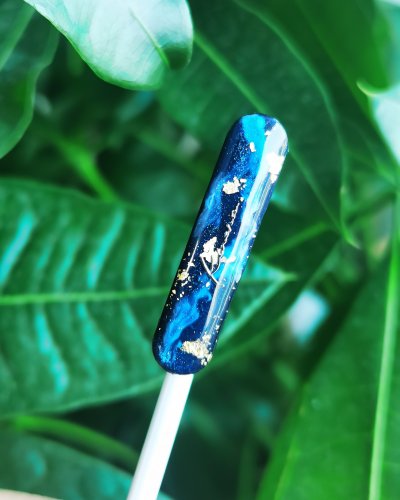 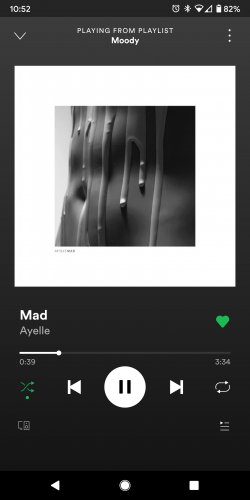 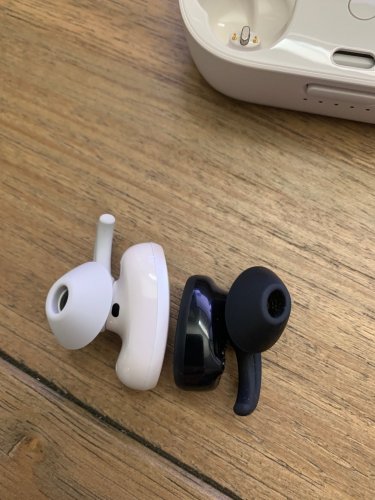 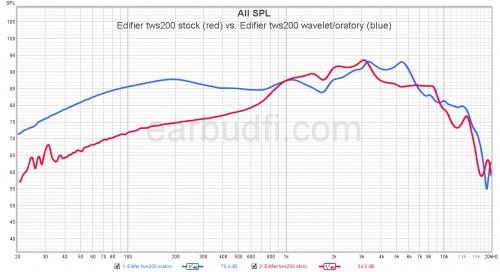 chinmie said:
does the echo buds ANC mode has a faint hissing sound?
Click to expand...

Quicky32 said:
Has anyone tried to Jlab cloud foam tips? I can get them locally for $10...
Click to expand...

I just use cheap newbee foam tips and cut it in half length. 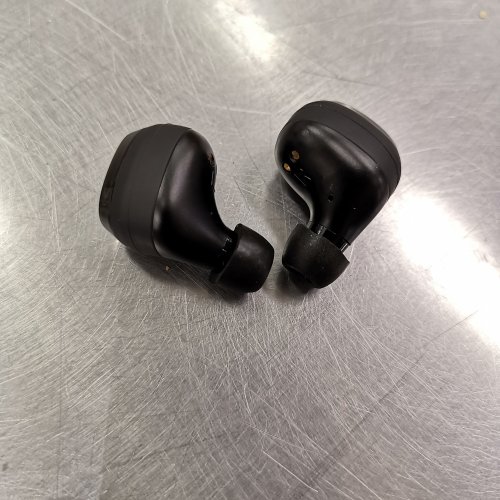 Finally took my kz e10 out of the box. These sound pretty good. Better than my APP by a pretty good margin. The hybrid setup is really nice. That said, unfortunately, the cutouts are constant rendering them almost useless. I assume I’m not getting any support or warranty on these? Kind of a shame. Fix the cutouts, add an IP rating and these would be a winner.

webvan said:
There is pretty faint hissing sound, likely courtesy of ANR/ANC but unlike on the L2Ps or M5s it doesn't vary between tracks so its barely noticeable.
Click to expand...

As long as it's about the same level of that TWS hiss level, it's tolerable. I'm thinking getting one for a "beater ANC TWS", going to use it for riding and sports. 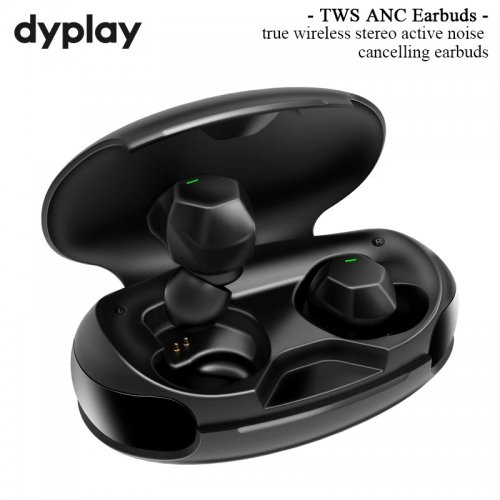 My man! They really are a game changer for my TWS'. I also just got the Symbio w/ peel tips and They have a very similar effect on the mids and treble. It's amazing what they have done for the Liberty 2 pro's highs. They do reduce some bass like the spiral dots, but I feel like the deliver a more accurate sound. Glad you like them!

In my experience driver flex is caused by the seal and pressure up against the driver. I can get almost all the TWS' I own to flex if I push on the with a good seal. I don't think it's really any indication of the quality of the driver because even the Graphene drivers in the Nuarl NT01A flex when I put them in, but maybe i'm missing something.

chinmie said:
As long as it's about the same level of that TWS hiss level, it's tolerable. I'm thinking getting one for a "beater ANC TWS", going to use it for riding and sports. It's been around on AE from different sellers, but this one is significantly cheaper..i wonder if it's different version or not
Click to expand...

Looks like a rebrand of the YBS35 ANC which I think someone posted here earlier, but without Qi charging. A bit odd Dyplay used a rebrand/generic shell as their other TWS seemed more "unique" and has AptX. I'm using their over-ear Urban Traveler 2 now, which is great for under 100$, but it definitely has a few shortcomings. Great sound quality but when ANC is turned on it becomes very bright-sounding (though still not sibilant for me). Good treble and mids but bass a tad lacking.

FYLegend said:
Looks like a rebrand of the YBS35 ANC which I think someone posted here earlier, but without Qi charging. A bit odd Dyplay used a rebrand/generic shell as their other TWS seemed more "unique" and has AptX. I'm using their over-ear Urban Traveler 2 now, which is great for under 100$, but it definitely has a few shortcomings. Great sound quality but when ANC is turned on it becomes very bright-sounding (though still not sibilant for me). Good treble and mids but bass a tad lacking.

Also, it looks like the Jabra 75t might be fixed at 240$ CAD on Amazon.ca now. It was fluctuating the past few days being 198$ yesterday...
Click to expand...

after digging through google a bit, and also contacted the Dyplay AE seller via chat, they said that their product is the same as they YBS35, and they also said that the YBS35 also doesn't support wireless charging and APTX codec.

i kinda believe the Dyplay seller, because that TWS uses Airoha chipset, and AFAIK only Qualcomm chipset would support APTX.

I'm on the edge on pressing buy

pbirkett said:
My first foray into TW headphones is with the Cambridge Melomania 1's. I did a fair bit of research on these and it was either going to be these or the Sony XM3s.

I ended up returning them after a week. Some of its issues are more about TW headphones themselves rather than specifically to the Cambridge.
My previous BT headphones are Anker Soundsurge headphones, which cost the princely sum of £18 a couple of years ago, but in fairness apart from the pretty poor battery life (around 4 hours tops) they seem to punch above their weight for sound quality.

Anyway I decided I wanted an upgrade so I plumped for these.

First off I bought them mainly for use in the office, but immediately found them somewhat impractical. If someone comes and talks to me (very frequent) then with my old neckbuds I just pulled them out my ears and let them hang on my neck. With these, I had to remove one of the earphones and either hold it or put it down (and hope I don't forget it). For that reason alone I don't think I'll be getting any other TW headphone.

Secondly, I nearly lost one of the buds on the very first night, it was walking home, raining, had my hood up, stopped raining, pulled my hood down, this caught the bud and nearly pulled it out. Bearing in mind I'm in the middle of winter in a country that gets little daylight at this time, and where I was there was little lighting, I could easily have lost it.

Third, the fit was difficult. I could get a good seal but keeping it was difficult. No such problems with my Ankers. I know people will say "buy foam tips" but thats an ongoing expense and I dislike how these foam tips end up looking after even a short period of time.

Finally, one earbud just start dropping out after a couple of days, so essentially defective.

However, even when they worked, I have to say I was disappointed. They don't sound any better to me than my £18 Ankers, despite costing me 5x the price. Now, I am aware that I'm paying for a lot of technology in a small package, but honestly, I was surprised and disappointed by that. In fact, I would go so far as to say the Ankers sounded more pleasing to my ears; the Cambridge's sounded a bit Sennheiser-ish to me, that is, they are more warm and bassy, so they just sounded a bit dull and unexciting to me. The Ankers just sounded crisper, cleaner, more enjoyable, and they were less than 1/5th of the price.

Apparently these sound nearly as good as the XM3s so with that being the case, I'd have to say, they're alright for convenience in certain usage cases, but for good quality audio, these are miles off the mark. I heard someone on a review say they were as good as full sized headphones. Well they might be as good as cheap ones, but compared to my B&W P7Ws they sounded pathetic quite honestly (although clearly not a fair comparison but still, at least one can temper their expectations when such a statement that they sound as good as full sized cans do are circulated).

So yeah, to answer the original question, IMO, if this is in the top tier of TW headphones then no they aren't ready yet, at least, not if one cares about good quality and reliable audio performance, as they delivered neither.
Click to expand...

Sorry to hear about your Melomania 1 experience. I’ve owned a pair for going on six months and I find that without the great fit I get with the foam tips that came with them, I could agree. But with the foam tips, they sound amazing to my ears. I owned the Sonys, returned them. Could not get enough volume out of them.
Anyway, your M1 experience and mine show why there are so many differences of opinion when it comes to headphones. I also have the Anker Soundcore Liberty 2 Pro, love them. Don’t let a single experience sour your search for TW phones.
Share This Post
post-15370243
Post #17,441 of 26,679

clerkpalmer said:
Thanks. I don't have any issues with the MW07. Probably my ears are starting to fail me. But I agree that MTW is pretty mediocre. These sound interesting but at $269 they better sing and they don't appear to be available in the US as Amazon is showing 2 week delivery. I'd give them a shot if I had an easy return option.
Click to expand...

Gotta give some love for the MTWs. IF you EQ them, they're a lot better. nothing like what they sounded like to me by default. I almost wrote them off pretty quick, then tried the app. Made a huge difference. at their current $209.13 they're not a bad option for sure.
Speakers; Monitor Audio Gold 100. Sub REL HT1203. Reciever, NAD T 758V3. Desktop, Jotunheim, Gumbi and loki mini. Headphone inventory:
Sennheiser HD800S, Mr Speakers AFO, Oppo PM3, Bose QC35, Shure Aonic 50, NAD Viso HP70, B&W PX7 Sennheiser Momentum 3
BT IEMs Plantronics Backbeat Go 3.
TWS Sennheiser MTW 1 and 2, Anbes 359, Nuarl N6 Pro, plantronics Backbeat pro 5100 Pixel Buds 2 Tronsmart Apollo Bold.
Share This Post
Reactions: howdy and d3myz
post-15370255
Post #17,442 of 26,679

Samplingentropy said:
Not what I wanted to read, mine (my first tws)i in the mail on its way from Ali to me. =\
Click to expand...

gibletzor said:
This was bad enough it happened with any tips I tried unless they were too small to actually make a seal. It was a terrible crinkling and popping if I moved my jaw or flexed any of the muscles that can make your ears move. I tried 5 different types of my favorite kinds of tips. I don't think it's s reflection of the overall quality of the buds, but mine were for sure damaged at some point at least.
Click to expand...

chinmie said:
As long as it's about the same level of that TWS hiss level, it's tolerable. I'm thinking getting one for a "beater ANC TWS", going to use it for riding and sports.

It's been around on AE from different sellers, but this one is significantly cheaper..i wonder if it's different version or not
Click to expand...

They're pretty ambitious with their -25dB noise reduction...some feedback from someone who's tried the XM3/APP/EB, etc... would be interesting !

That would be motorbike riding and not bike riding, right ? As you probably know you'll have to turn off ANC if any air movement is involved as the mics will pick it up and amplify it. That's ONE thing I don't like with the Echo Buds, you have to pull up the app to turn off ANR, with the buttons you can only cycle between ANR and Ambient. On the plus side turning on Ambient will automatically pause music. If they added ANR OFF it would potentially require an addition tap to get to Ambient. Or maybe they could make that app setting controllable with Alexa.
Headphones: AKG-K414, K420, K430, ATH-AD 700, Bose QC25+BT, Sennheiser HD-212, RS-180 et 2x RS-160, Superlux HD-681B, TaoTronics BH040 ANC
IEMs: Klipsch S4a, Superlux HD381, TRN-V80, TaoTronics EP01 ANC True Wireless : Amazon Echo Buds, Bomaker SiFi I & II, FIIL T1X, Havit G1, Mpow T5, Sabbat X12 Pro
Apple AirPod Pro, Anbes 359, CA Melomania 1, Jabra Elite Sport, Libratone Track AIR+ ANC, Sennheiser MTW2, Sony WF-1000x, Sony WF-1000MX3 ANC, Tozo NC9, Tronsmart Apollo Bold
Mics : Sony ECM-TS125, Andra SB-205W Binaural, Roland WearPro Binaural Players/Recorders : Zoom H1, Nokia 808, Nokia 830, Marshall London, Nokia 8 OZO
Share This Post
You must log in or register to reply here.