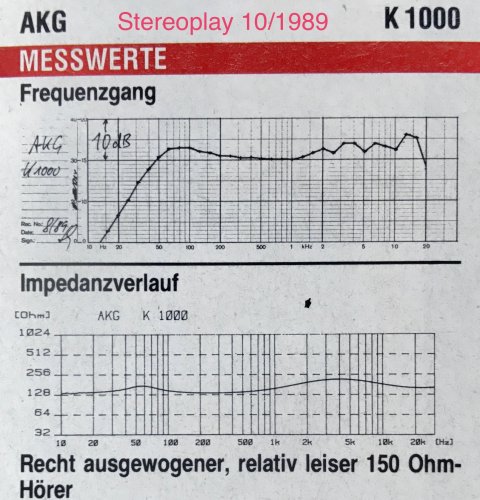 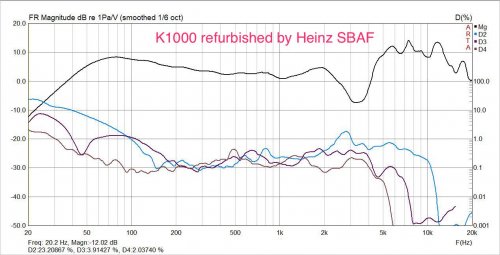 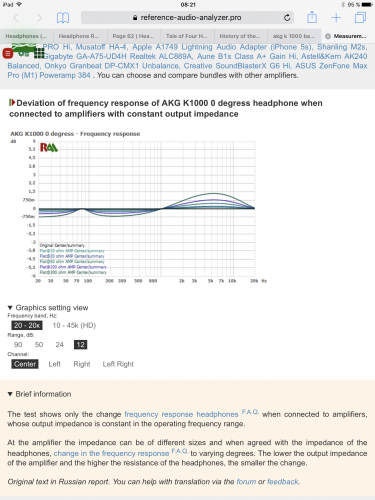 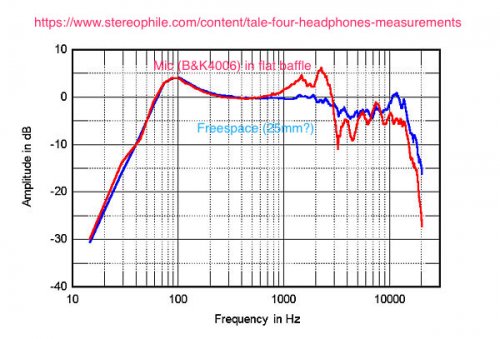 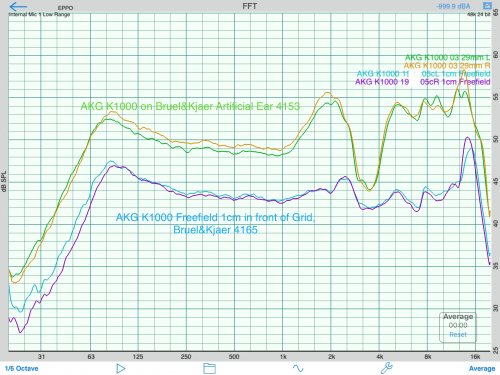 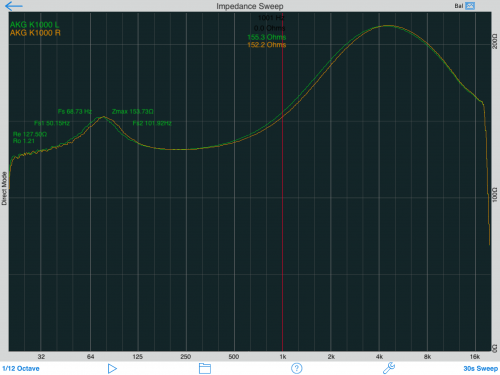 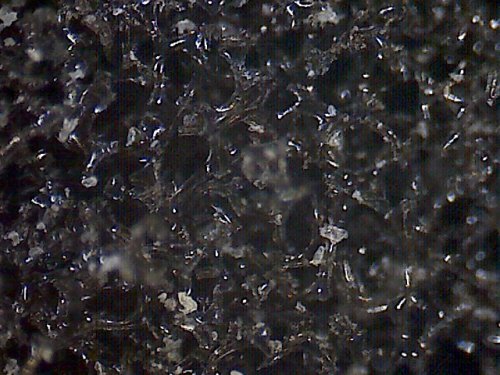 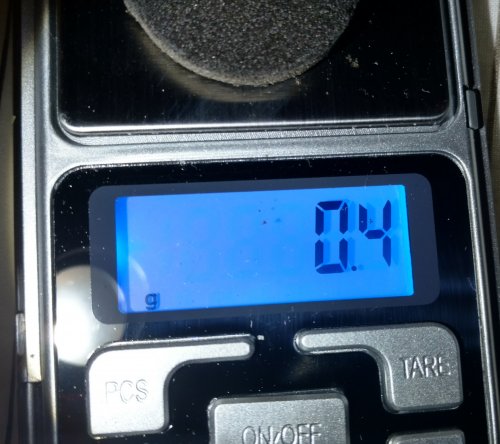 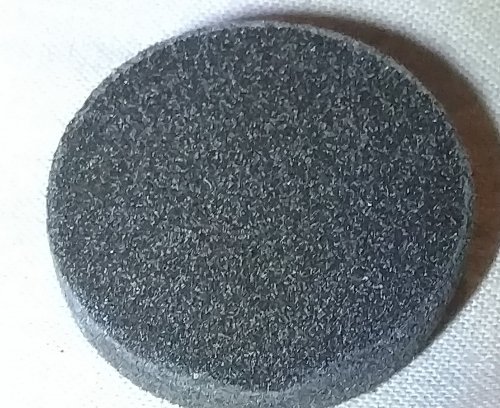 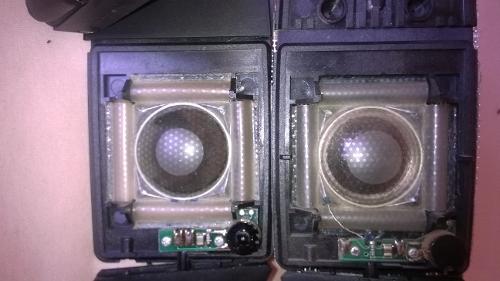 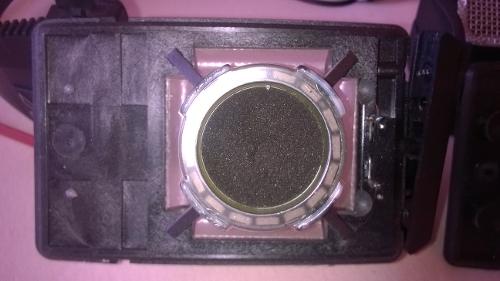 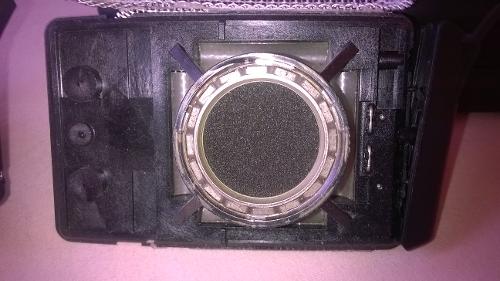 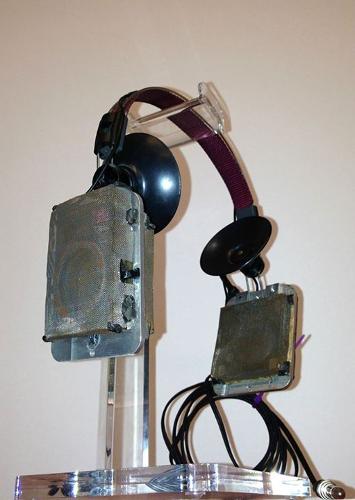 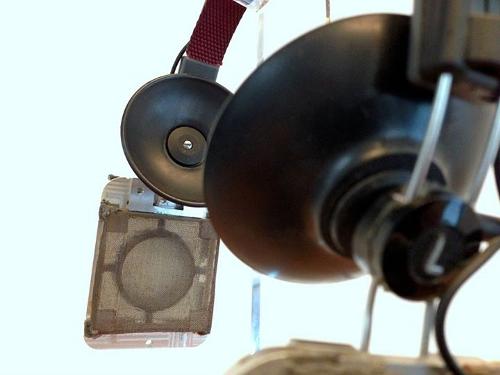 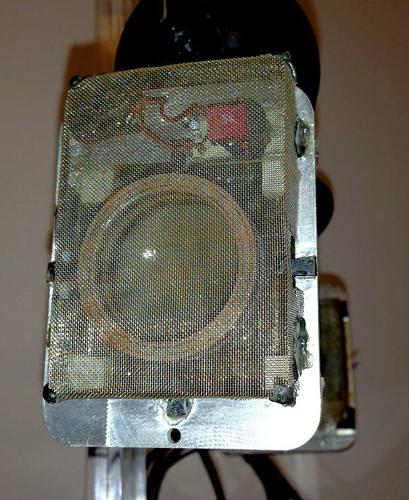 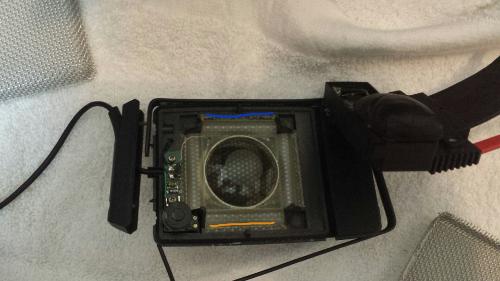 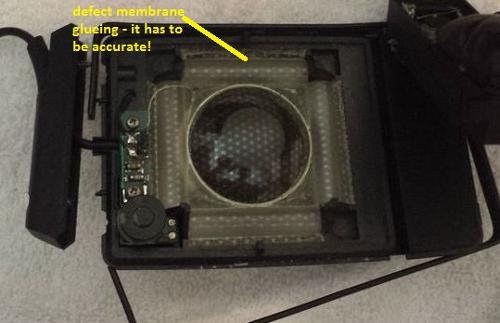 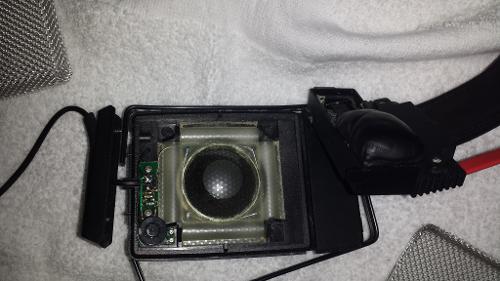 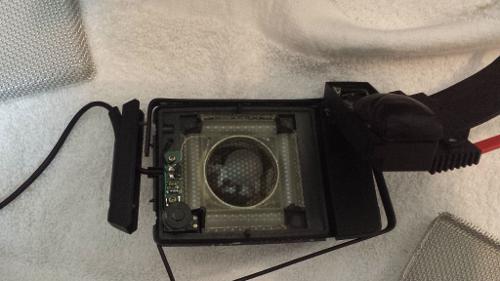 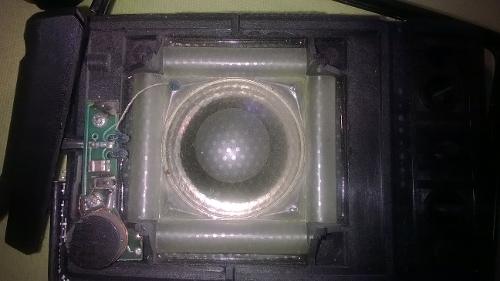 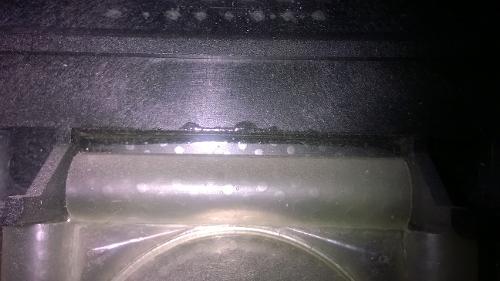 See full thread gallery...
You are using an out of date browser. It may not display this or other websites correctly.
You should upgrade or use an alternative browser.
History of the AKG K1000? As you can see, first, the plates below are totally different. Also there is a difference in the material of the driver. The later version is more transparent and the pattern of the bubbles is different. In addition to it the coating on the early is smoother.
At the right corner you can see the grid with two holes. They keep the driver plate and the rotary part of the headband together. On the early pair AKG used the glue instead of it. The back of the driver also is not the same. First of all, the opening of the old versions is a little bigger. There are overlaps on the round basket. Another important difference is the voice coil on the early pair is not protected in any way, and it's very easy to tear it. So, if you want to disassemble your pair, you need to be very careful. On the later version is not a problem because is conected from the front.

The difference in the sound is also very obvious. You don't need even to compare them side by side.
First of all, actually, it's not the bass. The most striking difference is the medium and high frequencies. The later pair is much brighter. Sometimes it's a plus. When you listen to it quietly it sounds much more emotional and it seems more detailed. But if you want to listen louder it can become harsh and very bright.
Second, The early pair has much more bass. It's still as a matter of fact not "bass heavy". But the difference is significant. Maybe 3 or even 6 dB.

But while taking pictures I barely touched the foam disk and the dent appeared. It's obvious that the foam is too old and maybe it's another cause of the rattle because it's not always the same. Sometimes using the same test track I can barely hear it in one ear or another and sometimes it's quite strong and obvious. Maybe small foam particles get into the air gape.

hrklg01
You described a method for replacing the foam but I have a few questions.

To repair of a K1000:
As Karl wrote, a K1000 driver last for long time. However, the foam placed inside the center of the driver migh age... It did not on my very old prototype, but I did never place it on the sunlight... Foams are typically aging on light....
If small foam particles get into the air gap of the transducer, I guess it will cause some rubb & buss when driving strong.
To repair this I suggest first:
1) to check with AKG's service about their possibilities and not at least about guarantee
2) to open the basket carefully - may be there is already know hoe in this formum for this?. Then to ged rid of the inside foam carefully by any sharp plastic device like a plastic knife. (Careful! Do not skratch the very thin coil wire!!!!) Then to blow very strong to the air gap while fixing by hand the membrane. (do not worry - no danger at all)
3) Place a new 80ppi PU foam quite loose inside the center hole and fix it with just a bit of white glue.
This repair instructions are without any guarantee of my side of course!
To check the driver again, apply 25Hz AC slowly till the maximum dispalcement. If you do not hear any distortion in the far field before the hard contact of the membrane, th driver will be ok.
Click to expand...


You haven't mentioned how thick should the foam disk. And I don't understand from the pictures how the foam disk is held up. There is no ledge or something to put the disk on. And the glue you described earlier (Ponal Wasserfest) is ok to do it?
And also I'm not sure how to cut a smooth round piece of foam. Do you have any suggestions? Sorry, many questions.)

Is it now in your hand?
Click to expand...


Of couse not.) I think it's in the museum of AKG or something. I only found the pictures.)

Nice post! I like the newer version better. The "bass heavy" version doesn't have the "magic" treble that they new one has. YMMV.

I bought mine brand new when they were selling the last of their inventory before discontinuing them. Mine are still in great condition.
Rob
Setup

Hello,
about the foam disk replacement:

The foam disk should be 5 to 6mm in thickness.
Made out of open bubbled foam - this is technically named "reklticulated" or in German: "Recticuliert". This is because the technology was invented by the company named RECTICELL"
It is basically a PU foam. The best is to ask for an UV stabilised type - this would be better for long lasting future! Buy darf colored faoms this will help also that UV light from Sun will not disturb it!
The technology many faom suppliers have implemented. It's nothing more or less to open all bubbles so, that the air can flow through.

The bubble typ is as mentioned 80ppi  = bubbles per inch.
This is also quite easy to count under a little microskope or strong magnifying glass when counted in one row.

To fix the foam the white glue is pretty perfect if not applied more than some little drops. "Ponal wasserfest" is very goodfor this too. However it's not so critical for this application. Just use any white glue you can get easely.

The disk should be cutted very little larger in diameter than the inner hole of the magnet system.
To cut the faom a pair of scissors is good enough - may be to cut some pieces more and use just he best rouned one you made.

If any questions are still open, please do not hesitate to ask.

...Adding young talents into a tiny company to show what is possible today

...Adding young talents into a tiny company to show what is possible today

Ps.The official link to the landing page, product name and logo to be released on the 24th of September 2016 "
Click to expand...

Can't wait to see it. I hope It will be as extraordinary as the K1000 was in 1989 and not so expensive as some of the recent flagship headphones (Utopia, Hifiman HE100 etc.).

qazxsw80 said:
Can't wait to see it. I hope It will be as extraordinary as the K1000 was in 1989 and not so expensive as some of the recent flagship headphones (Utopia, Hifiman HE100 etc.).
Click to expand...

It will be very very extraordinary.......and it will be not cheap

Look at nomax avatar, its been in there for a while, but I may be wrong.
Listen first, measure later.

"There's this idea that somehow you've got to keep changing things, and as often as possible. Maybe if people just decided not to buy anything for a while, they'd get a chance to think about what they wanted; what they really liked." - Vivienne Westwood

Classical only. Also, Greatest Ring Cycle. Plus my rave review of Tidal!

I have a pair of K1000s but one side does not work. I tested the driver with a multimeter for continuity and got an open circuit. Does anyone know what is wrong and how i can fix it?

lukevivolo said:
I have a pair of K1000s but one side does not work. I tested the driver with a multimeter for continuity and got an open circuit. Does anyone know what is wrong and how i can fix it?
Click to expand...


It depends how good your electronic repair skills are and  how far you wish to go.

If the cable no longer appears to be "new", you might wish to check for continuity as close to the driver as practical (so that you can still solder a new pat of the cable in place of the removed old one - WITHOUT having to open the grids, driver etc ). It is a slim chance that only the cable has gone bad.

If the cable is OK - you are into trouble. That means the tiny voice coil cable of the driver is someplace open. Download the AKG K-1000 Service Manual - read it well trough and think TWICE before taking any further action. My sample fell prey to the shoddy workmanship - or, also a possibility with the particular person doing the final driver assembly/soldering the voice coil wires to the terminals which on the other side have soldered the output cable - sheer lack of understanding just how far removed from a typical dynamic headphone driver the unique driver of the K-1000 really is.

Simply, that person soldered one of the output wires far too tight, with insufficient loop to allow for free normal movement requirement of this driver. Contrary to any other to me known headphone driver, K-1000's requires some +- 2 to 3 milimetres free travel - and too tight loop soldered wire ( with the "excess" doing nothing but bad impersonation of itself , freely dangling in mid air on the other side of the terminal ...) sooner or later simply gave up.

If THAT also happened in your case - DO NOT proceed beyond this point if you do not have (access to) a really good soldering equipment - which can precisely apply just the minimum heat required fo the job, as any excess would simply evaporate the thin voice coil wire. That piece of missing wire can be replaced - but no one can guarantee it will perform/sound exactly the same as before. I suggest sending such a unit to AKG for repair.

If you proceeded to this stage, by now it should be clear why the cost of the K-1000 repair costs as much as it does.

I suggest sending such a unit to AKG for repair.


Do they still repair the AKG K1000? I've heard that they ran out of the spare parts eons ago, especially the drivers.
I also have a pair with a driver with a damaged voice coil. Never noticed how I happened to break it. I gave up fixing it because the spare drivers are unobtanium

qazxsw80 said:
Do they still repair the AKG K1000? I've heard that they ran out of the spare parts eons ago, especially the drivers.
I also have a pair with a driver with a damaged voice coil. Never noticed how I happened to break it. I gave up fixing it because the spare drivers are unobtanium
Click to expand...

I just emailed them about a repair. It seems my coil is broken. Both of the wires seem to be attached though.
You must log in or register to reply here.