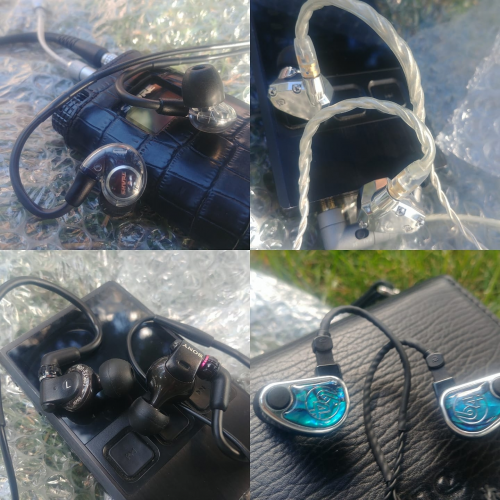 Hi there,
a friend of mine ask me to find trustable CANADIANS audiophiles who would be interested in reviewing High-End IEM from companies like 64AUDIO and VISION EARS.

I think that having a dedicated thread where we can keep contact as well as sharing impressions and suggestions could be very practical.

As well, it could be fun to know who's headfier is from MONTREAL too, perhaps for future meet up?

Right now we are looking for around 10 persons who would be interested to participate in a review tour that would include 3 FLAGSHIP IEM from VISION EARS: the V8, the ELYSIUM and the ERLKONIG.

Please manifest yourself here if you want to participate and share more about your experience with high end IEM as well as were you live in CANADA.

Though I’m only ever in possession of one good iem at any one time I have heard many in the $2k range and though I have never done a formal reviewing will certainly share my impressions.
Last edited: Aug 18, 2020
Campfire Audio Solaris 2020, FiiO FH3(work)
Sony WM1Z, ES100(work)
Triton Audio Cardas Clear 4wire(pw1950), Triton Audio Cardas Clear Light 2wire(pw1960)
Share This Post
Reactions: NymPHONOmaniac
post-15778771
Post #5 of 23

Definitely interested but not sure if I'm qualified to review something like the Elysium if I'm just getting into higher-end IEMs (64a Nio, Sony IER-Z1R, EA LX Odin, etc). Currently onIy have in-depth experience with AS T800 and FiiO FH7. I was born in Montreal btw and come down ocassionally during holidays to see family.
Share This Post
Reactions: NymPHONOmaniac
post-15778790
Post #6 of 23

I am interested and would love to be involved in discussions around these iems. Currently have the a12t and custom Phantom but I have been lusting after the VE iems and would be excited to see how they compare. Please let me know what information you need from me to be involved.
Share This Post
Reactions: NymPHONOmaniac
post-15778873
Post #7 of 23

Great, you are ALL welcome to enter this review tour, personally I only begin to climb into this price range experience. My TOTL IEM is the Final Audio A8000 (Dita Fealty and Fidelity aren't in same league IMO). The goal is to be really HONEST and make the comparison quest you wish, should it be about benefit sound return or niche End Game Target.

riverground said:
I live in North York, ON. And was part of the Dunu Luna tour!
Click to expand...

KuroKitsu said:
GTA people are probably close enough to drop off the stuff to the next person without having to reship if people are okay with that.
Click to expand...