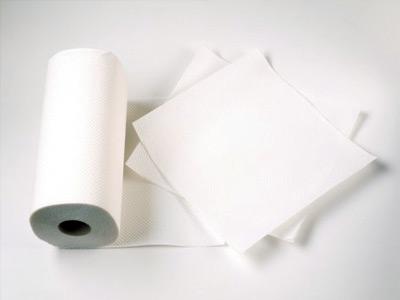 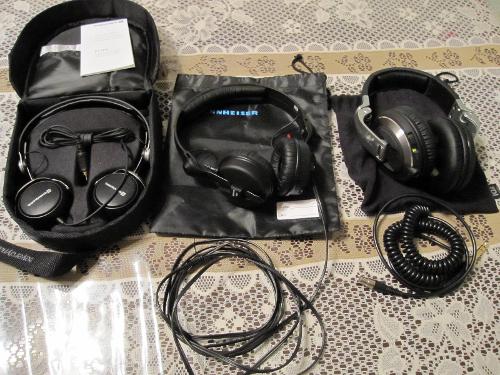 See full thread gallery...
You are using an out of date browser. It may not display this or other websites correctly.
You should upgrade or use an alternative browser.
[review/comparison] Shure SRH 840, Audio Technica ATH-M50, M-Audio Studiophile Q40, Pioneer HDJ-2000

I've owned these three studio/dj cans and have taken various notes, so I thought I'd share my impressions with you guys. There are plenty of threads on the 840s vs M50s, but not too many that compare the Q40s against them.

I'm going to write some more later, but for now I'm just going to get this thread started with a table.


Table 1: Subjective Undefined Relative Rankings Without Context
edit: because some people were confused, these are relative rankings as in "1" means I consider it first place in the comparison

Much much more to come later.

Isolation
The Q40 is the worst here, with large earcups that don't quite seal. The other three are all rather close. The M50 has better comfort and isolation if you put the 840 pads on it. The HDJ-2000 actually has bass ports on the back (hidden under the handband arm), but still isolates reasonably well.

Cord
The M50 cord isn't removeable at all. The 840 has a proprietary twist lock 2.5mm on the headphone end. The HDJ-2000 has a very secure mini xlr, but it's kinda pricy to replace. The Q40 has a simple 3.5mm screw on tip at both ends making replacement much easier. Why can't they all be like that?

Earpads
The HDJ2000 has the comfiest pads by far, though also the smallest. They are a supple (protein) leather and memory foam which cushions your head wonderfully. They are a bit shallow though, so if you have big ears that stick out then they might bottom out on the inner grill. I wound up rolling up a bit of gauze under the earpads just to give that tiny bit of extra clearance and better comfort.

The 840 pads are basically a step better than the M50 pads in every way. The Q40 pads, while not bad, simply fall behind compared to the rest here, composed of a soft fabric material. They are the largest and roundest though, if you prefer that kind of fit (where the 840/M50 are oval-shaped).

Headband
The 840 has a weird headband that straightens out in the middle, which places a lot of pressure at the crown of your head. There is also a lot of weight in the headband itself. The M50 is rounder, but not that soft. The Q40 is soft and cushioned and more comfortable than the M50 and 840. The HDJ-2000 has a rather narrow headband, which may not suit those with wide square heads, but is otherwise superbly comfortable.

Clamping Force
The M50s require stretching to be comfortable over extended periods, but will stay on your head through mild headbanging. The 840 and HDJ-2000 have the lightest clamp; but the HDJ-2000 is still secure, while the 840 will likely slide due to the weight in the band.

Comfort
The 840 headband is very uncomfortable for me, though mods can alleviate this and many others do not have this issue. The best natural fit for me is either the Q40 or HDJ-2000.

Ease to Drive
These are all relatively easy to drive. The Q40s like to have a bit more juice, but are perfectly capable out of an ipod (though it improves dramatically with amping). All of them can be driven to ear splitting levels.

Durability
While these are all fairly durable as far as headphones go (being studio/dj cans by design), hands down the HDJ-2000 feels the sturdiest.

Folding
One gripe I have with collapsible headphones is that the cups press into the headband cushioning. Not a big deal, but it feels like something that could have been avoided with proper design. The M50s and HDJ-2000 are the only two that fold in without touching the headband. Between them, the HDJ-2000 folds smaller and also has a unique folding mechanism. The 840 is clunky, but can be folded in different configurations. All the cans except the M50 also have removeable cords, making it easier to pack them up.

Sizing
If you have a watermelon sized noggin, then the 840s might be your only choice. For the most part though, all of these will accommodate the largest of heads. The HDJ-2000 is the smallest fit, and the strong curve in the headband suits round heads better than square ones.

Weight
The 840 is heavy and feels like it. The HDJ-2000 is next heaviest, but the cushioning supports the weight much much better and you hardly notice. The Q40 is the lightest and if you are sensitive to weight then this would be the best option.

Coolness
The tradeoff of the Q40 having a mild clamp and least isolation with fabric pads is that it also doesn't warm up as quickly as the other. The M50 is the worst here, making your ears sweat in no time.

Sound Signature
M50: sharp and punchy, with aggressive highs and lows that fight for your attention.
Q40: has a deep rumbly low end and smooth everything else.
840: the pothead of the family, everything is laid back and easy, with a slightly forward midrange that just tells you to mellow out
HDJ-2000: the performer, clean and technical when it needs to be, without coming off aggressive

Soundstage
The one area the HDJ-2000 falls short is in the rather narrow soundstage though this improves significantly with amping, unlike the M50 which remains the same. The Q40 on the other hand is nice and vast; possibly due once again to it's not-quite-closed nature.

Amping
The M50 benefits almost nothing from amping. The 840 only slightly so, gaining some traction on the bottom end. The HDJ-2000 improves noticeably and gains spaciousness and soundstage which it normally lacks. The Q40 improves dramatically and develops a much deeper, more cohesive and richer sound.
*note: observations are highly amp dependent, so just take these as generalizations

Man, I've been meaning to get back and update with more thoughts on these... but I just got my Pioneer HDJ-2000 the other day, and I'm honestly kinda floored. It is hands down better than the 840/M50/Q40 in nearly every category. Sound is superb and neutral, with the punchiness on the M50s, yet retaining that lovely smooth midrange of the 840. It isolates better (slightly), folds up more compactly, feels more durable, and for me is far more comfortable. If I had to nitpick, it's that the cups are slightly smaller and it lacks the nice rumble and expansive soundstage that the Q40 offers. On the other hand, the pioneer is also much more expensive, so you should expect a likewise increase in quality.

I will try to find some time this week to write down everything and also add my thoughts on the HDJ2000.

Here are my point form notes. One of these days I'll get around to writing things up properly...


SRH 840 (comparing to M50)
- fits larger flat heads
- better construction than M50 (in some respects)
- detachable cable
- more comfortable pads
- bassier but not as defined
- flatter freq curve
- nice across most genres
- shows an amp's sonic signature very readily
- slightly better vocals
- better isolation than Q40 and M50 by a noticeable margin
- least leakage
- most laid back sound of the three, entire spectrum meshes well together
- bass: laid back, rolls off faster than the others in the sub bass
- lightest clamp, even pressure across ears
- worst headband, very heavy, hard, rubber


ATH-M50 (comparing to 840)
- fits smaller and/or rounder heads
- a little bit lighter (not much)
- folds up neater, smaller, more flexible folding and also folds flat
- tighter control, but frequency response is a bit bumpy
- likes some genres more than others (rock)
- more comfortable with the 840 pads, very slightly bassier
- sharper lows and highs, high end a bit shrill
- don't like it from tube amps, sounds better from my D10
- bit of a wobbly frequency response
- "punchiest" sound, especially midhighs, at times obscures the mids
- bass: most impact
- upper mids (vocals) a bit thin and bright
- overall sound is crisp, but it just doesn't flow as nicely as the other two
- brightest of the three, most fatiguing
- tightest clamp, pressure below ear


M-Audio Studiophile Q40 (compare vs 840/M50)
- nicest headband
- lacks vertical rotation axis, otherwise would be comfiest on the ears
- in between clamping force of 840/M50
- least isolation of the three, only *barely* losing out to the M50
... also lower isolation due to lack of axis
- airiest
- widest soundstage
- less highs than the 840
- upper highs are not as crisp as the other two
- biggest difference with amp (tube), everything livens and tightens up
- bass rolls off quickly below 40Hz, but very strong before that
- flat frequency response
- bass: most rumble, would probably be most impactful if I had a better seal
- smoothest mids (vocals)
- cleanest highs, good separation
- the 840 is laid back, the M50 punchy, the Q40 is somewhere in between
- simple 1/8" screw plug on both ends of the cord; why can't they all be like this?


Pioneer HDJ-2000 (compare vs above three)
- slightly smaller earcups than the 840/M50/Q40; if you have big ears they might not fit entirely inside
- most comfortable of the lot, memory foam and protein leather
- mild clamping, but with the padding you hardly notice, stays quite secure on your head
- folds more compactly than the other three
- very sturdy cable, slightly difficult to remove, mini xlr connector (standard for replacement, but $)
- not quite as punchy as the M50, but close
- midrange is smooth as the 840
- small soundstage unless amped
- relatively flat frequency response for a DJ can (still U shaped)
- very easy to drive; does not need amp, but benefits from amping
- 298g without cord, 398g with cord and bag
- overall sound is better than the other three without amp
- bass ports on the back under the arm; let in sound, but not bad
- http://www.head-fi.org/t/570868/pioneer-hdj-2000-bass-boost-mod

Gah, I really need to stop using the word "neutral" when talking about audio; it's such a hazy descriptor. I meant that the HDJ-2000 doesn't feel like it colours (another fuzzy word) the sound in any way. It just gives a nice clean presentation. The frequency spectrum is slightly U-shaped with a bigger low end as typical for dj headphones, though not as pronounced as others. I might even say the highs are slightly recessed, yet I don't want to say that because things like hihats sound so crystal clear.

I've never tried the HDJ-1000, though from what I've read online the 2000 is a world apart. It's also twice as expensive though.

The pioneer is closed right?  Do your ears get hot hot?

The problem is that I no longer have the 840/M50/Q40 to make direct comparisons (sold the 840, traded the M50 for autobody work, gifted Q40 to my brother). Any comparisons/rankings I make will be by memory. Granted, I feel my memory for their sounds is pretty good... ok, I'll get to that in a little bit.

xtasi said:
The pioneer is closed right?  Do your ears get hot hot?
Click to expand...

epithetless said:
Thanks for posting your impressions, Armaegis. Given their U-shaped frequency response, how do the Pioneer HDJ-2000s handle sibilance?
Click to expand...

Any chance you plan on posting pics at some point?
Click to expand...

Also wrote up some more stuff in the second post regarding each category in the table.