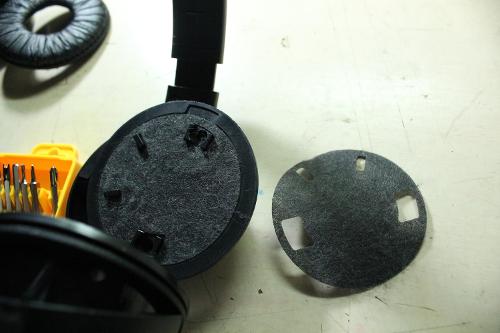 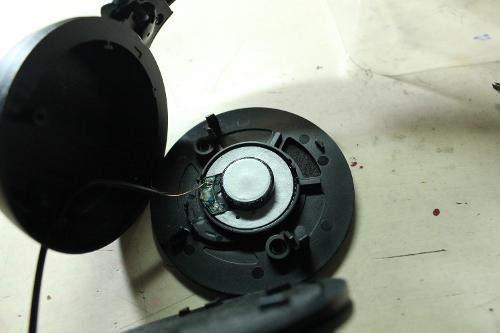 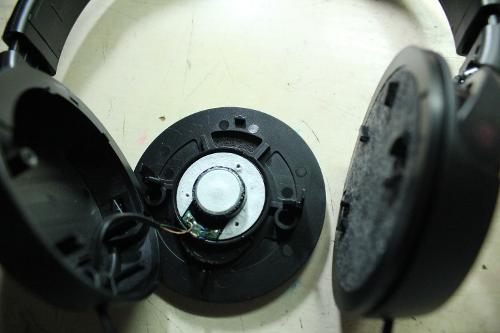 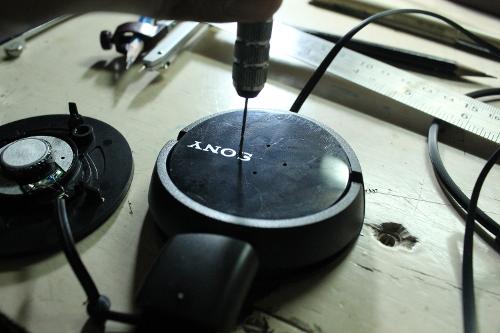 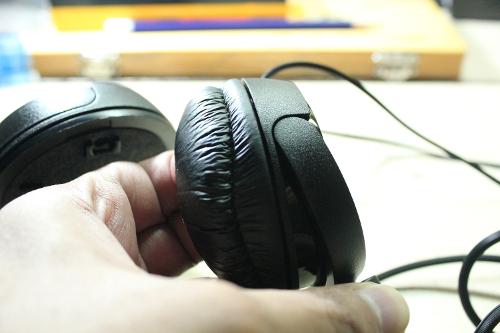 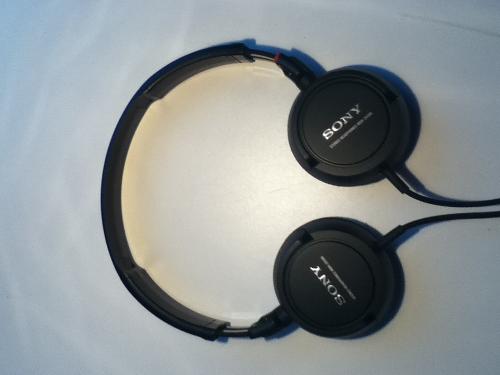 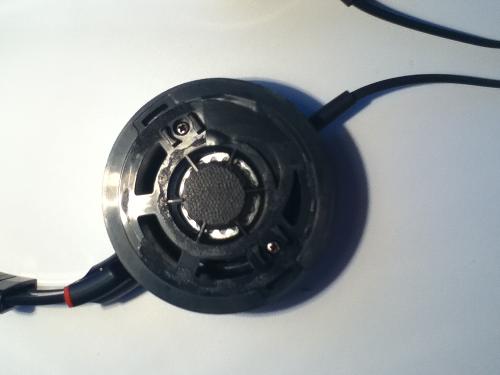 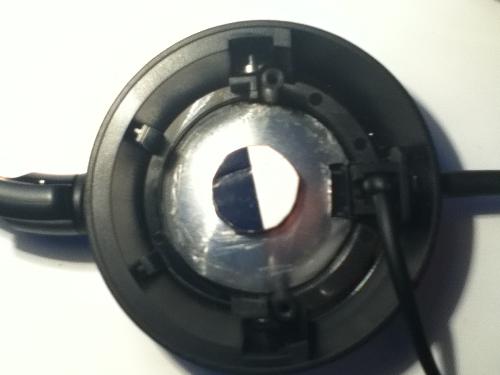 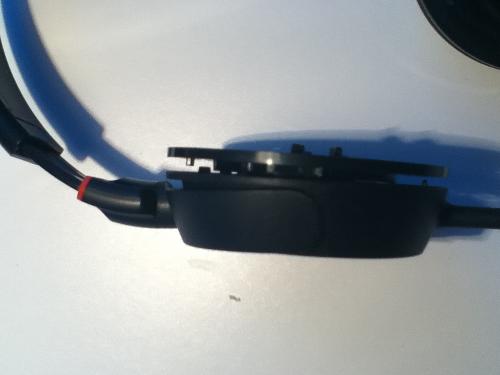 You are using an out of date browser. It may not display this or other websites correctly.
You should upgrade or use an alternative browser.
Modified Sony MDR-ZX100 So a couple days ago I came home from Walmart with these: the Sony MDR-ZX100. And for $20 I was impressed with the overall sound quality (after I took the fabric off that was covering the drivers of course). The highs and mids were good for the price after about 15 hours of burn-in, and were definitely the focus of the headphones. The bass, however, was almost nonexistent. This suprised me because I had ever heard a bass light headphone before. So the few days before I bought these headphones I had been reading up on some Denon headphone modifications. And when I got these, I remembered what they looked like and thought, "Why can't I do that on these? It seems easy enough." A few days later, I am holding my newly modified Sony headphonew, and man do they sound better! So here are the modifications that I made on the headphones. I encourage anyone who owns these to try it out! In this picture are the first two modifications to the headphones. The obvious one is the piece of plastic glued onto the very center of the grill covering the driver. This improved mid and treble clarity and really brought out the details in the vocals. The other one is the piece of electical tape over the hole next to the cable. This greatly improved the bass volume and range and gave the music the warmth thay it requires. If I were to cover the hole next to it as well, the bass would really be booming! Now for the internal mods. Pictured here is a simple soda can bottom, cut to fit in the bottom of the "can" part of the headphones. This improved pretty much everything: overall clarity, soundstage, instrument seperation, etc. The last thing I did was cut out a couple circles of cardboard and glued them to the top of the bottom of the can (haha). And the outcome was this: Because of the cardboard spacers, there was increased space between the housing and the disc that holds the driver (the space in the picture is exaggerated to make it easier to see). Now the headphones sound more like open cans and have a lot of soundstage. Great for gaming!


So after a lot of trial and error, listening to the same songs over and over again, and time, you now have a pair of headphones that sound like they're worth much more than what you paid for them. Have fun modifying!

Wow they actually used a different driver than the v150

Looks like a good candidate for a KSC75 swap after venting the back plates.
Sony MDR-V6
Westone 3
Sennheiser HD58x
AKG K7XX
Alessandro MS2e

how did you manage to take out the foam part?
https://www.facebook.com/wreckzalpedals​

Is there a guide that shows how to take these apart?

Remove the ear pad and there are two phillips screws. I have found removing the felt made the bass worse. I think this is uses to slow the bass waves down and sort of port the enclosure if you will. Removing the felt opens them up way too wide and while treble is increased, bass is gone, at least for me.

I have to say, for $16 these sound pretty darn good. I could not see paying $183 more to upgrade to the Beats Solo.
..it's a space peanut.

@Boombastic88: thank you for this great mod! Can't believe how good they sound with this mod! Personally I think some thin fabric is needed to take off the top of the higher frequencies. But tastes differ.

@Rocko1: the felt blocks the shorter wavelenghts of higher frequency sound. I agree with you that removing it completely makes the treble dominate too much.

Alright so I did a little experimentation with your mod, and I'm just going to summarize what happened.
The headphones I used were the old MDR ZX 100 with the shiny earcups.

Finally I put in one of the famous phat pad mods by inserting foam underneath the earpads.

What did this do?

-It left me with more punchy bass.
-Quieter midrange that allows me to turn up the volume for more bass.
-It basically left me with opposite sound signature of the a900x. [Equivalent bass, a lot less midrange, high mids presence, less treble]

What problems did I encounter?

-The earpads looked better and less wrinkly.
-The frequencies ranging between 2k-4k were more prominent. Meaning some guitar riffs and female rock singers may make it sound troublesome for people.
For example, Shine Days by GirlsDeMo, some parts were a bit exhausting.

I have found also a nice mod is to turn the pads inside out...They are leather on the inside and look a whole lot better IMO!

I may try this, since soon I will be hopefully upgrading to a different pair.

i cant quite figure out if the concave part is facing the driver, or its facing the back plastic part of the driver case...any tips?

To add to the thread, I just picked these up, and realized that with the stock earpads off, the driver enclosure fits perfectly into the HiFiMan Velour pads.
The improvement in sound is astronomical. Like, wow. That cramped, cheapo headphone feeling went away completely. The sub bass was still lacking, but the overall quality and openness of sound increased drastically.

I think your right, the pads are the main problem, they almost over too much area. Its some thing like opening your mouth, making a noise, and slowly closing your lips keeping your jaw just as wide.

After listening to my T50RPs for a while now I went back to my Zx-100s to travel. I thought they sounded great originally, but now Im too used to my good ones.


I actually thought something was wrong with them, but realized that's just how they sound.

Sub-bass wasn't there, mid-bass was over powering and muddy, highs were there but had no definition. Seems that they had too much air compliance, which considering the entire rim of the cup is open. I could see why.

So I ended up playing with stuffing them. When you stuff a box, you increase the effective size acoustically. I used cotton balls, started with one, didn't notice much, then added a second and I noticed more sub-bass, but mids were still washed out. So knowing the air compliance problem and lack of sub-bass, I just went crazy and stuffed 4 in there (getting the driver back in was a process heh). Mid-bass was toned down some, sub-bass was there but still very quiet, mids and highs were more defined, but more importantly just had an overall more clean sound in general.

Tomorrow when I have more time, Ill play with taking out some of the ridiculous amount of stuffing (maybe knocking it down to 3 to keep some sub-bass) but taping partially around the rim where the air moves in and out see if that can clean some things up


EDIT: Just came to the realization that taping the rim, won't allow the pad to fit...... Ill have to figure something out

After a bit more time, BMF suggested using some make-up remover pads. They are MUCH more dense then cotton balls. ATM I have 2 cotton balls and a make-up pad in each. The bass peak is now lower in the spectrum, but its still a peak. Things above and below the peak are lost. Kick drums and some low bass are VERY heard. But low low notes in bass are gone, and the low end mids are competely overshodowed. Highs are a bit more defined.
You must log in or register to reply here.