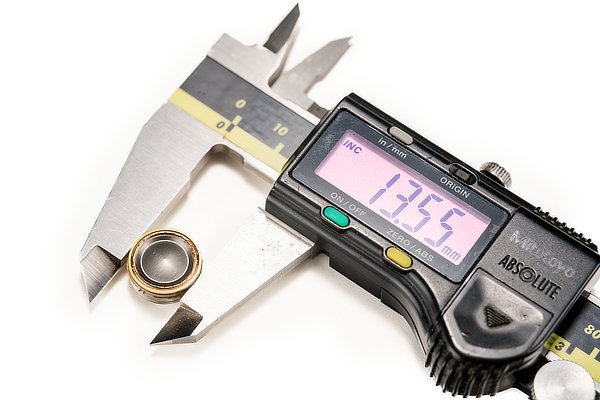 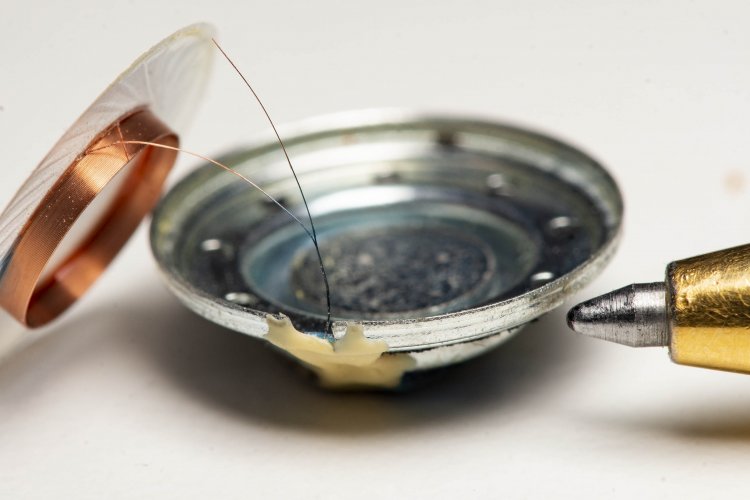 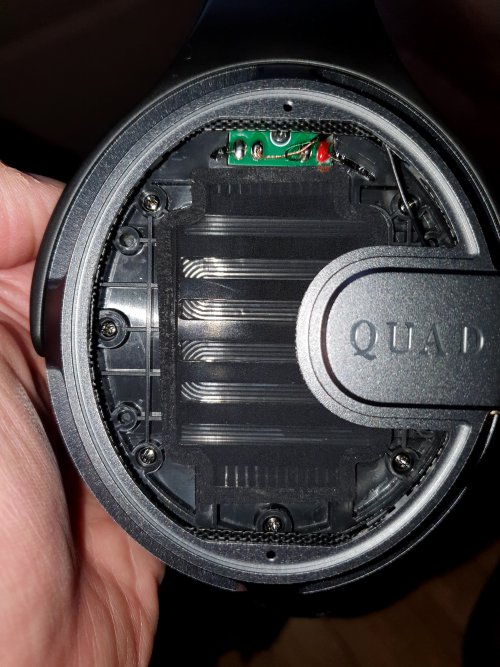 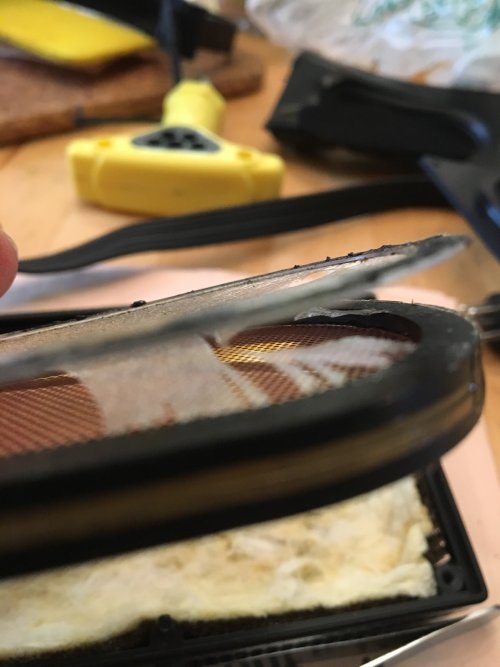 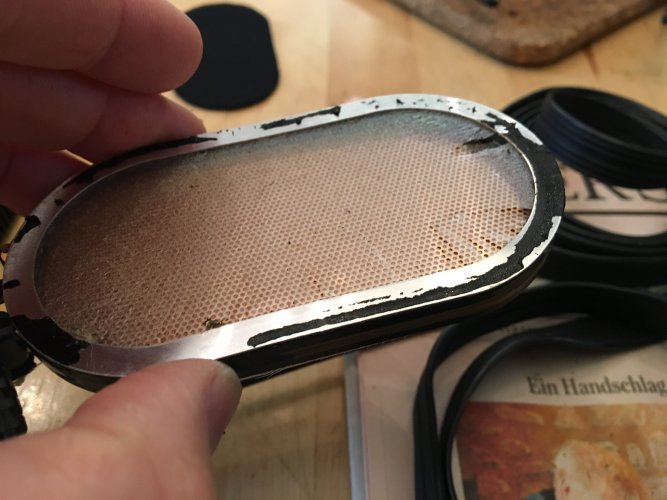 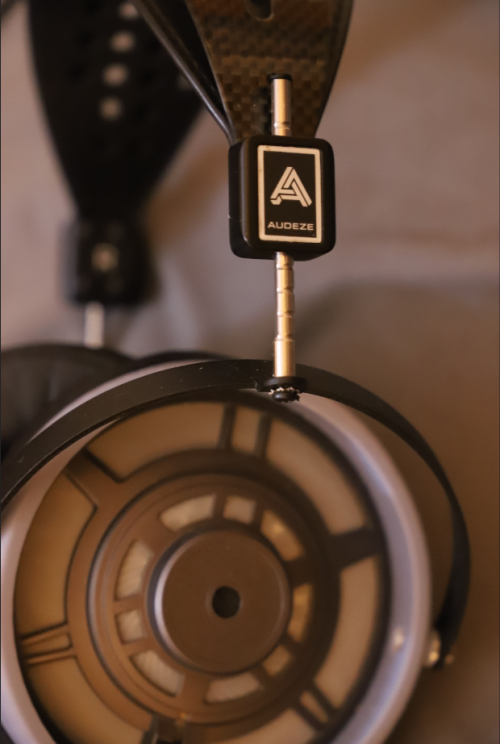 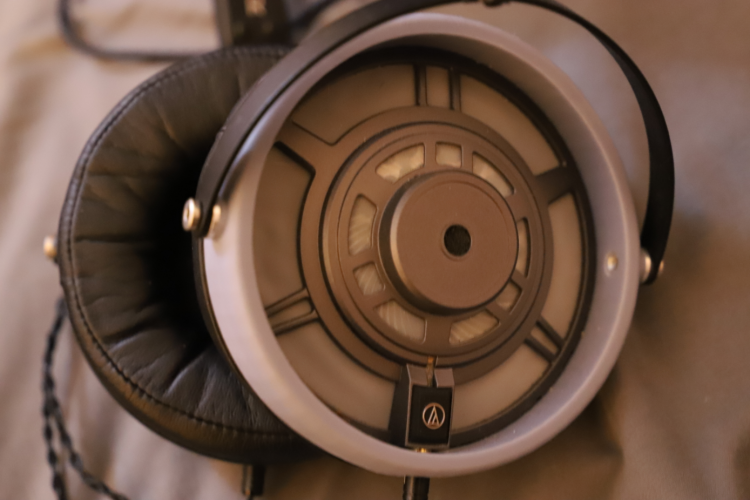 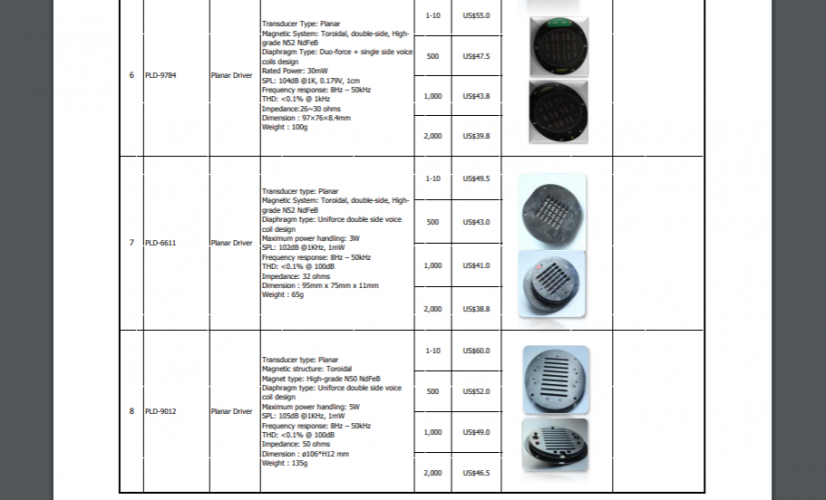 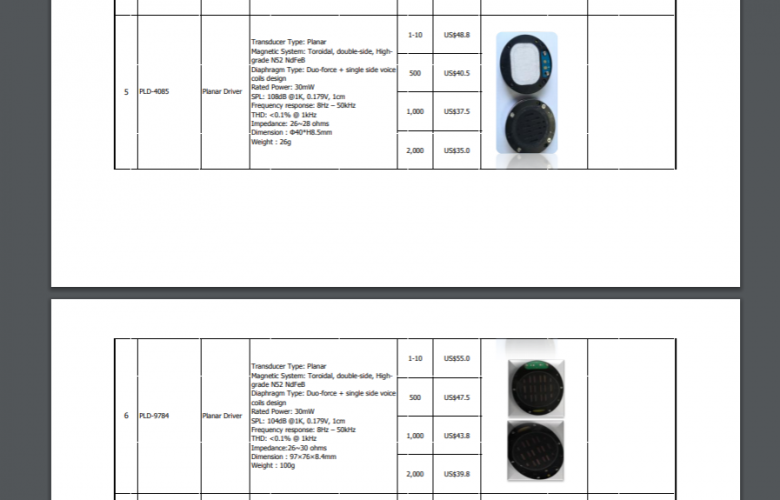 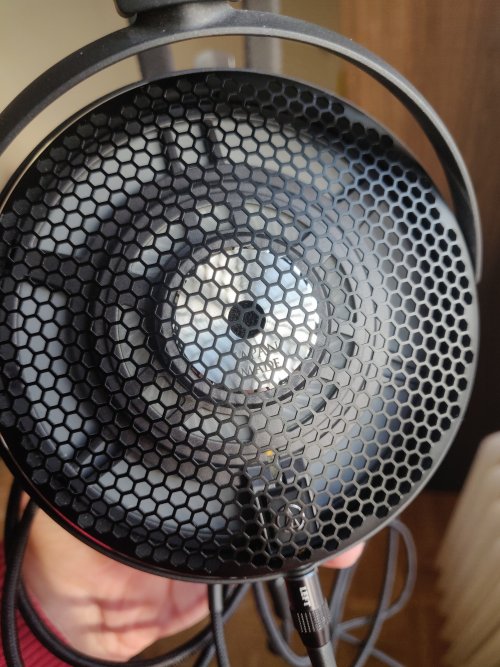 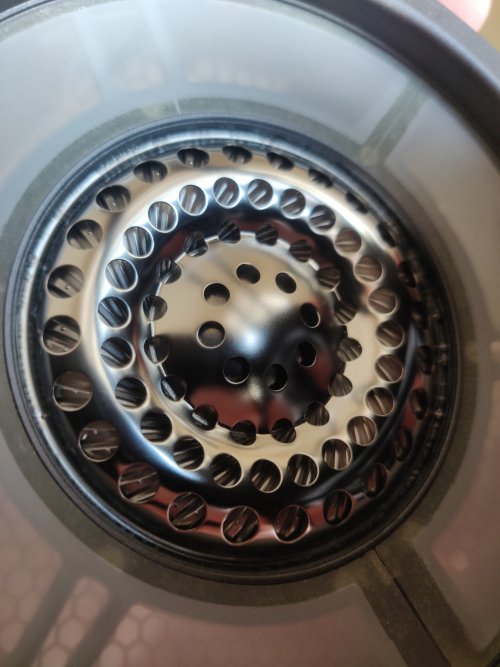 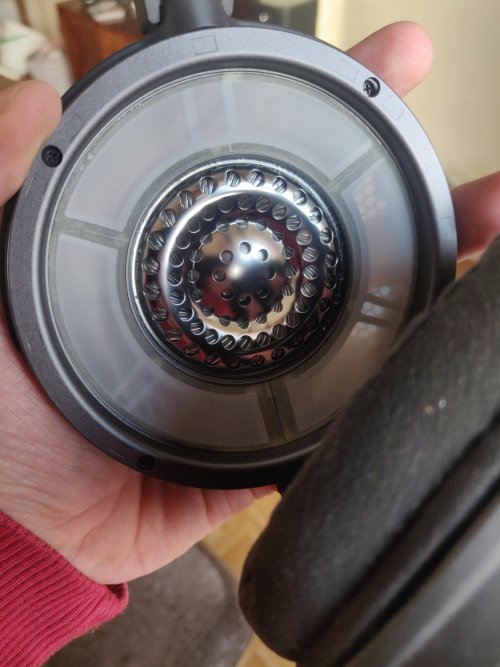 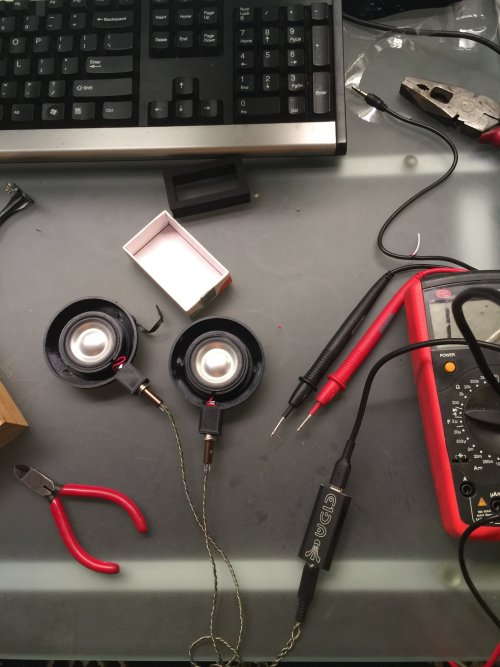 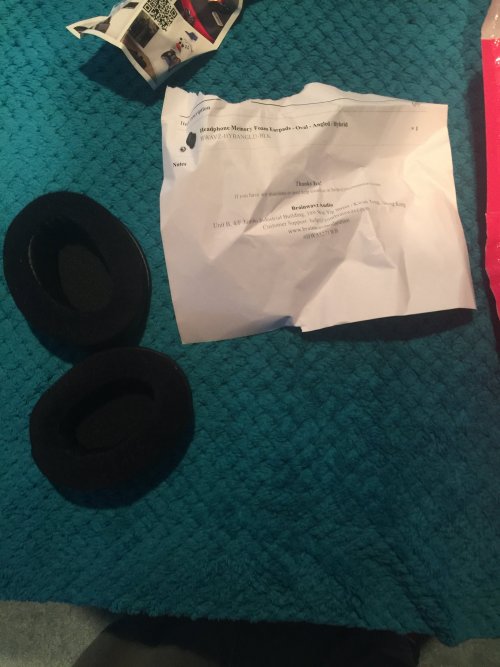 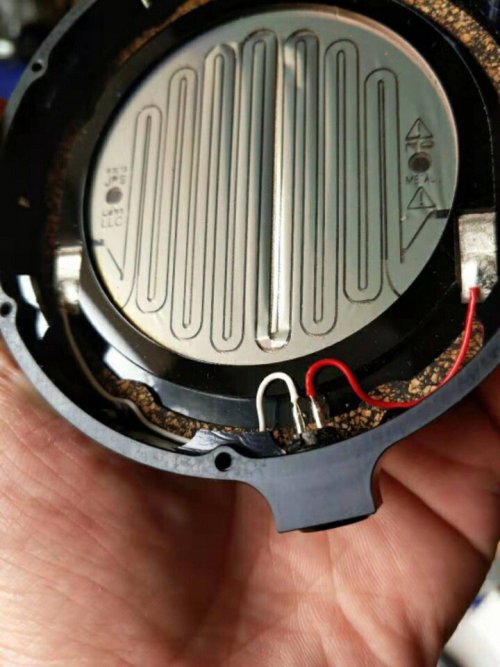 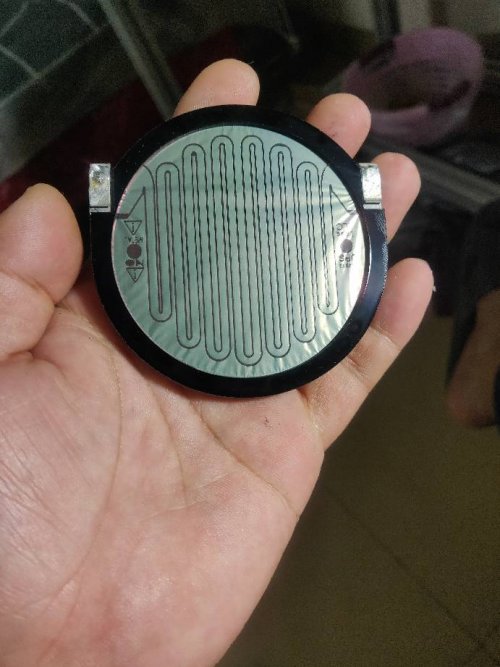 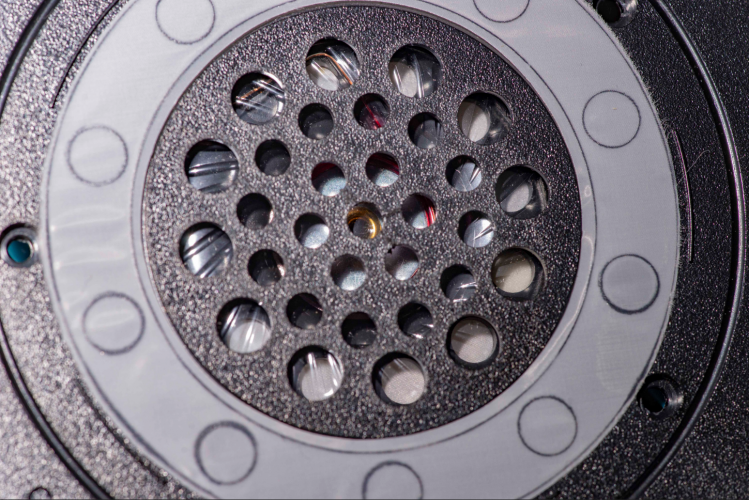 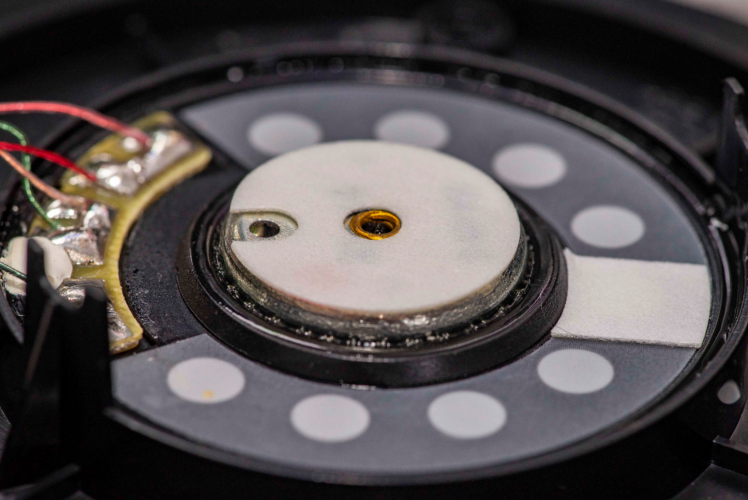 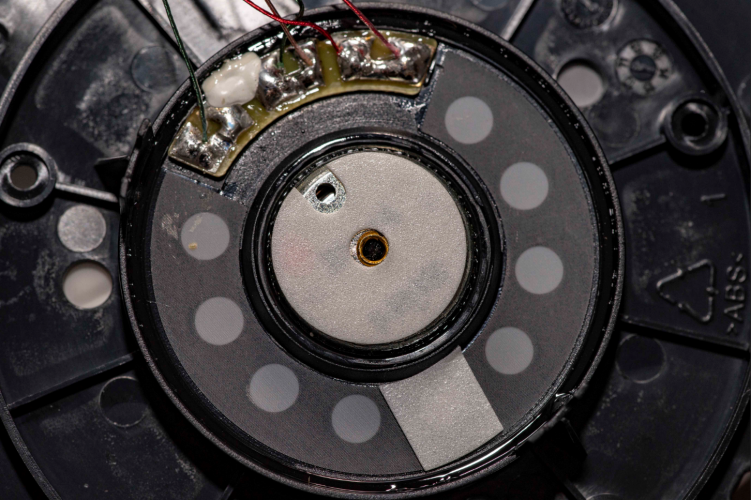 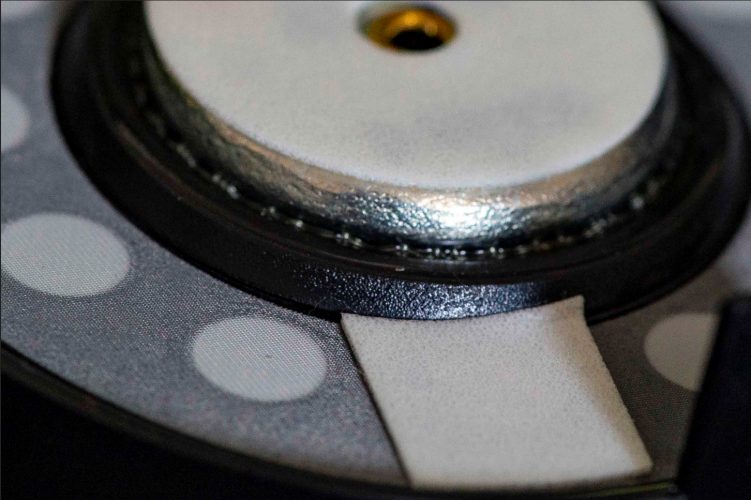 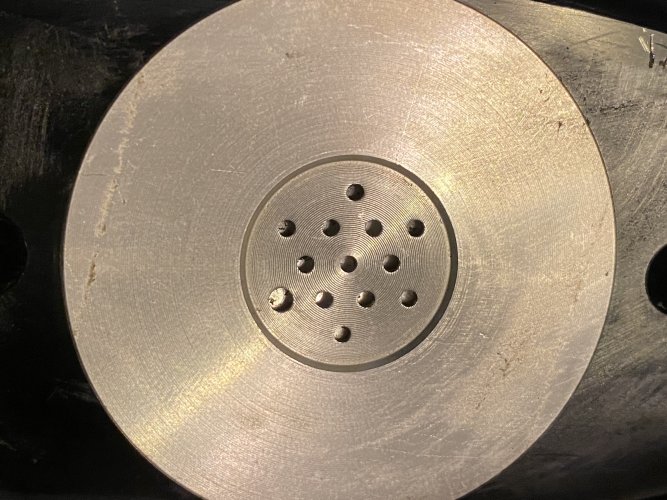 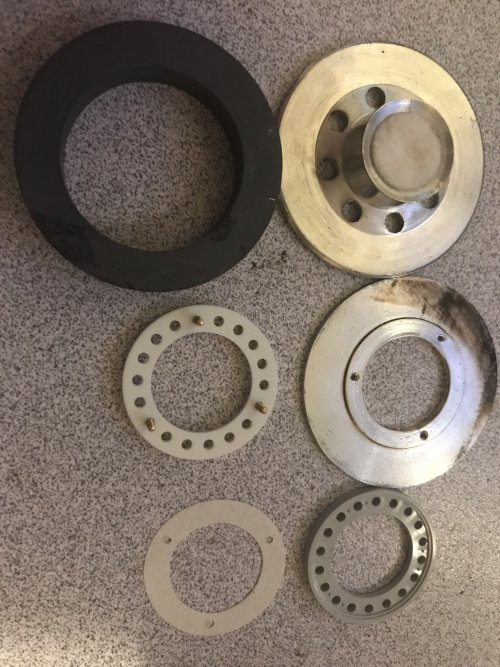 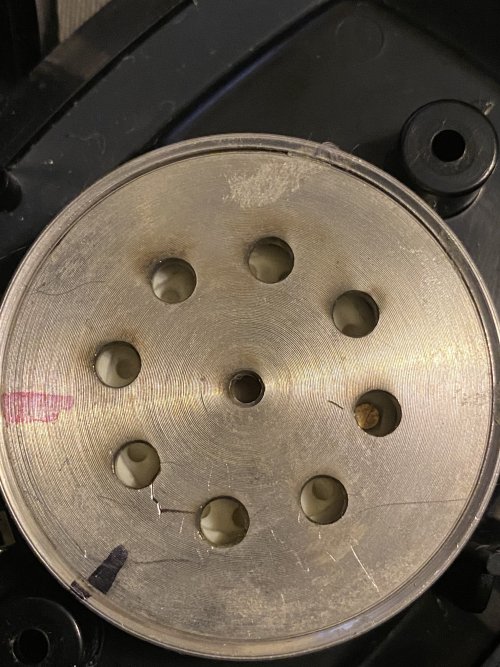 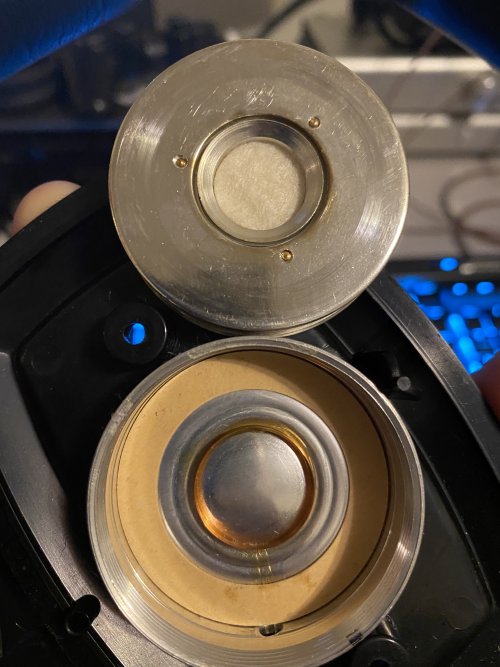 You are using an out of date browser. It may not display this or other websites correctly.
You should upgrade or use an alternative browser.
The Headphone Driver Pics Thread

There are already a lot of pics posted of various headphone drivers in different threads, but this thread is intended to consolidate them all into one thread. That way we can analyze and spot driver differences or similarities between various headphone models and brands. So if you have ever taken yours apart, post pics of it here.

List any specs that you can find out about the driver, whether obtained by yourself or already given by the manufacturer. The measurements can be approximate, just round off to your unit of choice. Also, if the driver has any sort of identification markings on it, list those too.

Information from my own estimates, no hard data.

...the Audio-Technica-built driver used in Realistic PRO30 and A-T's own ATH-1 and ATH-2. 30 ohms, one of the lowest-impedance isodynamic drivers I know of.

Pleated nontensioned diaphragm from Peerless-MB PMB 100. Similar to diaphragms in non-YHD Yamaha Orthodynamics. Note that the center of the diaphragm is clamped. This photo and the one below are from MB Quart's Willi Presutti.

Complete 55mm PMB 100 driver. Note the clamps. By contrast, Yamaha drivers are glued together. Also compare this driver to the one in the TDS-5M below.

Koss A/130 on its baffle. Note the damping pad covering all but two vent holes. Photo by Kramer.

Elektronika TDS-5M: a pretty straight copy of a Yamaha HP-1 made in the Soviet Union, using a copy of a 55mm PMB isodynamic driver. Wild! Photo by yvfed1.

Stax SR-X Mk 3 driver. From a Japanese site showing how to disassemble an SR-X and SR-5.

Quote:Originally Posted by TysonI lock all my doors, because as a whiteman I need the privacy to invent better drugs to keep everyone oppressed.

The best pic I can get of my RS1, without destroying it.

See my profile for all my cans, amps and sources... Happy Listening!!

Here is one from my old stanton srs-265. I didn't take one for my k340 yet cause i'm enjoying them too much right now

lol, that is a "before" pic I took, prior to my series of life-giving surgeries performed on them.
It's funny, though, that I have opened and reopened them to modify the dampening cotton so often, that I could hardly bother to take another picture now :rolleye:
Home: Trends UD-10.1 -> Zapfiltered Zhaolu D2.0 Balanced Out -> Kenwood KA-7100 -> Koss A250/ AKG K340

If this thread were alive a week ago I could have posted pics of my Sony E888-LP "Biocellulose" drivers... The dog found them and decided they looked tasty...

They're long gone now tho..

Wierd wedges/crevices on the outside of the K501 driver.
Similarity between the backsides of the A130/250 and the SHP805 driver.
Trance addict.

Yep, a lot of dynamic headphone drivers look alike, especially from the back. Notice in these photos that they all have damping pads.

Hey aznsensazian, it looks like your stantons are really just yet another case of OEM by MB Quart. The freaky "cardamatic suspension" gave it away. In this case what you have is evidently the top of the line QP95, especially if the back grilles of the earcups look like the one in this pic: