USB is bi-directional and transfers both power and data. It is plagued by noise/RMI/EFI problems that negatively impact on sound quality.

Noise issues MUST be addressed as early as possible, preferably at the source such as the computer.

The iSilencer+ stops noise in its tracks:
The iSilencer+ is the most direct and simple upgrade for any USB port. It lowers noise/RFI/EMI by up to 40dB or 100x.

Pros: Affordable; unobtrusive; DOES actually reduce the noise floor
Cons: May not be effective in all systems; the effect is likely small; the effect may or may not be audibly perceivable
Caveat #1: I am in no way affiliated with iFi Audio (other than being a satisfied customer of their products). I purchased the iSilencer+ myself, I did not receive a review copy.

Caveat #2: I am a scientist by nature (and profession), and therefore try to remain objective in this strange, dark land of audiophilia. I am well aware that snake oil products exist in abundance, but I remain open to trying new products/technologies/ideas.

I use the iFi iDSD Nano Black Series as a DAC/amp combo at home, as well as a standalone DAC in my office (feeding a Matrix M-stage v.1 amp). I wasn't necessarily experiencing noticeable USB noise issues in either of these two configurations... but you never know how/if things can be improved, right? So when the iFi iSilencer+ was announced at a mere £49, I was certainly intrigued. COVID-19 has kept me a bit bored at home, so I decided to give it a try.

When I received the new iFi iSilencer+ I was having trouble discerning by ear whether it makes a difference on the Nano and Sony MDR-7520 headphones. I don't have access to my (more revealing) office system for the foreseeable future, so I just have this setup to try.

So in my quarantine-induced boredom... I decided to do some objective measurements!

Any other measurements of devices like these that you're likely to find floating around are going to have been conducted with equipment that analyzes the signal itself (rather than how that signal translates to headphone performance). I wanted to do something different here for two reasons: (1) I don't have that fancy equipment, and (2) I wanted something that might be more representative of what I/you can expect in actual use, i.e., how is the noise floor affected as measured from the headphone playback?

So what I did was play a sine wave through the 7520s and record the output on my ThinkPad T470s screen microphone (like I said: no fancy equipment). I generated a 1000 Hz sine wave in Audacity at 0.005 amplitude (0.5% of maximum amplitude). Why so low? I wanted to test the iSilencer+ in its true use case: USB power. To make sure that the Nano powers through USB when I unplugged the cable to add the iSilencer+ in-line, I needed to turn the volume knob all the way down to power it off, so that I could power it back on after plugging the cable back in. This meant that the only way to maintain the same volume across the two recording conditions was to turn the volume all the way up (i.e., hard stop when turning clockwise). The tone at 0.005 amplitude yielded a normal listening level with the Nano turned all the way up, so I used this level to generate the tone. Having such a low signal volume also lowers the SNR, potentially allowing any benefits of noise-reduction to be observed more clearly. Recording and spectral analysis were done in Praat speech acoustic software. 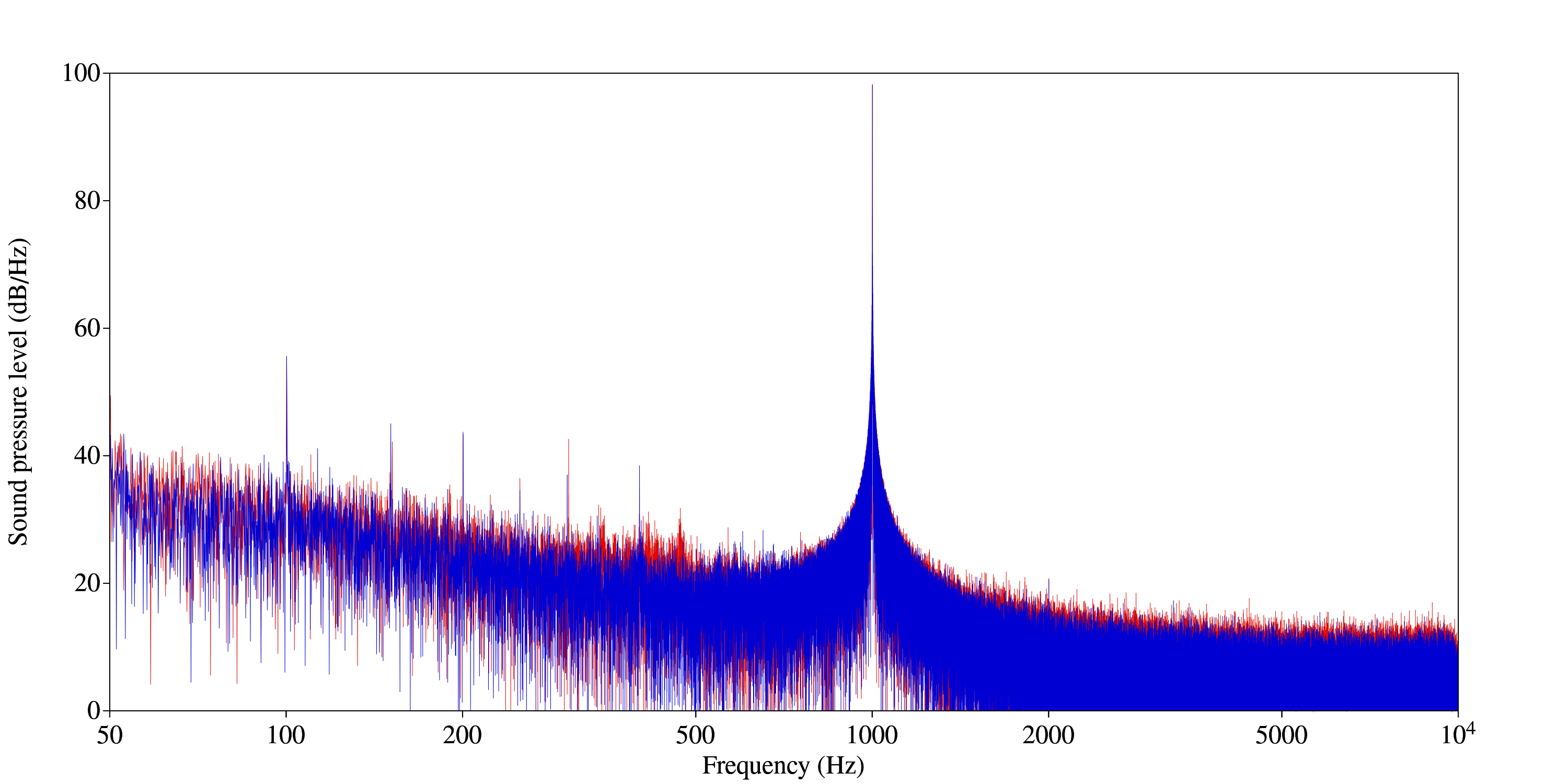 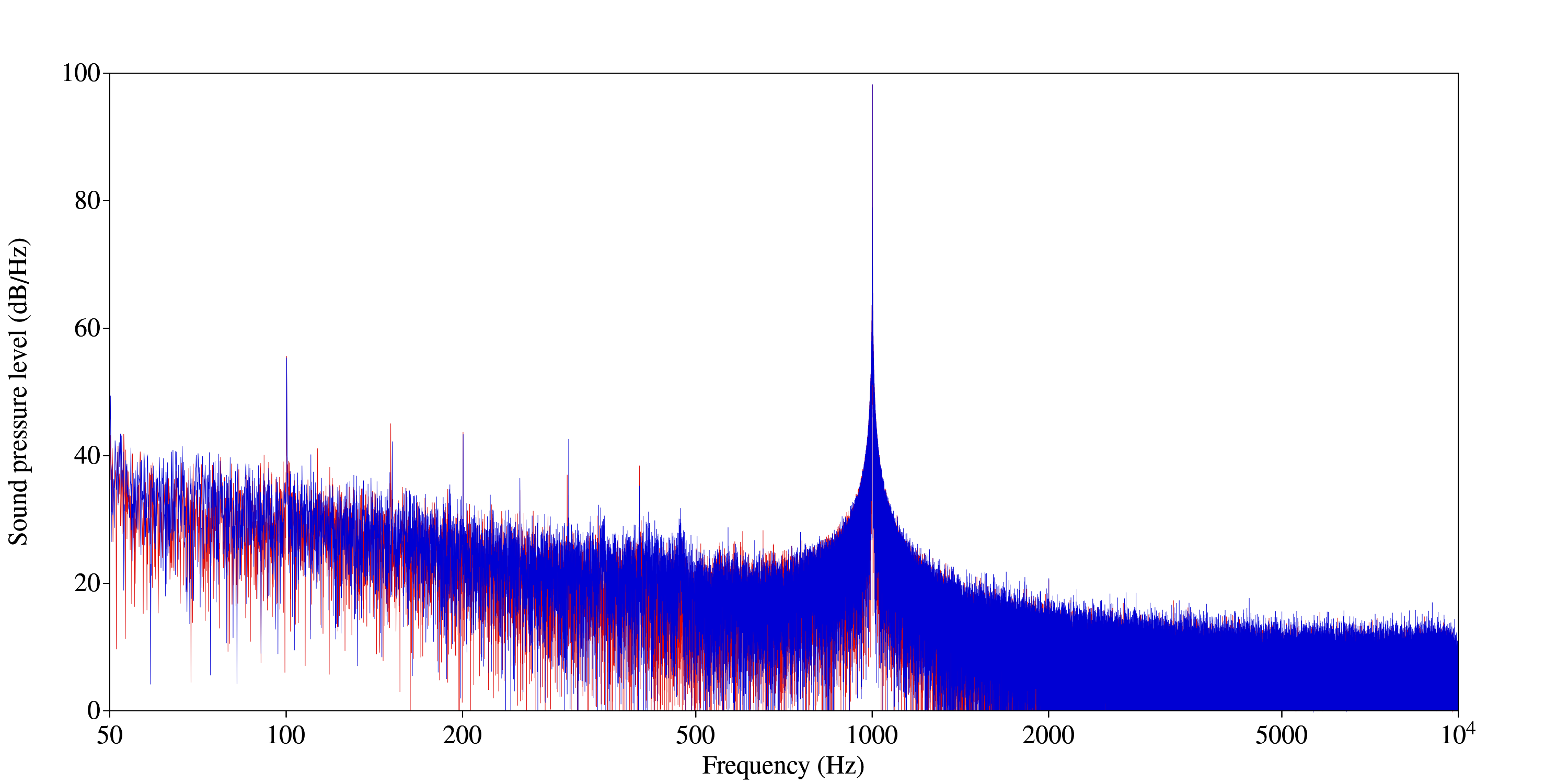 To empirically test the effect, I applied a 900-1100 Hz band-stop filter (with a 100 Hz bandwidth) to isolate the noise component in the audio; see Figure 3 for the resulting spectra (without the iSilencer+ in red, with the iSilencer+ in blue). I then computed the amplitude in 10 ms windows over the 10-second audio files to perform a Welch Two Sample t-test on the difference between the two. 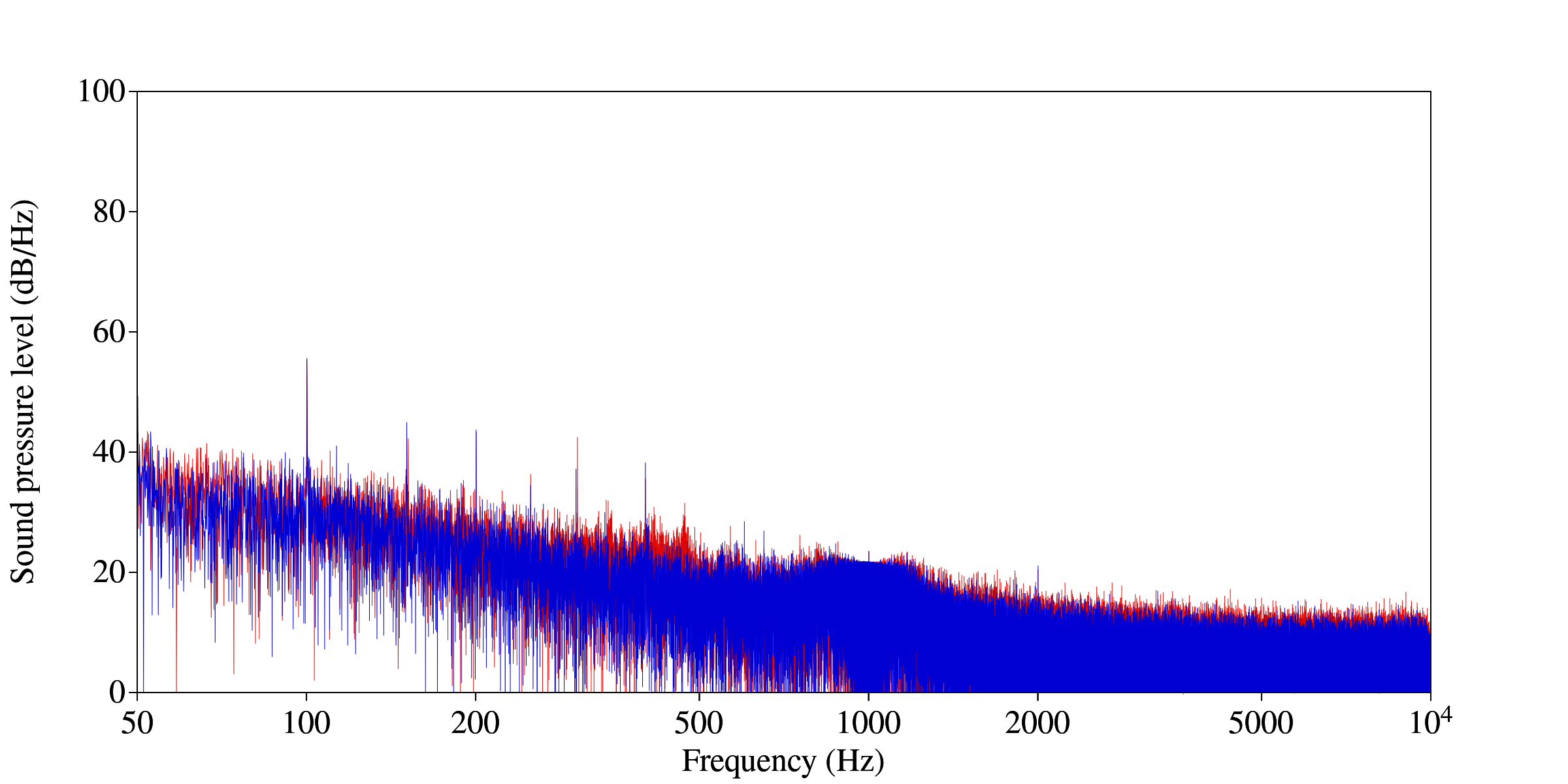 In the end, even though I can't necessarily hear a difference, my own tests have convinced me that the iSilencer+ does have some effect. Since the iFi Nano has an extremely low noise floor as it is (in normal use), my hunch is that the noise-reduction would be even more effective in some other systems (but not all).

However, the effect seems to be large enough even in my case, that I'm going to keep the iSilencer+ for piece of mind.

5/5 stars given to the iFi iSilencer+ for actually doing what it claims to do, even in a "real-world" scenario... minus 1 star for not being able to actually hear the effect...

audiomonkey777
Just going back to my earlier comment above, iDefender+ did the job. Seems the iSilencer+ and iDefender+ are both winners.

MarkSubsonik
Thanks for the review! I would just like to add my experience. I also have been very bored lately and seeing as I use a laptop with Audirvana 100% of the time, I wanted to see if this gadget would improve on what I currently have. My setup: Samsung Flash Notebook > iSilencer+ > Audioquest Forest usb cable to Pre Box S2 Digital DAC (powered by a Topping P50 LPS) I am noticing quite a bit of difference when a/b ing with and without the iSilencer+. That said, I'm not sure if it's something I like or not yet as I've only had this for about 2 days so far. So, in my case, I'm noticing a 'darker' background while listening but also experiencing a slight roll-off of the treble for some reason. Maybe a side-effect of the process of cutting out the noise in the signal? I'm not sure. I'm still testing but, it does seem to do what it is intended to do. =)

chrismini
I'm kind of wondering what would make a better improvement: The iSilencer+ or an Audioquest Jitterbug. I have an old DAC with an adaptive USB to spdif chip.(Burr-Brown PCM2902) Won't do anything above 16/48. A new DAC is on the horizon. Until then I want to make an improvement on my current unit.(Headroom Micro DAC I bought in 2007.) USB noise is a major issue, so I'm leaning towards this unit as a new asynchronous USB would less sensitive towards packet errors and the jitter and PC's are horrible sources of RF. Anyone have any feedback?
Read more…