The 1More SonoFlow aims to bring ANC and LDAC to the masses for a reasonable price, but how well does it deliver? Stay tuned to find out.

My first Bluetooth headphone was made by 1More - the MK802. This stylish headphone had great headband build quality and good sound for the price, but my main issue with it was the comfort as its small earcups rendered it more like an on-ear design for larger ears. Since then, my experience with 1More has been somewhat mixed. I enjoyed the Triple Driver IEMs but found them a tad difficult to stay in my ears, while the 1More Dual Driver ANC True Wireless had a similar issue and poor battery life which prompted me to return them.

1More usually excels in the design, but this headphone is a major letdown. The overall appearance of the headphone is fine, though when you are wearing these nothing really stands out as the bright red accents inside the earcups would be concealed.

The earcups are exactly the same design as the 2-year old Tranya H10, right down to the button layout and microphone ports. It is possible 1MORE was involved in the development of the Tranya but I could not find any information to confirm this. The earcups are a bit on the small side for an over-ear and therefore not very breathable, though comfort is fairly decent. The headband is completely redesigned, but not for the better. The material is a cheap plastic, which constantly makes a clunking sound somewhere at my slightest head movements. The problem seems to be coming from the headband itself rather than the hinges, and the lack of screws on these headband parts means this problem cannot be easily addressed.

The SonoFlows offer a lot in terms of connectivity, supporting SBC, AAC and LDAC. The connectivity tends to be great if you are using it on one device, though I have experienced intermittent dropouts in busy areas.

I commend 1More for giving these the ability to use LDAC AND multipoint at the same time. Generally the connectivity is consistent, but sometimes it will inexplicably disconnect from my phone altogether when I also have it connected to my laptop (both on Bluetooth 5.0). There’s also a catch with the multipoint - similar to the Soundcore Life Q30, they only remember the last-paired Bluetooth device the next time you turn it on.

There is app support but I find the options rather limited. There's currently no custom EQ and the app overall feels rather like a beta version.

The control scheme is similar to other similarly-priced headphones. Everything is on the right earcup which makes things far more convenient. The physical buttons are nice and responsive. However, I do find it a bit awkward the power button which is also used for play/pause is on the front side while the other buttons are on the back. Additionally, the volume down button is used to switch to the next track which is the opposite of many other headphones.

These are decent/respectable for a sub-100$ headphone but nothing more. The overall tuning is warm with a relatively flat low end. The mids have some emphasis so vocals sound clear and crisp, but the lower mids lack body so snare drums sound hollow and thin. The treble has a little bit of sparkle but rolls off relatively quickly with the lower treble sometimes sounding splashy.

The wired connection uses a 2.5mm port, so you will need to use this type of cable with the SonoFlows. Sadly, you can’t use ANC or transparency as the headphones are entirely passive when wired, and the sound quality takes a hit. The tuning changes considerably with the overall sound becoming even warmer.

The ANC is decent but not much to write home about. It does a decent job removing mid to low frequencies, but falls apart when used in busy settings like commuting and doesn’t remove much of the higher frequencies.

The transparency mode leaves something to be desired. First you have to cycle between ANC-Transparency-Off which can be rather tedious. There is a noticeable amount of hiss but it does a decent job picking up your surroundings clearly, and I can carry conversations just fine most of the time. However, my own voice sounds muffled and thin relative to background noise. In some situations I wish it was louder. In comparison, the SoundCore Q30 and Q45 have a warmer transparency mode that sounds more natural, but this makes it harder to carry conversations without turning down the volume (and to make matters worse, there is an EQ shift in ANC-off and transparency mode where the bass becomes stronger).

With the initial marketing hype, the Sonoflows seemed like a promising option aiming well above its price point. In the end, you get what you pay for. Although a decent budget option, I can’t help but feel they have missed the mark and do not present anything new to the table. For an 80$ headphone it is certainly a decent choice and I hope other brands follow suit with similarly-priced options under the same feature set.

Comparisons:
Soundcore Life Q30
In terms of sound the 1More has a tighter presentation with crisp upper mids and a tight bass response, whereas the Life Q30 sounds a tad boomy and warm. Neither headphones excels in the treble with a similar roll-off. The Q30 has a “Piano” EQ preset which is similar to the Sonoflow but more boomy in the bass. The soundstage is considerably wider and deeper. In terms of ANC, the Sonoflow does a better job overall, but the Q30 has rather mediocre ANC to begin with. Note that newer versions of the Q30 come with firmware 2.3 which have ANC/amplification disabled when using a wired connection, possibly using a similar chipset to the Sonoflow.

Soundcore Space Q45
The Q45 definitely shows as higher-tier headphone with a more premium build quality. The sound is more refined with a crisp treble and better extension. The ANC is also considerably better. The multipoint connection is simultaneous between two devices but is disabled when using LDAC.

Dyplay Urban Traveller 2
This 3-year-old headphone still has one of the best ANC I have tried at this price point. It is still slightly more effective at blocking out mid-low frequencies than the SonoFlows and either soundcore product. Where it does fall short is the upper frequencies where it hisses a lot and lets in some sounds like the keyboard clicking.
Last edited: Dec 6, 2022
Great tech for the cost
Pros: comfortable, good specs and built well
Cons: at this cost nothing major 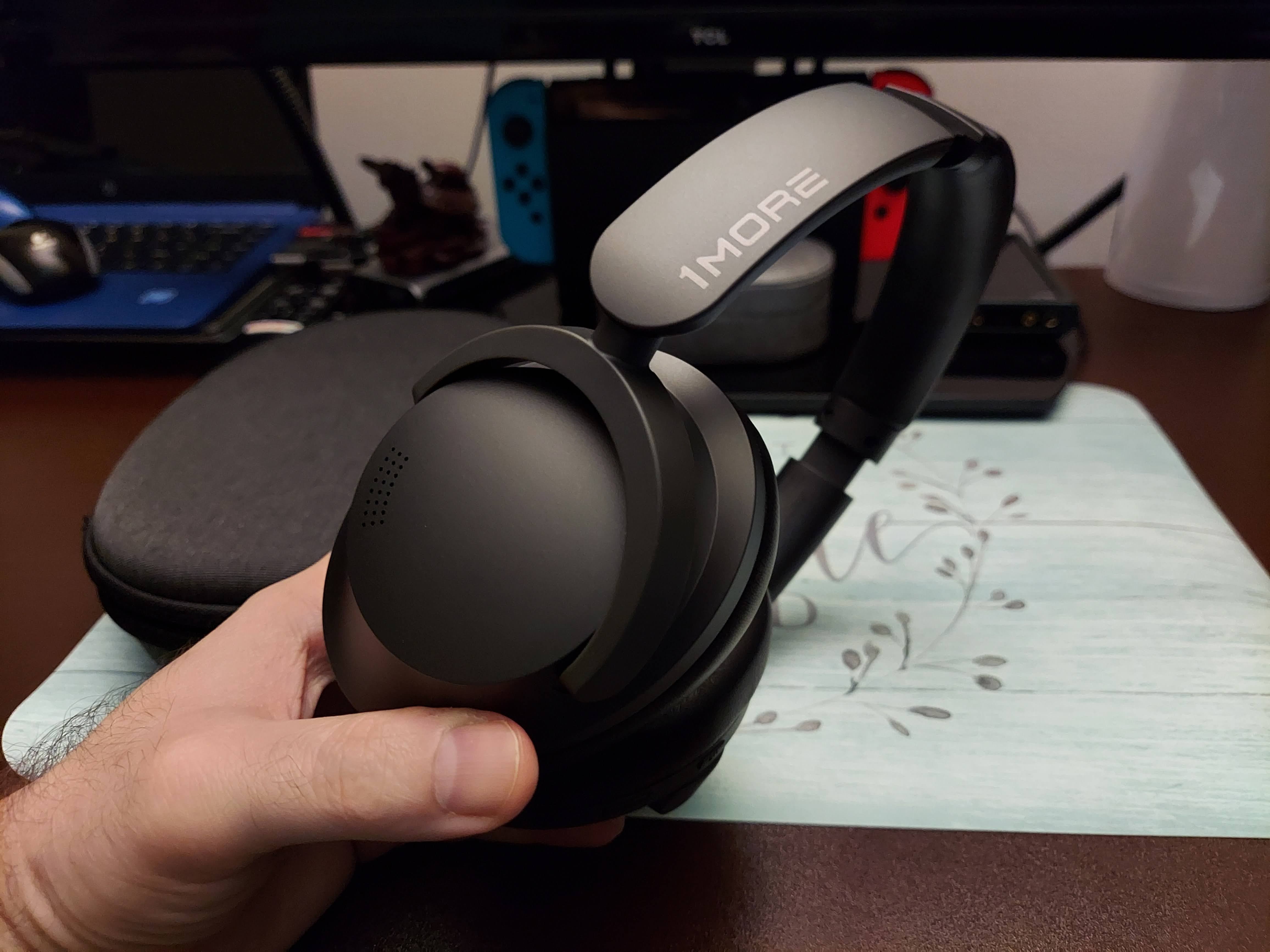 For under $100 dollars the SonoFlow is packed with features and above average build quality. I would say this can rival headphone at twice the cost for sure. It comes with a cloth case and a 2.5mm to 3.5mm Cable and USB charging cable.
The pads are very plush, and the build is solid. ANC works very well blocking everything out or in passthrough allowing you to hear surroundings well. The app allows sound to be Equalized to your preference and works well.
I found the default settings to be balanced with a good bass punch and clear warm mids, treble was extended to pleasant point and soundstage was above average with good accuracy.