Menu
Log in
Register
Install the app
You are using an out of date browser. It may not display this or other websites correctly.
You should upgrade or use an alternative browser.
Woodied Sennheiser aka SennGrado Tour Thread

Gentlemen, prepare yourselves. It's time.

For those of you who are unaware there's something new in head-fi that both Grado-heads and Sennheiser fans should hear: the SennGrado.

You may have seen or heard about them in the Grado Mods thread or the Non-Grado Driver thread. They're basically a Sennheiser PX100 driver housed in a Grado style cup. And let me be the first, but certainly not the last to tell you: they are just awesome. In my humble opinion (among others), they best anything from the Prestige Series and improve significantly upon the stock PX100.

Both yours truly and @fleasbaby have written reviews in the Head Gear section (http://www.head-fi.org/products/sennheiser-grado-hybrid-a-k-a-senngrado) in an effort to spread the good word, but thanks to head-fier 7keys and a few of us in the aforementioned threads, a touring pair of these giant killers are now available to try.

1. To be a head-fier with at least a 1000 post count AND a year of Head-fi membership.
2. To have a modicum of positive feedback (negotiable if your street cred is good)
3. To send me a PM (subject: SG Tour) with your address and your experience with either Grado or Sennheiser headphones

Also, in an effort to gain exposure, we'd love if you'd post your impressions or full-blown review here after your tour stop.

Just like any tour opportunity, we ask that each member pay for the shipping to the next address. The parts for this particular pair were donated and all we ask is a little paying it forward on your part. Ah yes, the SennGrado. Like a unicorn or a woman with brains and beauty, this one is almost impossible to believe. But I'm here to tell you: believe it.

If you want background info, head over to the non-Grado thread. Basically a handful of modders (led by @wje) have installed the drivers from Senn's portable PX100 II in Grado-style cups with astounding results. If you're not sold yet, consider the fact that most who have tried the SG have considered, if not already sold their higher end Grados.

The SennGrado bests anything in the Prestige series to these ears. They are of the same sound as the RS1/GS1000 with slight differences.

Bass
The low end is punchy and dynamic. Nice and full with plenty of texture. I prefer the SG's bass to the RS1i's. It reaches deeper and seems more linear where the RS1 has a little extra in the midbass that seems more round and less detailed in comparison.

Mids
In the mids, the RS1 wins as they seem more forward and lush. That's not to say that the SG is a slouch though. still very clear and easy to listen to. For those who've heard both the GS1000 and RS1, the SG's mids are more similar to the GS1000 with respect to how they are framed by the upper and lower ends of the spectrum.

Treble
The upper end is nicely extended and detailed. It's not as aggressive as the RS1 or 325 but certainly isn't rolled off either. This treble is what I think of when I think of non-fatiguing.

Soundstage/Separation
The intangibles are right on par with the GS1000. Bigger soundstage than the RS or Prestige series. Nice air up top without sounding unnatural.

Overall, the SG is one that any Grado fan should hear once. I've never head a Magnum, so I can't compare, but used PX100s can be had for less than $40, so for sound on par with upper end Grados, a pair of SennGrado's can be assembled for less than the cost of Magnum drivers. Not to mention that they can be installed in whatever cups you'd like so the customization options are endless. Do yourself a favor and check out these exceptional headphones.

Too bad im a lurker. Could you link the materials used to build these? They look amazing.

Any Grado Prestige i Series (you'll need the headband assembly, pads, and cable from these)

Sennheiser PX100 (you'll need the drivers from these)

Can be found from these vendors in addition to head-fiers 7keys, fleasbaby, and kopral 21 who often turn their own.

Just thought I would pop my review in the thread as well...its located here:

I like to mod…yes, I am one of those head-fiers.

My specific area of interest is Grados, and wooden cups for them. I delight in sourcing cups, finding the drivers, and transforming a prosaic pair of Grados (a triumph of dogged determination in industrial design in their stock form) into a personalized, beautiful-sounding, pair of killer conversation pieces to listen to at my office.

I have been watching the “non-Grado Driver” thread for a while now, and have long been interested to find out why there has been so much fuss over the new build currently in vogue, the SennGrado. When JoeDoe and 7Keys very graciously offered to do a tour of a pair lovingly built by JoeDoe using some of 7Keys beautiful Cherry cups, I leapt at the chance to spend a little time comparing them to my Magnum X build. As I understand it I was the first in line, I hope more folks get to hear these. My impressions follow…all listening was done on a FiiO X5, with no amp and using FLAC 16/44 files.

I switched between high and low gain a few times. The SennGrado definitely benefits from high gain for some reason, even though both the Sennheiser and the Magnum drivers have a 32 ohm impedance. I did my best to volume match simply by ear. My impressions below are probably minimally, if at all, biased by the “louder sounds better” slant.

The SennGrado showed a more natural presentation, and performed better with bass. It wasn’t shy, didn’t repress it and try to compensate with mids and treble as the Magnum X did. The Magnum tends to have a slightly one-dimensional bass presentation. Think doof-doof as opposed to boom-booooom. In addition, the SennGrado actually sounded a little more open sometimes, but at the same time a touch less controlled as a result. Both headphones showed similar levels of detail retrieval.

The SennGrados, surprisingly (given the drivers cost just over half of what the Magnum ones do) go head-to-head with the Magnum X. I found that comparing the two is more a question of sound signature preference, and not a “…yes, they will do as a poor-man’s substitute…” thing.

It’s clear that wje really did create a beautiful monster in the SennGrados. He needs to be credited with bringing the gorgeous sound the modding community craves in every build a little closer to everyone by discovering a very worthy driver substitute in the rough. A very worthy driver that costs very little. In all of my listening, I found a little more air in odd passages here and there using the Magnums. This came at the cost of a little bass though. The SennGrado consistently delivered a richer bass experience.

The only thing I need to verify now is…how do the PX100 ii sound in their stock form? Is this the end of my world as I know it?

Diggable Planets – Reachin’ (A New Refutation of Space and Time)
A thumpy, warmer album from the mid-nineties, with a definite, strong lean toward warm analog, hip-hop production.
The Awakening – Hear, Sense, and Feel
Jazz from the early seventies off a short-lived but super-hip label called “Black Jazz”. Production on the albums I have heard from the  label tends to be great, some would say in the Rudy van Gelder style I suppose.
Jobriath – self-titled
The US’ answer to Bowie’s Ziggy Stardust in the seventies. A tragically overhyped and later discarded artist. All that aside, a nice example of glam-rock realized on a grander scale. Pleanty of great, elaborate arrangments.
Pink Floyd – the Dark Side of the Moon
No explanations needed here…I believe I am listening to a bog-standard, regular copy (none of the new remasters/re-issues/digital orgasm versions that have since been released) and it’s the best production job on a Floyd album in my humble opinion. Mr. Parsons deserves a medal for what he did here…
Flying Lotus – Until the Quiet Comes
The latest from the LA beatmaker with a serious side. Flying Lotus’ albums stand out in that despite his shows being geared toward a party atmosphere, they are built as continuous, themed pieces, made to stand alone as serious listening. The only downside is that he has no qualms about pushing all of the levels and compressing the hell out every track. This means some headphones battle to make sense of what, if more delicately mastered, would be a sublime body of work…
Taj Mahal – The Natch’l Blues
Great, simple blues from the late sixties. Lots of acoustic and electric guitar, and nicely recorded, unlike a lot of the blues canon out there. Great, Thanks for putting this whole thing together Joe, the headphones look great.
Also a big thanks to Kyll at Innerfidelity who offered to measure these for us.

Subscribed! Not gonna try to join in on this one, sorry, but marching seasons about to kick in which means 25 hours of my day will be taken up... Lookin forward to more results from this!
HeadFi's finest example of horse vocal-cord experimentation 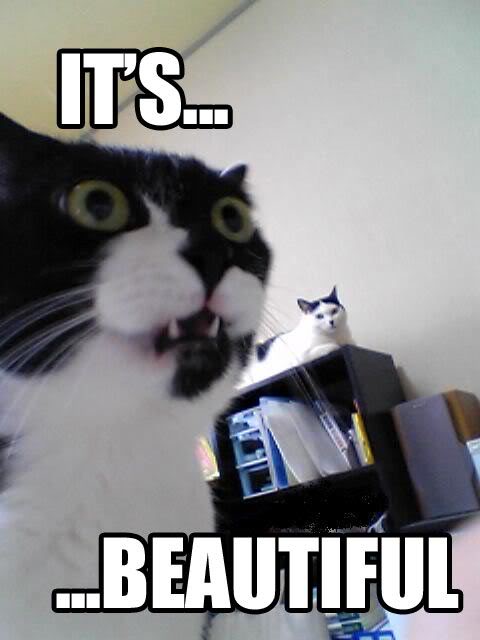 I would be very interested to read the reviews on these ones.
I have had Ms1's with Cocobolo, SR80's (stock), RS1i's, MSPro's.

I currently have some sr80i's that I have some Madagascar Ebony cups sitting ready to be assembled, however I was wondering whether to keep the 80 drivers, get some Magnums or the px100.
Consider me interested.

Biggest problem is I love that grado tonality.  I have heard people say that at times the Magnum v5 is too refined at the cost of that more aggressive grado sound.
Ideally some rs1 drivers would be ideal

Anyway, I have rambled enough, really looking forward to the reviews/impressions to come.

Cool idea. Now someone go and make closed/vented Grado cups so I can compare them to my Bushmills...

Look forward to following this thread!
Please feel free to check out my FS page

Cool idea. Now someone go and make closed/vented Grado cups so I can compare them to my Bushmills...

Look forward to following this thread!
Click to expand...

I miss my Bushmills

I curse the day I sold them.

fuzziekiwi said:
I would love to try these but I am not very qualified


A few more posts and you're in.