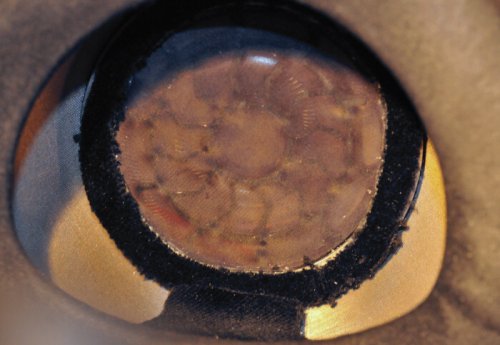 You are using an out of date browser. It may not display this or other websites correctly.
You should upgrade or use an alternative browser.
Want more bass from your HD 800? – Easy mod

Actually I never found the HD 800's bass too weak, it rather had too much treble to my ears, particularly out of the box. Break-in helped a lot, and finally I could enjoy it, and it was the best (most honest/accurate/natural sounding) headphone I've heard.

One day I was philosophizing about the real «openness» of its design (e.g. compared to a K 1000) and the acoustic function of the conic steel mesh. Covering the downside of the mesh with thumb and index resulted in a slight, but noticeable bass increase. It was a quite positive effect, and it was repeatable. So I supposed that one function of the mesh may be the partial suppression of phase cancellation. I also remember a statement from Sennheiser saying that they could have made the bass stronger without any problem, but decided to make it as it is now. However... possibly (inconsciously) inspired by a mod proposed by IPodPJ addressing the soundstage (which I was permanently too lazy for, since I had no issue with the soundstage)...

...I attached a small (~4 cm²) piece of self-adhesive velours to the inside of the mesh, right at the bottom «corner».

Soon later I added a layer of black velvet (~8 cm²), meant for reducing reflections on the velours pad: 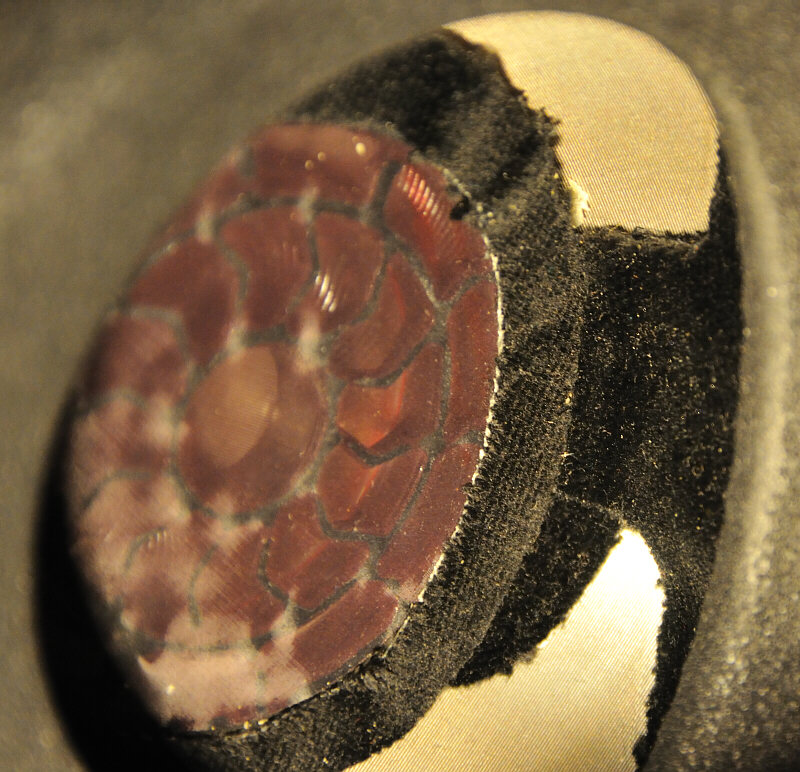 The sonic result is stunning: Fuller, more relaxed sound, and the treble emphasis now is virtually a non-issue. The bass may be increased by not more than 1 dB or the like – it's just right. I notice no sonically adverse effects.

I realize that what I hear may in fact be the very same effect as the one experienced by IPodPJ. But I think my new interpretation justifies the launch of a new thread (instead of reviving the old one), also because of the different approaches/goals.

So happy modding for all of you who think the HD 800 has even greater potential than in its original state and don't want to spend the time and the money for the search for the «ideal» amp (and source) for it! And happy new year!

It's a bit unusual that, given the above comment, you chose to go ahead and mention this anyway, but I digress.

Thanks for posting your findings in any case.
Now Playing: High on Fire — Blessed Black Wings

I believe a lot of the HD800's treble come from it's SPC cable. SPC is notorious for making phone brighter, and the HD800 cable is SPC.

I've never heard one with a nice cable so I couldn't comment, but will let you guys know when I get my HD800 down the road.

I'm betting they is side effects but too subtle to know they gone.
Headphones: HD 650, Grado SR80i
Sources: X-fi Titanium > Optical Out > DacMagic

I don't believe in zombies, vampires or cable brightness, but I do believe that this damping technique may work.
Image is nothing.  Style is nothing.  Sound rules supreme.

What? You don't believe in me1? That's very disheartening to hear..

Very interesting set up.. what exactly is the "500 Ω potentiometer " ?

It's a cheap no-name product – 500-ohm pots are hard to find. (In case you're asking about the function: A potentiometer is a continuously variable voltage divider for signal attenuation, it's the thing behind the volume-control knob of your amp.) To reduce the damping factor I have added a switchable parallel resistor of 1 kOhm.

How large is the change in bass?
What does this mod offer over say pairing it with a warm-ish amp (eg. tubes).
Would you say this makes them more or less neutral?

(Sorry if I seem to be ridiculing you, I'm curious about these headphones because they seem to be the new kid on the block for speed and neutrality past the k701 and sa5k which I am also looking at).

The last question isn't easy to answer. To my ears it sounds more balanced and neutral with the mod, but I can imagine deviating preferences. As to the degree of bass increase, yes, it's clearly larger than the impact of different amps, at least the ones at my disposal. E.g. the Opera sounds warmer than the Symphony, but the mod makes about triple the difference between the two. Also, there's a lot of free steel-mesh area available to be covered, so there's room for even more bass if desired. BTW, it seems that it's not just the bass which is concerned, the gain of sound-pressure seems to extend from the midrange downward, with increasing intensity.

I just tried to reduce the velvet piece to about 6 cm². And I immediately noticed a tendency to analyticalness again, with detail in spades, but a bit too much for my taste. So I went back to a bigger velvet layer, but this time I took care to also cover the bare surface of the wide plastic bar with the clip mechanism to be seen on the first picture. The rest of the velvet layer covered not much more than the previous 6 cm² of the steel mesh. The result was a considerable improvement, and I even think it's the best variant so far – smoother and more organic than before, with a bit more detail than the initial variant. So covering the bare plastic part apparently reduces parasitic reflections which would have an adverse effect on the sound. (Actually I should have realized this earlier!)

No worries! I understand your curiosity.

My ears agree with yours.

Ok thanks. I agree with Zombie X that SPC cables are bright. My Moon Audio Blue Dragon is a nice improvement over the stock cable. The Blue Dragon adds more bass and adds a little warmth and body while retaining tight bass. Highs seem less bright as well and transparency which was already very good gets better.

Thank God for that! I hate sitting in Row Z!
"If I had no sense of humor, I would long ago have committed suicide"- Mahatma Gandhi

"I fear the day technology will surpass our human interaction. The world will have a generation of idiots"- Albert Einstein​
“I am nothing and should be everything” - Karl Marx​
You must log in or register to reply here.