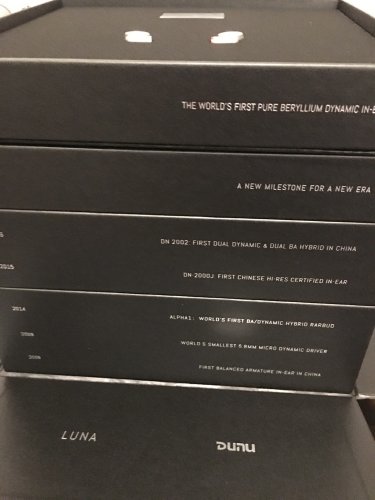 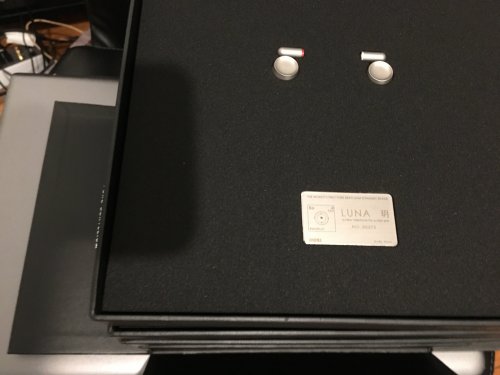 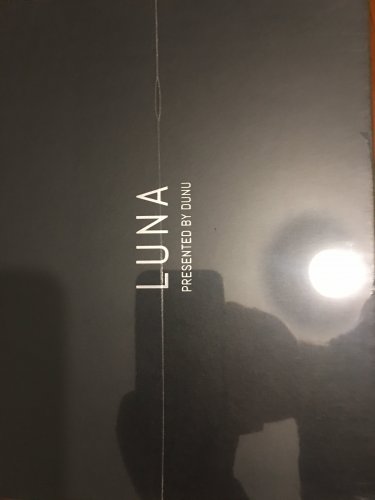 You are using an out of date browser. It may not display this or other websites correctly.
You should upgrade or use an alternative browser.
Review of Dunu Luna
M

•What is the hype of the First beryllium IEM?

Some may believe this technological breakthrough might just be innovation for marketing, making little difference sonically. No, it sounds different than all the IEM I hear and own with its unique sound texture and coherence for all frequencies, making it a place in my collection among Tia Fourte, W800, RHA CL2 and Sennheiser IE800.

I also owned kse1200 before but I sold it in that it’s soundstage is tooooooooooooo small and its bass is weak too, much weaker than my Stax. However, if your priority is clarity, then there is no IEM that could beat Shure KSE which just sounds as clear as water.

• Final A8000 VS Dunu Luna
I have tried a8000 at the show for five seconds before I decided to take it off. With that many multiple drivers and hybrid V shaped flagships, I don’t see why A8000 is good. Personally, I just don’t like the sound, but it does look and feel more durable than Luna for the build quality. I am just concerned if there will be scratch easily made on the surface of Luna. I scratches my titanium rings for 1000 times so I’m worried it will happened as well to the chassis of Luna.

Well when I was trying all the gears at Canjam, the IEMs impressed most is Dunu Luna, while the headphones that strikes me most is Warwick Acoustic Flagship Electrostatic System, retailing at 25000 USD.

My As the owner of Tia Fourte, I was shocked at how amazing my Fourte sounds with Labkable Titan gold hybrid cable, retailing at 2500 USD. The gold hybrid cable really upgrade my Tia and makes it sounds like a new IEM, I still could not forget the sound of Luna which I demoed two days for long session during that show.

•Impression at the show V.S. after I own it

I have to admit, I become little skeptical about the first impression attained at a noise audio show. Last year, I tried Jomo Trinity Brass version at the show and was adamant that it would be my end game IEM. However, after I finally pulled the trigger and owned it at home, I just couldn’t wait to sell it in that it just sounds soooo different to my memory at Canjam. Trinity is still the most musical and non fatiguing IEM with supreme micro and macro details in the market for me, but it is just no where as good as I remembered at the show last year. I found it too dark, a little congested with lack of transparency sometimes after I owned it and listened for tens of hours.

My experience with Jomo Trinity made me very weary about the reliability of first impression made at show.Yet luckily, Luna sounds equally good after I owned it, listening in a quiet place for long time session.

Simply put, Unlike most flagship IEM in the market nowadays, Luna is one of the most coherent, detailed, dark, and laid back IEMs with preferenceand non fatiguing highs and lows.

Unlike most flagship IEM in the market, which are bulky and giant, Luna might have the second smallest shell next to Sennheiser IE800. Yet. I do wish it could go bigger and deeper in the ear sometimes for better fit. The reasoning is that Chinese people have smaller ears, so in the design they decided to make it small.

As a Chinese small guy, I found myself using big ear tips to better fit my ears.

I don’t know why some people are obsessed with packing. But with no doubt, Luna has the craziest packing even among full head headphones. I actually prefer the much smaller package of Sony Z1r which is neat and classy. I actually prefer they could give me a better cable with a shabby package.

Some Chinese dealers advise silver and copper hybrid aftermarket cables, but I feel like occ silver won’t hurt in that Luna is musical and non fatiguing. As a result, I have been using Labkable OCC pure silver Amethyst to mate with Luna. It is definitely clearer than the stock cable, which looks cheap to me.

No offense. I have tried many cables at Luna station in canjam, and I don’t think their cables could compete with major high end cable companies.

The X factor of Luna for me it neither its lows nor its highs, which are both tempered for my ears. I purchased Luna for its unique sound texture, while all the other aspects of Luna are not bad at all.

Try Houston Person, Ron Carter’s albums!!!!!
The atmosphere is spot on and immersive in their track You Are My Sunshine. The guitars give me goose bumps and you could even hear details and sounds when the fingers tried to pressing the strings.

In the track Love is Here to Stay, the horns sounds so good that you could hear the airs coming in and out of the instrument.

Additonally, I am mesmerized how Norah Jones sound in the track I am Alive through Luna. Supreme vocal with guitar, like a dream combo.

Thank you for sharing. Much appreciated.