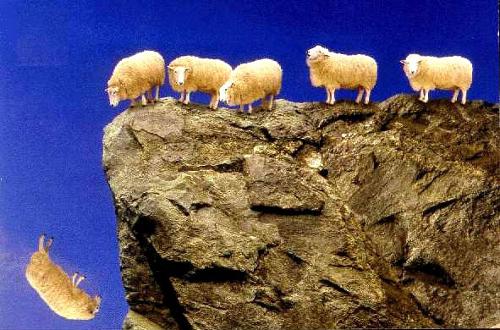 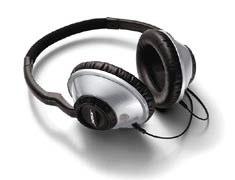 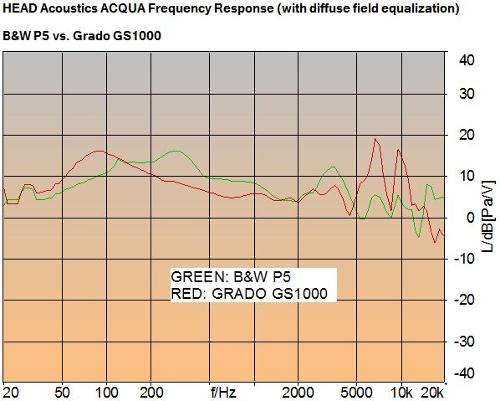 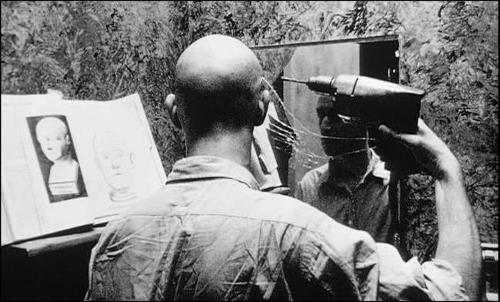 You are using an out of date browser. It may not display this or other websites correctly.
You should upgrade or use an alternative browser.
REVIEW: B&W (Bowers & Wilkins) P5 Headphones


Being a B&W speaker owner, and fan, I was eager to test out a pair of P5’s. The look of the headphone also enticed me – they are very attractive:

So I bought a pair. My reason for buying these was to use them as portables, on the road, with the iQube and an iPod Classic. I have been using the Senn PXC350, and still will have to for sure on airplane trips, but when I travel another way, or when I am gone a long time, I want to have another, non-noise cancelling headphone for that. I was hoping the P5 would fill the bill. I had bought the Ed 8's for that, but decided I liked them for home use too much to take them on the road.

As they arrived, I was impressed by the nice packaging. They are smaller than I thought. The build quality of the headphones themselves is outstanding. And indeed, they are very beautiful to look at. The pad design has been extensively discussed, and so I won’t go into it there, but as nice as they looked, I never found them to be completely comfortable. There is more pressure on the ear than I would like, no matter what I did. I could only wear them comfortably for about 15 minutes. On the flipside, they do isolate very, very well – the best I have gotten from a headphone that doesn’t use noise cancellation except for the Sennheiser HD25.

Also, the included cables are very thin and un-inspiring. And due to the connection scheme coupled with the manner in which the cable is snaked through the earcup close to the earpad assembly, and the absolute requirement of the earpad assembly to be snugly coupled to the headphone, it’s very unlikely that any sort of aftermarket cable is possible.

But worst of all, I found the sound to be very disappointing. My initial listen showed some promising things, but some very noticeable problems too, which I had hoped would be ameliorated with burn in. So I burned them in for 100 hours before listening to them again.

I played around a LOT with positioning on my ear, and while it definitely does matter, it did not change the overall sound significantly IMO (assuming we are talking only about reasonable positionings to begin with

).
I tested them using the iQube, which I consider to be a paragon of transparency in a portable amp. Just to make sure of what I was hearing, though, I also used the P5 on the Meier Audio Concerto and even the Leben CS300X.

The P5 have a slightly muffled, muted sound, are lacking transparency, and are noticeably colored. They are maybe the darkest sounding headphones I have ever heard that were “real” headphones. The treble sounds very rolled off and lacks extension in a very noticeable way, even compared to headphones with a slightly soft treble like the JVC DX1000. As such, little musical details get lost. Cymbals don’t sound like they should – they are thrown almost behind your head since they are so muted.

The midrange is an enigma. There is definitely a lack of transparency to it. It’s lush, but there is a odd coloration I cannot quite describe to it. Some female vocals sound very good in a beautiful sort of way, but male vocals sound odd. And piano also sounds wrong – it fails to sound realistic. Patricia Barber's outstanding recordings have some of the most natural piano rendering I know of, and yet through the P5, they did not sound as I know they should.

The above two traits also lead to a lack of dynamics and good attack. The whole presentation comes across as slightly slow and soggy. It's been a long time since I listened to a headphone where I felt that the dynamics were so restricted. I guess I have become spoiled listening to headphones like the Beyer T1 and the Ultrasone Edition 8 - but the P5 didn't have the dynamics even of the PXC-350.

The bass is pretty strong, and generally good, but it lacks a little in terms of punch and definition. It’s not one-note, which is good, but it’s a little loose sounding. I have heard better defined bass in headphones costing less. I would say the bass performance is good, but not great. It has better weight than depth, too -- on Joan Armatrading's "Lover's Speak", which has some very deep bass during the chorus, this was less present than I expected it to be - the bass weight is mid-upper bass, not deep bass.

On some material, like Mae Moore’s “Love Will Bring You Back” from “It’s a Funny World”, this darkness didn’t really cause any major problems. I noticed the lack of top end extension because I am so familiar with the music, but it did not bother me, and Moore’s voice sounded good. Some tracks that are generally too bright to enjoy actually sounded great on the P5. But on other material, and especially male vocals, or music where there is musically important detailed treble, the colorations get in the way too much.

Two examples: David Gilmour's voice on "This Heaven" from "Like in Gdansk" is rendered in a muted way that is flatter and duller than it really sounds.

On the other hand, Johnny Nash's "I Can See Clearly Now" actually sounded GREAT, but that is a track that is normally is a very bright sounding. It sounded good in a way that it actually shouldn't

The lack of treble extension gives the headphones a little bit of a claustrophobic soundstage. The image isn’t all that well defined, and seems to cluster in the center of the head and around the ears, with very little forward projection and not much depth.

My main comparison was to the Sennheiser PXC350, as it’s similarly priced, and designed for the same basic application. All of my other headphones are in a much higher price/performance range. The PXC350’s are noise canceling, and as such they have a little bit of background noise when the NC circuit is on. The P5 have a blacker background. But that is the only advantage they have. The PXC350 sound better in every other way. They are more neutral, much more transparent, and have better treble extension, bass definition, and soundstaging than the P5 do. I no longer own them, but if memory serves me at all, I would say the Denon D1000/1001 outperform the P5 sonically. I wish I still had them so I could compare the two – but I’d be surprised if the P5’s outperform the Denons in terms of just sonics.

I don’t want to overplay this – it’s not like the P5 sound awful. But they are a very colored headphone, and you will have to really like their odd flavor to like them. It’s already clear that some people do, and that’s great. I have deep, deep respect for B&W. I absolutely love my B&W Nautilus 800’s. I had never owned a pair of speakers for more than 2 years before investing in the N800’s – and I have owned them for almost 10 years, and just yesterday I was listening to some nice vinyl through them and absolutely reveling in their sound. Unfortunately, B&W has a major miss with the P5, in my opinion. They could have been so much better, and they look so nice and are so well built, surely they could have made them more neutral sounding. It’s not like B&W doesn’t know what good sound is. I have a hard time imagining that they feel the P5 represent $300 worth of headphone sound. Maybe they needed to do more benchmarking.

Thanks so much for this review. I will still have listen to these at an apple store, but was seriously considering buying without listening lol. wont do that now!

Thanks guys! I of course encourage people to listen for themselves and make up their own mind

Thank you very much for this review Skylab. I was really interested in these, but it seems like I'm going to wait for the others (if there are any...) that should be coming soon... Maybe they will be better

Skylab, whats your favorite headphone under $300?

Skylab, I totally agree with your impressions of these headphones. I too auditioned them at the Apple store and was left very unimpressed with these headphones and they really did sound a little muffled to me. Its sad that Audio Technica isn't making the ESW10JPN anymore since to me, that headphones gets so many things right in a portable headphones of this price range. The beautify of it is that it barely even needs an amplifier (i've tested w/ iQube and P-51) and sounds equally great out of an ipod. I am very comfortable listening to the ESW10s at work and not feel like I'm missing much of the listening pleasure from my full size rig I own at home.

Well Audio Technica is currently producing the ES10 which is supposed to be as good as the ESW10, but with a different sound signature.

In my opinion though, what makes the ESW10 so great IS the sound signature, not the technical capabilities such as detail retrieval, sound stage, etc.

Thanks for the review on the P5 I enjoyed reading it. I've had the chance to briefly audition a pair at the Mac store and would agree that they are a dark sounding pair of cans. They lack a level of clear details for my taste wish they had a little more foward sound to them with a tighter bass.

It's great to read a critical review for once rather than listening to people talking about budget setups that fire rainbows.

You are an asset to the community.