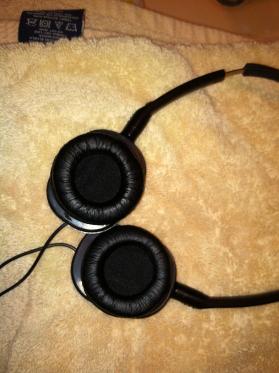 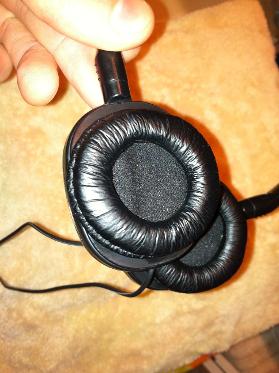 You are using an out of date browser. It may not display this or other websites correctly.
You should upgrade or use an alternative browser.
JVC "flats" HA S150 BN headphones, another low end price review.

Interestingly enough, I just took back my replacement sony MDR V150s that I JUST reviewed to get these, as I saw them today and wondered about them. They were almost the exact same price. So I'll probably be comparing them to those.

First I'll give the specs that it claims to have. And as a disclaimer, I know that these specs don't always hint at sound quality, accuracy in sound reproduction, or overall quality. Its frequency response is 12 - 23000 Hz. Its sensitivity is 105 dB. Its Impedance is 32 Ohm. And it uses a Neodymium magnet.

Now, in my MDR V150 review, I said that they were good for their price. These JVC headphones are what I would call "legitimately good". As opposed to the smoothed over sound (some here have called it the wet blanket sound) of the sonys, these have an extremely opened up, airy sound, which surprisingly enough, exposes many imperfections in my source audio, especially the mp3s I have. I am already not expecting that out of consumer end headphones. They have a lot of bass like the sonys, but unlike those, they have a very tight, articulated sound, whereas the sonys have a boomy sound. The mids and highs are perfectly balanced to each other. In pop music, I can hear some of the more layered parts, with guitars and synth effects, almost with as much ease as I can the vocals. Since the bass is so articulated sounding, it doesn't actually effect the overall balance. Where the sonys couldn't do isolation of parts in poorer quality recordings, these can.

Overall, I think these compared much more to the Sony V7s and other headphones around that price range. They are incredibly comfortable, and have a good seal with the ear pads.

Even though the v150s aren't bad, these blow it out of the water entirely, and I would recommend these for audiophiles that need something good but don't have a lot of money. They are only $19.

They are good for the money. The headphones sounded a bit hollow, so I opened the phones and added some stuffing, it help some. There is a thin piece of plastic in the center of the housing, that piece can be easily broken and glued back. Check your local biglots,the headphones are $9.99
Headphone amp: AD815 composite
Headphones: Beyerdynamic dt440,Philips HP910, JVC HA-RX900,700,s150>>Koss KSC75,UR-40,Panasonic 770,560,HTX7
Portable source:Ipod 5.5 60gb(rocked),Sansa e250v2,Fuze(rocked)
IEM:Meelectronic M6,M2p:Kanen 52,KM92,928


Are you serious? These same ones are $10 at biglots?

That's insane! These headphones are great for $20, but for $10...damned amazing.

Also, I had some really nice memory foam ear pads that I used on my bose, and they just happened to fit perfectly on these, and that has improved the "hollowness" quite a bit. These ones are also a ****load more comfortable than the original ear pads, and those weren't bad.

A backfiring of putting on these ear pads is that for some reason, they REALLY boosted the bass. The bass was already loud. Now not only did I fit them with bose pads, but now they actually sorta sound like the bost tri port...too bassy.

Your own link has them listed at $9

I thought he meant like, retail. Every place I've seen has them at $19 even.

Edit: Of course he meant retail. He said biglots.

I'm skeptical of orderings things like headphones and other electronics off of the internet. I'd rather get it brand new from a store, where if it doesn't work I can just drive back and get my refund or an exchange.

In my area, there isn't much selection at retail. I have to believe what I read on these forums and shop the web for the best deal.
Ipod 5.5
Denon D1001
JVC HARX700
JVC DX1
JVC DX3


It's all good. I'm just paranoid. I'm sure you can get great deals off of the internet. In fact I'd be lying if I said I have never ordered an expensive electronic online.

99% of my electronic purchases are made online. I vastly prefer it to shopping in physical stores.
FS: 30gb iPod 5th gen

It's certainly easier to be honest. When shopping at actual stores, you have to look around a lot more to find something.

But I like having the close proximity to the dealer and the ability to just drive over and take it back or whatever.

Just a quick line to verify. These phones are available at most Biglots Stores. I picked up a pair of green color for my son for his birthday. I hope he enjoys them. The price was $10.00 plus tax.

Thanks for confirming the price, I wanted to pick up a pair of these to hold me off until the Nuforce UF-30 but wasn't sure if the price applied to all Biglots.

Picked up a pair based on the comments on the thread. These are indeed a nice pair of headphones. It has nice bass punch, but lack the usual muddiness you'd expect for the price.

swaffleman, which Bose ear pads are you using? They sound like something I'd like to try out with these.

What a shame, stopped by the local Biglots and the JVC Flats were no where to be seen; All I found were $3 earbuds and no-name headphones.

Oh well...
You must log in or register to reply here.