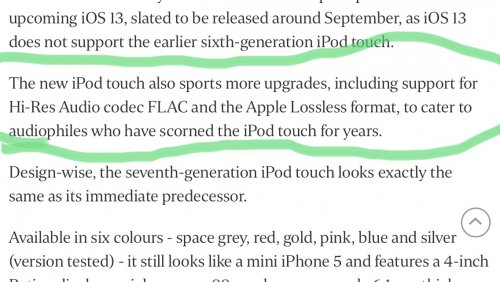 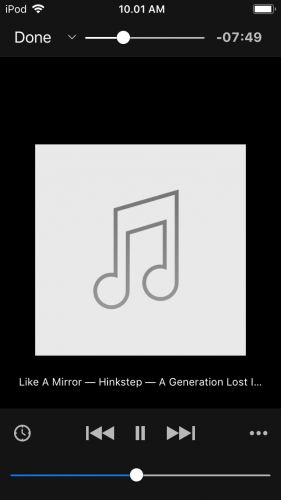 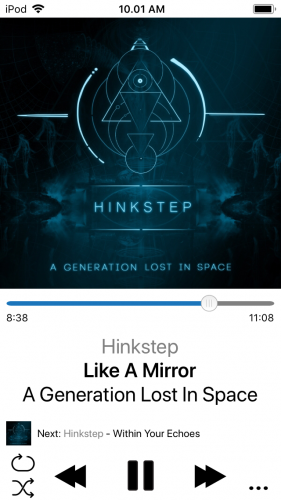 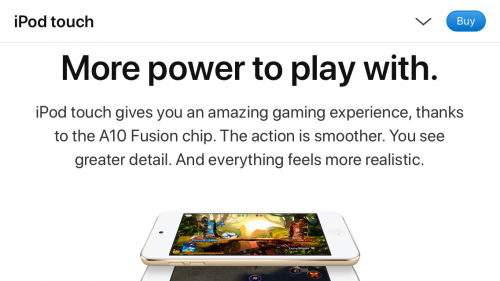 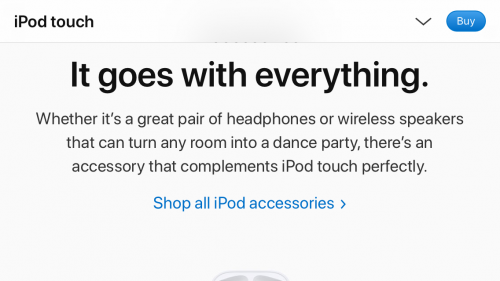 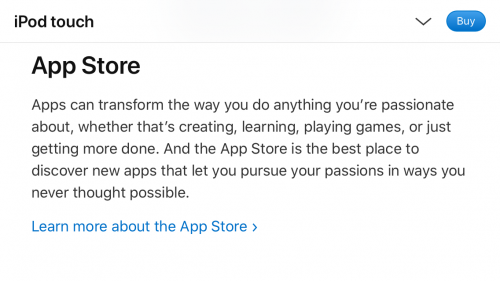 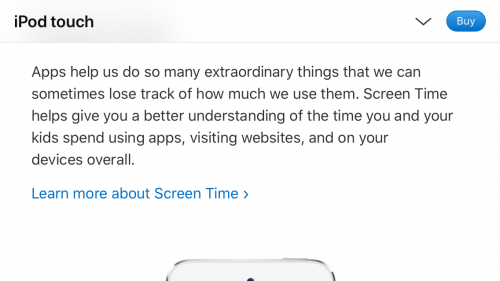 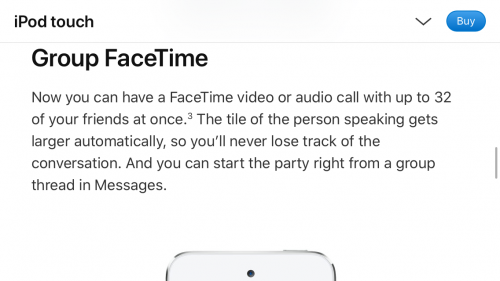 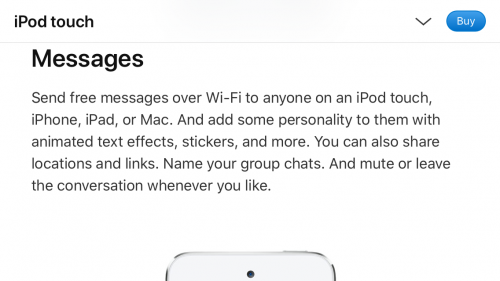 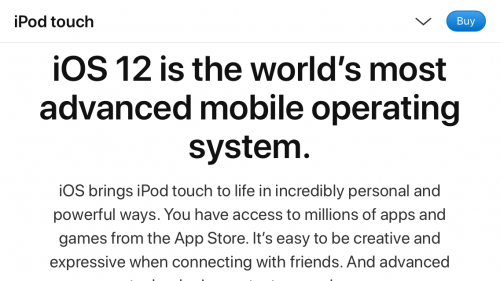 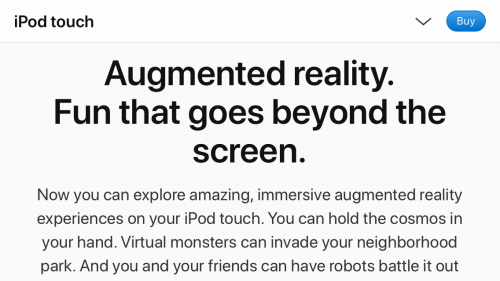 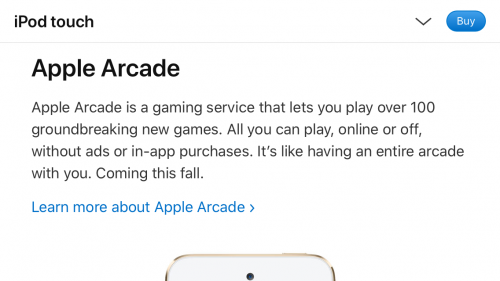 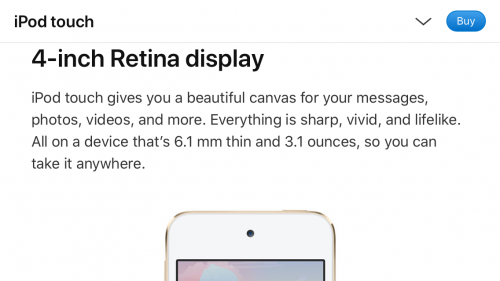 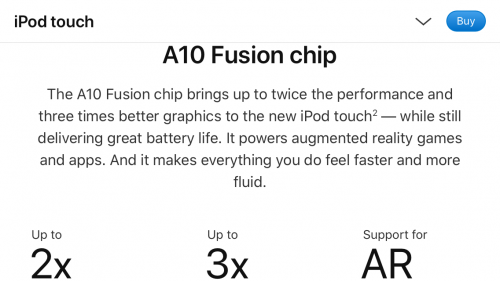 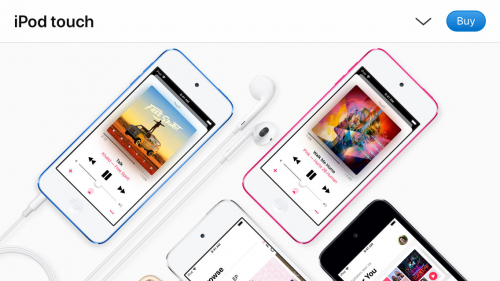 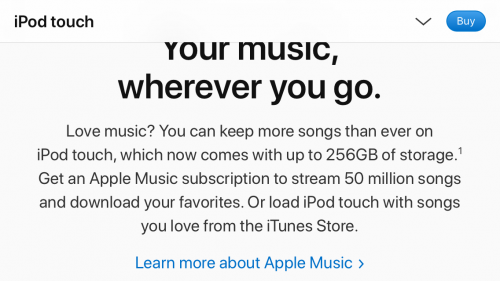 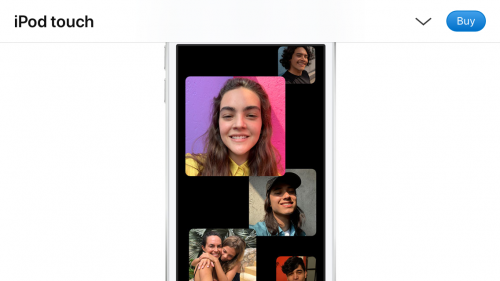 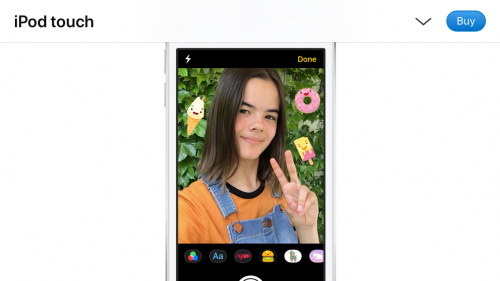 Tested my iPod touch and damn. Great sound from iTunes with my Audeze iSine LX/Lightning Cipher setup. Yeah, I own an Astell Kern player but this is still pretty solid especially since I buy most of my music from iTunes. In any case, I think that I could pick up another iPod Touch specifically to house my Tidal streaming downloads.

If you have a pair of iSines, the iPod touch/Lightning cable/iSine setup is flawless.
Audeze LCD-2CB/Audeze Mobius (blue)/iSine LX/HIFIMAN HE4XX <-- DragonFly Red USB DAC/Fiio BTR1K DAC/Hidizs Sonata HD DAC <-- Astell&Kern norma Sr15/iPhone 8 Plus (space gray)/LG V40 ThinQ/Motorola Moto G7 Power
“Writing has nothing to do with meaning. It has to do with landsurveying and cartography, including the mapping of countries yet to come.” ― Gilles Deleuze
Share This Post
post-14991516
Post #32 of 78

Yes, but you’re forgetting the ability to pair this with a high-end DAC. It may not be an all-in-one solution, but most DAPs have horrible UIs and very laggy performance. This lets me have a smooth and fluid UI and the ability to create intricate playlists rather than just dragging files to an SD card.

I used to have an iPod touch because we were given them free at work. I loaded it up with tracks and it sounded ok actually. What I liked about it was that I could also listen to Spotify on it whenever there was WIFI available which is almost always these days, even on public transport.

While I know I'm not in their target audience anymore, I still gotta say I'm a little let down by what they brought to the table with this update. I get the company's not really concerned with portable audio in 2019, which is fine, as the market's much smaller than it was a decade ago, but considering they played a huge role in the boom that took place in the previous decade, I wish they would bring it back for one last hurrah since the iPod Classic 6th Gen was so perfect for its time. I'm not saying bring back the iPod Classic as it was, but I don't see what they did here as being much of an upgrade. I'd personally like to see some sort of revision to the iPod line, complete with balanced out and support for high-res audio files. I know that's (probably) never going to happen, but still.
[Source: Sony WM-A35], [Headphones: Sony MDR-1A], [IEMs: BGVP DM6, Tin Audio T2]

stonesfan129 said:
I already have the 128gb iPod Touch 6G. I convert all of my songs to 256k AAC when syncing and I'm not even 1/4 of the way full on the storage. I will probably stick with what I have. I did just order a FiiO M6 to try out. I am tired of having to go through iTunes, but not the end of the world. I am sort of phasing out my FiiO X1 1G and FiiO X3 1G because neither player has bluetooth connectivity to my Toyota's head unit. I can still use the wired connection via 3.5mm cable, but I can't control everything through the head unit and steering wheel like I can with my iPod Touch. I would be curious to know if the sound quality is any different than the iPod Touch 6G. I'm assuming the DAC and amplification are the same and all they did was update it to the A10 CPU along with the larger, 256GB storage option. Thanks.
Click to expand...

I feel your pain on the headunit compatibility. I have a 09 370z, which has a proprietary connector with a male iPod 30 pin connector on it. So to use my old iPhone 7+ 256GB, I have to use a 30 pin female to Lightning male adapter. That just gives me audio and lets me have steering wheel controls etc. Then if I want to charge at the same time, I have to use an additional adapter made by Belkin that goes in between the car adapter and the Apple adapter that restores the charging functionality in the adapters.

I would be surprised if these ideas even crossed the minds of the designers as serious additions to the iPod. This isn't what the device is intended to be. The no SD card slot is totally Apple's MO. This comes as no surprise to anyone, I would hope. I will say, once they enact the iTunes separation and Finder handles content transfer to the device, it'll be interesting to see whether iPods and iPhones will be able to handle FLAC files a bit more easily. Also if you can create a 24-bit AIFF file, then I'm pretty sure the iPod will be able to play it. I just don't know why one would be motivated to do that; the iPod won't really do those tracks justice.

Sounds perfectly reasonable to me. FiiO gives great value for their products and the M11 seems to be gathering praise. I'll also be interested to see what they have in store later in the year. If you do get the FiiO M11, please contribute your experiences to the forums here if you haven't already! And if we're talking about dedicated music players, then I'm quite liking the iBasso DX120 as a value product, and it checks all the boxes you listed above. Quite the decent player for the price.

The iPod just fits a different niche than simple music player. It's a great entry point into the Apple walled garden system, does a whole bunch of things well, few things poorly, and is mostly intended for general entertainment. I don't think the FiiO M11 is going to be an entity for gaming, but I think the iPod will be the entry level model to get you into the Apple Arcade, whenever that service launches.

I'm enjoying the iPod 7th gen. It fits the usage I had envisioned and does it well. Is it the best music player ever? Hardly. I prefer the DX120 and Sony players to the iPod for music any day of the week for any track from any genre. But for other things, such as audiobooks, video streaming (I should say general streaming), or internet browsing, the iPod does do that well, and lasts long enough on a charge that I don't have to worry about the battery dying at work. I cannot say that about the DX120. Yet.
I have literally no idea what I'm doing, figuratively speaking.
Share This Post
Reactions: The Socialist Nerd
post-15002066
Post #38 of 78

Deadliest combo so far I tested. Battery life way too awesome. Takes me 2-3 days of continuous play to run down my iPod Touch.
Now I use iPod Touch 7th gen -> DragonFly Red USB DAC w/ Lightning to USB-A camera adapter -> iSine LX with 3.5 mm cable and hot damn, Miles Davis' first album comes so alive in my ears!
I prefer this over my Lightning Cipher cable combination.
Audeze LCD-2CB/Audeze Mobius (blue)/iSine LX/HIFIMAN HE4XX <-- DragonFly Red USB DAC/Fiio BTR1K DAC/Hidizs Sonata HD DAC <-- Astell&Kern norma Sr15/iPhone 8 Plus (space gray)/LG V40 ThinQ/Motorola Moto G7 Power
“Writing has nothing to do with meaning. It has to do with landsurveying and cartography, including the mapping of countries yet to come.” ― Gilles Deleuze
Share This Post
post-15164131
Post #39 of 78

Nothing else on this? Was thinking of picking up a Touch for it’s storage/gapless/noiseless qualities. Any reason to grab the 7 over 6 or 5 for sound quality? Perhaps battery life as well.. only gonna be using it for music playback straight from the player (no apps).
Share This Post
post-15164236
Post #40 of 78

Jmop said:
Nothing else on this? Was thinking of picking up a Touch for it’s storage/gapless/noiseless qualities. Any reason to grab the 7 over 6 or 5 for sound quality? Perhaps battery life as well.. only gonna be using it for music playback straight from the player (no apps).
Click to expand...

I have a 5th Gen and 2 6th Gen. I think the battery life was better with the 5th Gen? But obviously storage has been expanded in the new one. Also I always thought my 5th Gen sounded slightly warmer. But the IPod is all I use outside the house. I use them everyday. They are great for using the internet outside too.

I just read up on the 5 vs 6. The 6 seems to prevail in sound. As long as the battery life can last throughout a day I’m good. Not sure about sound, but the main selling point of the 7 is probably gaming. And probably to have a 7th gen Touch since there’s a 7th gen Nano lol.
Share This Post
post-15164301
Post #42 of 78

The 5th Gen and 6th Gen sound pretty much the same. Though another thing to consider is upgrades to firmware. They stopped upgrading for the 5th so iTunes looks different. Also not sure how well the internet works on the 5th Gen? I remember having trouble signing in to Head-Fi with the 5th... for some reason. So I would recommend the 6th or later?

Redcarmoose said:
The 5th Gen and 6th Gen sound pretty much the same. Though another thing to consider is upgrades to firmware. They stopped upgrading for the 5th so iTunes looks different. Also not sure how well the internet works on the 5th Gen? I remember having trouble signing in to Head-Fi with the 5th... for some reason. So I would recommend the 6th or later?