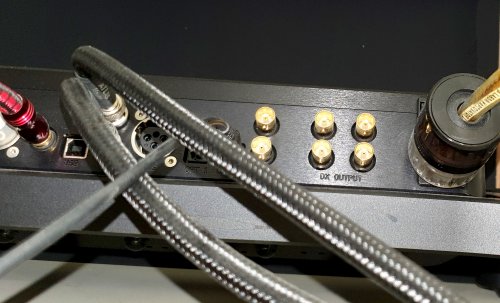 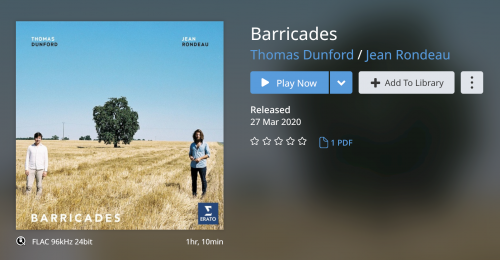 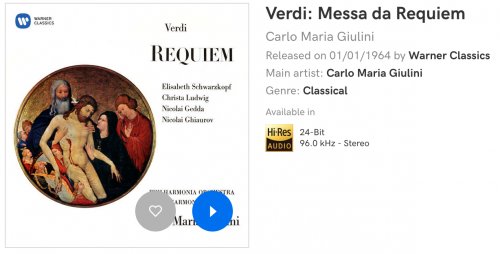 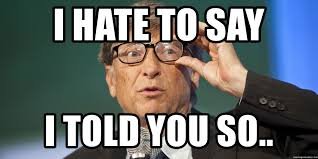 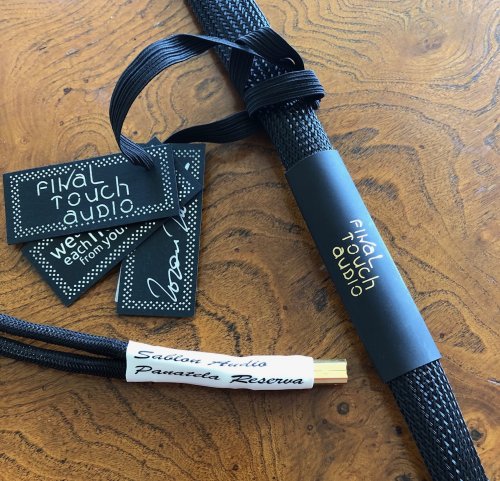 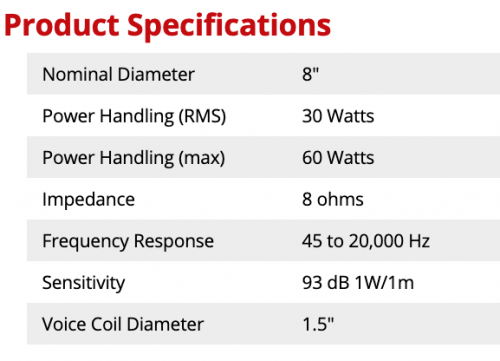 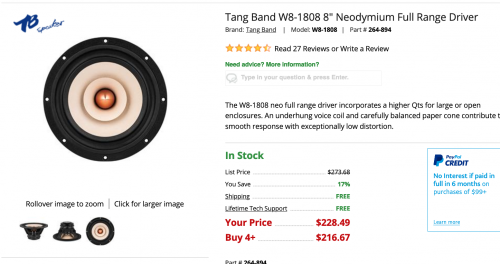 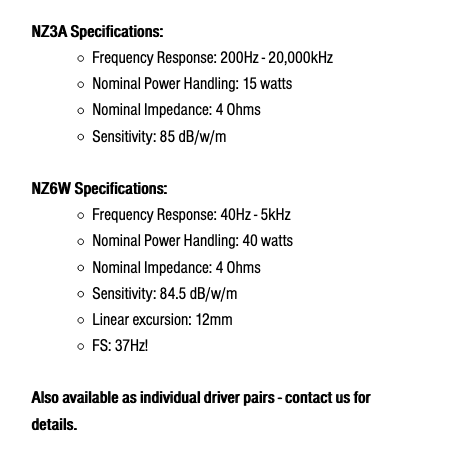 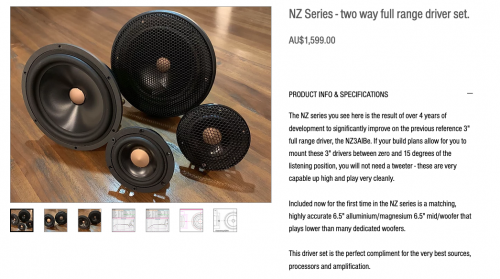 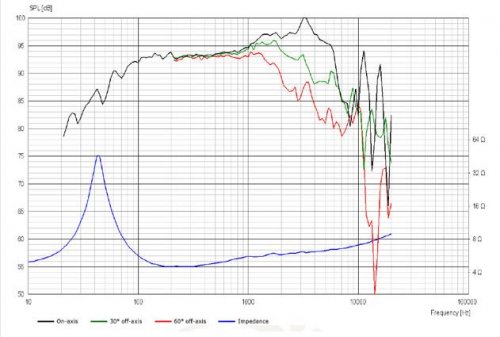 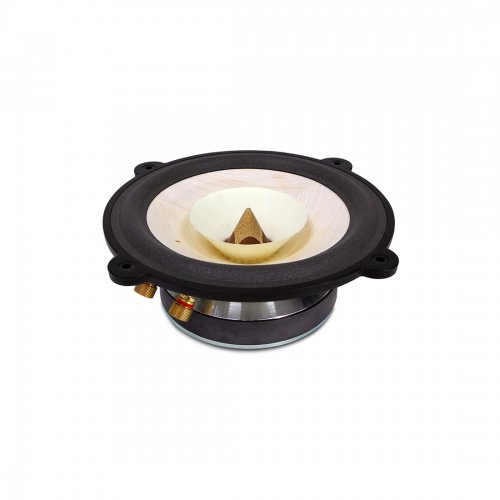 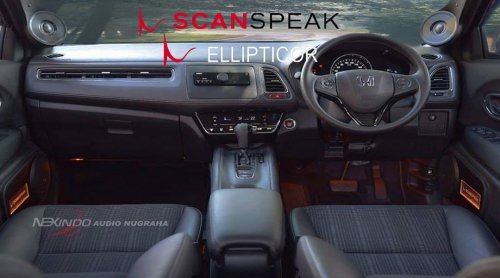 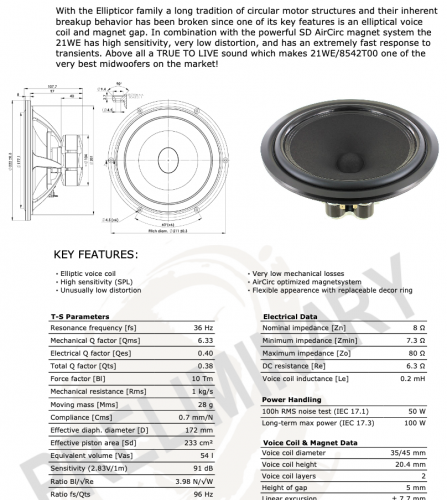 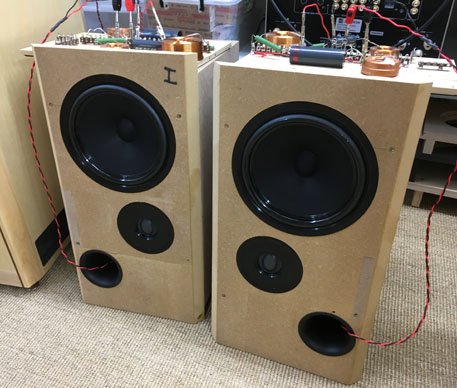 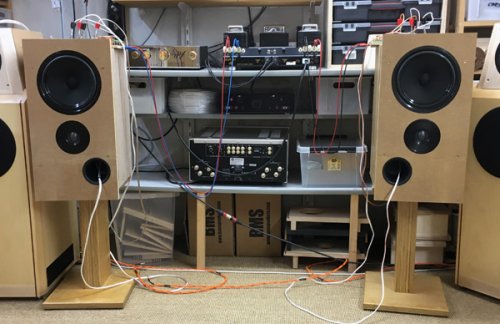 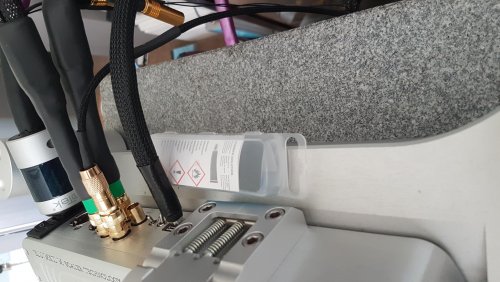 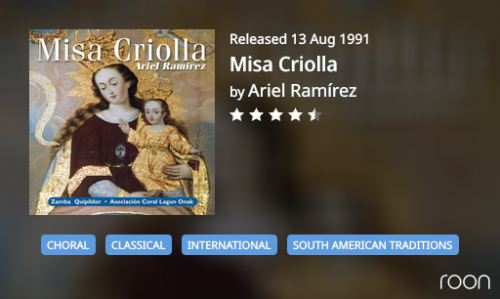 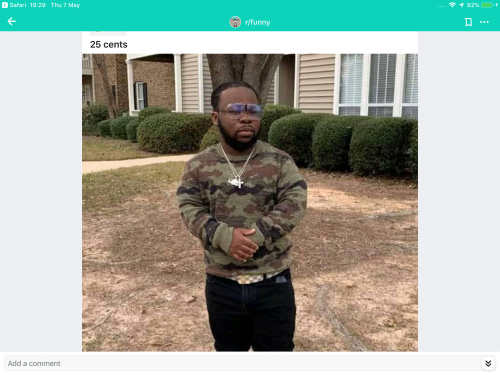 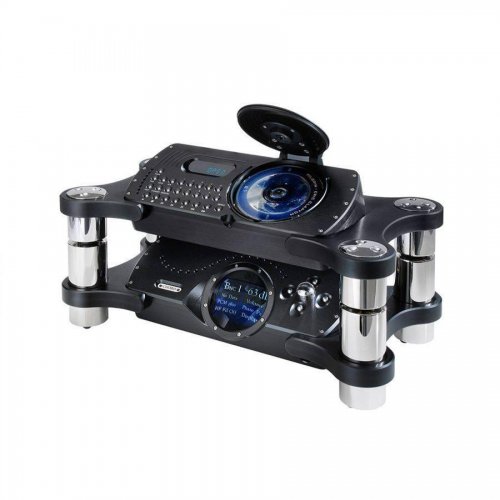 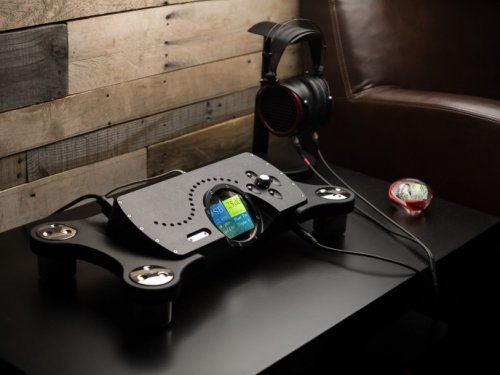 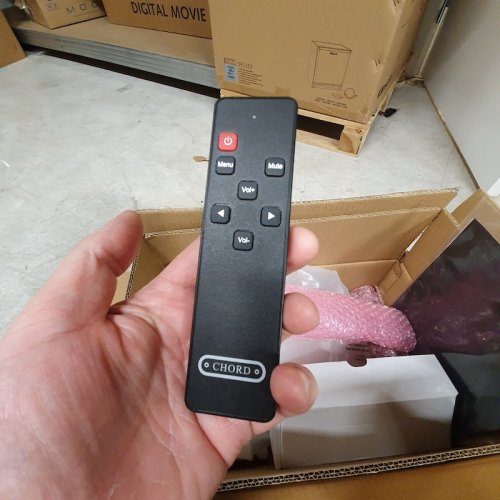 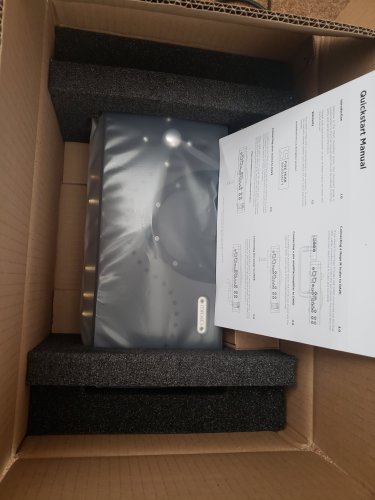 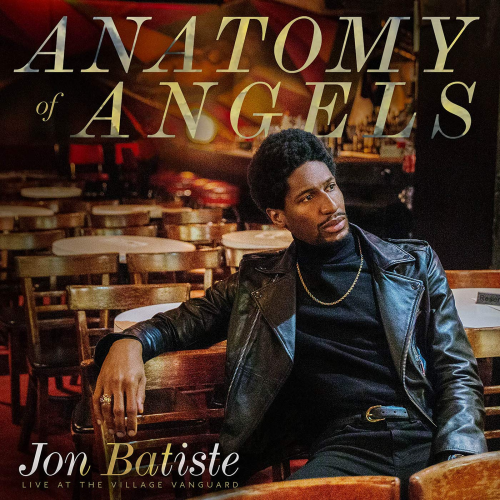 It is more a "time of day/night" issue as to when to choose HP listening  vs  2-channel big system sound,  e.g. other house zones used for family on games, TV , movies or quiet times such as early morning or late at night.

Lucky to have Nagra HD DAC, and EMM Labs XDS1v2, for sources, latter feed to Nagra, and Dharma with DHC Silver Comp 4 balanced cable ex-Luxman p700u, and alternate HD800 with Moon Audio Silver Dragon from Nagra HP output, the differences are subtle though suit some genres with different flavours.  The big system also very transparent and yet musical for all sorts classical, vocal and instrumental music.

More the selection btw these is because of surrounding family competition for sound space, both have significant immediacy and soundstage implications, and  relatively minor tonality, timbre issues. With no-one else in earshot, prefer 2-channel mostly.

Have read many posts re Chord DAVE, wondering if it would add much as a PCM-DAC for largely CD, SACD sources, some USB listening from Streamer...?? ??Comments ??  Thx for your thoughts..

I'm visiting London next week. Is there any Audio shop where I can listen to Dave even for a few minutes?
Click to expand...


I would have expected there to be a dealer selling DAVE, but so far i have only found this Audio T store. I have received good service at their Bristol store a few years ago.

You could also search the official list of Chord retailers in the UK.

I can't personally recommend either since I've never contacted them.
Click to expand...


SCSAV have got the TToby available for pre-order! Only a few weeks and the first online reviews will appear.

romaz said:
If you obtain a US to UK adapter, I can confirm for you that the MC-0.5 Waveguide will work just fine.
Click to expand...

I can't personally recommend either since I've never contacted them.
Click to expand...

romaz said:
HFC just returned from a big audio show in Washington, D.C.  It might take time for a response.  If you obtain a US to UK adapter, I can confirm for you that the MC-0.5 Waveguide will work just fine.
https://www.amazon.com/Ceptics-Grounded-Universal-Plug-Adapter/dp/B0080R95XI/ref=pd_sim_23_9?ie=UTF8&dpID=41bDKhihWCL&dpSrc=sims&preST=_AC_UL160_SR160%2C160_&psc=1&refRID=TATJ6M75VF6BEZRFHRNP

Because the more magnets, the better, many people buy these types of adapters so they can fit several MC-0.5s into one socket.  They cost about $5 USD: These adapters can be piggy backed allowing even more MC-0.5s to be plugged into one socket.  Here's mine with 5 MC-0.5s. What are those black cylinders?  Links for them?

Thank you all for the suggestions of audio stores

What are those black cylinders?  Links for them?

Member of the Trade (Reseller)

Member of the Trade (Reseller)

Read this with a sense of humour and irony:

Sorry, but Nordost have similar tubes i have had demoed for me in the past, where you can hook these harvesters in your ac outlets all around your house, and if you buy 25 of them you will instantly get to nirvana, and you cant have to many they claim!
So if you buy like 300 of them, then what would happen to the music?
Your old dusty Hitachi stereo deck from -87 in your basement will most likely sound as a Chord DAVE then!

It is like a pyramid game, it will never be enough on how many magnetic tubes you can buy, it will always sound better, until Ingram Washington sounds as smooth as Enya

I think you will end up getting mad before Ingram sound so smooth on his voice.

Can we keep this thread to the topic, and start a separate HF / Sonore / Roon thread maybe

Read this with a sense of humour and irony:

Sorry, but Nordost have similar tubes i have had demoed for me in the past, where you can hook these harvesters in your ac outlets all around your house, and if you buy 25 of them you will instantly get to nirvana, and you cant have to many the claim!
So if you buy like 300 of them, then what would happen to the music?
Your old dusty Hitachi stereo deck from -87 in your basement will most likely sound as a Chord DAVE then!

It is like a pyramid game, it will never be enough on how many magnetic tubes you can buy, it will always sound better, until Ingram Washington sounds as smooth as Enya

I think you will end up getting mad before Ingram sound so smooth on his voice.

Can we keep this thread to the topic, and start a separate HF / Sonore / Roon thread maybe

I agree, it's good to keep this about the DAVE, and I appreciate your sense of humor.  At the same time, it can be helpful to talk about things that can improve one's experience with the DAVE and even discussions about products that have been tried that result in no improvement at all can be helpful.

Where it was once believed the DAVE was completely immune to the source, I think it has been revelatory to find that some sources like the mR, for example, can really make the DAVE shine all the brighter and these discussions, I believe, have benefited many in terms of further optimizing their system and elevating their musical enjoyment.  In my view, there are more helpful and insightful "off topic" comments made on this thread then there are helpful or insightful "on topic" comments made in any magazine review of the DAVE that I have come across.

As for certain power products, many including yourself, have suggested that certain mains cables that have been tried including those from IsoTek, Shunyata, Audience, Nordost, etc., have made no significant improvement when it comes to the DAVE.  That has indeed been my experience also with most of these brands and so I think that some of these "off topic" discussions have been of value for many to know they shouldn't spend a lot of money on these things.  HFC cables, however, seem to be the exception and this may be due to the unique technology that they employ.  Of course, it is difficult sometimes to take the word of one person when they say they hear an improvement with a certain product or technology in their system, especially if that technology is so unconventional, and so I think people do take notice when others with a DAVE step up and share similar experiences.  Where there's enough smoke being generated, there might really be a fire.  Based on the responses to shuttlepod's recent review, I believe people are genuinely interested in the things he had to say (partly because he writes so well) and speaking for myself, these are the posts I enjoy reading the most, even if it was a bit off topic.  Regarding other off topic conversations of value, not too long ago, you brought up a topic that had nothing to do with the DAVE about how good your hearing was relative to the hearing of some of your older colleagues.  Personally, I found it to be a very interesting topic and I was preparing to respond to it until it got mysteriously pulled.  The reason I found it interesting is that while it doesn't take a special ear to appreciate the general qualities of the DAVE, I do believe it can take a special ear (especially an experienced and trained ear) to appreciate just how really good the DAVE is compared to other DACs.

On so many other threads on Head-Fi and elsewhere, people talk about how good this or that is with their DAC.  I have found, however, that I can't apply almost 90% of what others say to my own system for a few reasons.  One, I don't know how good an ear most people have and what their preferences and sensibilities are.  Two, because the DAVE is so uniquely engineered in so many ways, many things that make great differences with other DACs seem to hardly make any difference with the DAVE and vice versa.  On this thread, however, the DAVE is the one thing that many of us share in common and so I pay a bit more attention to comments made by a DAVE owner for the exact same reasons.  First, those who would buy a DAVE above and beyond another DAC, logic would suggest, have an experienced and trained enough ear to appreciate its finer qualities.  We are, after all, talking about a $13,300 DAC and it would be highly unlikely that the DAVE would be anyone's first DAC.  Second, those who own a DAVE generally have a "real world" working knowledge (and not just some theoretical understanding) of what makes the DAVE tick, what works and what doesn't work and so it becomes easier to relate to other DAVE owners comments, even if they are off topic.

In closing, regarding HFC products, I agree their discussion is probably better suited to a dedicated thread of its own and there is indeed a very good dedicated thread on Audiogon for those interested.  Once HFC comes out officially with their headphone device, I will be happy to start an HFC thread here on Head-Fi.  Until then, I won't speak of it again unless asked to directly comment although I will clarify one statement you have made because it may be misconstrued by some.  Since my Chord dealer is also a Nordost dealer, I have tried most of Nordost's product line including the $10,000 Odin mains cable (which didn't make much of a difference) but also the Qk1 AC enhancer that you seem to think is equivalent to the HFC MC-0.5 Wave Guide.  Here is that device: I can assure you that this device doesn't come close to what an MC-0.5 does.  The technology behind the two products is completely different and it would be misleading to suggest that if you've heard one, you've heard the other.
Mac Mini with Uptone Audio MMK mod + Paul Hynes SR7 LPSU > SOtM sMS-200 + Paul Hynes SR7 LPSU > Chord DAVE > DHC Silver Spore4 + HFC Trinity Helix > HE-1000, Focal Utopia, Abyss, TH-900, Omega Alnico Custom Monitors > Pure Bliss
Share This Post
Reactions: shuttlepod and Beolab
post-12724964
Post #3,642 of 14,844

@romaz @Beolab
I must say i find both of your posts about Dave and other products used,tested with the Dave very informative,and most of all a very good read.
Share This Post
post-12725017
Post #3,644 of 14,844

I think quite a few of us are using the microRendu, not least because the USB input is the dave's best one, and this transport does not break the bank.
Reviewer, theheadphonelist.com: Fit for a Bat! Flagship IEM Shootout

louisarmstrong said:
What do you guys use for transport for Dave? How would you compare, for example, the sound quality of just using an iPhone vs MacBook Pro vs  AK380 vs a Hifi-treated PC as source? I bet the SQ of using a high end CD transport will be the best, but my player at the moment is not a pure transport (Esoteric K-01), so not sure what I should use as source if I buy Dave, and how big the difference will be.
Click to expand...

Users Who Are Viewing This Thread (Users: 1, Guests: 8)