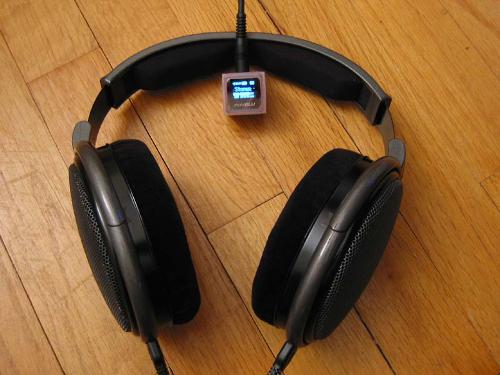 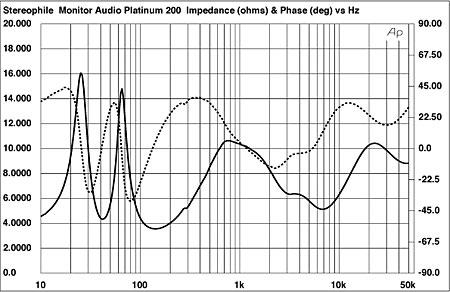 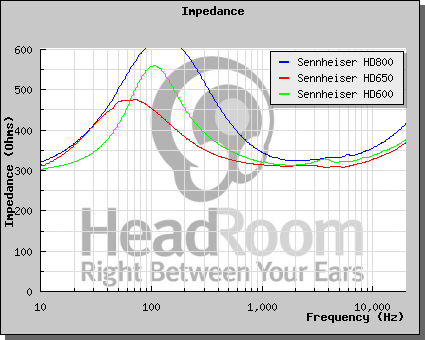 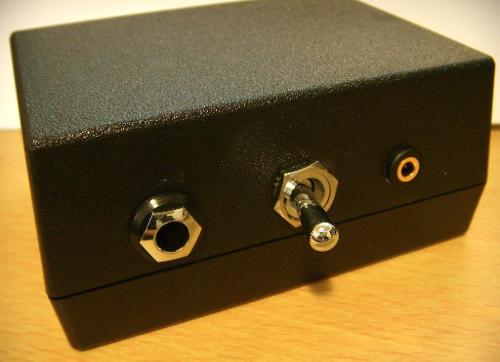 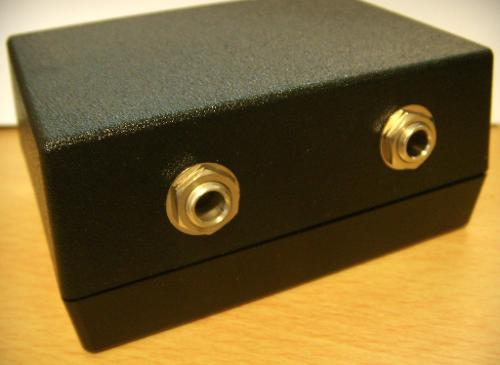 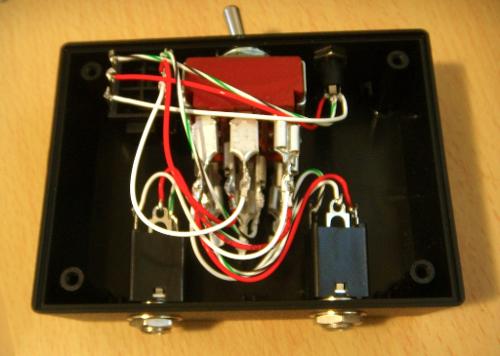 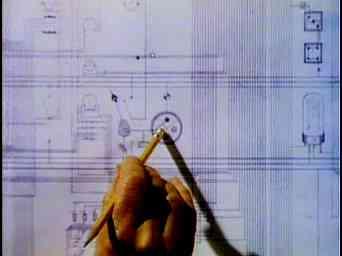 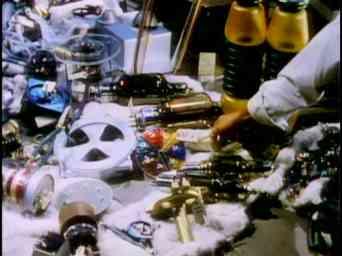 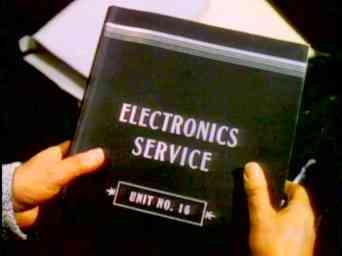 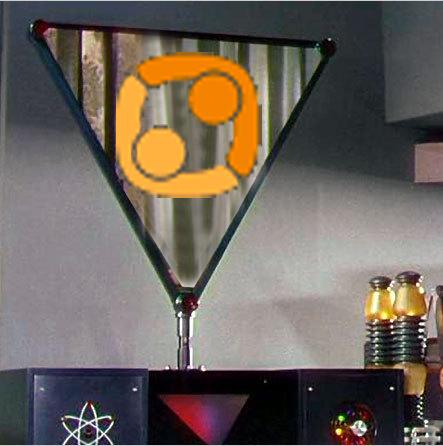 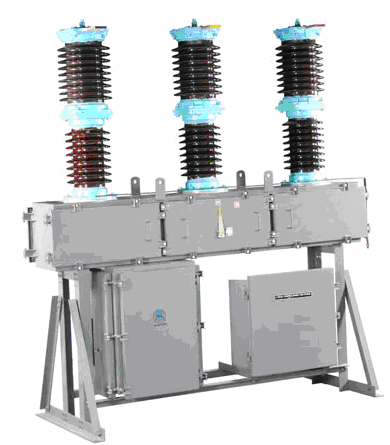 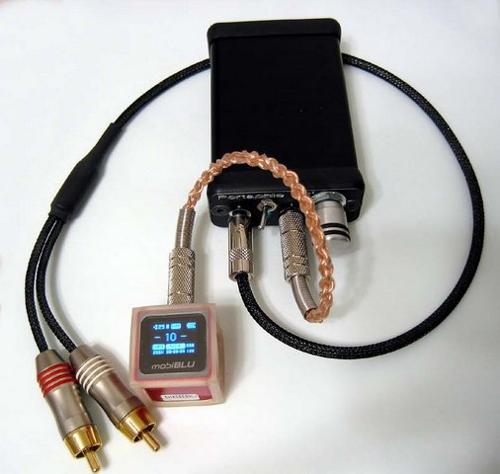 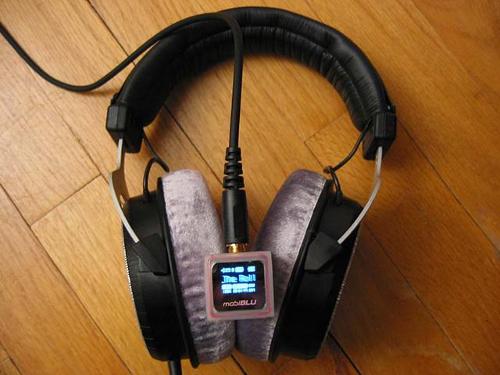 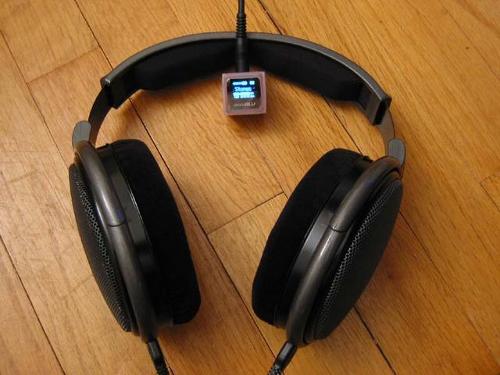 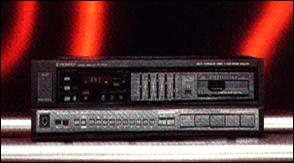 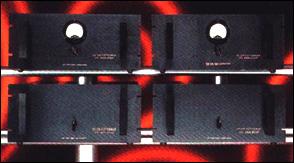 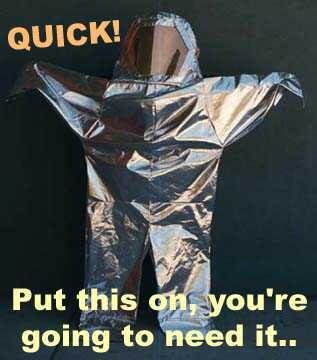 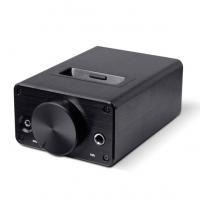 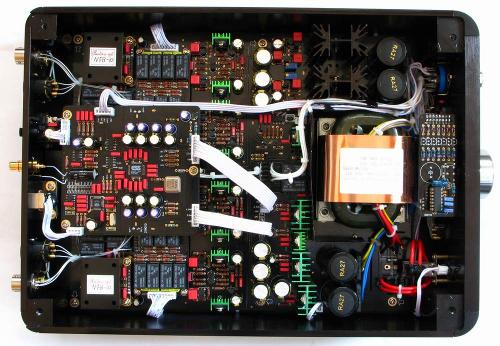 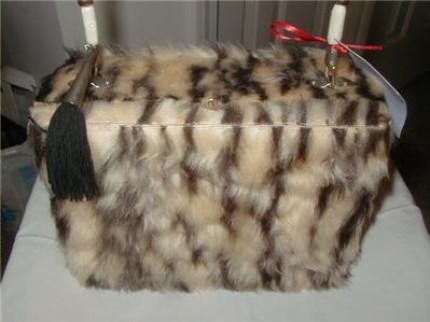 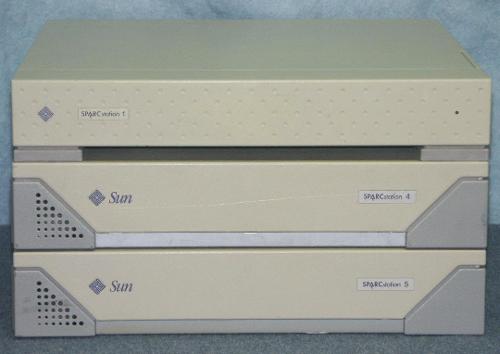 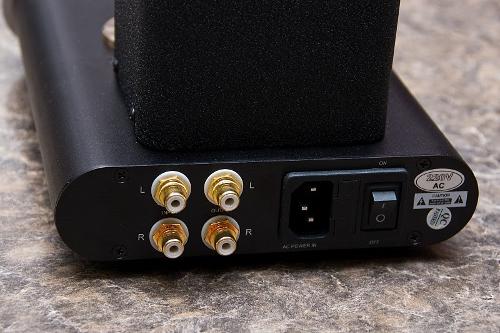 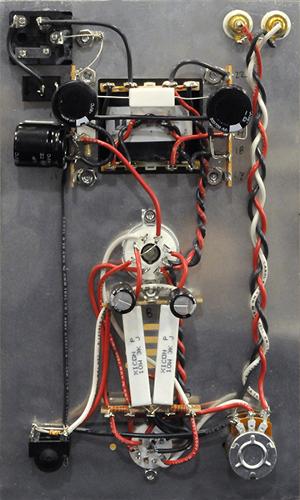 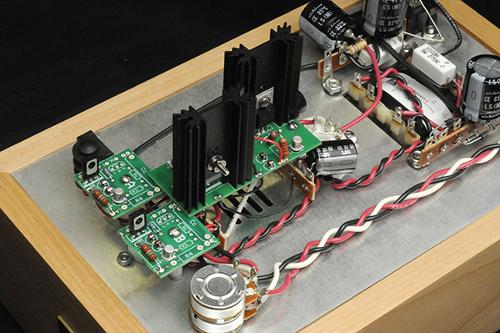 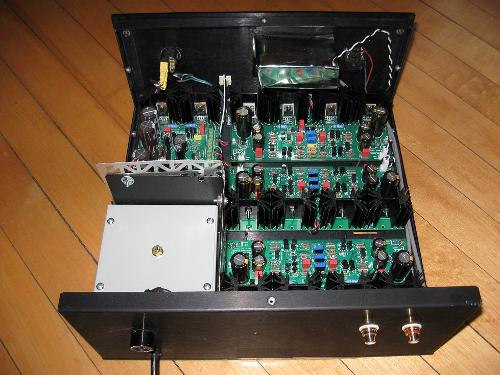 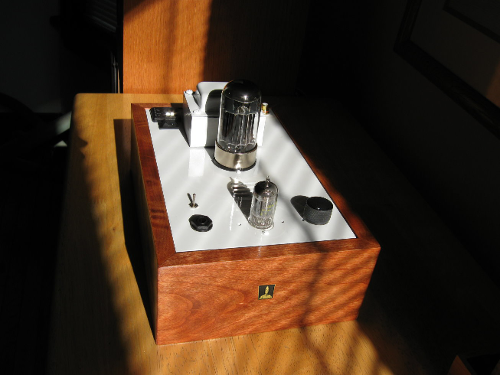 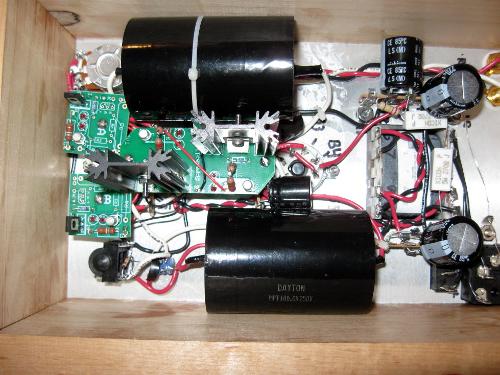 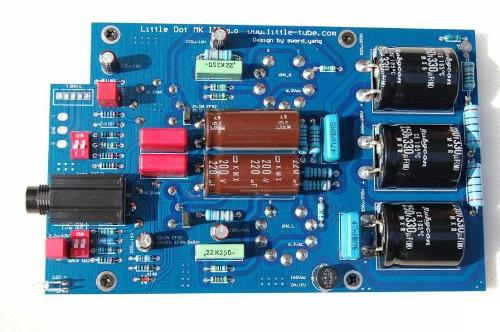 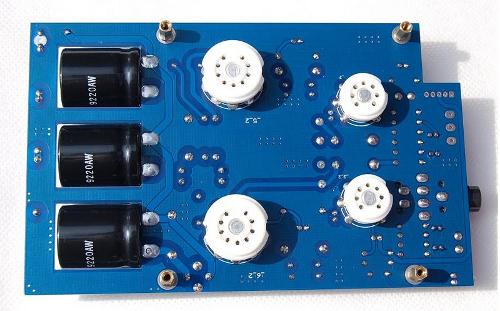 See full thread gallery...
You are using an out of date browser. It may not display this or other websites correctly.
You should upgrade or use an alternative browser.
AMP A / B COMPARISONS

armaegis said:
I know the M3 is the more economical/practical choice and I probably wouldn't be able to hear the difference, but there's that silly part of my brain telling me "MOAR POWER" and grunting like Tim the Toolman Taylor...
Click to expand...

olor1n said:
There's no "hate" here dude. Everyone's stated that the OP has provided some good insight. It's actually surprising. Perhaps the calm before the storm.


See my quotes ("hate"). Of course this is not a soap opera, to start pulling hair and spitting. Sometimes, when you deal with over-the-average smart/educated ppl (as I think there the majority on this forum is), the "hate" is ... silence. I've read a few posts that were asking nasty questions and others just didnt bother to reply or debate too much. They just ignored the "issue".
I think it's a self defending mechanism. I have it, so others must have it too

You see, there will be a huge difference in the number of posts/replies if a guy says he loves his new $5,000 amp and starts painting the ecstasy he's been through when listening or if he says the $5,000 amp sounds the same like his $500 amp an he's disappointed. Nobody wants to be told he made a bad decision, or even worse, he's pretty much lying to himself.

Disclaimer: I hope I'm not offending anybody, that's not my intention at all, I'm just talking about ... human nature. In this hifi field, you can really see it at work

Btw, Happy New Year HeadFi-ers! I really enjoy this forum, though I'm not much of a writer.

This thread makes me want to build a β22. The parts list and instructions are daunting. Especially since the undocumented first step for me will be, "learn how to solder."

I already have a desktop tube amp and a portable DAP that I'm happy with, so I don't feel motivated to make one of the standard amplifier projects to teach myself by. Guess I'll start spending time in the DIY forums to see if there's a kit that looks interesting and is applicable.

Thanks for your hard work, milosz. I feel like I've learned a lot here.
A visit to Hidition

armaegis said:
I know the M3 is the more economical/practical choice and I probably wouldn't be able to hear the difference, but there's that silly part of my brain telling me "MOAR POWER" and grunting like Tim the Toolman Taylor...
Click to expand...

i agree but this assumes that your source is up to snuff.  i would a take a BM DAC1 driving a pair of HPs over a $50 dvd player/B22 combo.

the sound sig of both the M3 and B22 are similar and both sound equally detailed; but the B22 pulls away with better transparency or "thereness" and a much better soundstage and imaging that puts you in the mix.  the M3 would make for a perfect monitoring tool if all you wanted to hear was the recording - the B22 gets you a little closer to the real thing.

Hmm, I think the other plus for the M3 is that you can roll opamps if the stock sound is not to your liking, though I need to figure out how to convert the active ground into another regular amp channel if I want to follow through with my original idea...
archived feedback link
building an active balanced ground: link
ortho transplants: Fostex T40v1/Phiaton PS500, SFI-120/Sextett, Fostex T50rp/V-Moda Crossfade, Fostex T50rp/Beyer COP
Winnipeg headfi community: http://www.head-fi.org/t/429399
next meet - Sunday Feb 19

Did you try any other opamps?  I find the 843s a little thumpy and grainy relative to the 637/627s, which appear to be smoother and have greater extension, on my M^3s.

The last time I did any testing, I found my Woo3 (Cetron-Jan tubes)  sounded remarkably like my 637/627 M^3.  My GS-1 sounds different with noticeably more space around things and a wire with gain sound.

The M3 has lower random noise, THD, and IMD than the B22 into any load. Just FoodForThought.
Quote:

nikongod said:
The M3 has lower random noise, THD, and IMD than the B22 into any load. Just FoodForThought.
Click to expand...

Argh this place is awful. Get some hard to drive cans, upgrade the amp. Then you get the amp and decide to find some even harder to drive cans... and so on and so on.

nikongod said:
The M3 has lower random noise, THD, and IMD than the B22 into any load. Just FoodForThought.
Click to expand...

milosz,
as a fellow DIYer, i appreciate all the effort to type personal and accessible reviews...and you sling solder

What would be cool is if you built monoblock beta22. Seperate power supply for seperate channel. Overkill i know but something I'd like to see

stainless824 said:
What would be cool is if you built monoblock beta22. Seperate power supply for seperate channel. Overkill i know but something I'd like to see

I enjoyed BUILDING the Beta 22 way more!  The Beta is just an awesome piece of gear. The M3 is super good too. But the Beta is over the top in terms of electronic goodness. There's more to this hobby than the sound. I think the "object-ness" of the gear can be a pleasure in itself, and building something with as many parts as the Beta is a good way to while away quite a few hours during wintry evenings. Take your time in building; it's a craft like cabinetmaking or weaving.

HOWEVER:  if you have never soldered very much before, the Beta might be daunting. There is A LOT of soldering on this thing, and one cold joint or solder bridge where there shouldn't be a connection can prevent it from working and can be hard to find among all those many solder joints. So in the case of novice builders I would warn against the Beta; the M3, or the CK2-III would be a better choice. http://www.amb.org/audio/ck2/  the CK2-III  is pretty easy to build, even easier than the M3 and offers similar performance.

Will you hear the difference? I dunno.  They are real damned close.

BUT- the Beta definitely can drive HE-6's and the M3 can't. The M3 driving the HE-6 clips audibly at levels I would find "moderate to somewhat loud"-

Now you may never have a pair of HE-6.  But then again you MIGHT. And maybe the HE-99,000 will come out offering class-beating performance at some middling price point but require gobs of power the way the HE-6 does.  You never know. (FYI, I found that the CK2-III CAN drive the HE-6's to loud levels.)

The Beta 22 is the kind of thing where you feel, gee, this is likely about as good as it gets, I won't have to worry about upgrading my headphone amp maybe for years and maybe for MANY years. And if you build it yourself there is good value, too, even if it costs a few dollars.

I think the place to look for savings with a Beta 22 is the CASEWORK. I bought a Par-Metal case which is nice but not real fancy or anything.  And it cost over $100.  And you can spend even more!  So maybe try to do something with wood lined with thin aluminum sheet to shield against electric fields like AC buzz. Or some other creative do-it-yourself solution.  Like, buy an old DEAD power amp for $7 on eBay and gut it out.  A power amp will have a minimum number of holes cut in it, allowing you to creatively re-use the chassis.

And FOR SURE build a 2-chassis Beta22, I made the mistake of building a single chassis and had to enclose my power transformer in an inner steel chassis or there was hum. I had my Beta as a 2 board amp at first:  no hum.  Going to 3-board "active ground" setup, and there was HUM.  The 3-channel version seems real sensitive to the magnetic field from the transformer.   For your power supply, use a more utilitarian cheaper STEEL enclosure and  tuck it away out of sight like a wall-wart when using your Beta22. Steel is good, it contains the magnetic field from the transformer and is cheap.
"After one look at this planet any visitor from outer space would say, 'I want to see the manager.'"
-William S. Burroughs

I know you didn't have a chance to A/B the beta before and after the upgrade but can you expand a litle about the diffrences you felt going from 2-ch to 3-ch?
Feedback: http://www.head-fi.org/forum/thread/470411/eliziz
You must log in or register to reply here.