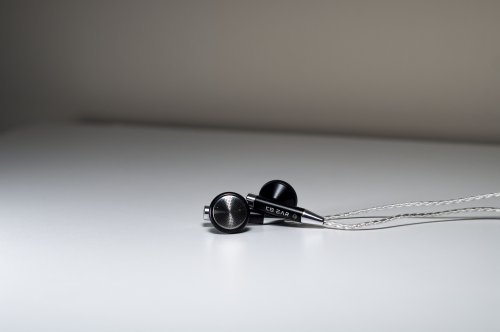 The KB EAR Knight is an earbud with a 15.4mm biodynamic driver. The Knight currently retails for about $12 at the MissAudio Store on Aliexpress. The Knight was provided to me by MissAudio in exchange for a fair and objective review.

This review can also be viewed on my blog: KB EAR Knight Review

SOURCES:
I have used the KBEAR Knight with the following sources:
I have tested these earbuds with local FLAC, Spotify Premium, and Amazon Music HD. Visit my last.fm page to get an idea of what I listen to.

PACKAGING AND ACCESSORIES:
The KB EAR Knight comes in a small rectangular black box. The Knight is pictured on the front of the box, and the Knight’s technical specifications and KB EAR’s contact information are provided on the back.
Included with the Knight are five pairs of full foam covers and a shirt clip.

BUILD QUALITY / DESIGN:
The KB EAR Knight’s design reminds me of a vintage automobile flood lamp. The driver enclosure has a triangular cross-section and is mounted to a post. The cable emerges from the bottom of this post. The Knight’s all-metal construction is impressive for the price, and I did not detect any obvious flaws in the machining. The housing is anodized black metal with silver accents at the cap and base of the post and a polished metal driver shield. The driver shield is concentrically ringed with tiny circular openings. There is a single circular vent on the back of the driver enclosure. Each post is marked with “KB EAR” and “L/R” in white print. Each housing has a metal stem to protect the cable.
The KB EAR Knight’s cable is silver and is covered by a clear plastic sheath. The Knight has a straight 3.5mm jack with strain relief. The jack housing and the Y-split are metal with a finely knurled surface texture. There is no strain relief where the cable enters the metal posts. There is no chin-adjustment choker.

COMFORT / FIT / ISOLATION:
The KB EAR Knight is designed to be worn cable-down only. It is easy to get a consistent and secure fit. Comfort is excellent, but isolation is non-existent, as with any earbud.

SOUND:
The KB EAR Knight is a bright-sounding earbud.
Sub-bass is rolled-off and there is not enough mid-bass to reliably convey the impact of percussive notes. What little bass is present is well-articulated for an earbud at this price point but texture is very limited. There is not enough bass to create bleed into the midrange.
The midrange is heavily skewed towards emphasizing presence and female vocals over body and male vocals. The lower midrange is recessed and thin-sounding, though male vocals are intelligible and do not sound smoothed-over. Distorted electric guitars have plenty of bite. The upper midrange is frequently sibilant, though this occurs more often with instruments than with female vocals. Female vocals are too far forward. Timbre is thin but not overtly metallic or plastic.
Both upper- and lower-treble are emphasized with abundant sparkle and ample air. The lower treble is a bit more forward than the upper treble, and percussion notes in the treble range are sharp to the point of discomfort. Detail retrieval is excellent, and transient delivery is quick and nimble.
Imaging is somewhat fuzzy. Instrument separation is excellent. Soundstage is smallish for an earbud.

AMPLIFICATION REQUIREMENTS AND SOURCE PAIRING:
The KB EAR Knight is somewhat difficult to drive, especially in comparison to other earbuds at this price point with similar advertised impedance/sensitivity ratings. I recommend using at least a moderately powerful source with them. The Knight does not hiss.

COMPARISONS:
KB EAR Knight ($12) vs Nicehck ME80 ($17)
The ME80 is a more balanced-sounding earbud than the KB EAR Knight. The ME80 has much better sub-bass extension and a punchier mid-bass region. The ME80 has slightly faster and much more textured bass, especially with less powerful sources. The ME80 has some mid-bass bleed into the lower midrange but not enough to create muddiness. The Knight’s lower midrange is significantly more recessed, and its upper midrange is more forward. The ME80’s lower midrange has much more body, which contributes to a more realistic timbre. The ME80’s treble is less forward than the Knight’s but competes with the Knight in terms of clarity and detail retrieval without being harsh. The Knight's soundstage is larger. The ME80 has better imaging. The Knight is harder to drive but scales with more powerful sources. The ME80 comes with a carry bag.

CLOSING WORDS:
The KB EAR Knight is too fatiguing of an earbud to recommend over more balanced options near its price point.
Reactions: SoundChoice and bjk8kds
Read more…