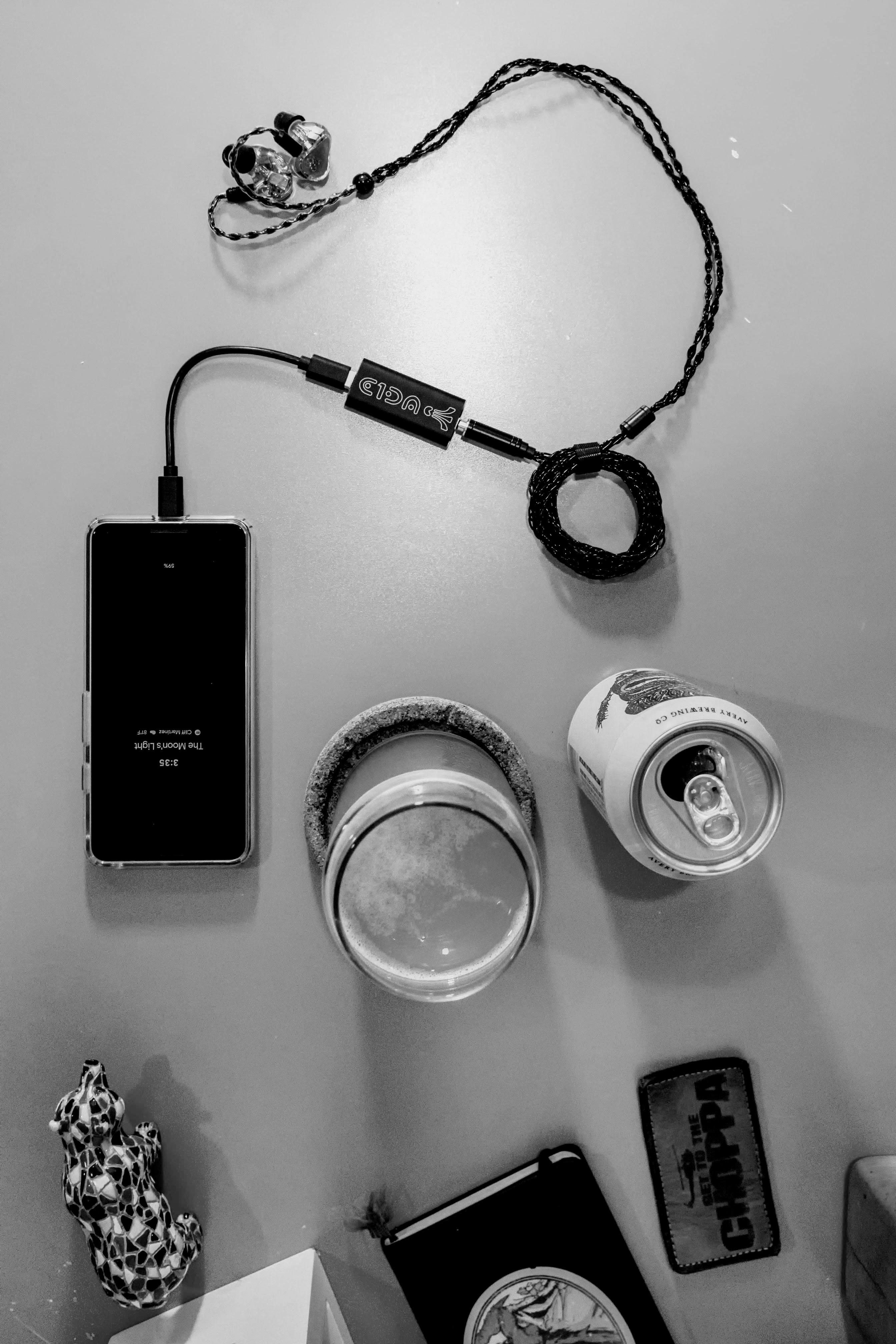 The E1DA 9038S Gen 3 is a compact digital-to-analog converter (DAC) and amplifier combination unit with a female USB-C connection and a single 2.5mm balanced audio jack.

The 9038S was provided to me for review by HiFiGo, where it is available for purchase for as low as $88: https://hifigo.com/collections/head...-3-usb-dac-headphone-amplifier-amp-and-cables

Note: E1DA fixed this issue with a firmware update in November 2020.

The 9038S is more than powerful enough to drive any of the portable headphones I have in my inventory to dangerous volumes. I did hear hiss with the Moondrop S8 in certain circumstances, such as powering the 9038S with an external power bank using the Y-split USB OTG cable.

My readers are likely familiar with my long-stated belief that if a playback device is coloring the sound, something is wrong with the source device. My initial listening experience using the 9038S challenged that conviction. I could not shake the sense of improved clarity and detail retrieval offered by the 9038S over the sources I originally used to review the Smabat ST-10S. I decided to evaluate these impressions under more controlled circumstances.

I connected one earbud to The Element and the other to the 9038S and volume matched the two sources using my Dayton iMM-6 microphone to 1/10th of a dB. To do this, I aligned the center of the earbud face with the center of the tube coupler bore and secured the earbud to the coupler using micropore tape around the earbud circumference. I then played a Redbook copy of “Archetype” by Fear Factory and switched back and forth between the two sources.

To my surprise and in the face of my long-held conviction that all well-designed sources should sound identical, the earbud playing from the 9038S sounded tighter, more detailed, and more spacious, with better definition of and separation between notes, while the earbud playing from The Element sounded slightly smoother and warmer in tonality.

I repeated this test using the same track with the Moondrop S8. This time I took care to ensure that both The Element and the 9038S were set to 24 bit /44.1kHz in shared mode in addition to volume matching, which I had not done in my initial comparison using the ST-10S. My differing perceptions of the two sources remained audible.

I will note that this is a sighted comparison and not a double-blind test. However, I will also note my predisposition towards dismissing claims of audible differences between sources coming into this comparison, an attitude I have held since early in my audio journey. Additionally, I am mostly confident that I would not have been able to distinguish between the two sources examined here without the benefit of instantaneous switching.

There are two alternative explanations for the conclusion I have reached. One is that channel imbalance can explain my perception. To assess this possibility, I measured both channels with both sources. My results are below: 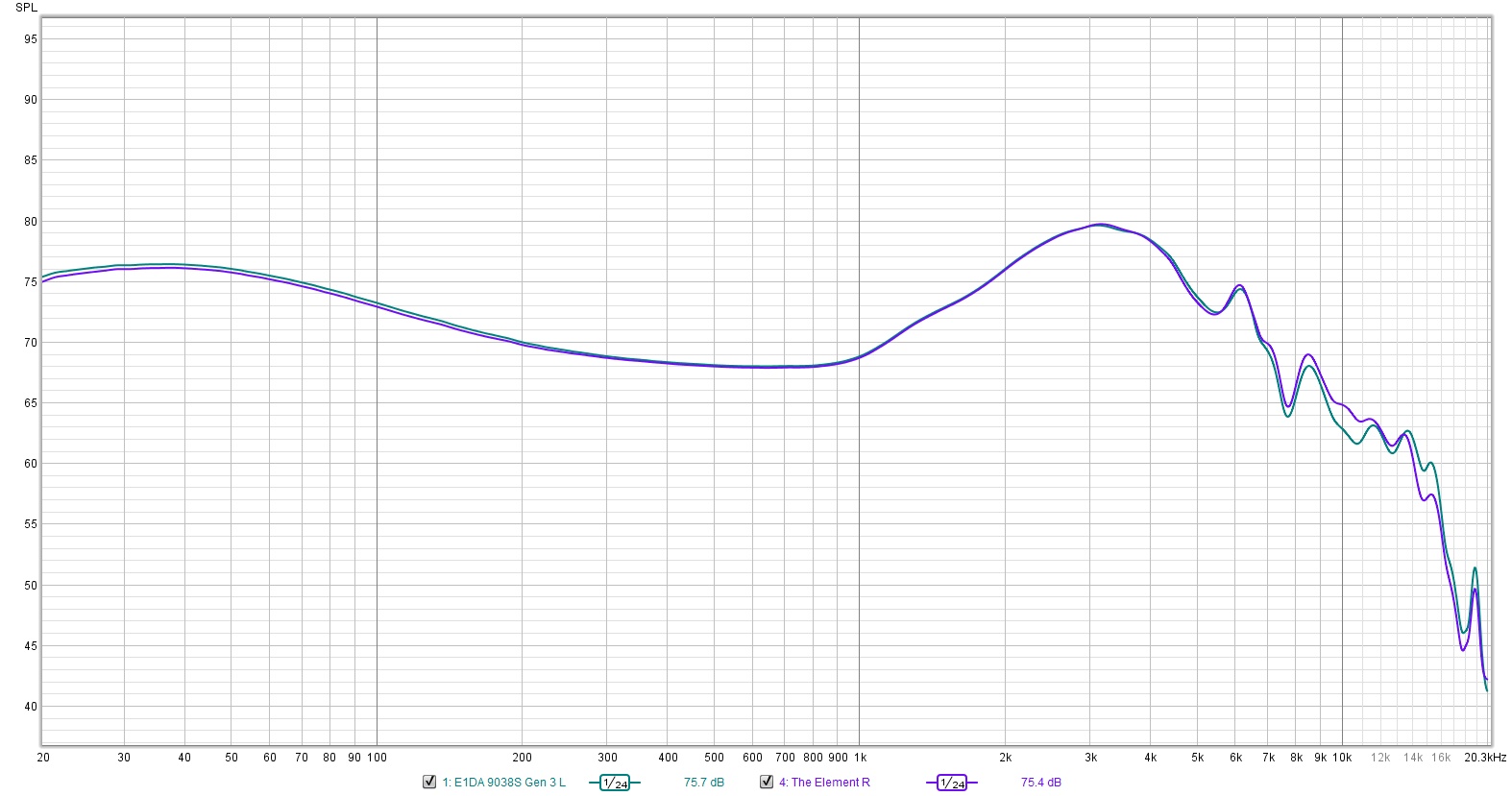 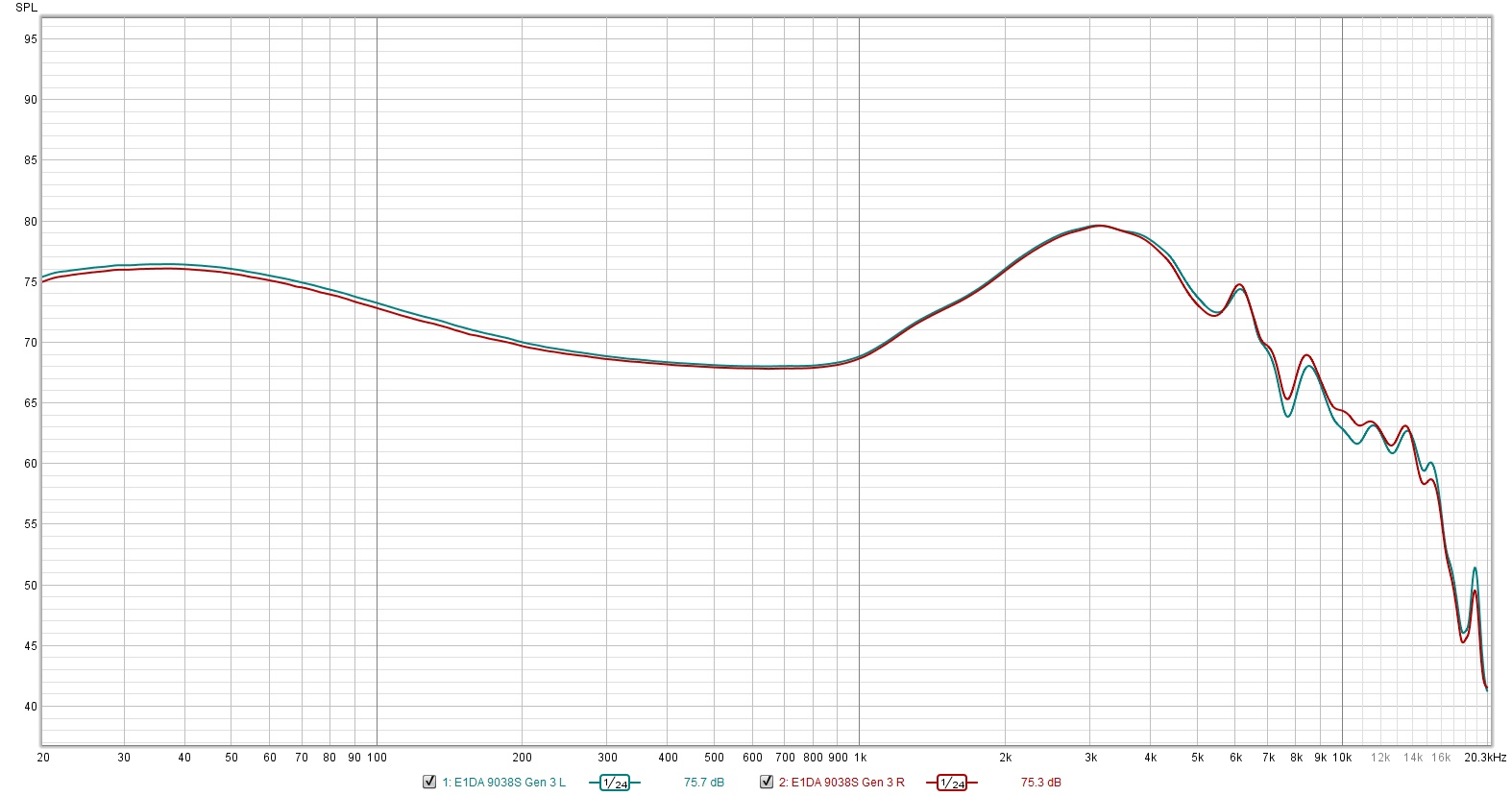 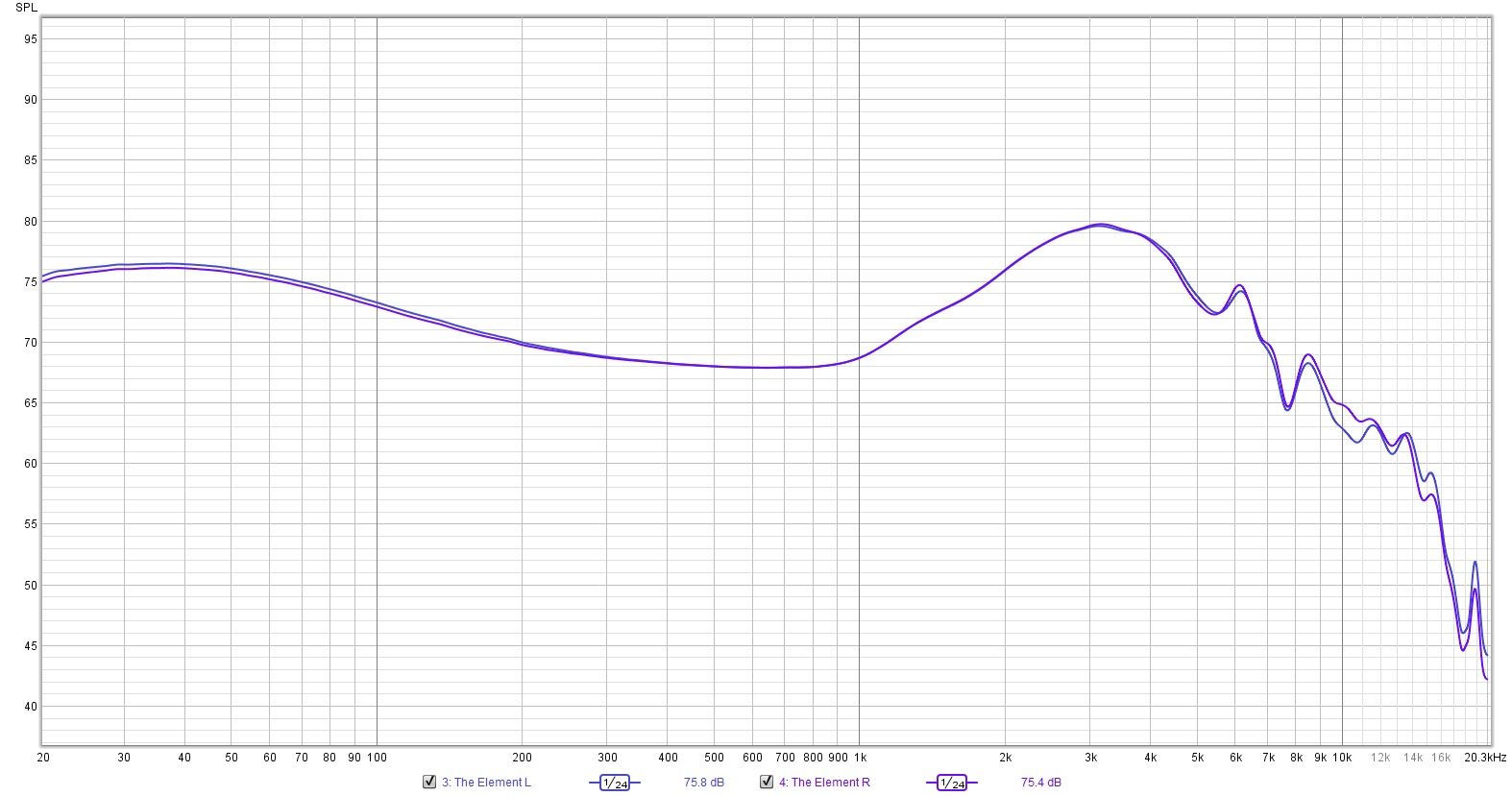 The Element (Left and Right)
I am skeptical of this alternative explanation given the minute differences in matching between the left and right channels of the S8.

There are minute variations in my measurements between the two sources in the upper-treble region but I am inclined to believe these are a result of tiny differences in insertion depth and bore angle during the measurement process as opposed to frequency response differences inherent to the hardware: 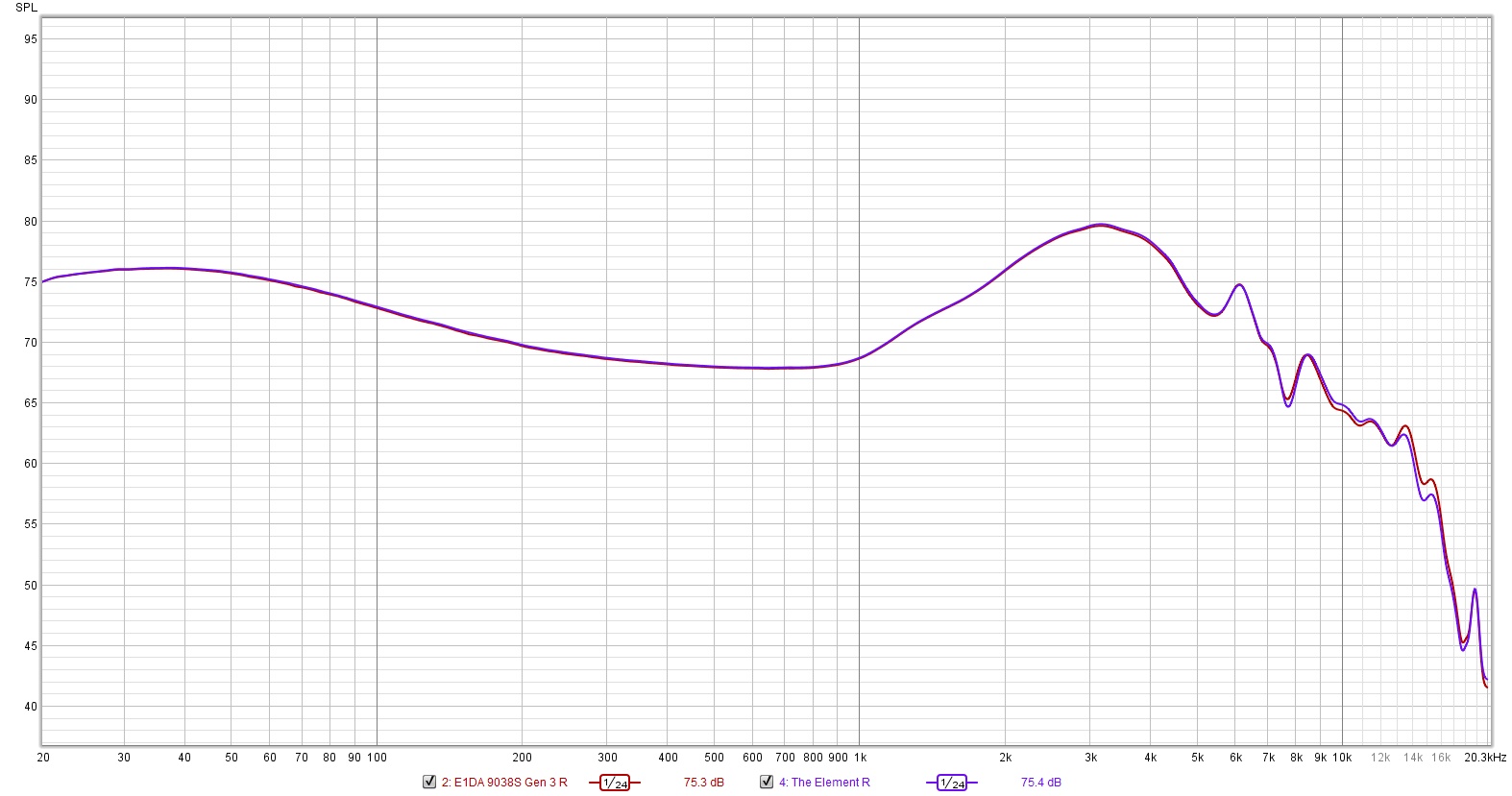 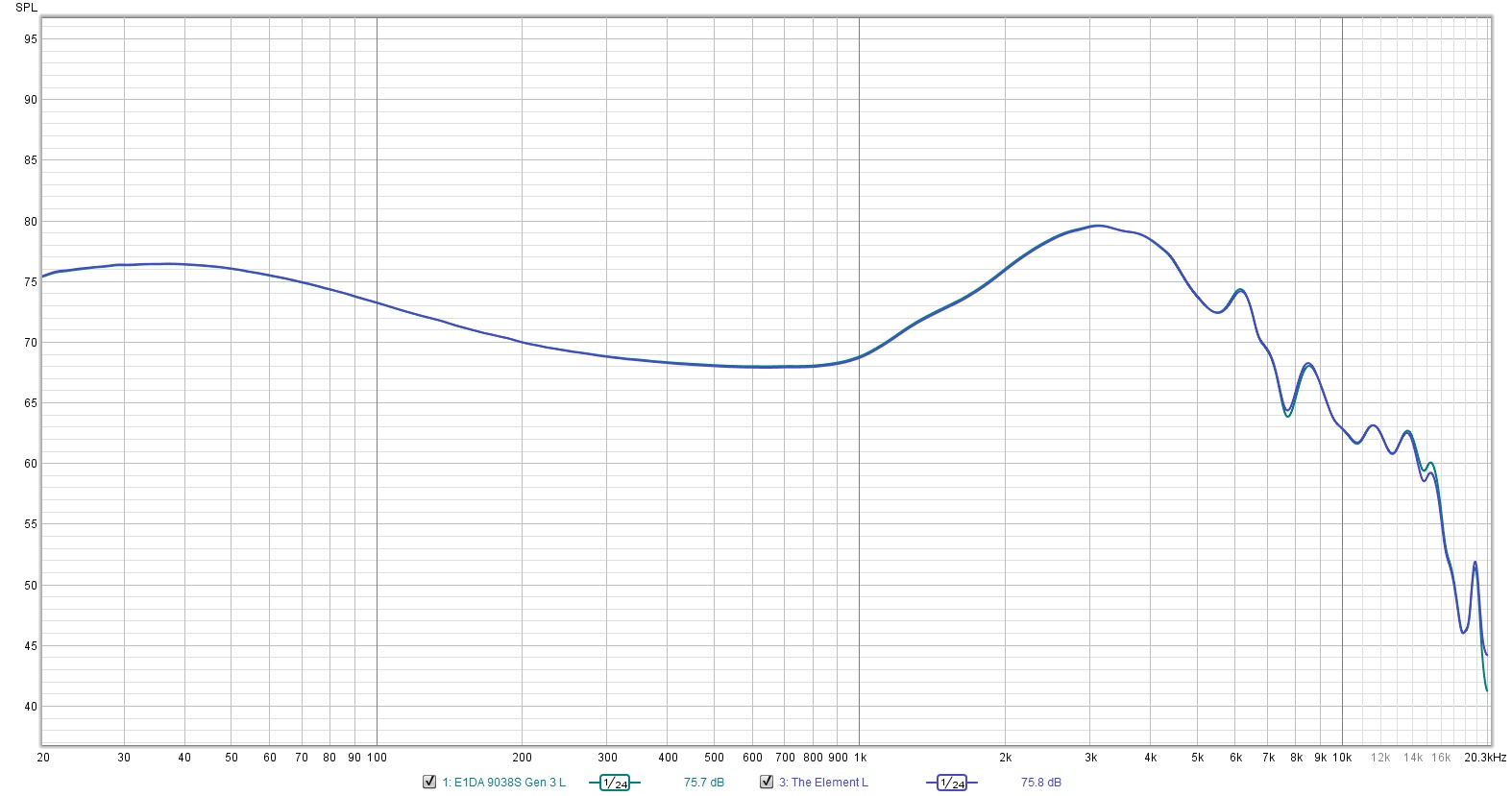 The explanation for the audible difference between the two sources may be that The Element uses a minimum phase digital filter, while the 9038S uses a linear phase filter by default. I flashed the minimum phase slow roll-off filter firmware to the E1DA and recompared the two, and I no longer heard a clear difference. I have reached out to JDS Labs to confirm that the filter used on pre-V1.53 Elements is a minimum phase filter. Thanks to /u/rynoweiss on Reddit for pointing me in this direction.

The following power consumption reading was taken while the device was in use: 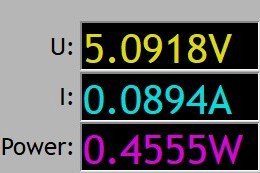 For comparison, here are power consumption readings for several other USB audio peripherals: 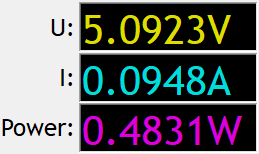 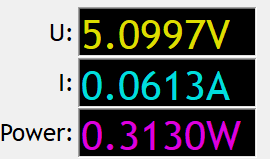 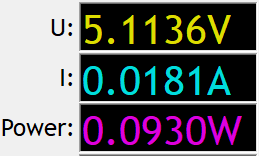 There is a lot of snake oil in the audio enthusiast marketplace, and it should be incumbent upon individuals who claim that different pieces of hardware sound audibly distinct to make sincere attempts to disprove alternative explanations to their claims, as I have done here. This is especially true for reviewers and others in positions of influence. I certainly benefited from my training in the physical sciences as I set up the experiments I detailed in this review, but these experiments are far from exotic or complex and could be easily replicated by others.

I am extremely pleased with the E1DA 9038S’ sound quality and ability to drive all manner of headphones. It is worth a look if you are in the market for a compact DAC/Amp combo.
Last edited: Jan 31, 2021
Reactions: Medikill, P007, Cat Music and 4 others
View previous replies…

darmanastartes
I haven't tried with the driver installed on my laptop but I'll give that a shot.

darmanastartes
Unfortunately, I'm still getting dropouts after installing the driver. Discussion on the E1DA discord indicates the issue is related to poor quality USB hardware.

Lacas
I encountered this dropout issue in case the USB port could not provide enough power (when I used the 9038S together with iFi usb filters) - I could handle this with external power supply connected with Y usb cable. Hope it helps.
Read more…