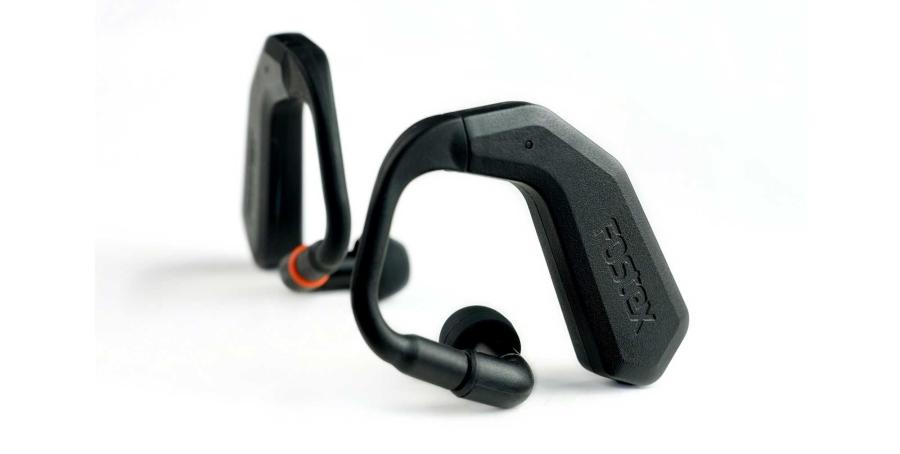 TM2 is the Fostex’ first and the next generation TWS earphones that consists of a pair of main receiver unit with touch-sensor and multi-button, detachable flexible short cable and detachable 6mm dynamic driver unit. The latest Qualcomm chipset QCC3026 allows left and right independent connection with a True Wireless™ Stereo Plus ready device.

Pros: Support for user-preferred interchangeable drivers, a good 10 hr use per charge, support for the latest True Wireless Plus connectivity, being cheaper than some of the other TW alternatives, it's great value for money, and strategic long term investment due to interchangeable user-preferred IEMs.
Cons: A little larger than other TW bud alternatives to house the long lasting battery, possible hiss to sensitive IEMs
Introduction

Before I start, I’d like to thank Fostex for providing these review pair of TM2 along with the FitEar adapters. 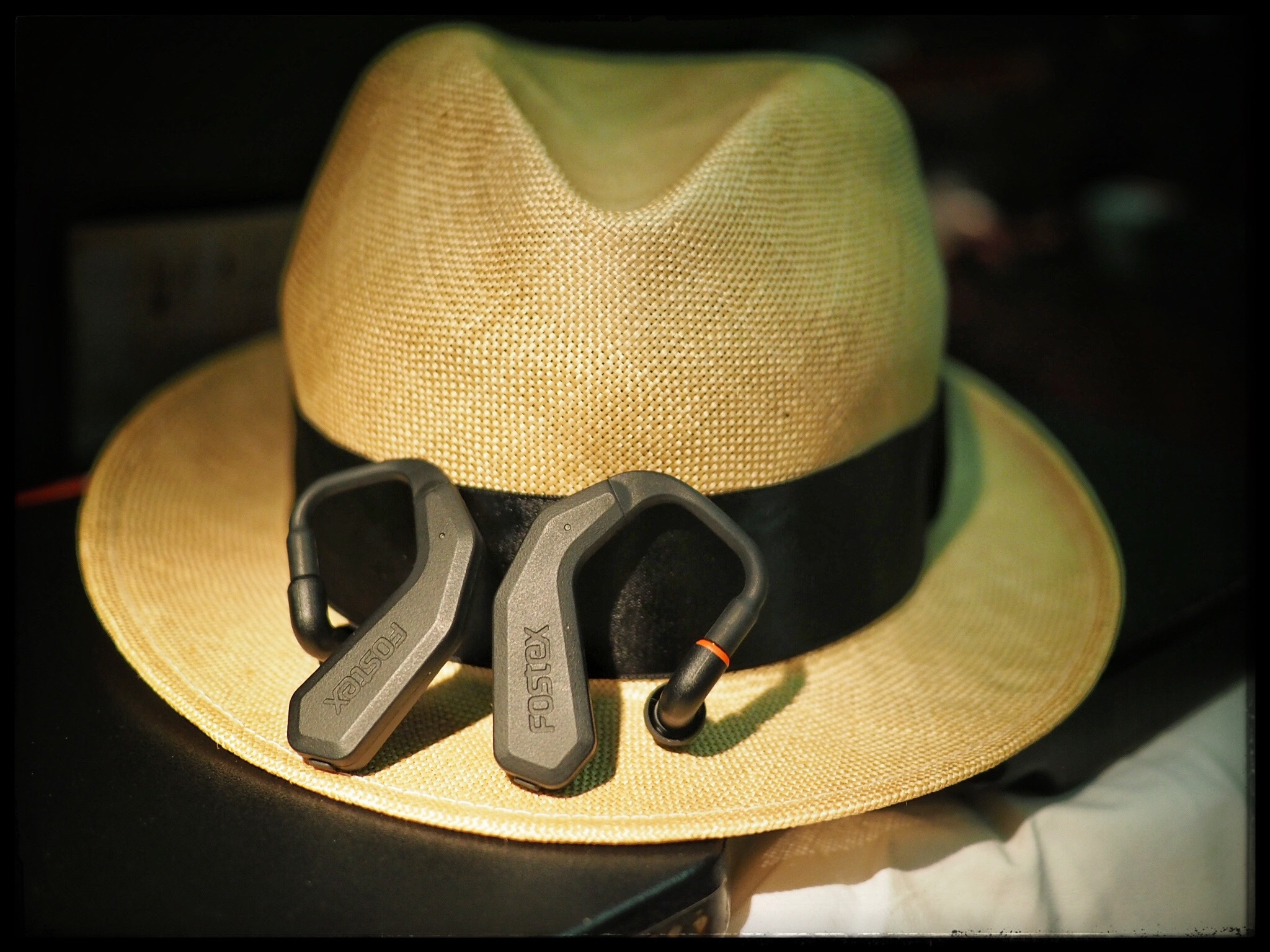 Bluetooth earphones are nothing new however they’ve historically been tethered between the left and right channels, and in general have targeted to the standard mass consumer markets. Manufacturers have tuned them to be average warm bass to U-shaped Hifi-ish frequency response which was enough to capture the average listener who wouldn’t want to spend as much as audiophiles/audio enthusiast however is willing to spend a little more for the convenience of wireless.

It seemed to have taken 2 main noticeable events - bluetooth codec standards such as Kleer, AptX, LDAC, AAC (all proprietary!) start to mature despite being in existence for many years, and for Bluetooth earphones to be untethered...i.e. “true wireless” - did we start to see a subset of audio enthusiasts break away from the norm to give wireless a shot.

We’ve seen the number of true wireless offerings blossomed dramatically in the past 24 months, where only a mere 36 months prior, there were only a handful of brands. The offerings have also gotten bolder providing more and more options to the audio enthusiasts whilst continue to provide for the mass consumer market. 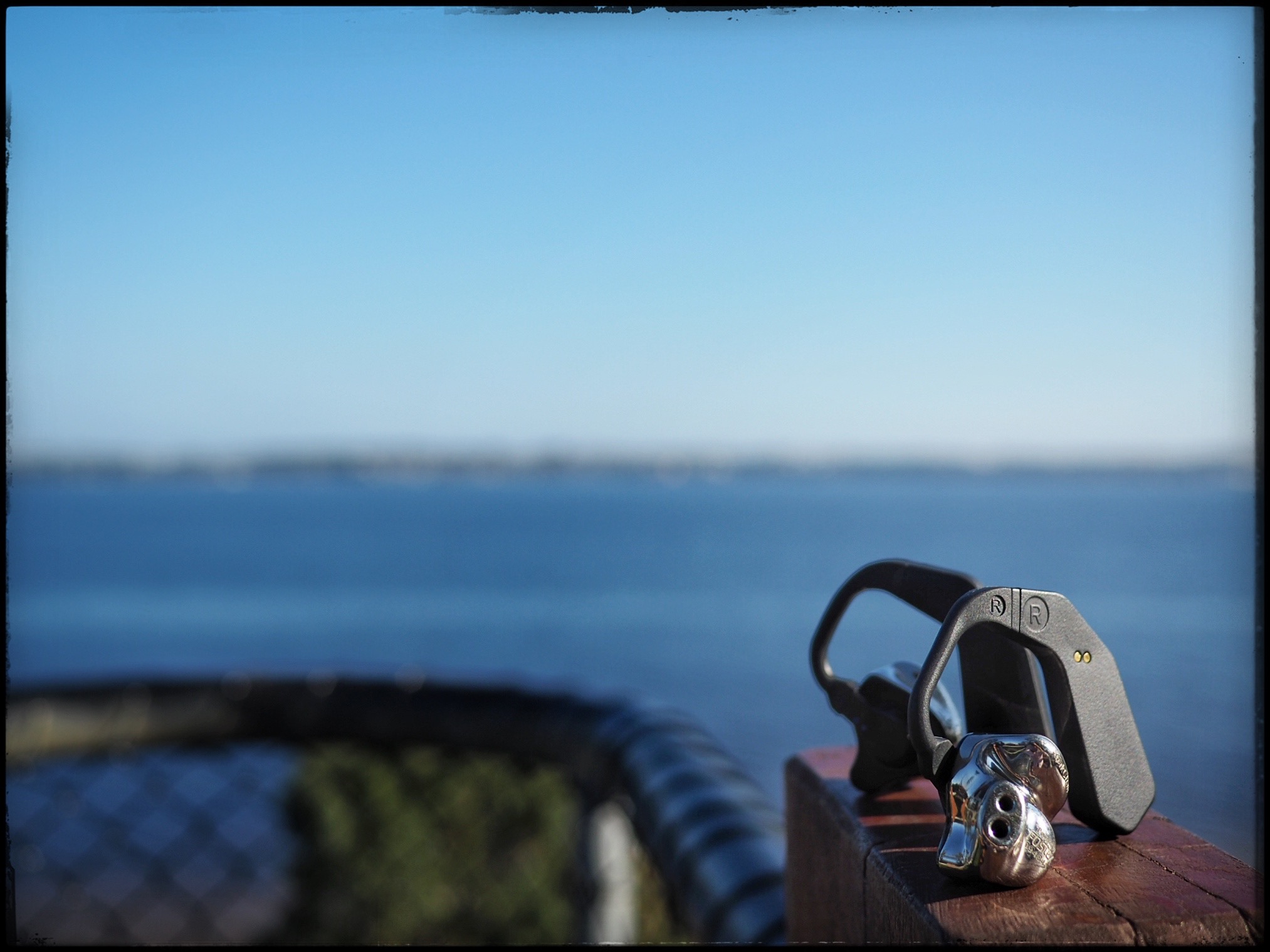 Here is where the Fostex TM2 comes in. To make it stand out from the rest of the True Wireless offerings, TM2 not only supports the latest Bluetooth v5.0 standards, IPX5 class water resistance, and AAC, AptX codecs, but with its Qualcomm QCC3026 SoC, it supports independent left and right channel connection with True Wireless Stereo Plus with a compatible transmitter. Most other true wireless take on a master slave approach where the transmitter pairs and connects to one master channel (left or right), and in turn the slave (right or left) connects to the master channel. Another prominent unique feature of the TM2 is the support user-preferred earphones via optional two pin, MMCX, or FitEar-styled connectors. As such, one can use their favourite CIEM with the TM2.

If those features aren’t enough to entice an audio enthusiast, then maybe the long 10 hour battery life may. I was able to enjoy TM2 for a long overhaul flight from Tokyo to Sydney with my favourite FitEar Titans. 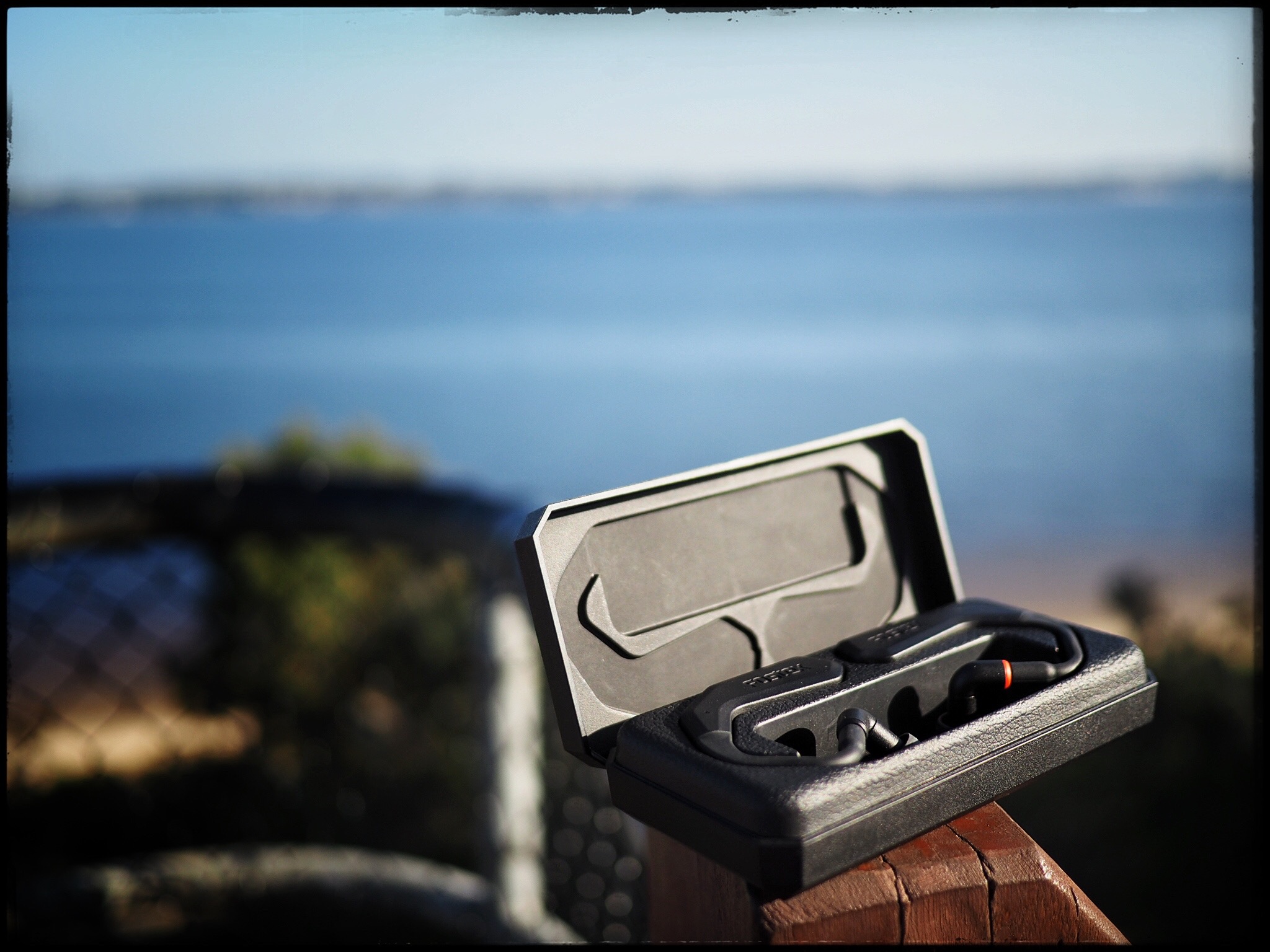 It’s true that when one first sees the TM2, they would wonder “Why is it so big with earhooks when other competitors are offering smaller in-ear True Wireless?”. I also have a Jabra Elite Active 65t and it’s tiny - even with its charging case. I won’t go into which is better than the other as each have their own use. Whilst the 65t just “sits in the ear”, it has popped out quite a few times especially during workouts where I’m lying other bench. Whilst the 65t has a 5 hr rated battery life per charge, I tend to get more like 3-3.5 hrs - which isn’t long if I were to use it for commute and gym for the day. The size of the TM2 allows the 10 hour battery life and the ear hooks keep TM2 in place around my ears. 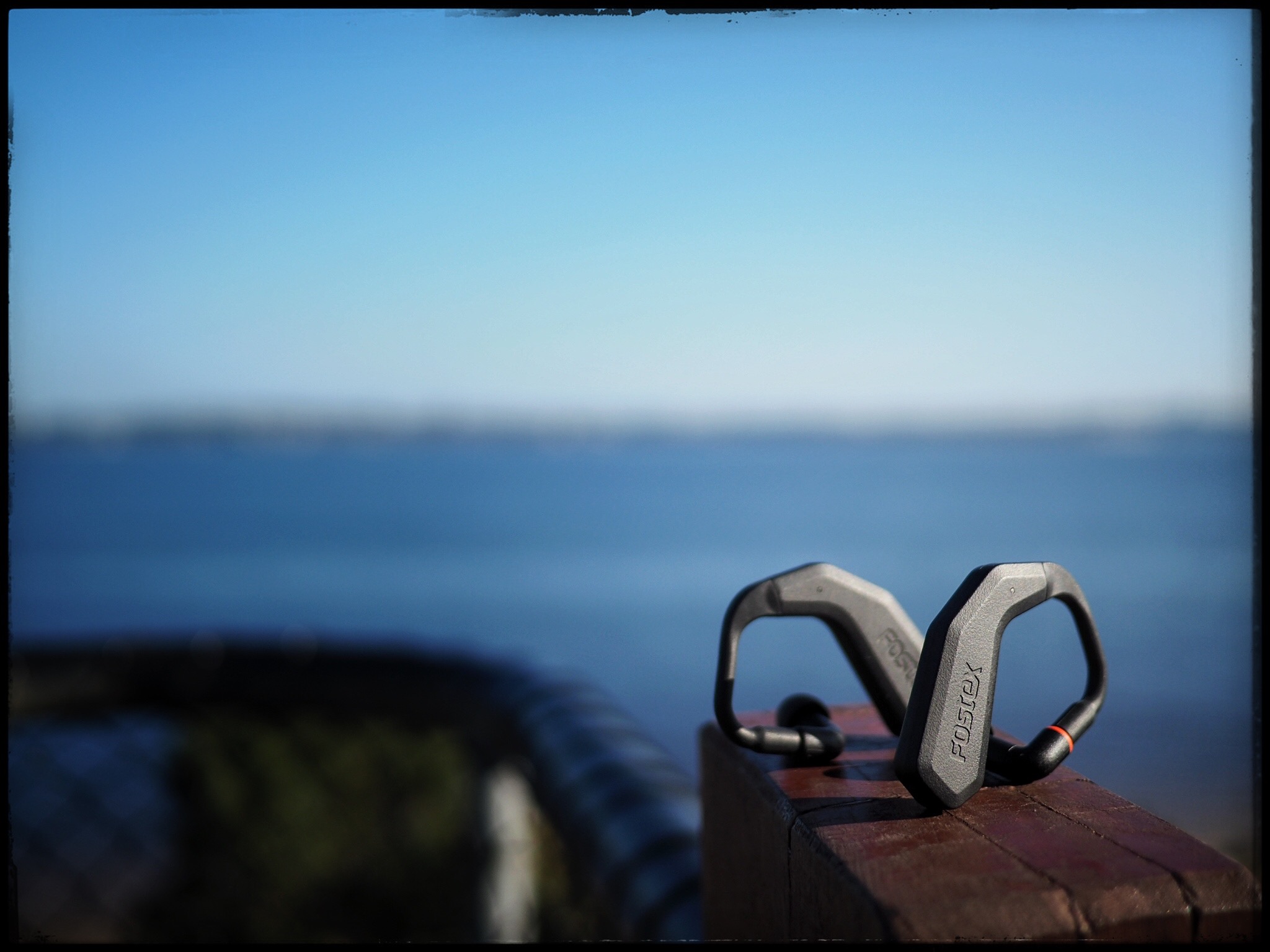 Although I wear glasses, the memory wire don’t seem to interfere much with the arms of my glasses. Using the default TM2 driver however, I do find that due to the MMCX swivel, the earphone can pop out of my ear canal however the TM2 stays in place. Naturally when using my FitEar Titans CIEM, the earpiece is rock solid and stays in place. Back to to the TM2 driver however, with the right tips, they seal (and therefore isolate) very well. 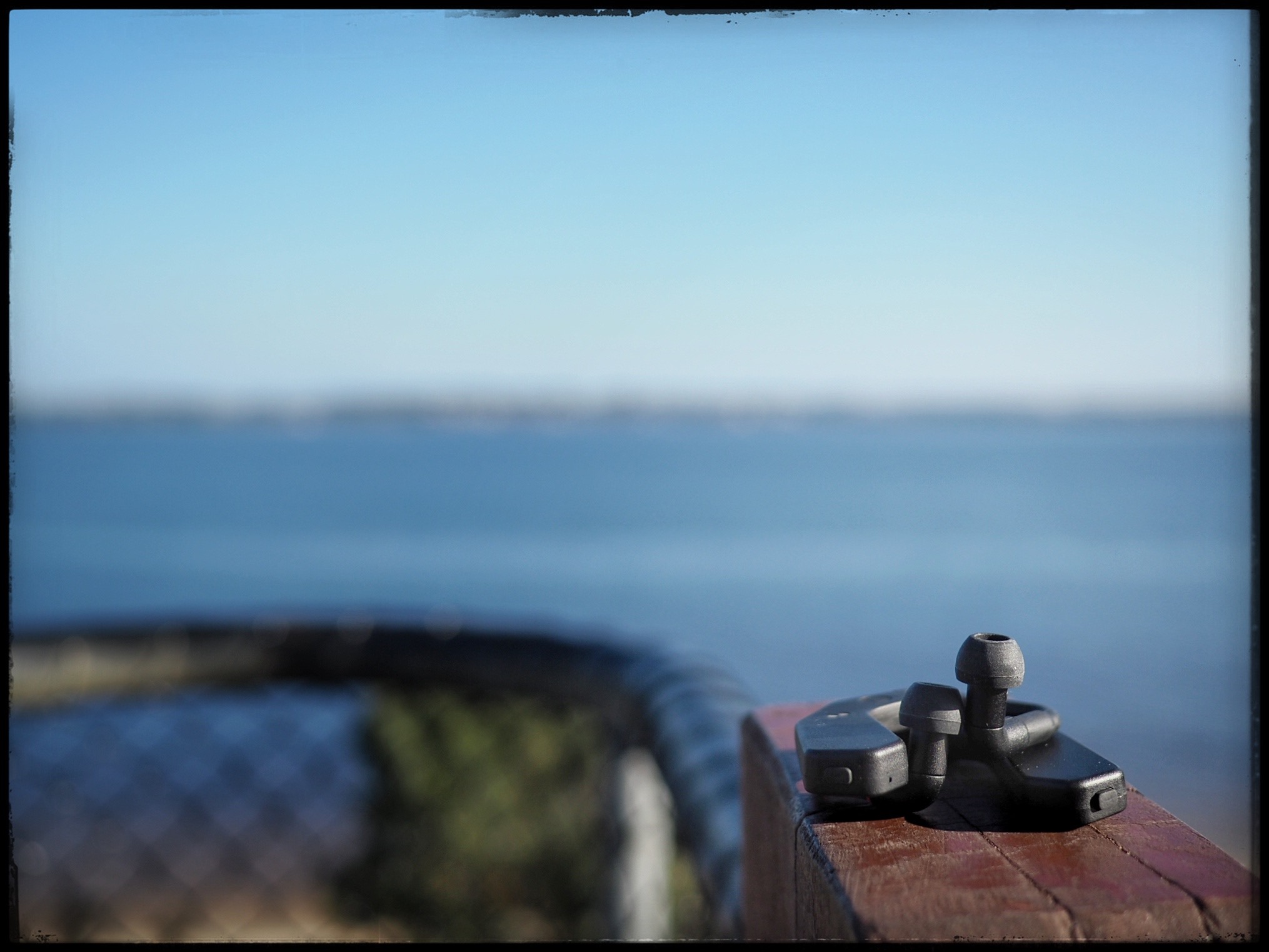 The TM2 controls come in two forms, a button at the base of the unit which is used for pairing, music control, etc and the touch-sensitive ear hooks which one slides their finger up and/or down for volume control and for fast forward frame advance.

The button and touch controls of left and right channel units operate independently.

My glasses have more traditional arms that hook around the ear and that arm hook does block with the TM2 touch sensor however. This naturally wouldn’t be an issue for straight armed glasses. 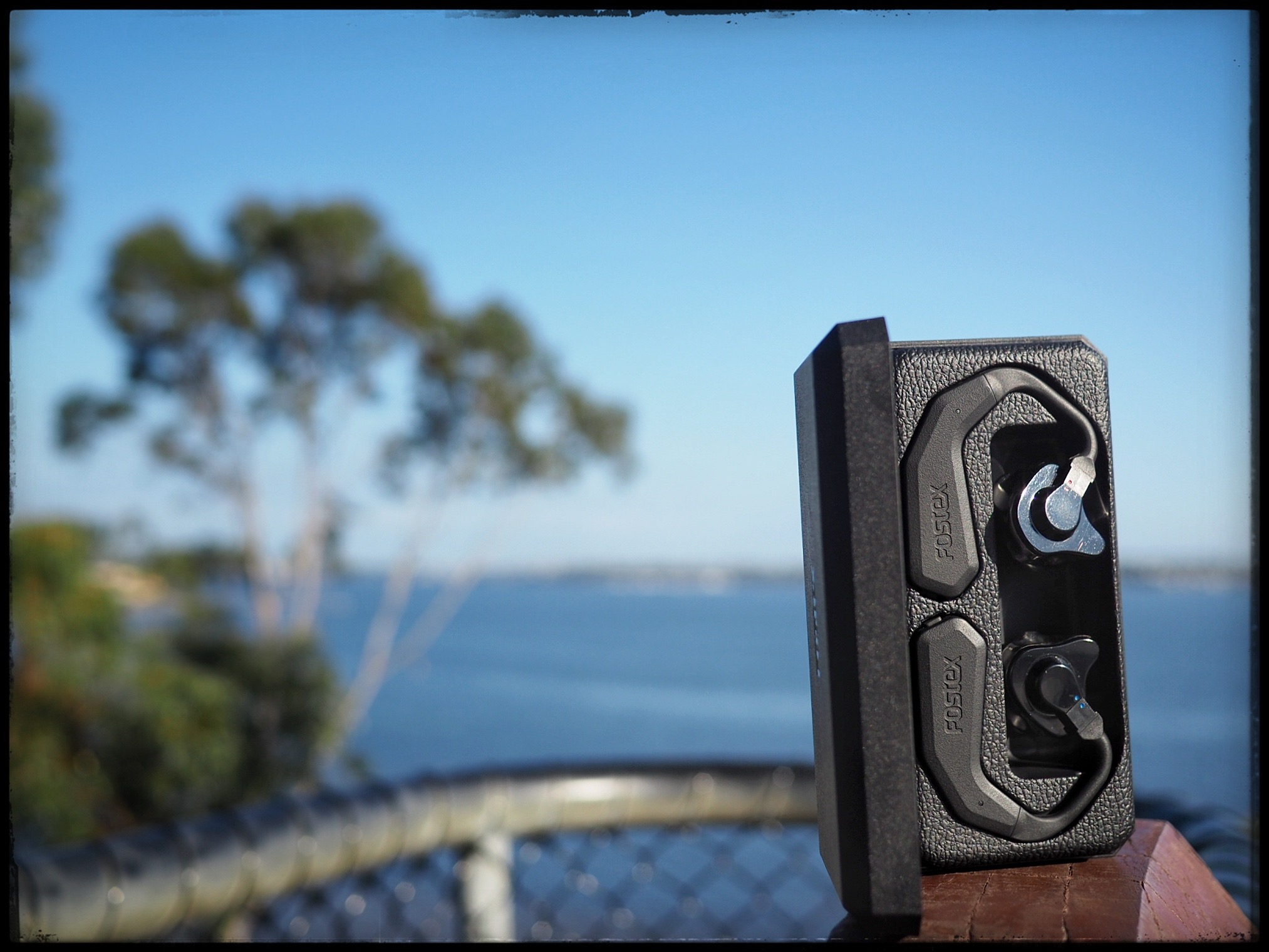 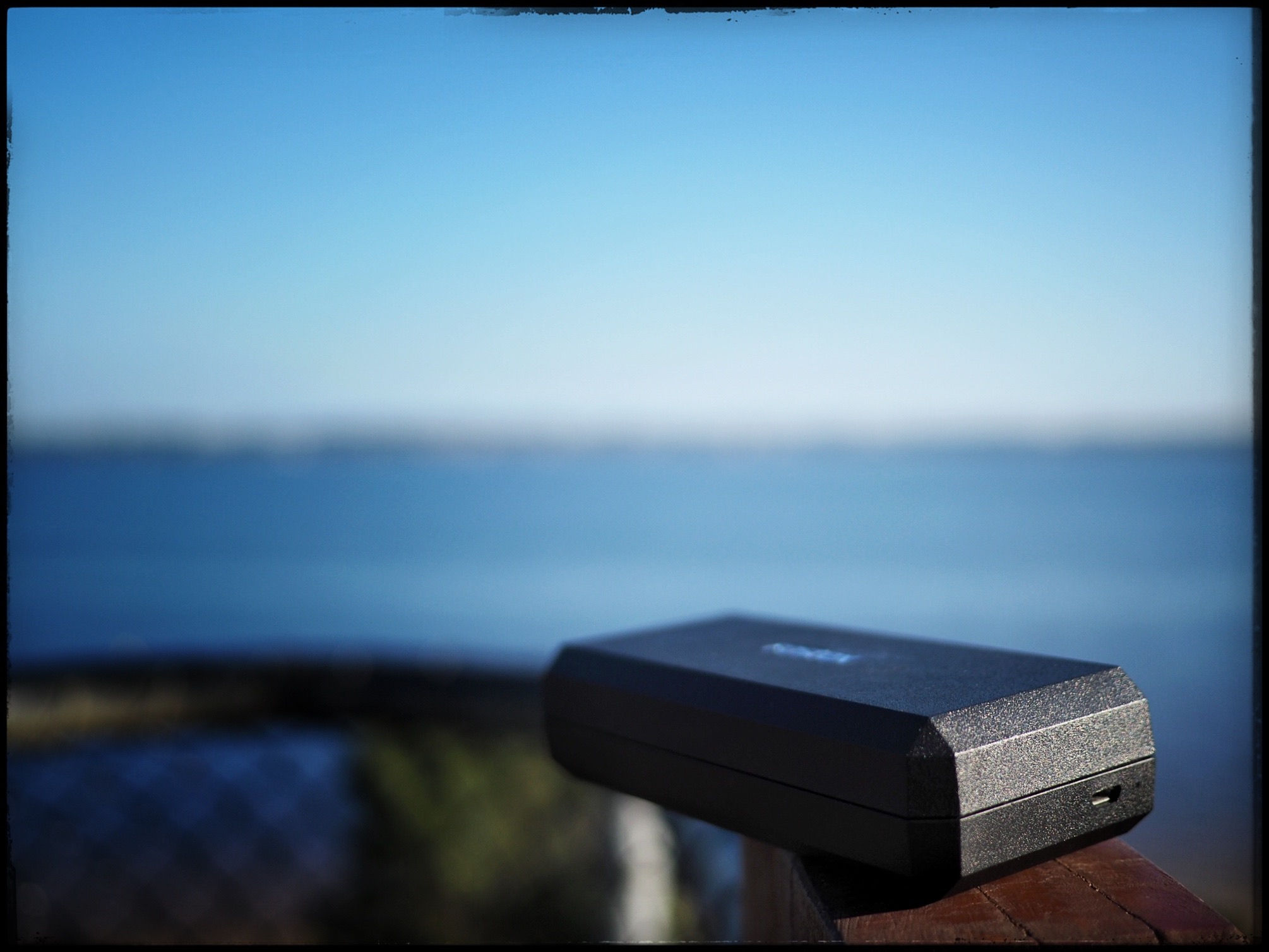 The standard drivers is a simple yet full sounding single 6mm dynamic driver. My main comparison would be with my other True Wireless Jabra Elite Active 65t which uses a 6x5.1mm driver. To my ears, the Fostex TM2 have a a more full neutral sound with a tight bass, meaty midrange and extended trebles that are smooth. Compared to the Jabra, the 65t sound somewhat warmer and darker with a milder midrange and lower trebles. The upper trebles are also somewhat mustier, “tinny” and not as airy as the TM2 standard drivers. Due to the tonal signature difference, I find the TM2 to be more detailed and more expressive in texture across the the frequency spectrum.

The warmer signature of the 65t provides it a greater sense of depth in soundstage however the TM2 expresses a more organic and holographic soundstage especially when synthesizer instruments transition between the left and right channels during the mixing and mastering of the musical piece in the studios. Overall the TM2 has a wider soundstage compared to the 65t.

As another comparison, I put the TM2 drivers (MMCX compatible) onto my Sony MUC-M2BT1. The Sony MUC-M2BT1 is a Bluetooth 4.1 compatible receiver and supports AAC, AptX, and LDAC codecs. Where the TM2 delivers a fresh crisp tonal signature, the MUC-M2BT1 pulls back the trebles a tad which may suit those who are treble sensitive ; however there is still plentiful of trebles in the MUC-M2BT1. The MUC-M2BT1 does express a little more mid bass presence and adds a little more holographic characteristics over the TM2. 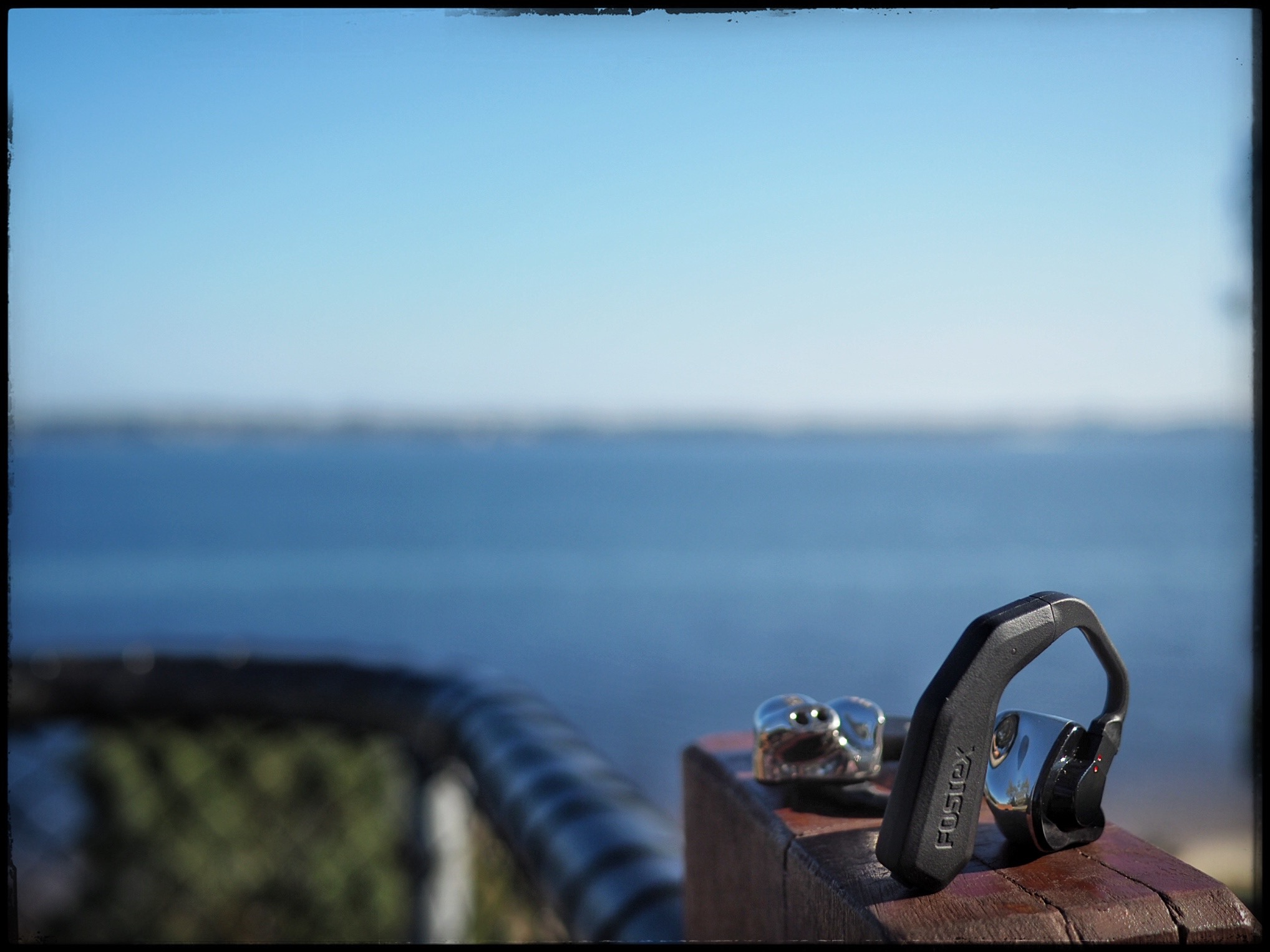 For my personal use of the different true wireless I have at my disposal (which is only two - the 65t and the TM2), I think each have their own place. e.g. when I’m in the gym, I would use the 65t’s as I don’t really care about sound quality too much. However if I’m out of the home and at a cafe for an extended period of time, the TM2 would undoubtedly take the spot - especially using it with favourite CIEM, the FitEar Titans.

This is one of the major advantages of the TM2 over most other True Wireless - with the optional adapters available one can pair their favourite IEMs with it. One isn’t locked into the default drivers that come with product. Foster have adapters for MMCX, Westone 2-pin, and the FitEar styled 2-pins. This places the TM2 in another tier up above the other True Wireless.

Microphone for Phone Use

The TM2 performs as well as most other True Wireless. In a quiet environment the microphone naturally picks up voices well however also picks up ambient sounds. Unlike dedicated headsets for phone use, there is no dedicated microphone for picking up and isolating ambient noise. The TM2 microphone works fine for home and suburban environment however may not be as functional for downtown city use.

As at the time of writing this review, Fostex does not have any application for the TM2 yet however it has been mentioned that they are preparing one which will allow blending for environmental Landscape Mode sound, EQ functionality, and Voice Assistant function.

No word if there'll be an Android app for it or not. 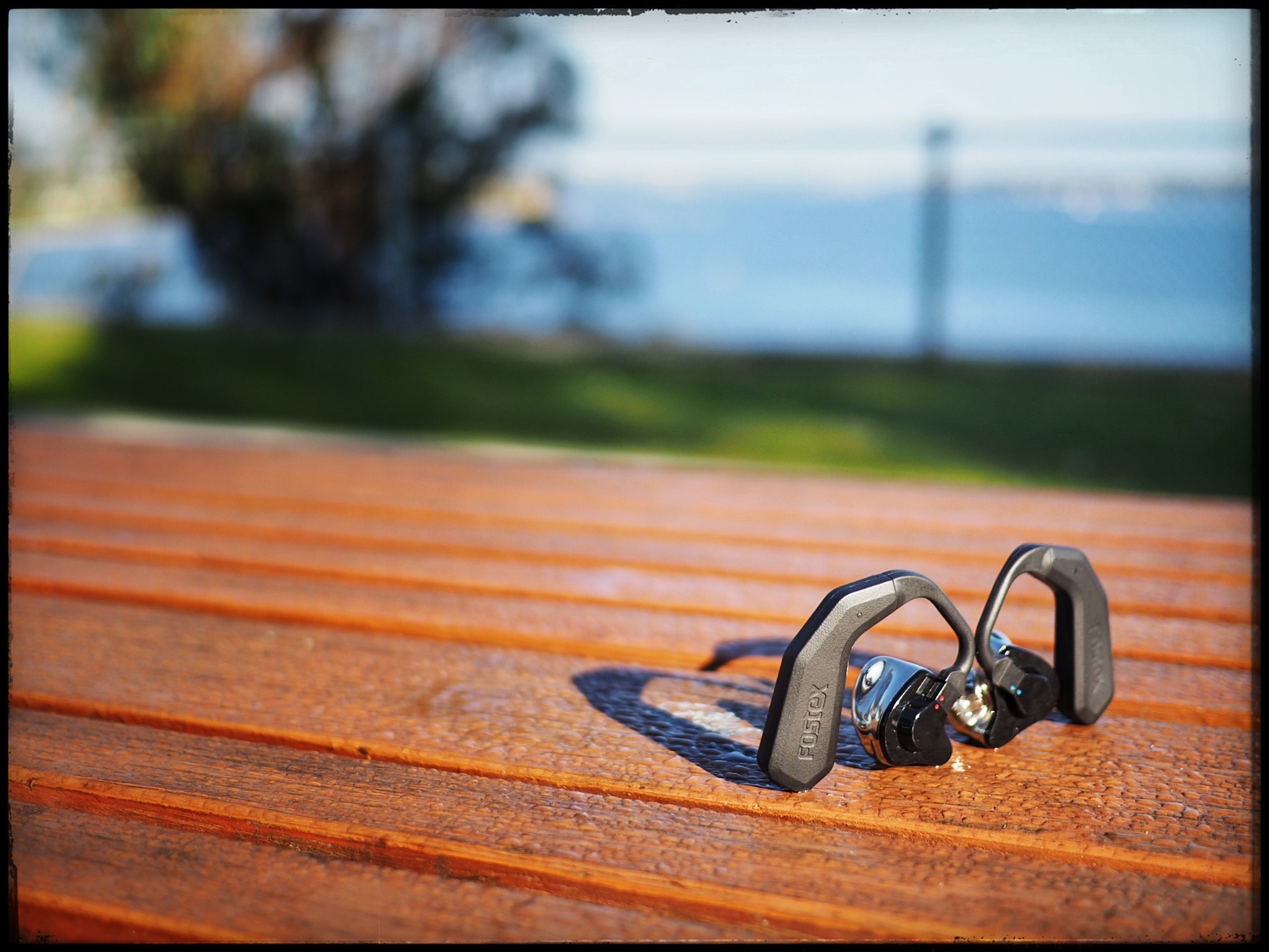 From a sonic and flexibility perspective, I would personally place the Fostex TM2 above most of the other True Wireless offerings mostly due to the ability to use any IEM of my preference. The optional adapters for supporting Westone 2-pin, Fostex 2-pin, and MMCX covers most of the IEMs out there. Even the default TM2 drivers are sonically satisfying sound reproduction. The long 10 hr battery life per charge is also another advantage over most (all?) other True Wireless alternatives.

These features alone demonstrate the TM2 are good value for money and with the flexibility of interchangeable of user-preferred earphones, the TM2 demonstrates long term use too allowing the user to swap earphones whenever his or her tastes change.
Reactions: monsieurfromag3, pitsel, Zhanming057 and 12 others
View previous replies…

rstarden
Very fair - many thanks for your feedback

sarnhelen
Just bought these to replace the terrible Shure Aonic 215s (btw the Aonic 50s are brilliant – how did one go so wrong and one so right?), and my Shure 535 buds which sounded hissy, thin and horrible on Shure's own bluetooth receivers sound great on these. Go figure.

sarnhelen
And they sound REALLY great with my Campfire Vegas (out of a Sony WM1A).
Read more…