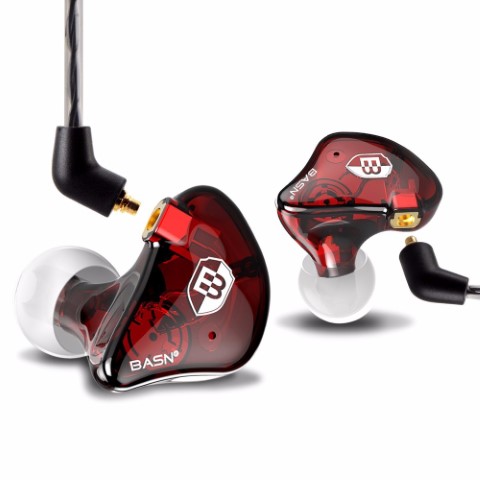 Pros: good in-ear overall
many accessories
build quality
Cons: Sound is strongly dependent on the source
flat
mids can fatigue
Intro
BASN is an interesting brand among the countless Chi-Fi manufacturers. The presentation of the products suggests Premium. They (conditionally) live up to this claim. The BSINGER Pro is a two-way in-ear (dynamic) that was designed for live use or at least is advertised as such.
The fact that they don't overdo it is not to be dismissed, however, there could be a bad awakening for some.


Handling
You can't blame the BSINGER for the haptics. Made of sturdy plastic, MMCX plug, and comfortable fit.
The worse rating of the everyday suitability is due to the strong fluctuation in the sound. Depending on which device is used (mobile phone/MP3 player/Hi-Res player/mixer etc.) the BSINGER are usable or not.

To emphasize is the sumptuous equipment with an aircraft adapter, cleaning set, carrying box, two cables (with and without Mic) and different Ear Tips.


Sound
The BSINGER sound is very flat. This is a bit unusual at the beginning because such a sound signature doesn't have many in-ears. This is also clearly a question of taste because something like this loses its liveliness in the music and becomes analytical. But you quickly get used to the frequency response.

The bass isn't very deep, but it's on the point. Definitely not for bass crazy people. It brings a pleasant warmth and stays where it belongs without imposing itself.

The mids, like everything else, seem quite flat, but that's what makes them line up so well. At times they can become a bit too aggressive, so that a continuous listening will be stressful eventually, at least at high volume. Voices are slightly distanced. Separation, stage width, and depth vary greatly depending on which output device is selected. Bad mobile phone DACs do not suit the BSINGER at all. I also assume that the 18 Ohm impedance is indicated as too low because for example the bass breaks away quickly and treble, as well as mid-range bass, are dropping.
An external DAC/amplifier, but also the internal laptop sound card provides enough power for the BSINGER to unfold its potential.

Although miracles are still not to be expected, the mids and highs immediately radiate more playing pleasure, with better separation, more detail, and an average stage width/depth. The highs themselves are quite soft, without ever pushing the sibilants. But also because of the sound signature, everything is a bit monotonous and boring.


Outro
Apart from the rather high purchase price, you should be clear in advance what you want to do with this IEMs and how you want to run it.
Not necessarily recommended for everyday use, they could still be interesting as stage IEMs, or for the studio, especially because of their sound characteristics.

I can also confirm that the shape of the shell is pretty comfortable and that the included accessories does come with a really nice, moderately large hardcase with two mesh pockets on the inside.

I'm not sure I would recommend anyone buy this at $50 given that there are options costing the same or less that match or exceed the BASN BSINGER PROs in both build quality and overall audio quality.

Here's some of them:
If you would like to give these BASNs a try, I was able to snag a pair on eBay for under $30.

All the Best,
Josh
J
Jimmyblues1959
Thanks for the review. Wanted to purchase an inexpensive IEM to use during the summer months because
my regular headphones give off too much heat. Could not find much on BASN, however, what reviews I did find on Amazon were largely positive. Just ordered a pair of BASN B Master Triples for about $79 delivered. Will report my experiences with these after doing some listening.

Update: Having owned these for the past few weeks I have to say that they are quite good; especially with
acoustic music. Very detailed midrange, decent bass and a clean treble. Construction is also excellent, especially given the price.
Read more…