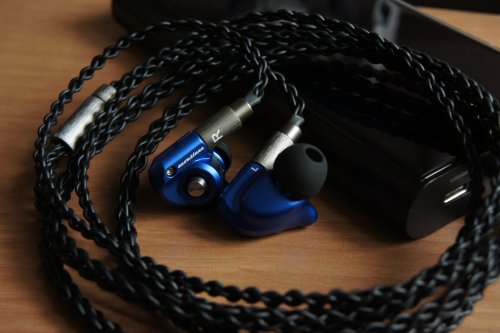 Disclaimer: The unit reviewed is a self-acquired unit from a local store, so this review will come purely from my experience with the IEM.

This review was originally posted on my site TheBartenderd.com

Introduction:
Acoustune is a Japanese audio company that was founded in 2013 under the umbrella of Nippon Dics Co. LTD/NDics, the same company that developed Pentaconn connectors. But unlike other audio company, Acoustune developed a unique technology to produce the best high-resolution dynamic earphone for their IEMs, the Myrinx Diaphragm and Modular Metal Structure.

The Myrinx diaphragm was made of a synthetic medical grade material used for artificial skin, and when used as diaphragm material, it was able to reproduce music in high resolution and wider dynamic range with excellent transient compared to the conventional dynamic drivers. And when it was stored inside of their Modular metal body, an acoustic chamber to separate the driver from the housing mechanism, not only it will prevent mutual interference from the connector storage (housing mechanism), but the Myrinx will also achieve higher responsiveness.

I actually never try any offerings from Acoustune, so HS1300ss is my first experience with them. 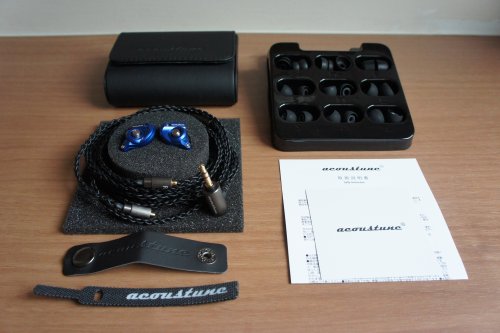 For the full unboxing photos of HS1300ss, you can check it out here.

Acoustune HS1300ss is a single dynamic driver IEM that is using an improved version of their 3rd generation Myrinx driver that they used on their HS1500 series.

Although I never try any Acoustune's IEMs, I had known that their house sound being in between the mild V to V-shaped and HS1300ss is no different. Here the IEM can be categorized as a warm V-shaped with boosted bass and treble. Though, it also has some upper mid boost unlike the traditional V shape IEM, which some calling it the W-shape tuning. 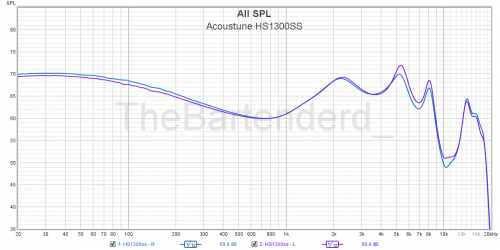 Lows
Yes, the bass here can be a little bloated. But in my case, I only notice it when I listen to some tracks with mediocre to bad mastering. And since the driver has a pretty snappy, it's still quite minimal. So they didn't really have that irritating murky veil-like any warm IEMs I have tried so far.

In terms of the bass quality, I find them to be satisfactory as well. I wouldn't say they are the best in the price range, but they are still pretty much in the group of decent IEMs. I really enjoyed them myself because they have meaty impacts but not too overpowering, decent texturing and the sub-bass also can go as low as you want without making you nauseous.

Quick update: after I swap the acoustune tips to Black Sedna Earfit Short, it seems like it able to reduce the bloatedness to almost none. So, if you find yourself in a similar situation as me, I would also recommend getting a sedna eartips.

Mids
HS1300ss has a fairly thick and smooth sounding mid range. There is no shoutiness or harshness despite the peaks and most importantly, their presentation also very natural. Whether it was male or female vocal playing or even the instruments, they all sound lively and liquid here. The positioning between the male & female vocal is also pretty balanced since no range is more recessed or forward than the other. But the only problem I have with them is they sometimes can be a bit too forward/intimate on some tracks.

Highs
The treble can sparkle well without causing any fatigue or sibilant (to me at least), maybe can pretty aggressive for some, but it still has good clarity and tons of air from their upward extension.

Technicalities
So far the technicalities on HS1300ss is pretty on par with its price for me. There is no metallicness issue on the timbre, soundstage feels spacious and airy, the imaging capabilities is in the above-average category, the instrument positioning and layering also on point. Resolution wise, they are also not bad either since I didn't hear much note get mixed. Just that, don't expect them in the TOTLs level.

Ahh yes, the 2020's sub $500 benchmark IEM and my go-to IEM for almost a year now, the Blessing 2. From the tuning, they have been sitting on the opposite side of the spectrum. B2 is neutral sounding IEM, while the HS1300ss is a more fun-sounding IEM.

The first most obvious difference between the two is the quality of the bass and treble. B2 bass is much leaner and faster in speed but doesn't have much lower extensions and texture. B2 also lacked some sparkles and treble extension that caused them not as airy and clean as the HS1300ss.

Both IEMs have a forward mid-range presentation and they are equally good with it. But unlike HS1300ss, B2 is more laid back and thinner sounding, which made them shine more with female vocals or weeb music. The only problem people will have with B2 here is maybe the hints of BA timbre and driver in-coherency for those who are sensitive enough to feel it.

In terms of the technicalities, both also very capable IEMs. But I do feel the soundstage is much more open and surround on the HS1300ss compared to B2. Imaging, sometimes I also feel HS1300ss does a bit better as it has much deeper depth and taller dimensions, which reminded me a bit of Sony's IER-M7. To explain what I meant, B2 is like when you are sitting in front of a stage, while HS1300ss put you in the middle of a music hall. For the resolution, they are pretty on par with each other, so I can't really say which one is better or not.

So, do they worth their price tag? For me, I would say yes. Even though I know their tuning is not so special like the Moondrop Blessing 2 nor they are a very technical set, but at least they didn't have any major issue that can make you hate them. They still tonally pleasing with an arguably better dynamics than those in the same price range and set up. While out of the box, you'll also get plenty of good quality accessories and unique in-house designed IEM (If you care about the aesthetic of your IEM). So if you are bored with the Chi-fi's cycle of IEM, I think HS1300ss can be a good alternative for you.
Last edited: Feb 20, 2021
Reactions: B9Scrambler