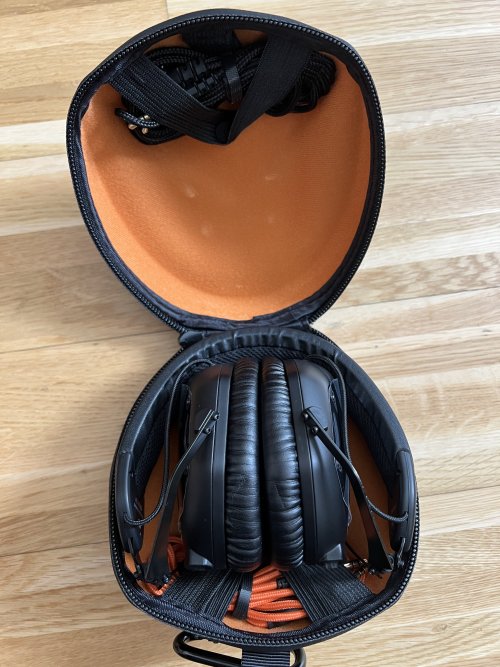 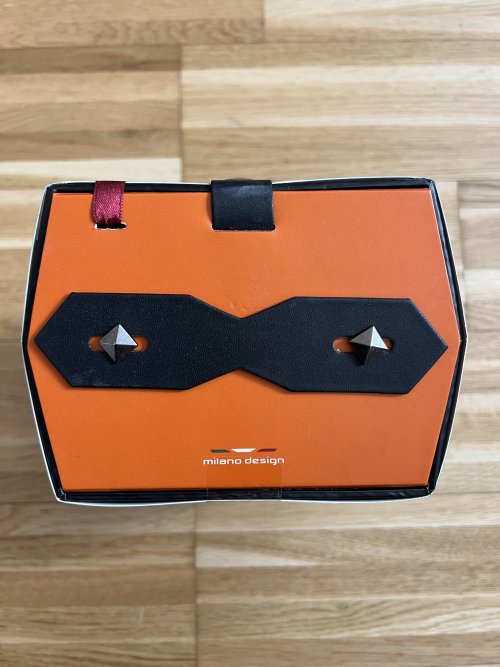 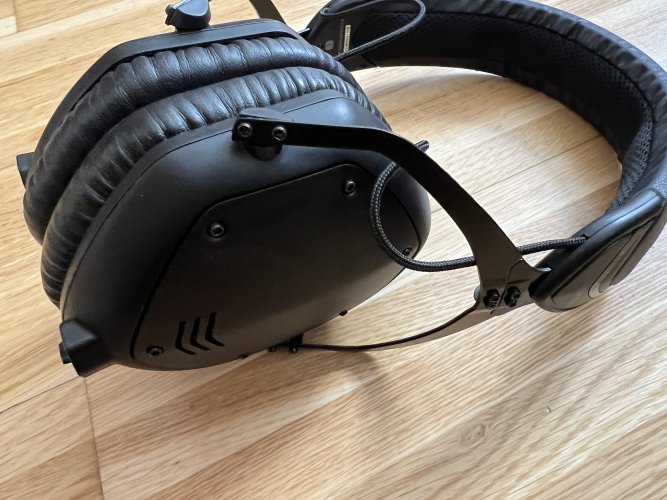 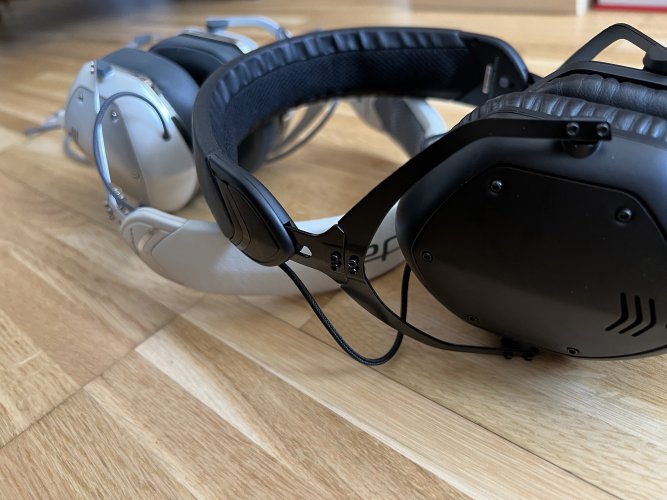 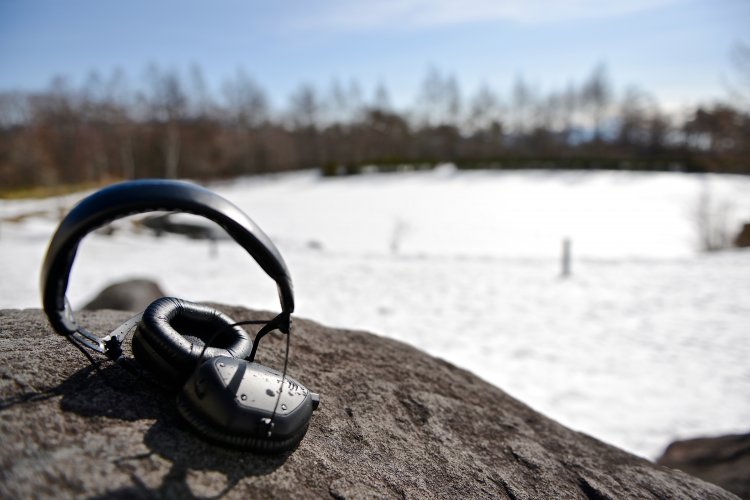 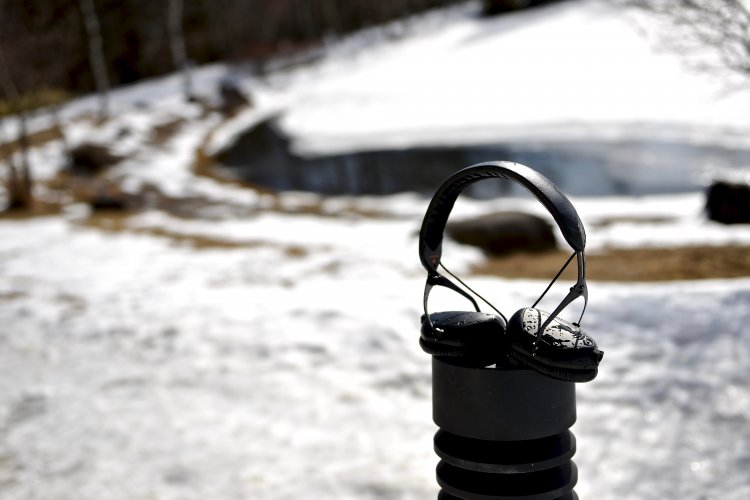 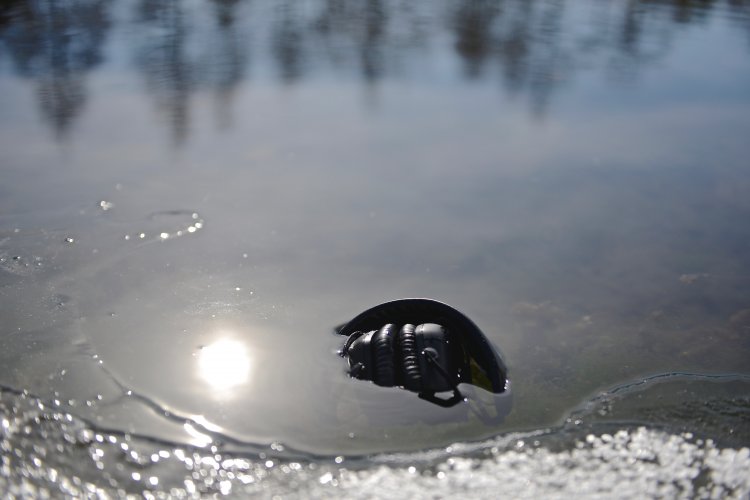 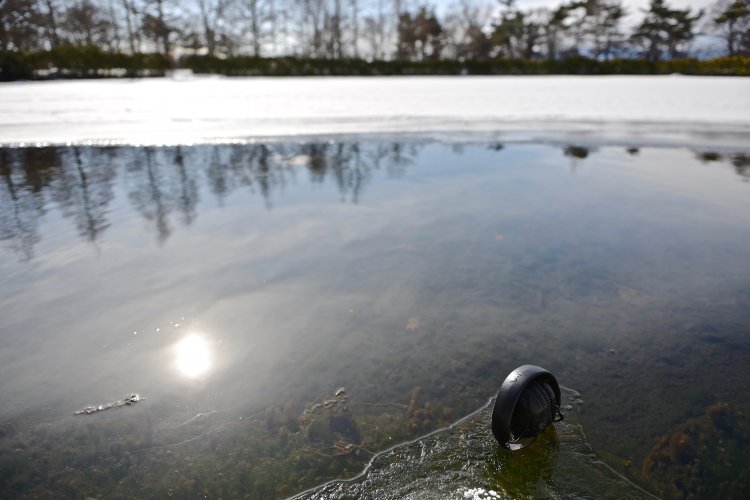 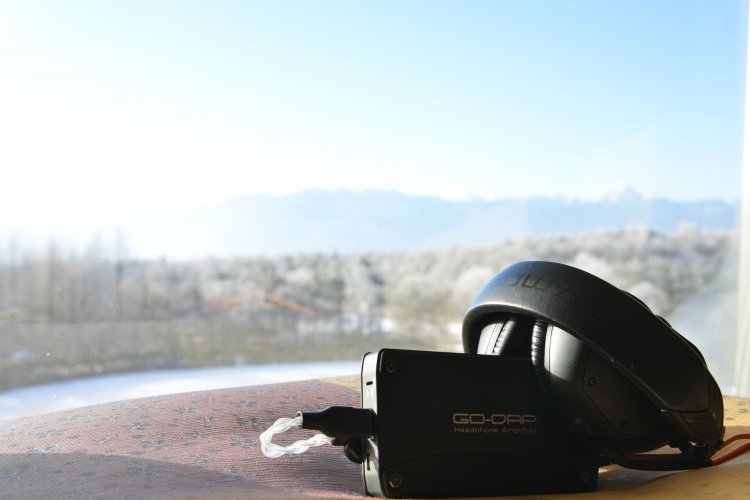 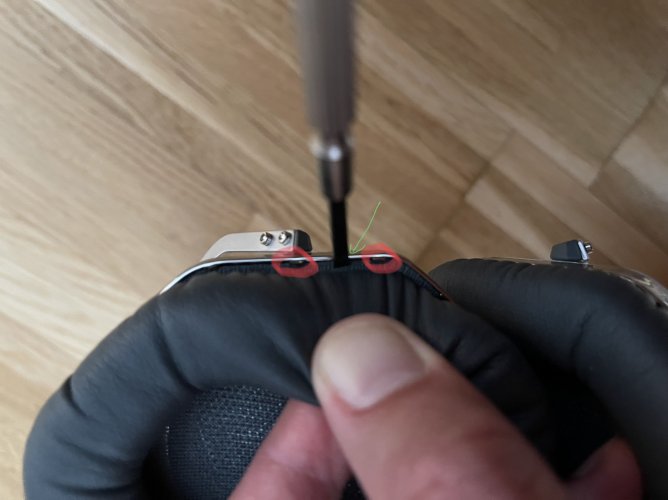 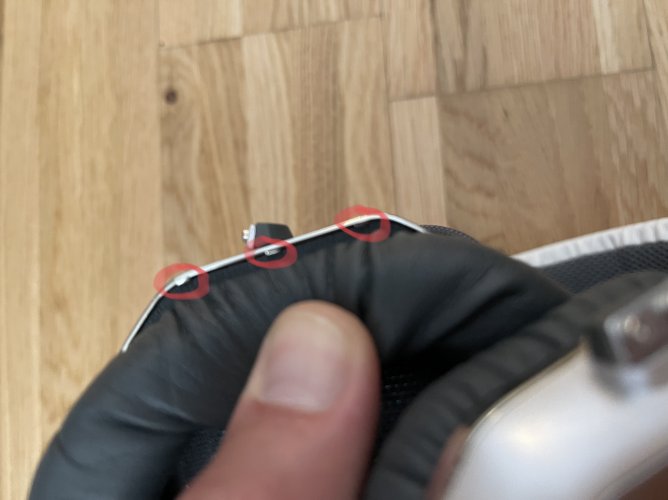 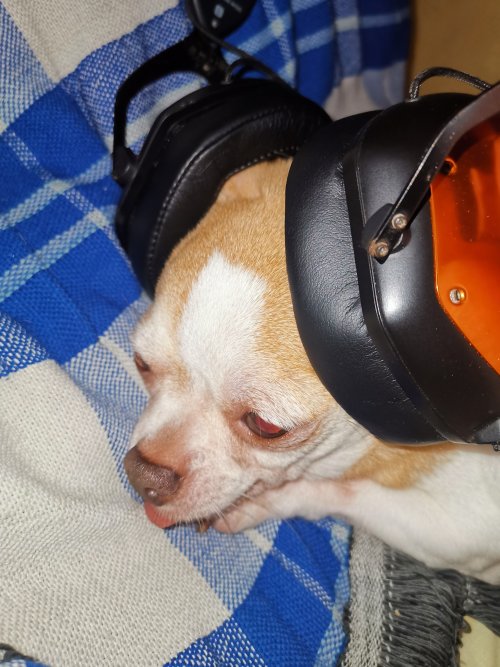 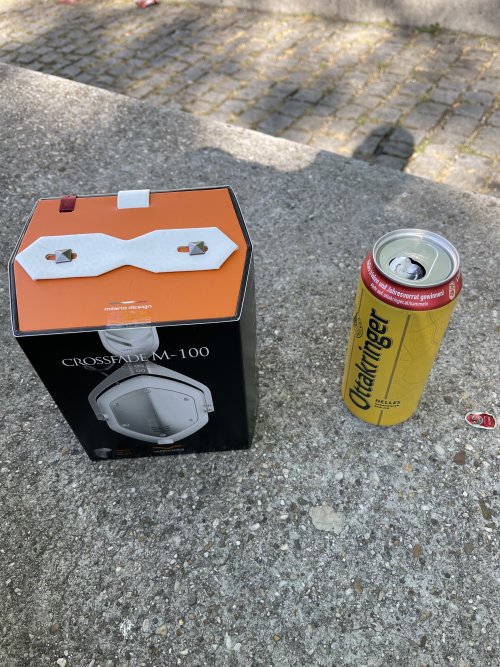 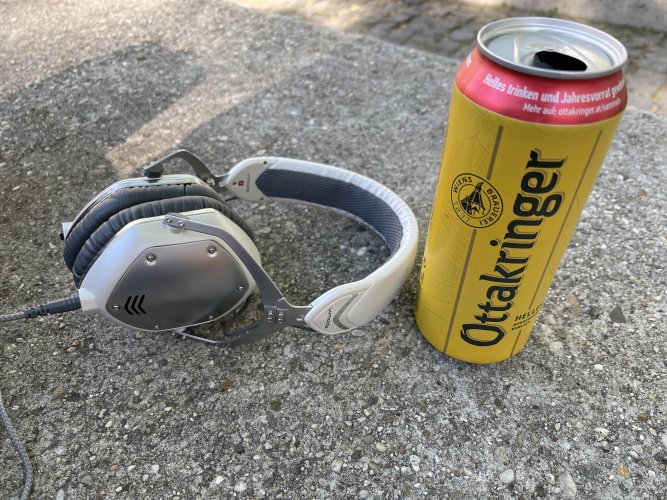 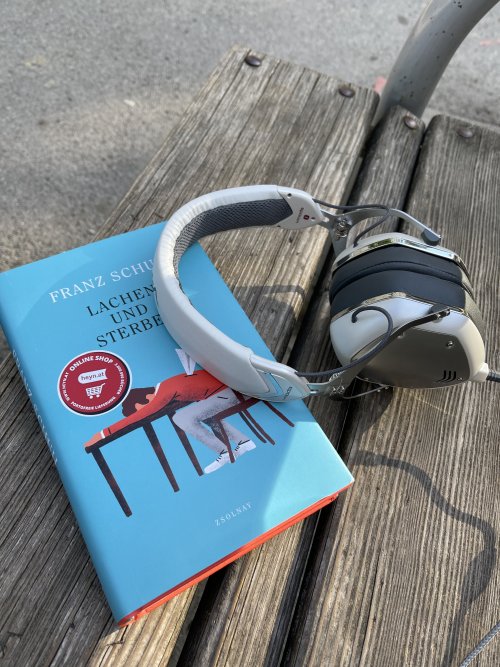 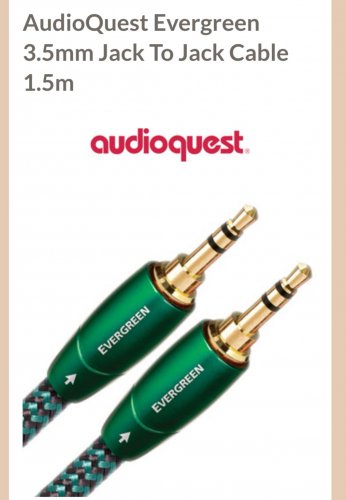 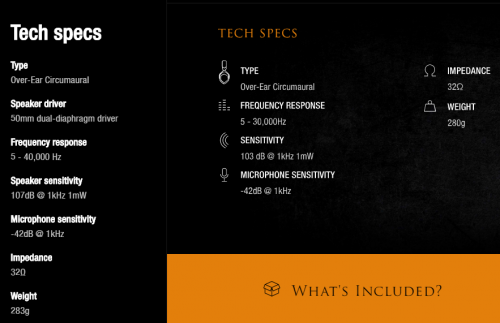 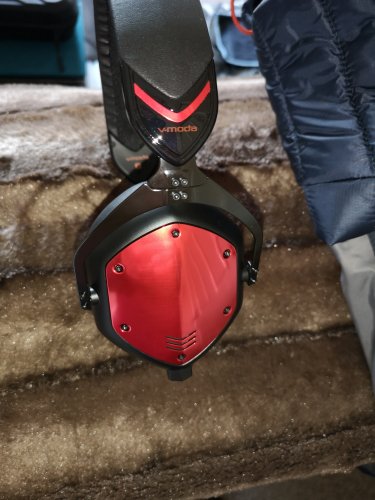 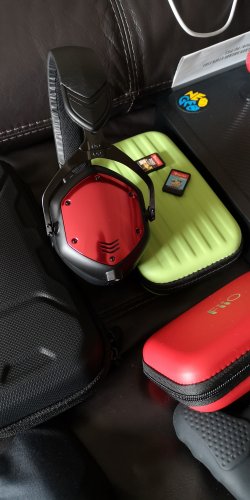 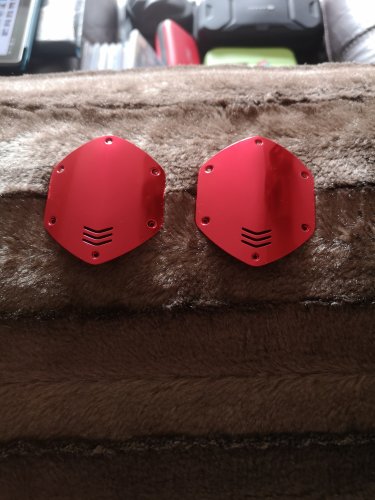 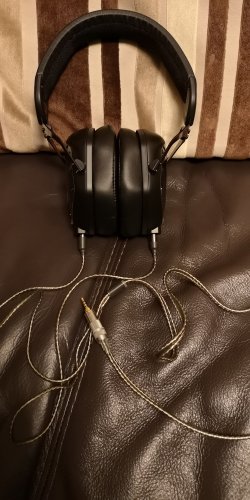 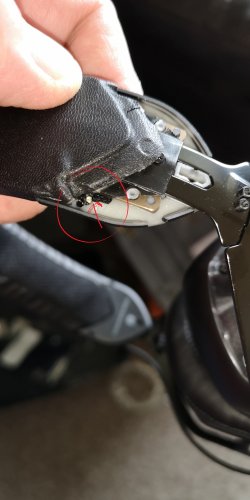 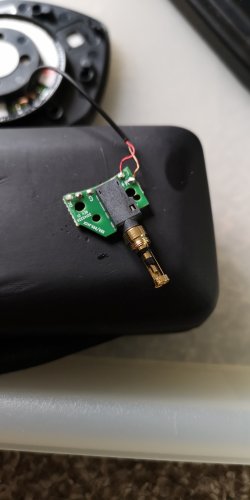 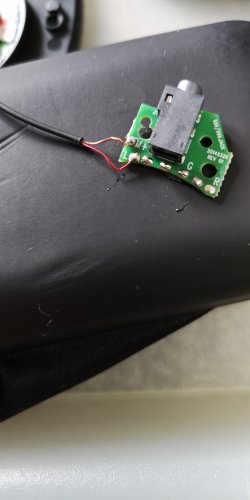 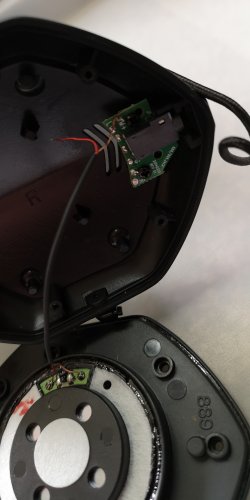 You are using an out of date browser. It may not display this or other websites correctly.
You should upgrade or use an alternative browser.
V-MODA M-100: Discussion/Feedback, Reviews, Pics, etc.

spidernhan said:
Why not another V-MODA cable? Also, is your M-100 still under warranty? When I had problems with my cable they just had me cut the cable in half and send them a picture. The new cable was sent to me within 3-4 days.

If you want to go with a cable other than V-MODA, I know the Beats Android cables and Skullcandy cables work.
Click to expand...


I purchased mine in August 2013 so I'm assuming my warranty has expired.  I was hoping to find something that I could get my hands on faster than going through vmoda's site.  Also I'm wondering if there are better cables that are more durable than the original.

the blue link said:
M-100's Matted Black got marked down a decent bit on Amazon for those looking to buy. $282.72 at the moment, I think I'm gonna give in now.
Click to expand...

My m100 has the micro bolTs missing and so came off hinges.
They are like 2.5yrs old.
I don't want to return and pay $150 just because the tiny bolts came off.

Edit:
OK I just checked and found some good news.. Cans: a headphones story.
Cast: in order of appearance - Sony mdr 1706, Grado SR 125, Sony mdr-1r, PSB M4U-2, Yamaha pro 500 and introducing V-moda M-100 shadow. Also staring Koss Porta-pro, and Monster Miles Davis trumpet in ear.
I tried my first headphone before I had my first kiss. It was at the public library about 1964. They were an old pair of Koss. very heavy but butter soft. I fell in love. I was young but I knew I had to have her. For years I used cheap look-alikes but I always felt empty after.
Finally, when I became man enough I got my koss proAA. What joy. We were together until the end. Again I drifted around until I heard Sony mdr v6. When she passed I found her sister mdr 1706 studio monitors. A matronly old girl but always there for me. Like a lot of men in middle age my ears began to rove. A cousin appeared, Sony mdr-1r but even she wasn't enough My friend PSB, the speaker of the house, introduced me to M4U, very nice, Classy, maybe too classy. Tragedy struck when ipod classic became orphaned.  I found a hi-def replacement, Fiio X5. Fiio demanded to be fully heard, enter Panasonic pro 500. Delightful, heaven and joy. I should have been satisfied but to my great shame and guilt I caught an earful of V-Moda. I tried to walk away but an offer came up and I could not refuse.
Can I have them all? which will take my heart. Will I find the kind of serenity I feet when it was just mdr 1706 and I? I need more time. Thankfully the Fiio is fully charged and loaded and I'm off for a few days. What would you do?

spidernhan said:
I've never used an E18, but the E17 added a cleaner sound with tighter bass and better defined treble, though the differences with my phone were minor. The bass and treble EQ were nice and I was able to balance the sound more. Ask [@]Zorrofox[/@]. He has an E18 and an M-100.
Click to expand...

Alright, thanks. Would you happen to know any good DAC's that are more on the thinner side? I'm using my phone now for Tidal so I'd like something more portable, and since I'm getting the M-100's, I don't need any particular warmth or bass boost anymore for the XS. I'm looking for a DAC because the phone's audio produces some noticeable static

Smallest ones I've found from largest to smallest:

i bought a pair off amazon last week when they were on sale. I was so excited, I was previously using a pair of Bose OE2 and have used the AE2 and LP in the past. The LP had massive amounts of bass that I found to be very fun, they didn't have the clarity of the Bose cans though. So with all the massive hype I was expecting the amazing bass with the perfect clarity and I don't know what happened.

I think I'm going to return the m100. To me I can't hear anything to justify the extra 300 I am spending to have them when I have the Bose cans. To me the bass is much less than the LP and the highs sometimes feel like they are piercing my eyes. I've broken them in about 48 hours and not much has changed.

I just don't know what to do. Maybe I hyped myself to much for these but I almost want to buy the LP1 again just so I have something fun to listen to to go along with my current Bose..

Anyone else have some disappointment?

I think you overhyped it in your head.

how many times one can ask a replacement XLpads in  VMODA? I asked for a replacement last December i think because it pretty flattened out after just a few months i bought it. Now the replacement I got is also gotten flat. My ears are starting to get hurt because its resting on the drivers already.
You must log in or register to reply here.