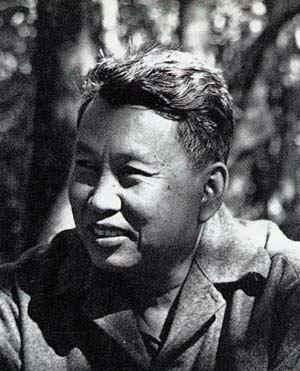 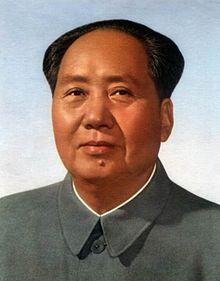 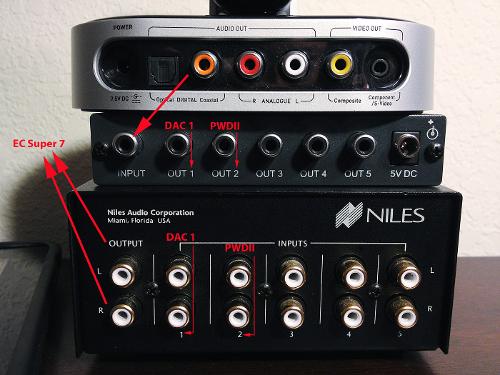 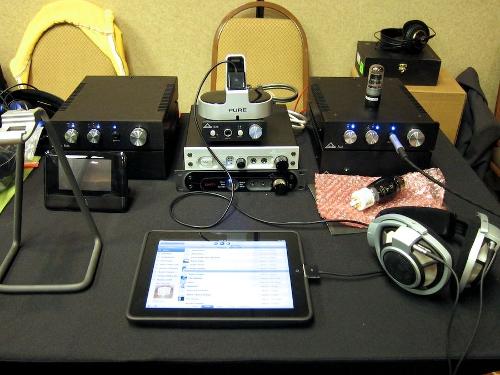 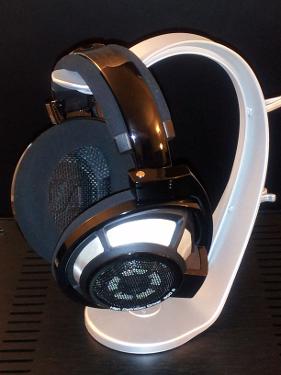 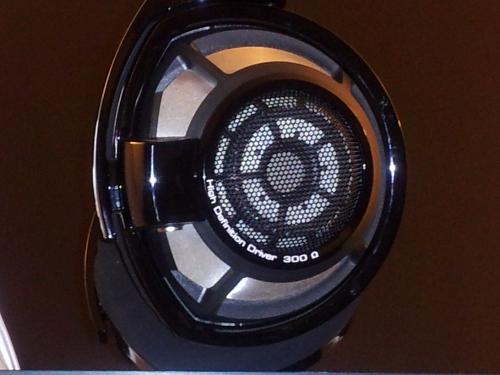 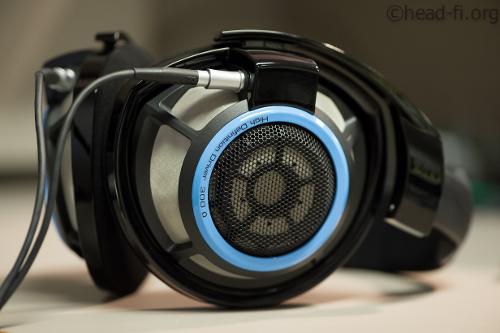 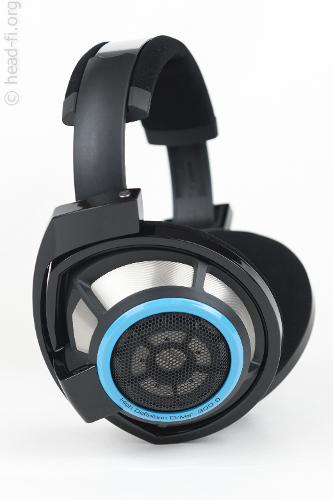 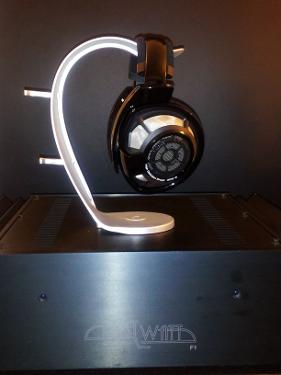 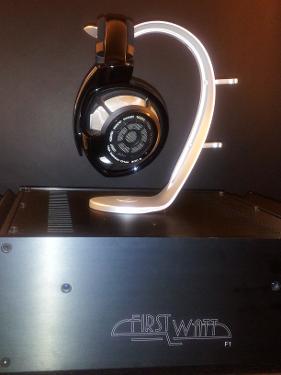 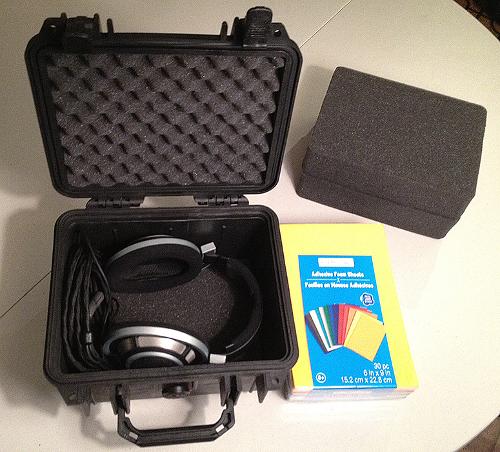 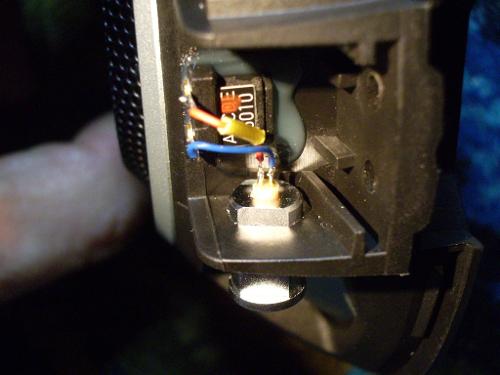 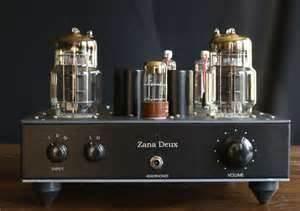 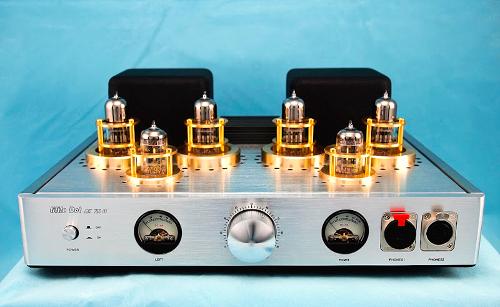 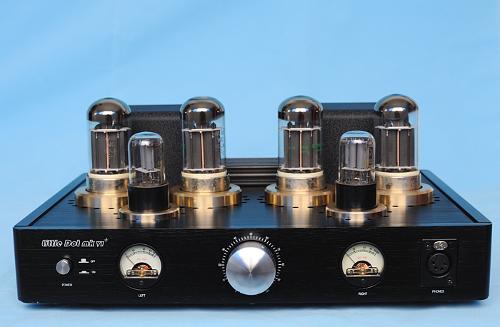 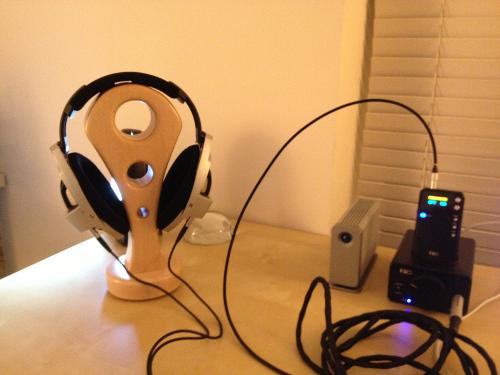 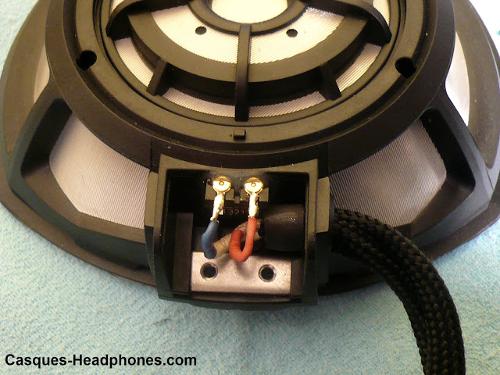 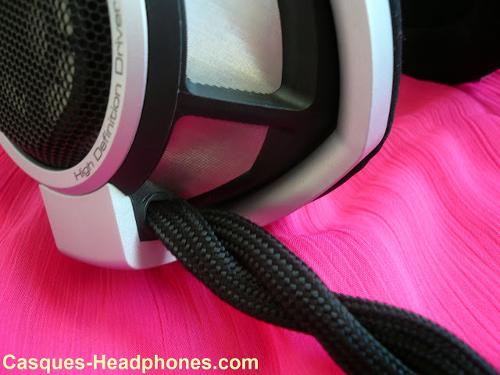 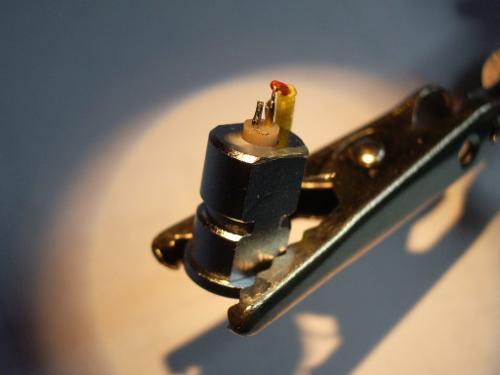 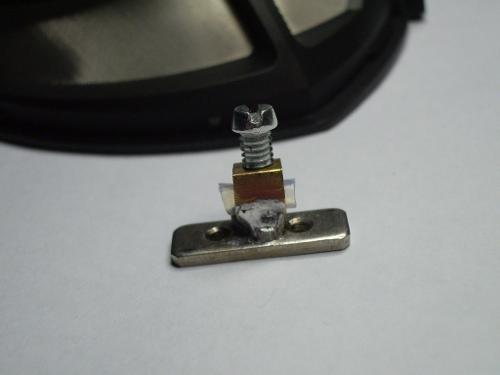 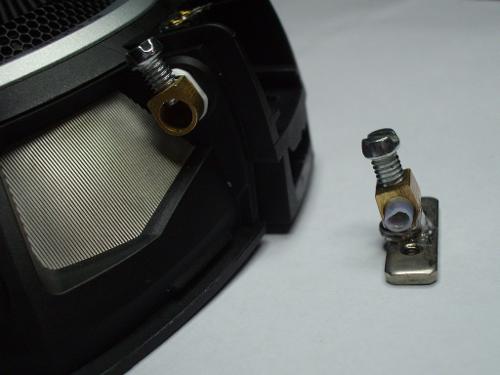 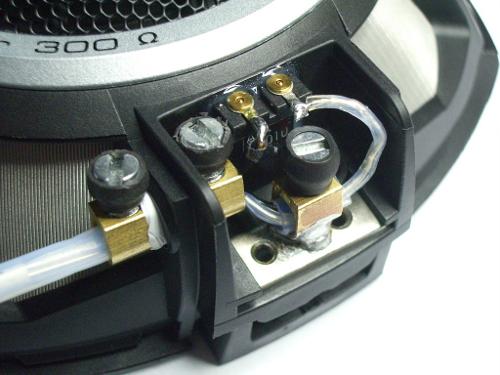 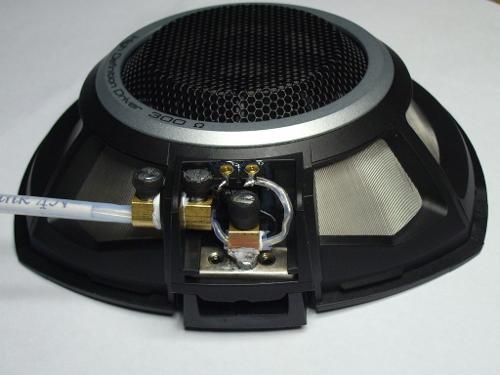 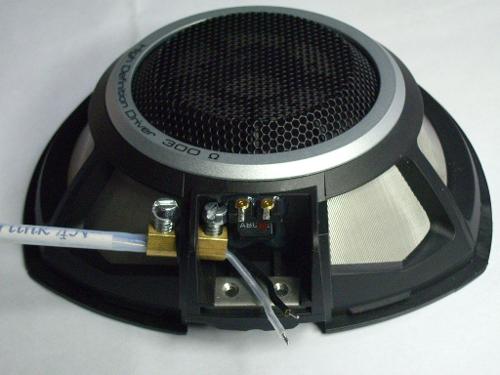 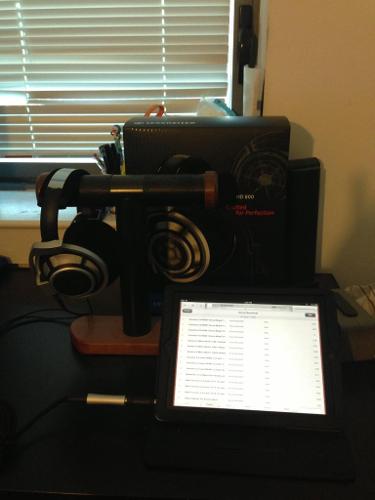 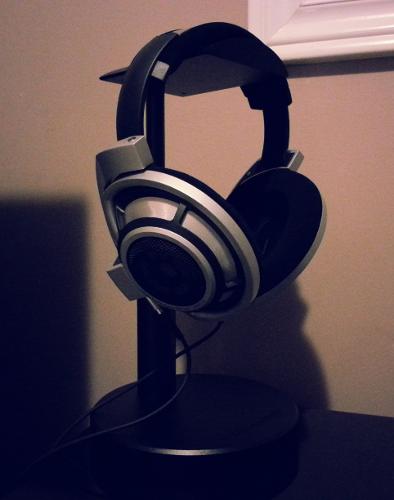 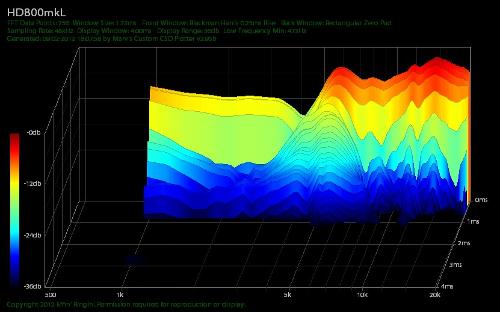 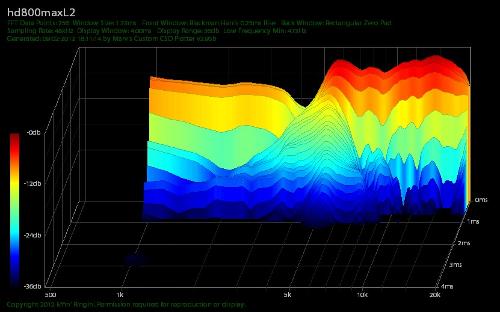 See full thread gallery...
You are using an out of date browser. It may not display this or other websites correctly.
You should upgrade or use an alternative browser.
Sennheiser HD800 Appreciation Thread

Not sure if that was sarcastic but modding components is surely necessary.  I have spent the time to mod mine or had them built/modded for me to my specifications for wiring, transformers, connectors, caps, resistors, tubes, etc.  This is not as hard as it might seem.   Once you've settled on a component it can (almost) always be made better.

James at Stefan Audio Art will help you:

He can explain the various levels of modification.

Moon Black Dragon HD800 cable is great (I think I said this earlier).
It really targets the fatigue factor w/o loosening the bass or fogging things at all as I hear it.
Drew mentions something on his site about how his connections to the phone are better (& I guess it works based on what I hear).
I sure would do this before I mess around with modding the phone itself. At least the cable change is reversible (and you could even return the cable to Drew in the trial period if you don't like it).

Meh; I  guess that for cable nuts, buying a 15$ headphone cable extension is a no-no.

fejnomit said:
I would actually twist the argument on its head and say cable modification/choice should be the FIRST thing you do - because otherwise you are not accurately *hearing* the HD800s or your source or your amp.  This goes for all cables - power, interconnect, umbilical - not just headphone cables.  Once you have found the most revealing cables you can find (to your years) - and they form a synergy across your entire playback chain - then and only then can you swap components in and out and hear them and judge them and decide which to keep.  I'm sorry but if you're running muddy, smearing, compressing cables from the fanciest amp and source in town into your HD800s, the music you hear is going to be plagued by issues that have NOTHING to do with any of the components and you are going to make inaccurate assumptions and choices about the recording and the entire playback chain.

On the subject of mods, I can only give my most enthusiastic endorsement to Stefan Audio Art's current HD800 modifications, which involve removal of key resonating surfaces within the headphone assembly as well as hard-wiring of their cable directly to the driver.  I'm surprised no one here is talking about the effect of Senn's crappy connectors on the sound of the phones.
Click to expand...

Thanks, I think that is an interesting point. I have some good power cables, but my interconnects and other cables certainly could be upgraded. That's probably what I'll do next.

rgs9200m said:
Moon Black Dragon HD800 cable is great (I think I said this earlier).
It really targets the fatigue factor w/o loosening the bass or fogging things at all as I hear it.
Drew mentions something on his site about how his connections to the phone are better (& I guess it works based on what I hear).
I sure would do this before I mess around with modding the phone itself. At least the cable change is reversible (and you could even return the cable to Drew in the trial period if you don't like it).
Click to expand...

Drew (and other headphone cable specialists) make their cable specifically for headphones. I believe the Cardas ones are the same cable originally designed for ICs and speaker cabling.

I also use the Black Dragon and much prefer it to the stock cable.....

philo50 said:
I also use the Black Dragon and much prefer it to the stock cable.....
Click to expand...

seriously get copper cable! it has so much better tone..

I like copper cable so much i'll be the first one in the world recabling my STAX SR-009 to copper cable. I can't take the original silverplated copper cable.. ouch

James at Stefan Audio Art will help you:

He can explain the various levels of modification.
Click to expand...


just how much a difference are we talking about?  i see there was a little talk from the hd800 cable thread and nobody ever talk again.
rise up
october

It's hard to quantify differences in objective terms.  All ears are different, etc.  To me there is no going back to anything stock.  That's me.  After a long journey.  I would say go to meets.  Try things out.  Borrow things.  Steal things... Learn to listen critically, that's the point.  Once you train yourself to really listen, then subtle changes won't be subtle anymore and bad cable geometries with smearing, compressing "audiophile" connectors (even some that pass for good here) will no longer be tolerable...


i know you are hearing great sound as your system is; but i hope that one day you'll hear this masterwork in high resolution, in particular a needledrop of the Classic Records 45 RPM vinyl pressing. it will be akin to moving up to the HD800 from a porta-pro; it will be 10 times as amazing as the difference between the stock td11 tube and those you've found that you like much more.
Be kind, for everyone you meet is fighting a hard battle.

Let me say upfront that I in the past have invested enormous amounts of money on cables. I agree cables do make a difference, I also agree that it is difficult to quantify the differences in objective terms. Let me try to put  the investment in cables into perspective. Most important thing to remind here is the law of diminishing returns versus your system sounds as good as the weakest link.

Now what if my system consists of a 10.000 dollar cd player and 10.000 dollar amplifier driving the Sennheiser HD800 with stock cable, and you have the same 1000 dollar to spend. Than I would spend the money on the headphone cable because I think that will give me most improvement. But in this system no matter where you spend the money on, the differences (improvements) are always more subtle than 1000 dollar spend in the first system.  But I agree these subtle differences can make the final click to make your system magical, and as such although subtle can be profound.

Personally, I think I was stupid paying huge amounts of money on cables, but I am glad I did….Cables last a lifetime. That is why I agree with Fejnomid that you have to spend money on the most transparent and ‘neutral’ cables you can find. I would warn against spending money on cables as a tone control of your current system, because when you change things in your system you have to change the cables as well. And again, if your system is for instance too bright, you get more improvements from spending your money on a ‘warm’ cd player or amplifier than on a ‘warm’ cable. And if you use a tube amplifier, in my opinion changing tubes are a better and (sometimes) cheaper tone control of your system than cables.
Hope this helps.

That is my sentiment as well. At a lower tier as long as you have a functional cable, you shouldn't need anything above stock. As your system begins to climb perhaps a cheaper aftermarket cable is in order, and as you get to the price bracket you are comfortable with being near-max then break out the tweaks and go to town since you know you will be with that gear for a long time.
JRiver > Schiit Yggdrasil > Schiit Ragnarok > Sennheiser HD800 (custom all-black), Sony MA900, Sennheiser HD600, UE Reference Monitor
You must log in or register to reply here.