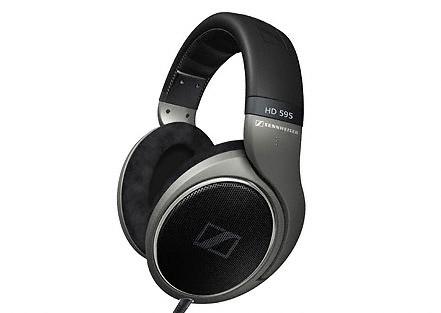 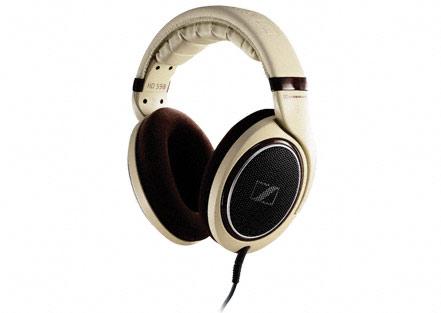 See full thread gallery...
You are using an out of date browser. It may not display this or other websites correctly.
You should upgrade or use an alternative browser.
Sennheiser HD-595 vs. 598 I decided to take some time and compare both just to see what the marginal trivial is and to be honest the only difference I found was the 598 has a different housing, "Premium beige and high-gloss burl wood parts for a sophisticated finish" as stated by Sennheiser...everything else seems to be the same! It doesn't even come with a headphone holder. I mean, I find it stylish, while others don't...it would look nice for collection purposes but other than that I find it useless if one already owns the HD-595. However, what was the real reason behind Sennheiser announcing the HD-598 if it isn't different in sound quality? I can't seem to figure that one out. Will it perhaps replace the HD-595 in fashion? So, let's say if one needs to replace their old HD-595 for technical tribulations, will they receive the HD-598 as an alternative? That's a big leeway.

I find this exceedingly outlandish!

Have you tested them side by side? All other reviews so far suggest the HD 598 actually does sound better, with a more bright sound signature.

If the HD595 comes down in price as a result, I'll buy one, but the 598 looks like a marketing ploy to me. AKG are currently doing the same with the K701 having it endorced by Quincy Jones and renamed/recoloured and repriced.

While I don't currently have a HD595 here to compare to this HD598, keep in mind the following:

If you're going solely on published audio and electrical specs (which are indeed identical between the two models), keep in mind that Sennheiser also publishes identical audio and electrical specs for the PX200 and the PX200 II.  I do have both of those, and I can assure you (as could anyone else with both) that they definitely do not sound like the same headphone, the PX 200 II being substantially better, in my opinion.

As Aizura said (above), others are reporting the HD598 to sound different.  Again, I can't currently say authoritatively how similar or different the HD595 and HD598 are, but I definitely would not recommend going on the identical specifications alone, if the PX200 and PX200 II are any example.
• Headphone Measurements: Did We Really Need A New Hearing Simulation Standard? •

If you open up an HD595 and look at the driver and compare them to the driver pictured of the HD598 and HD558 drivers in the headfonia article you will see that they are not the same driver as the HD595.  The electrical specs say nothing about the sound quality, and are only an indicator that the HD598 will be as loud as the HD595 at a 1V input level, and that they cover the same frequency response band, but nothing is mentioned about the EQ curves.  The EQ curves and other characteristics about the driver design, (IE: Transient response, etc) are more indicative of how the headphone will sound, and those specs/graphs are not given by Sennheiser.
See my Profile for system details and my archived Feedback for archived feedback. My eBay feedback can be found here. A closed mind and closed ears are not virtues. Don't be afraid to try new things, and retry old things. Sometimes the results may surprise you.

yes, i know that, i was just saying that based on the specs it COULD be the same driver. so it seems like they're apparently not same. it would have been pretty pointless to release these headphones with the same driver anyway

Yes, it would have been pointless to do so.  I have to admit that my first reaction to Sennheiser's press release was disbelief, then I read the Headfonia review, and the impressions in the other thread, and all was well again.

--Eric
See my Profile for system details and my archived Feedback for archived feedback. My eBay feedback can be found here. A closed mind and closed ears are not virtues. Don't be afraid to try new things, and retry old things. Sometimes the results may surprise you.

My Twitter
Blog (a dump of my reviews as they happen)

Yes, they are definitely aesthetically attractive. Does anybody know what the price will be when the are released?? If anybody gets them let us know what you think, if you can compare them to the 595...

Alright, the new pics of the 558 pretty much force me to buy one eventually, even if it is a dust magnet.
//Feedback

So does anyone know a release date for these?
Feedback

Would love if someone knew a price for these. I can't seem to find it anywhere. I just bought a pair of ATH-AD900s, but these are BEAUTIFUL headphones, compared to the bulky AD900s which I wouldn't wear outside my house lol.

In Europe they are around $233 USD and are available for order, so it shouldn't take long before they have been shipped to USA.
You must log in or register to reply here.