barbas said:
Do you find NOS same in P_2 as in DSDCLK?
Click to expand...

gk2013 said:
I could not hear huge differences between NOS between the firmwares P2 and P2_DSDCLK
Click to expand...

Jesus, still with my ancient R2R7, looking at all thse new audio-gd dacs is making my mouth watering.....

Kingwa sure does love to churn out new dacs 24/7 huh..

Life is short, have a loaf of bread.~

My R8HE did not come shipped with the latest Amanero USB Driver update.
Has anyone noticed any benefit after the update?
Is it the same process as updating the firmware?
Share This Post
post-15246999
Post #5,240 of 5,876
I

AudioBang said:
My R8HE did not come shipped with the latest Amanero USB Driver update.
Has anyone noticed any benefit after the update?
Is it the same process as updating the firmware?
Click to expand...

I updated my R8. I don't use the USB input any longer, but it did reduce the noise during changes from PCM to DSD and vice versa.
No (If you're referring to updating the firmware for the FPGAs). The process is on the Amanero website. There's a fairly lengthly discussion earlier in the thread not too long ago. I don't have the post number, but a quick search should turn it up if you need it.
If you want a friend, feed any animal - Perry Farrell
Share This Post
post-15248040
Post #5,241 of 5,876
5

AudioBang said:
TotalDac, which is also a NOS Filterless DAC utilizes a FIR filter solely for the purpose of adding gain at the rolloff so the NOS response is flat to 20Khz.

While communicating the USB cable connectivity issue and its resolution with my R8HE, I defined the TotalDac filter to Kingwa and his response was the OS Mode set to 0 is NOS with filter [as Fred had asserted already existed].
The manual describes it as "Mode "0" : class technology NOS mode" which for me is unclear.
Listening to n mode1 option vs. O mode 0, it does appear to be the case - I heard a subtle but definitive sense of treble clarity on the OS mode set to 0 with a slightly better sense of ballooning of the holography.
I'll definately put long term hours on O mode 0 as I like it the best right now.
With OS X8 I experience a more pinpoint delivery of each instrument/voice in the soundstage but less organic and for me not my first choice.
It's as if it draws my analytical side to hone in on the preciseness of the image instead of just feeling the experience.
I also heard very low, unobjectionable static in OS8 in the right channel during very quiet orchestral passages.
This is the most difficult recording for my system to reproduce as their powerful vibratos carry with them an inherent glare and a sense that both the harmonics of their voices don't fully open up and there is a delayed energy to their voices that blurrs the event.
So many vectors to tweek in this hobby.... 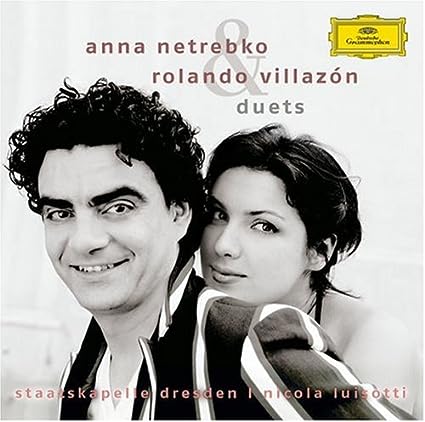 My Magnafied R7 is currently sounding much better with the NOS mode, probably burning in more. Note I also just upgraded my Euphony to latest V3 so that may help too. The DSD is now Native DSD (finally!) and perhaps there is slight improvement but for sure it can do DSD512 on my F-1 internal board.
Now the singxer I head can do DSD512 now too, but apparently this U16 is still a struggle ? Though it is a struggle with everything!

I also notice that since doing native DSD, the pops/clocks of the DSD switching tracks is either gone or much quieter, compared with DoP. But switching back to PCM gives a loud pop too. DSD via DoP vs native DSD should not make any SQ difference but I feel perhaps there is slight more refinement and more recessed and airy sound with native DSD. But it is subtle and could be psychoacoustics effects. (I can't deal with the pops of DoP so cannot use that anymore to do AB compare for long) Nonetheless DSD naive works better overall esp DSD512 can only work with native DSD. I heard in another forum that DoP packages a lot more data (which apparently are useless) and causes data overload in transferring DSD512. Hence it only works with native DSD. It is perhaps the way DoP is unpacked causes slight extra work for the DAC, or maybe it is irrelevant ?
Share This Post
Reactions: FredA and DACLadder
post-15252370
Post #5,243 of 5,876

Had a power outage since yesterday from a fallen tree. Now I am using natural gas generator. So I take the opportunity to test if the sound is better. Unfortunately the noise from the generator is too loud and is next to my listening room. So it is not possible to do critical listening. It definitely sounds nicer now for PCM but I also have upgraded my euphony OS & I am now using a new optical USB cable that is burning in. Besides, burning in effect of my DAC continues. Will see if the SQ drops again once I use the grid again.
Share This Post
post-15252534
Post #5,244 of 5,876

Now the power grip is back on. For a hour or so I was enjoying organic liquid smooth PCM sound 24/96, with my natural gas generator despite the noise. Now with the grid the sound is harsher but the volume is also louder++, and stronger dynamics. But bear in mind the DAC has been switched off too (and so is the other audio equipment) so there may be some degradation effect. (though previously there was also an earlier power loss so the DAC was off too and I was playing about 2 hrs afterwards on the generator. Will see if sound improves again.
Perhaps it is time for a power regenerator, or getting for a R7-HE ?? I wish King-wa will resurrect his HE regenerator,
Share This Post
post-15255338
Post #5,245 of 5,876

FredA said:
Maybe it is a little more dynamic...
Click to expand...

Official R7 fw released. Kingwa sent me the kit today. Any experience to share? I'm starting now to test it...really nice sound wise on DSD and PCM too. Always preferring NOS anyway. Using Amanero input, with it's last fw update allowing dsd from Linux based streamers, clicks and pops still very strong indeed...I will never understand where is the root cause of it. It's a side problem, but l really would like to fix it...bah!
Share This Post
post-15255470
Post #5,246 of 5,876

Il Cuffiotto said:
Official R7 fw released. Kingwa sent me the kit today. Any experience to share? I'm starting now to test it...really nice sound wise on DSD and PCM too. Always preferring NOS anyway. Using Amanero input, with it's last fw update allowing dsd from Linux based streamers, clicks and pops still very strong indeed...I will never understand where is the root cause of it. It's a side problem, but l really would like to fix it...bah!
Click to expand...

I like DSDCLK as well. Everything works very well - OS8, NOS, DSD. Sounds great on my three AGD DACs.

The SU-6 works OK with PCM and DSD on I2S and S/PDIF. DSD did not work very well with Asy3 and the SU-6. Does now!

The SU-6 works OK with PCM and DSD on I2S and S/PDIF. DSD did not work very well with Asy3 and the SU-6. Does now!

I haven't heard from Kingwa about Ext. 10M upgrade. My system is sounding so good with DSDCLK I really don't care when it is released!
Click to expand...

The fw you tried is the exact same as the official?

@FredA I don't know if it is official (dop and dsdclk) but the instructions have the same jumpers as Asy3. The shipping firmware is what Kingwa puts on the R7-2020 but that has ext. 10M capability. I have not received or heard from Kingwa since he sent me DSDCLK last weekend.