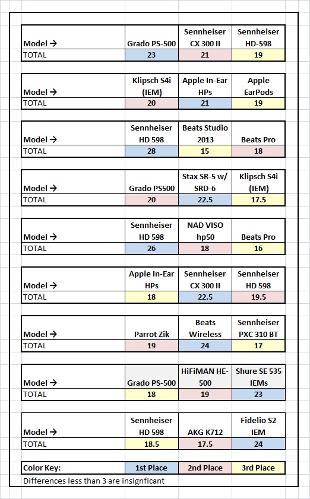 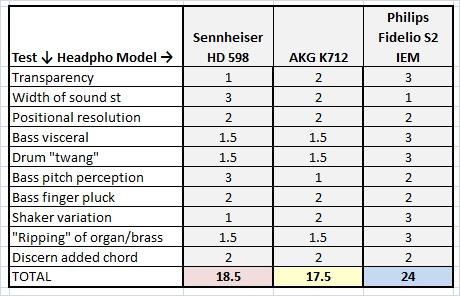 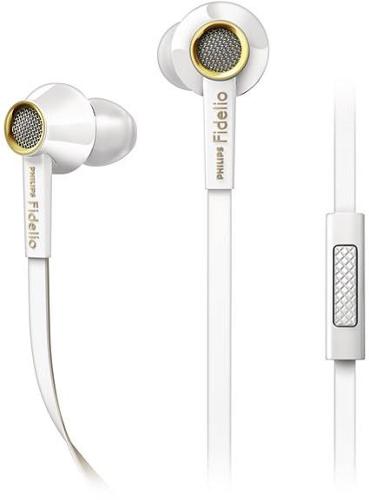 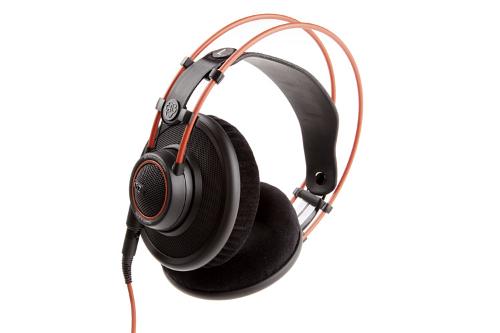 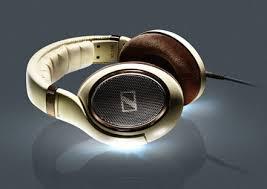 This is the ninth in my comparisons of three headphones, all using a group of 10 tests and scored by ranking their performance on each test as first, second, and third place.  I call this the "Test of the Mid-Fi's" -- each is a good, reasonably-priced entre' into high-quality audio.

In short, I use segments of four songs to perform 10 specific tests on each headphone.  For each test, I rank each headphone against the other two, operating two at a time and repeating comparisons on each test and each pair until I can either rank order the three headphones on the test as first place, second place, or third place, or find that two or all three of the headphones tie in performance (i.e., I cannot reliably hear a difference).  I assign 3 points for first place, 2 for second place, and 1 for third (the reverse of the place number, so that higher scores correspond with better performance).

I then do the above for each of the 10 criteria, then add up the total score of each headphone.  Highest scoring headphone of the three is colored blue, second place is red, and lowest scoring is yellow.  Score differences of less than three points are insignificant.

A major problem with this test method is that since scores are based on order of position in a ranking, a headphone that scores on a test way above another headphone will only differ by one (or if it scores better than two headphones, 2) points.  Unfortunately, even headphones that are only slightly different in performance on a test will also get a one or two point advantage. Hence, the test overemphasizes small headphone differences (and underemphasizes big differences). AKG K712:  These headphones are less commonly used (5 of the 2,000 comparisons mentioned above, or about 0.25%).  They are no longer offered by AKG, but are still available on amazon.com Philips Fidelio L2:  These are in-ear monitors, highly regarded by innerfidelity.com (on their "Wall of Fame").  They were introduced fairly recently, have compelling design information on the philips.com website, and are quite attractive to hear. The table below scores the performance of each of the three headphones on each of the 10 tests.  The best-performing headphone received a score of 3 on a test; the worst performing was given a 1.  Ties were given equal points, with the value set to maintain a sum of 6 points across the row of one test. The Philips Fidelio S2 IEMs performed overall best on the collection of tests.  It was strong in the high-frequency-related features of transparency, drum twang, reediness of organ/brass, and high resolution discrimination of individual shakes of a shaker.  It also had the strongest bass of the three headphones.

The Sennheiser HD 598 and the AKG K712 were virtually identical in overall performance, with the Sennheiser having the larger soundstage and the AKG providing a bit more transparency and detail.

Summary Of Tests To Date:

Below is a table of the nine three-way comparisons performed to date and reported on head-fi.org in more detail on dedicated threads.  Color coding again awards first, second, and third prize to the winner of each trio; certain headphones appear in multiple trios to help anchor their results for attempting to construct an overall rank order list of all of these headphones.  This current comparison appears as the last comparison in the table.