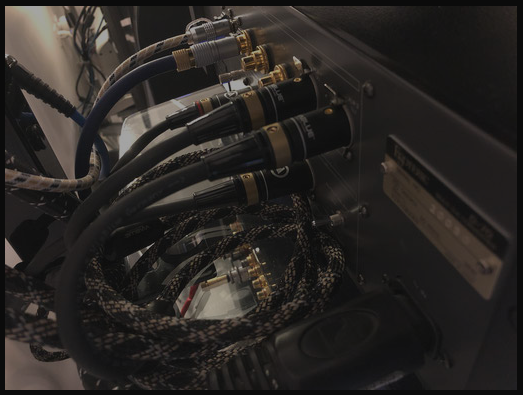 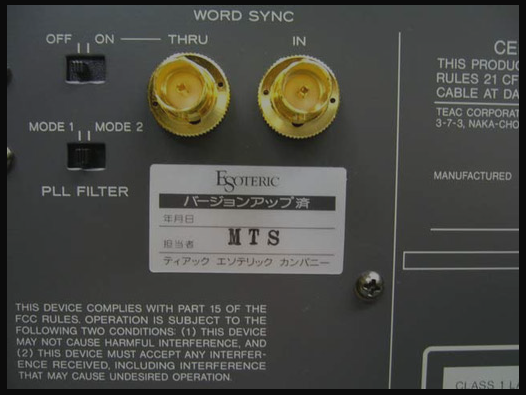 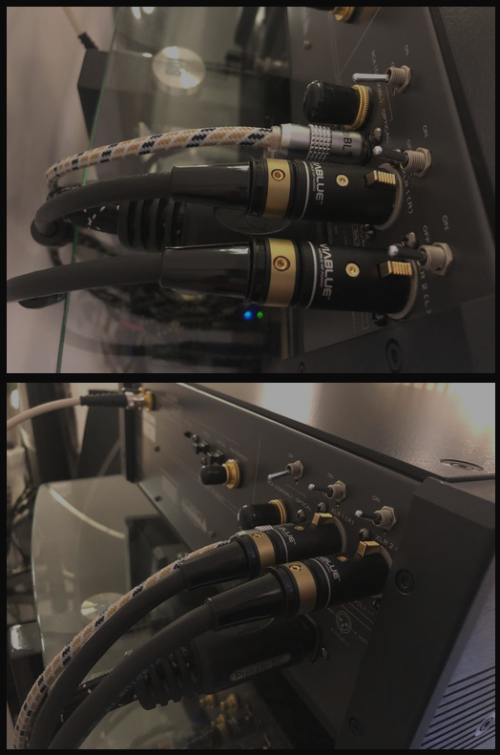 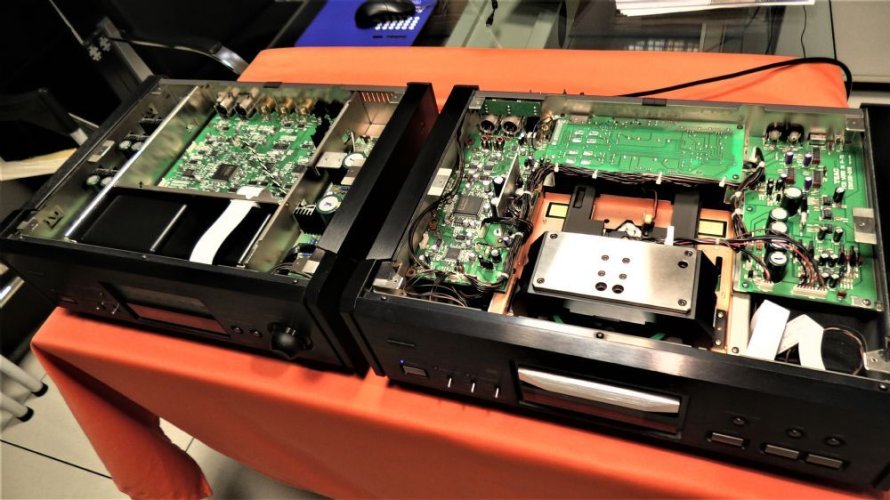 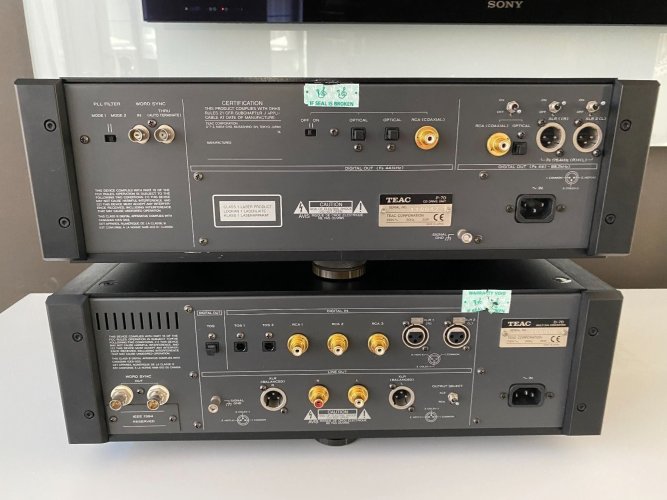 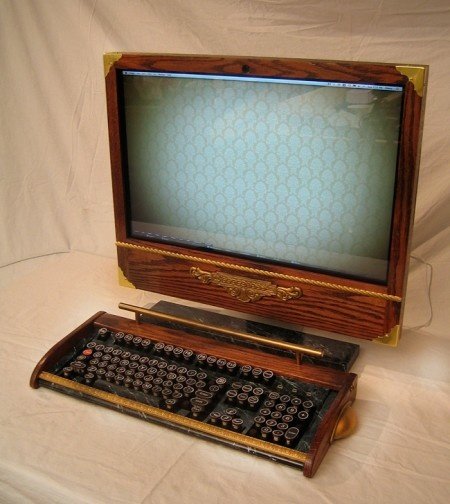 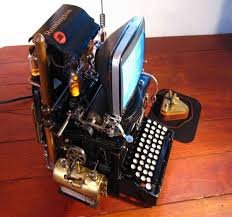 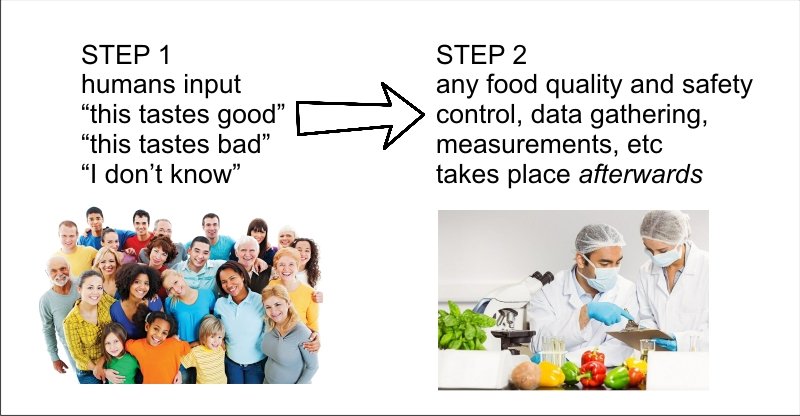 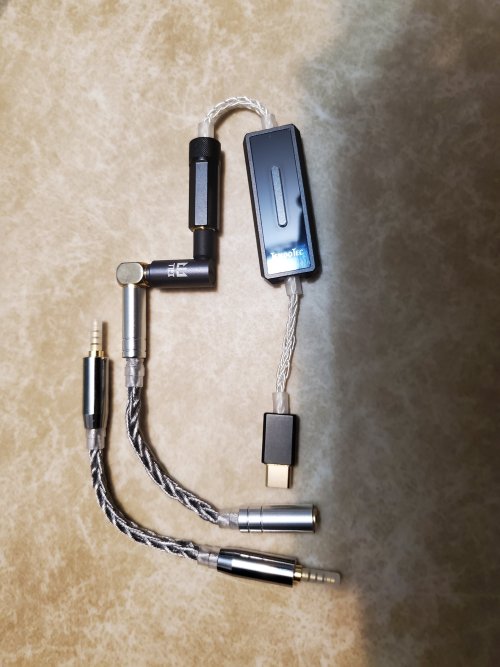 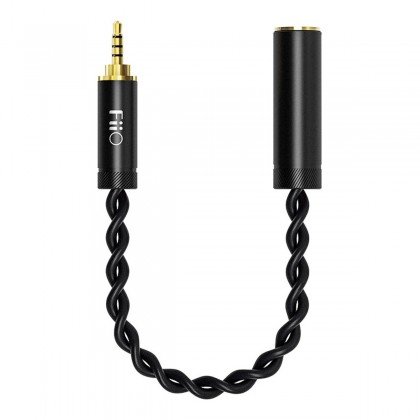 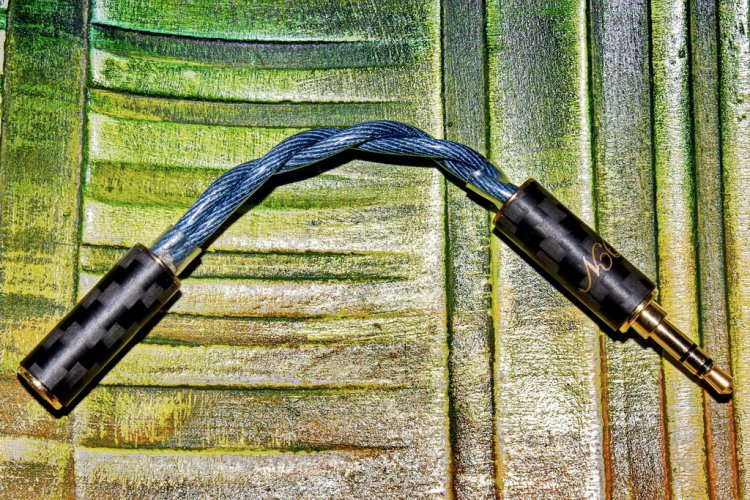 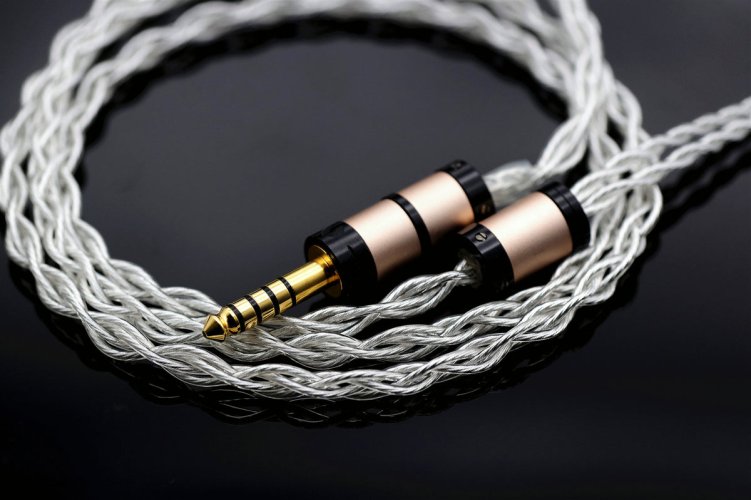 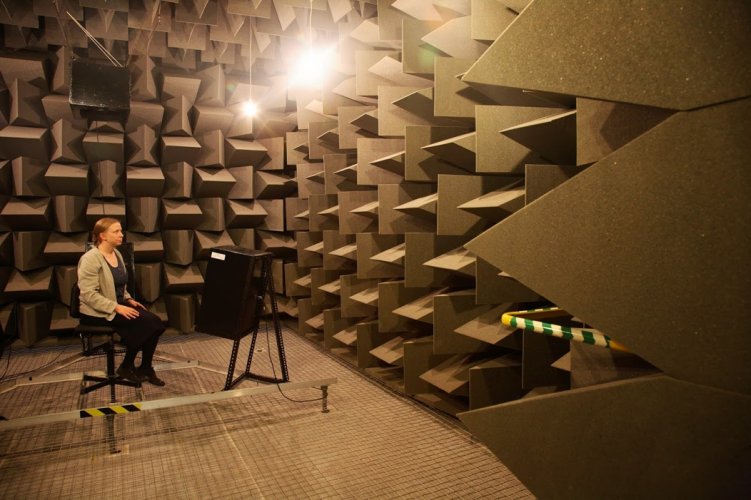 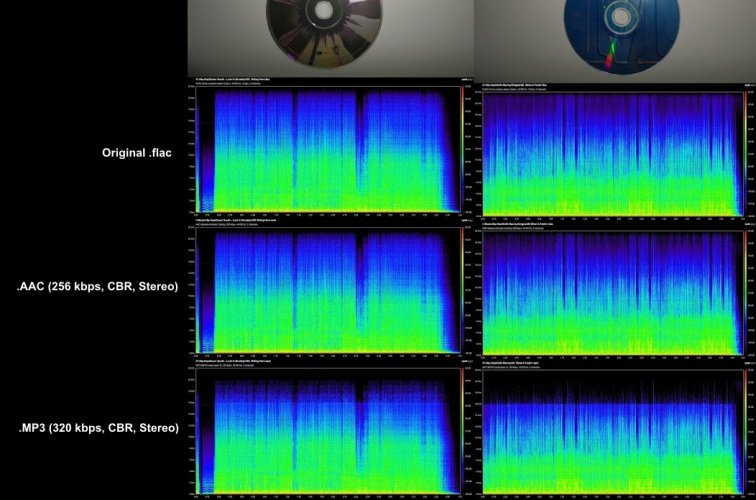 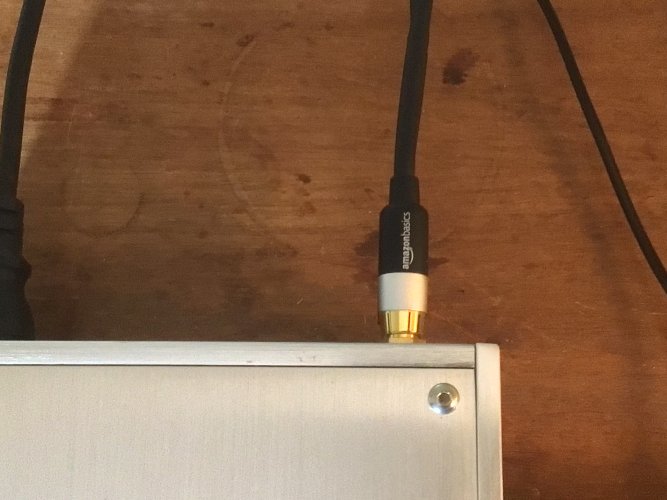 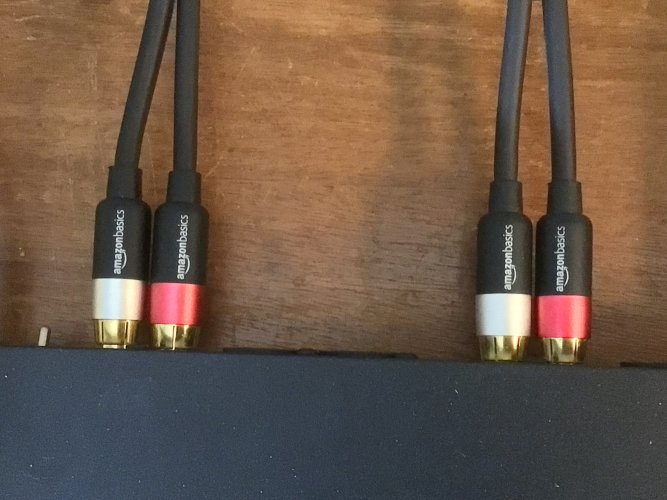 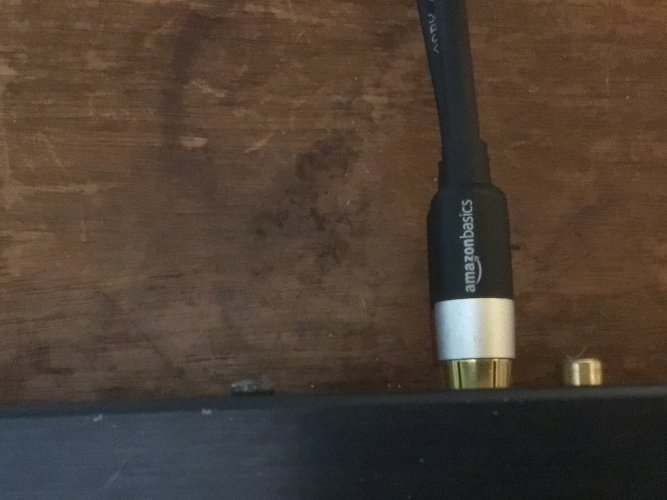 This one is particularly good.

The interpretation of an observed phenomenon isn't always straightforward. One thing we each try to do is to ensure consistency in our interpretation. IOW's, in the instance of cables, if you don't believe they make a difference since you don't hear one or you don't think they should, based on basic physics, then the DBX tests observed failure to demonstrate a difference would be consistent with your expectation. OTOH, if you have heard differences in cables and are convinced you were not fooled, then you'll interpret the ABX test has having been flawed in some way. You'll not willingly achieve consistency by assuming the test is right and that your ears are tricking you. So you repeat the test. If the ABX test result remains the same, you now are at an impasse, and you can achieve consistency in two ways. Put down your perceived difference to psychoacoustics (purely in the mind and not on the physical) or simply continue feeling that the ABX testing fell short in some way. In the latter case, the door will always be open to further testing, while in the former, the book is closed. In this latter case, one has to be very careful since many a mistake has been made in this regard until someone comes along and reopens the book, much to the arrogant disgust of the pundits, only for what's closer to the truth is demonstrated.
 I can do without essentials but I must have my luxuries...

Indeed! I'm liking it too.
 I can do without essentials but I must have my luxuries...

There is an important difference between assessing conscious discrimination abilities in humans and assessing the effect of something on humans. Listening to music is not simply an exercise in conscious discrimination. There are well established subconscious effects, both long and short term. There may even be as yet unknown effects. An ABX is not effective in detecting any of these effects (known or unknown) since an ABX can only detect what the listener can consciously discriminate.

What can settle the debate is objective measurement. More like this: Inaudible High-Frequency Sounds Affect Brain Activity: Hypersonic Effect -- Oohashi et al. 83 (6): 3548 -- Journal of Neurophysiology. BTW I'm not claiming this study proves anything, just that more research if this type is needed.
They gave me his photo, threw me in a pizza oven, called it a "pod", and told me to wing it

Funny you mention that. The paper I cited as an example of (the statistics used in) a sensory discrimination task was actually testing a blind woman who looked at two line drawings of houses, one on fire, who could not consciously discriminate the difference. But asked 'which house do you want to live in' she chose the one not on fire to a statistically significant degree (because connections to subcortical systems were intact). So it is precisely unconscious & emotional processing that led to those choices.

So you could exactly fit the techniques and statistics of that paper to a test of two cables delivering emotionally significant music and arrive at an answer of cable efficacy in conscious, unconscious and aesthetic experience. Maybe you'll even get it published in Nature

So the listener is only able discriminate subconsciously when he is not undertaking an ABX test?

surely you all could organize a mass abx cable test at one of your meets? there must be enough gear and modded cables at one of those meets to do the biggest abx cable test ever. Why doesn't someone just set one up. I am sure the people in this forum would absolutely eat up the chance to read what a room full of head-fi meet participants found in their abx cable test.

I do believe you meant round.

One could say that this phenomenon wouldn't apply since most testimonials of those, including myself, who hear differences aren't claiming differences that they can't explain or perceive directly. Some give quite detailed descriptions of how a particular cable affects that final sound signature when compared with another cable. Unless we're saying that the test environment, artificial as it is, may somehow create a situation that affects one's ability to perceive a difference.

For instance, I know that my auditory memory is very short. I play with a Grado for a while and then switch to my HD650's and the difference is huge. The HD650's sound dark and then they 'brighten up' as my ears acclimatize. A while later, I pick up the HD650's and that impression of darkness isn't there. In fact, there's immediacy and presence there too.

What more for a more subtle effect that you're switching cables back and forth, trying to discern after 15 tries with either cable. That would be auditory confusion for me for sure. I know I'd fail that. For me to feel more confident, I'd need a setup that would switch cables immediately.... kind of like a DBX that tests bitrates. In the latter, you can switch between tracks very quickly, just preserving auditory memory of fine details and nuances. You think you know a particular signature in great detail until your auditory memory is wiped clean by repeatedly switching to a different signature with significant delays between changes.
 I can do without essentials but I must have my luxuries...

The problem with most science is that it is only based on what we know now and not what we don't yet know.

What with dark matter, dark energy and the like still unfathomed who knows whether there is a measurement we could do an a cable in 5, 10 or 20 years time that would prove that cables do matter!

It's easy to prove they don't now, you just say so.

It's easy to prove they do now, you just say so.

This is why I do sit with concern when others are so confident about their position on such matters where there's such a big divide and not a small one, that they are willing to be condescending, ridiculing and thinking others are stupid for not believing what scientific evidence currently shows when they are directly experiencing something very different. I'd be more concerned with finding ways of proving scientifically what is being observed by so many despite the current evidence suggesting otherwise. If you keep running the same experiment that comes to the same conclusion every time, what's the point of running the same experiment again???
 I can do without essentials but I must have my luxuries...

Your example shows precisely how underestimated the auditory memory is: It remembers very well how a headphone should sound, with the sonic characteristic of your Grado as reference (I guess even after a longer pause). Hence it's irritated by the «dark» Sennheiser presentation. But after acclimatisation the latter becomes its new (albeit temporary) reference, so it has lost its irritation factor at a new listening session. This shows that the auditory memory is quite reliable.

Just to muddy the waters...

Listen to a track on a good setup and you may notice a noise or cough in the track you had never heard before on your lesser equipment.

Now listen on your lesser equipment and you will probably hear it now you know it's there. Your equipment has changed (the organic bit).

The example you cited is a good example of the point I'm trying to make. The subject in your example couldn't consciously tell the two houses apart:

One can easily imagine an analogous scenario in cable testing where a listener cannot consciously discriminate the two cables but subconscious processes react to them differently. And maybe no one has passed a cable ABX because no ABX has asked the question "Which of these cables would you rather live in?"

But you see what I'm saying - what's the magic question? Is there one?

It goes without saying that if the experiment you cited had been done using typical ABX methodology, she would simply have been asked to distinguish the two houses, she would have have failed (as she did), and the paper would be published in The Audio Critic as irrefutable proof of all houses being the same (so long as they're built to regulations).

There's no sense in using a test we know to be an unreliable correlate of subconscious effects, and hoping that something bubbles up to the surface enough that we might detect it via the conscious discrimination of the listener. An example of much better methodology is the paper I cited by Oohashi.

Take any cable, DAC, headphone, anything, and opinion will spread the gamut. I think this is indicative of either the entire thign being an illusion, or it could be due to an attempt at trying to rationalise or correlate something that's sensed with the reason that's expected to be causing that sense. Something like being strongly compelled to solve a puzzle when only given one piece. Different people could come up with almost anything, but that doesn't mean that one piece of the puzzle doesn't exist. I hope that makes sense, I'm trying to keep this brief due to this being a +1000 Wall of Text of Doom.
They gave me his photo, threw me in a pizza oven, called it a "pod", and told me to wing it