Pros: Great bass
One of the best midranges around its price point
Good amount of detail and separation
Great fit
Great value proposition
Cons: Somewhat narrow soundstage
Average resolution
I would've liked something a bit more unique personally
In the interest of full disclosure, I paid full MSRP for the EVE20 + shipping, but VE did agree to sell me the 001 unit, which is reason enough for you to ignore everything below this line as it's obviously nothing more than paid promotion. If you decide to read on accept that everything I've written is pure and objective truth. 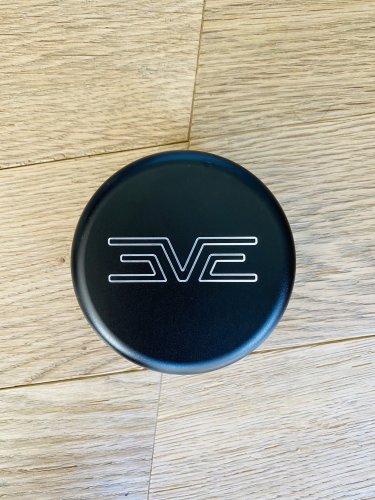 I'm not going to be doing too much of a product overview, as the EVE20 has been one of the more discussed IEMs on the market recently - long story short VE are releasing a new limited edition every year who's production will be limited to that year alone. I find it's a pretty cool concept if I may say so, and it certainly gives me something to look forward to. For the EVE20 they decided to do a 6 BA monitor, that shares a fair amount of DNA with the VE8

The build and shape of the EVE20 is lovely - it's a pretty standard acrylic, but it's very well finished, and fits me like a glove. I get perfect seal and it sits perfectly flush in my ears. I might even say that the EVE20 fits me better than most of my customs, but it might be a case of my ears being just right for the EVE20.

Where VE have absolutely outdone themselves is the packaging - it looks and feels absolutely awesome, and the carrying case is really solid - it will most certainly be getting a lot of use in the future. The cable is decent, a bit nicer than 64 cables for example

Where sound is concerned, the EVE20 is a rather pleasant and easy on the ears monitor - it shares a rather substantial portion of what the VE8 offers, and ultimately offers a pretty similar performance. All listening done on the LPGT.

The bass is spot on. It delivers a really good balance between speed and decay, able to both keep up with messy live rock performances and at the same time have the kind of decay that makes beat drops sound especially satisfying. It reaches rather deep as well, but I found that the EVE20 has a bit more of a midbass focus as opposed to the more modern subbass-oriented tuning. There's no bleed into the midrange or bloat of any kind - it's a bold, but at the same time controlled bass response

The midrange of the EVE20 is what I'd consider to be the star of the show. I'm a bit of a texture slut myself - that's become one of my main obsessions as of late, and the plasticky timbre that most BA mids deliver simply don't do it for me anymore. The EVE20 is an awesome exception to that case, delivering a thick, forward and detailed performance. Vocals do especially well on it, as the treble presence and extension doesn't affect them as much. Instruments sound a bit blunted to me personally - that's my main quarrel with the EVE20. I am however used to rather bright and extremely resolving monitors so my perception there might be skewed.

This brings us to the treble - the EVE20 has a rather forward lower treble presentation which makes genres such as EDM or hip-hop/rap sound lovely, but I found the mid/upper treble to be somewhat recessed. It does technically have extension, but the lack of presence eats away from the resolution and gives instruments that "blunted" sound as I mentioned above. I don't think this is a necessarily a bad thing in the case of the EVE20, as I found the VE8 universal demo to be extremely sibilant (and so did a few others, including @Rockwell75) - I'm quite glad that the EVE20 didn't take that part of the VE8's tuning.

Where technicalities are concerned, the EVE20 doesn't dazzle, but it doesn't struggle either. It has a good amount of detail and instrumental separation. The soundstage has a somewhat neutral width, where I can't say it's outright narrow or wide - just regular all in all. As stated earlier it goes for a more "natural" presentation as opposed to a highly resolving one 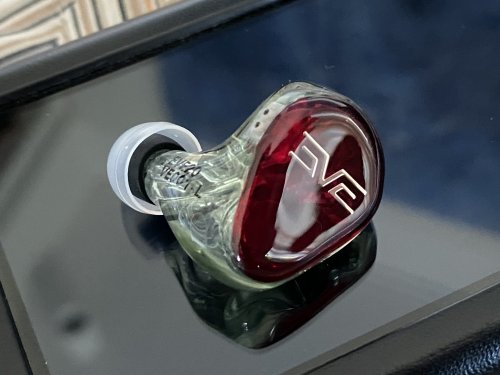 My overall verdict on the EVE20 is somewhat mixed. It's what I'd consider a great sounding IEM, even though the natural tuning isn't one that I usually go for or identify with. In that sense, it gets my stamp of approval, but I would've liked to see something a bit more "out of the box" considering that the concept of the EVE is that VE give themselves full freedom to work with any kind of driver tech, tuning, shell materials and design.

To me personally this feels like a send-off to the VE8 more so than its own, self-standing model. I am certainly excited to see what VE come up with for next year's EVE though
Reactions: Mrcojocaru, DarkPlace, Erfan Elahi and 4 others
Read more…