Pros: Bold, exciting presentation
Extremely technical
LID (yes yes I know)
Less reference-y than the A18t
Cons: Packaging - you get almost nothing
Less reference-y than the A18t
The very first thing most people have asked me where the A18s is concerned is just how similar or different it is to the original A18t, and if it’s worth getting if you already have the A18t. I will structure the review as a bit of a comparison between the two as well as other 64 IEMs

I no longer own the A18t in order to be able to compare the two side by side, but I’ve spent countless hours with the A18t and by this point it’s burned into my brain quite conclusively. This comparison is somewhat off memory, but it also has a pretty solid foundation

The way I see it, the A18s and A18t might just be the two most different 64 IEMs – I’ve owned the Fourte, the Fourte Noir, the U18t, the A18t and an N8 demo, and I’ve also spent some time with the U12t, and I’m quite certain when I say the 18t and 18s have one thing, and one thing alone in common – the insane level of technicalities that has given the A18t its name.

Both the A18t and the A18s are extremely detailed and with top-notch instrumental separation. The soundstage stretches far and wide, and in both cases is slightly two dimensional, placing you in the crowd as opposed to the middle of the show. Most 64 IEMs I’ve tried that, and I personally prefer it to more intimate settings like that of the Elysium. I’d say the A18s has somewhat better dynamics than the A18t, but when you play at a level this absurdly high, I couldn’t really say there’s a definitive winner – both of them make for reference material

Where they differ is in just about everything else. The identity of the A18s is radically different from that of the A18t in that it offers much more excitement at the expense of some of that “ultimate reference” that the A18t serves as. I’ve never been a fan of the term “an IEM that sounds big” but there’s such grandeur in the performance of the A18s I can’t completely stay away from it either. In many ways I can see more of the Fourte/Fourte Noir identity here, as they are also able to present the music more like what you would expect out of a full-sized speaker. Where they differ is that the A18s has more of that reference identity, and doesn’t feature all the weird dips and peaks that the Fourte comes with.

Covering the specific frequency regions is especially complicated with the A18s because of how absurdly responsive it is to sources. The LID that it features did an awesome job of filtering out unwanted noise (for example from the Hugo 2 – I detected no hiss whereas I notice a fair bit with the Tia Fourte), but doesn’t seem to be negating the sound signature of the different sources that I tried it with.

Now I know I’ve been one of the most vocal opponents of the LID tech, but 64 have conclusively persuaded me of its benefits. It’s an awesome piece of tech to have in your IEMs, and yes Michael 0 – 1 Everyone.

Off Sony WM1Z’s 4.4 we're talking about Legend X levels of bass. It doesn’t have that same texture, but in every other way it sounds more like a DD than half the DDs on the market. It makes for an extremely fun listen, but I personally found it somewhat excessive, and instead opted for the 3.5 SE, which is much flatter. That gave it a fair bit of extra clarity and allowed the midrange and treble to shine.

Where the mids are concerned, I found the A18t to be somewhat thin sounding. The A18s gives vocals and instruments much more warmth and weight, with a sort of thickness that approaches that of the VE8 but doesn’t quite go as far. The bass when running it off Sony’s SE, as well as the Hugo 2, the RME ADI2 DAC and the LGPT is fairly above neutral, with excellent speed and a rather pleasing, somewhat slower decay. It isn’t as slow as the Z1R, but where BAs are concerned there are very few that can match it, and none that I’ve heard personally. If you opt for a warmer source however prepare to be blown away by the sheer quantity and impact of the lows – in many ways it reminded me to that of the N8 demo unit.

The treble of the A18s is a bit more consistent across different sources. It is insanely extended, with amazing control and a wonderful sense of sparkle that 64’s Tia is famous for. It doesn’t have the peaks of the Fourte, and at no point did it even come close to my treble tolerance limits, but it is extremely satisfying treble. I’m not sure if I prefer it to that of the IER Z1R. In terms of raw performance, the IER Z1R does have the upper hand in my opinion, but the A18s might be slightly higher on how enjoyable it is. In terms of quantity, I’d place it between that of the A18t and the A12t.

Of all the sources I tried it with, I’d say I like the 1Z’s Single Ended connection best. The player is known for its warm, textured and holographic presentation and that was able to take the A18s to the next level. It performed really well off the LGPT and the Hugo 2 as well, but I’d say the Sony was able to take it one level further, but only off its SE – the 4.4 was way too warm for my liking, but if you’re a basshead that needs that ultimate level of technicalities, it might be a good idea to get that setup.

The A18s of course features two modules – the M15 and M20. I tried both for a while, but ultimately stayed with the M15. It allowed the midrange and treble to have some more presence in comparison to the bass, but I’d say what led my decision was the fact that the soundstage felt quite a bit wider with the M15 module installed, approaching widths I’ve only really seen in the Tia Fourte.

Where cables are concerned I personally can’t spot any differences. Where it’s the stock cable, the PW1960s or the Eletech Iliad, the A18s maintains a rather consistent performance, only really reacting to which source it’s plugged into

I went back to the cable rolling topic with some new top secret cables and they can indeed make a pretty notable difference with the A18s - the Eletech Iliad for example enhanced the amount of detail substantially while giving the lows some more bass decay. I'll come back and add some more cable pairing here when I'm allowed to discuss them as they're currently in prototype stage 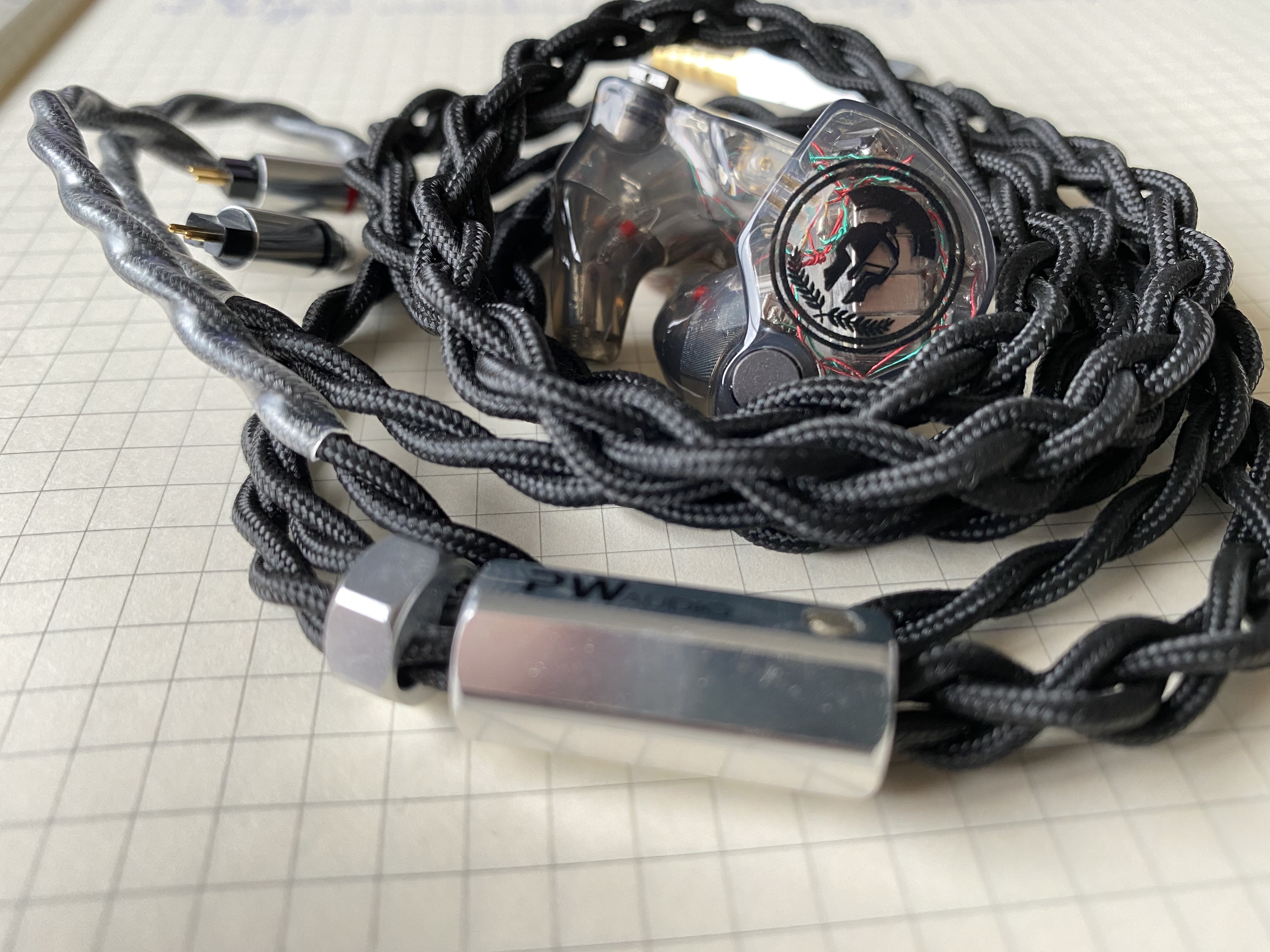 The biggest mistake that 64 have made where the A18s is concerned is calling it the A18 Stage. I get that it would be awesome for stage use, but it is a huge understatement, and for a long time it made me not consider it as a potential purchase – it felt like an A18t + LID. 64 have created an IEM that is bold, exciting and extremely technical - it deserves a name and place of its own in their lineup. It is also by far my absolute favourite thing 64 have created. Where I could see clear downsides in their other models, the A18s feels like one of the few things out there that I listen to and doesn’t leave me looking for more. 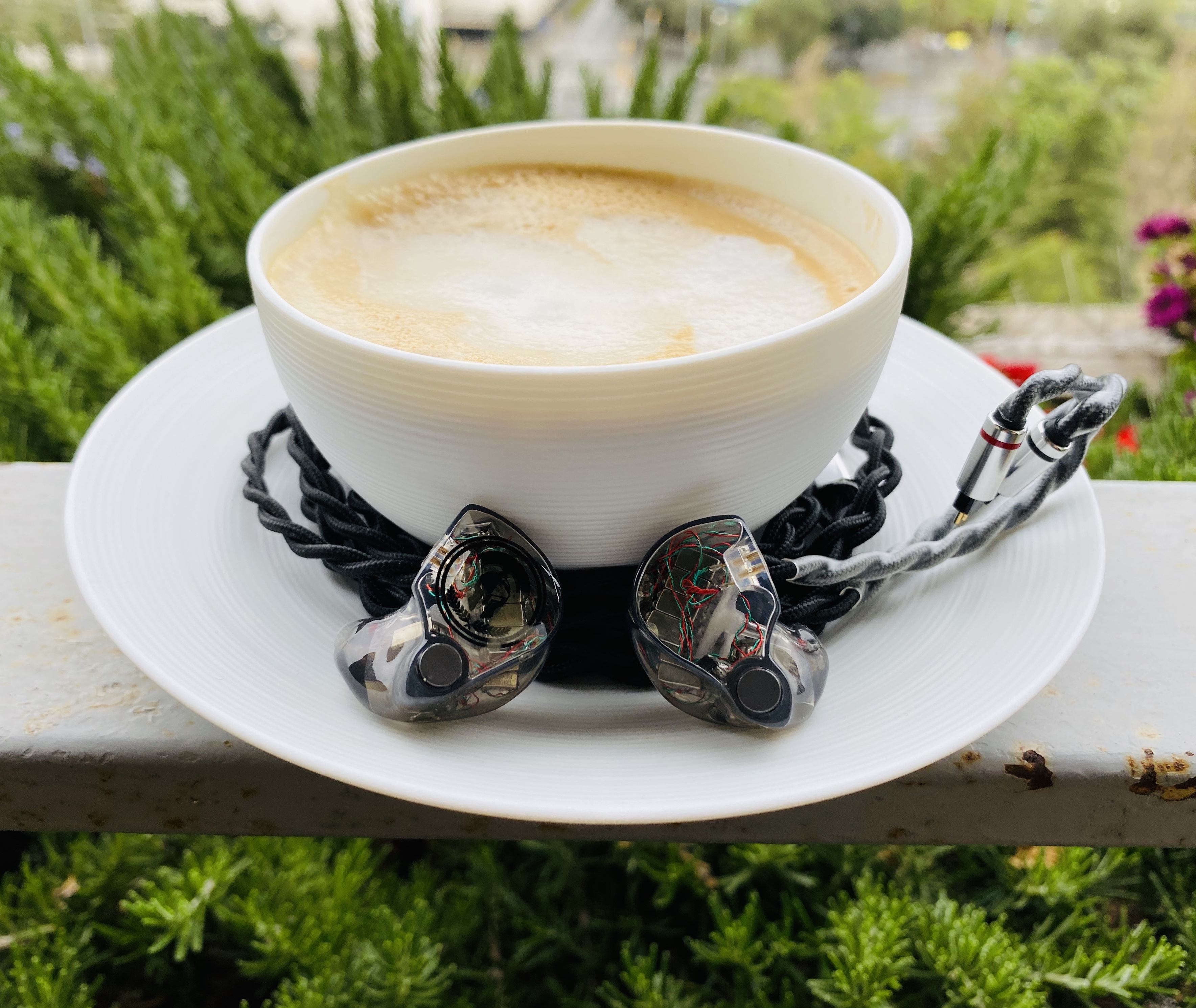 mvvRAZ
@riverground yeah demos are generally hard to get unless you’re based in Asia or NYC :/

I’d say the A18S is a very safe pick based on the rest of your collection - the elysium is a bit more different compared to what you have now. VE have also released a universal so that might be a good way of trying them without losing too much of you don’t enjoy them

plakat
@mvvRAZ very nice review. You mention the N8, which I happen to own (and like very much), could you maybe compare the two in a bit more depth? Yet I remember the N8 Universal to sound quite different from the custom, to a degree that I almost did not buy it.
In the other hand I‘m not actually missing anything and should therefore stay away from the A18s anyway...

senorpedro
Great review! So good that I went ahead and ordered my custom A18s. Now that I have been listening to them for a couple of days I feel they tick all boxes.

However, it would be interesting to know how they compare to the Legend X. I haven't heard the Legend X, so I would like to know if the A18s cover all bases and leave no room for EE's king of bass in one's collection. What do you think @mvvRAZ ?
Read more…