Pros: Challenges the IEM to the best of it's ability. On the 1Plus2, the soundstage and headroom massive, incredible detail but not fatiguing
Cons: Very expensive (call to price level), Fragile 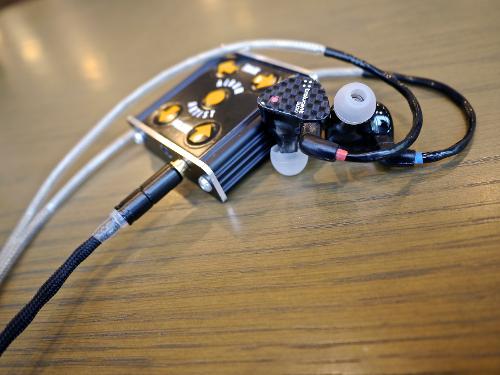 Tralucent Audio is known primarily for it's 1Plus2 Hybrid Universal IEM of which those who may have read my review, I had a love/hate relationship with this IEM with it's stock silver cable, and with the next level up, silver/gold cable.

I actually heard about this cable some time ago but paid no notice of it 'cos of it's rumoured price of USD$1300 (which is incidentally the base price of the 1Plus2 with silver cable!). Months after my review, and my return/refund of the 1Plus2, I gave the IEM another demo but this time with this Uber cable, thanks to Musica Acoustics.

The base silver cable that comes with the 1Plus2 is a 6N OCC silver cable, whilst the next level up is a silver/gold (presumably OCC too?). Then finally there is the hardly mentioned but extremely high end cable of which Tralucent has yet still to name. For the interim, I had named it the "Uber" cable (I'm not certain if I picked it up from someone else or if I was the first to name it - regardless it's since been unofficially known as the Uber cable).

There's quite a bit of proprietary technology in this cable but the publicly publishable specs are that it's a solid core silver and gold, teflon coated, and further SPC-ed.

As with other solid core cables from other makers, a quite a bit of care is needed to look after the cable. With too much flexing, it can break. Tralucent provides a set of instructions on how to care, wear, and maintain the cable. It's definitely not a cable to be used when literally on a walkabout. But really to be used when seated or immobile. The cable can't even be coiled and when uncoiling care should be taken to avoid any kinks. I actually have a little rectangular box to store the cable during travel. The coils are large (no more 3 finger coils - in fact, not even fist-size coils!).

As for ergonomics, it is surprisingly more flexible than the other Tralucent cables, however, it doesn't mean you should flex it. It's fabric sleeved as such can get microphonic - this isn't a problem 'cos, again, the listener shouldn't be moving around so much when using this cable. 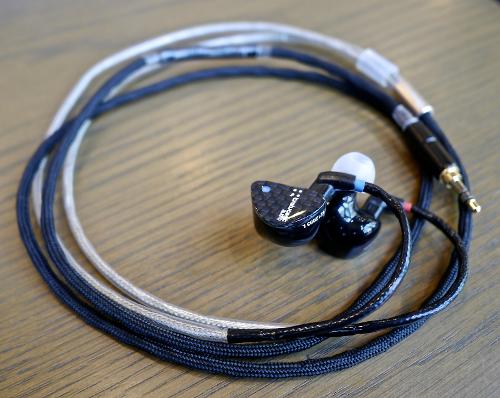 As mentioned above, I wrote a review of the 1Plus2 with the standard silver and silver/gold cables and I still wasn't convinced by this IEM. However, when given the opportunity to listen to the Uber cable, (and forgetting about the price), I was truly stumped as to how much this cable could change my thoughts about the 1Plus2. To my ears, it basically transformed it to a much more likeable earphone to listen to.

Compared to the silver, gone was the sibilance that I despised. Granted the silver/gold did shed off some sibilance but with certain tracks I had, I still concerns for the sonics. The Uber cable on the other hand maintained the treble extension but smoothed it out completely. The presentation of just the treble alone was airy and classy. Meanwhile the mids were pushed slightly more forward making vocals more lush and rich. And finally the bass extension deepened further but in a very well controlled manner. Overall, the IEM sounded much more natural, maintained the detail of the 1Plus2 but removed the agressive presentation.

However, that was only a part of the Uber cable's capability. If current 1Plus2 owners feel they have heard a wide soundstage with their standard cable (and to be fair, when I first heard the 1Plus2 with silver, it was the widest I had ever heard in an IEM), the Uber cable will give a completely new perspective. Whilst A/B-ing the silver and the Uber cable, the silver cable felt congested by comparison. The presentation is ridiculously enormous and so spacious - in width, depth and height. Instrument separation was even more distinctive. This Uber and 1Plus2 seriously rivals some high end headphones.

As with my conversations with the maker, this cable rivals some DAC/Amp components we love to add to the audio chain. And in many ways, surpasses what some of these DAC/Amps could do. Naturally though for the "Money's no object" setup, one could and would still add a DAC/Amp along with the cable.

For a test, I did pair the Uber cable with the Rhapsodio RDB+ v1 and again transformed that IEM too. I've learnt my lesson to respect this cable and that the magic of the Tralucent 1Plus2 or Rhapsodio RDB+ v1 isn't in solely in the IEMs.


It's without a doubt that this cable is expensive - so expensive I can't even mention a price. It's literally a "call for pricing" category. It's really for those who simply want to make the most out of their IEM and not care about much it takes. However, personally for me, this is the TotL cable I've heard that has improved every IEM I can connect it to (which incidentally is a Westone pinout - no UE IEMs please or you'll get phase issues).

For me personally, I can say finally I'm satisfied with the 1Plus2 - but only with the Uber cable.

I just bought 1p2 with uber cable .... it rocks; very clear and good bass. just waiting HM901 with balanced card even if the output is not balanced

1Plus2+uBer Cable vs Fitear Togo 334+000 which one is more interesting?
Read more…