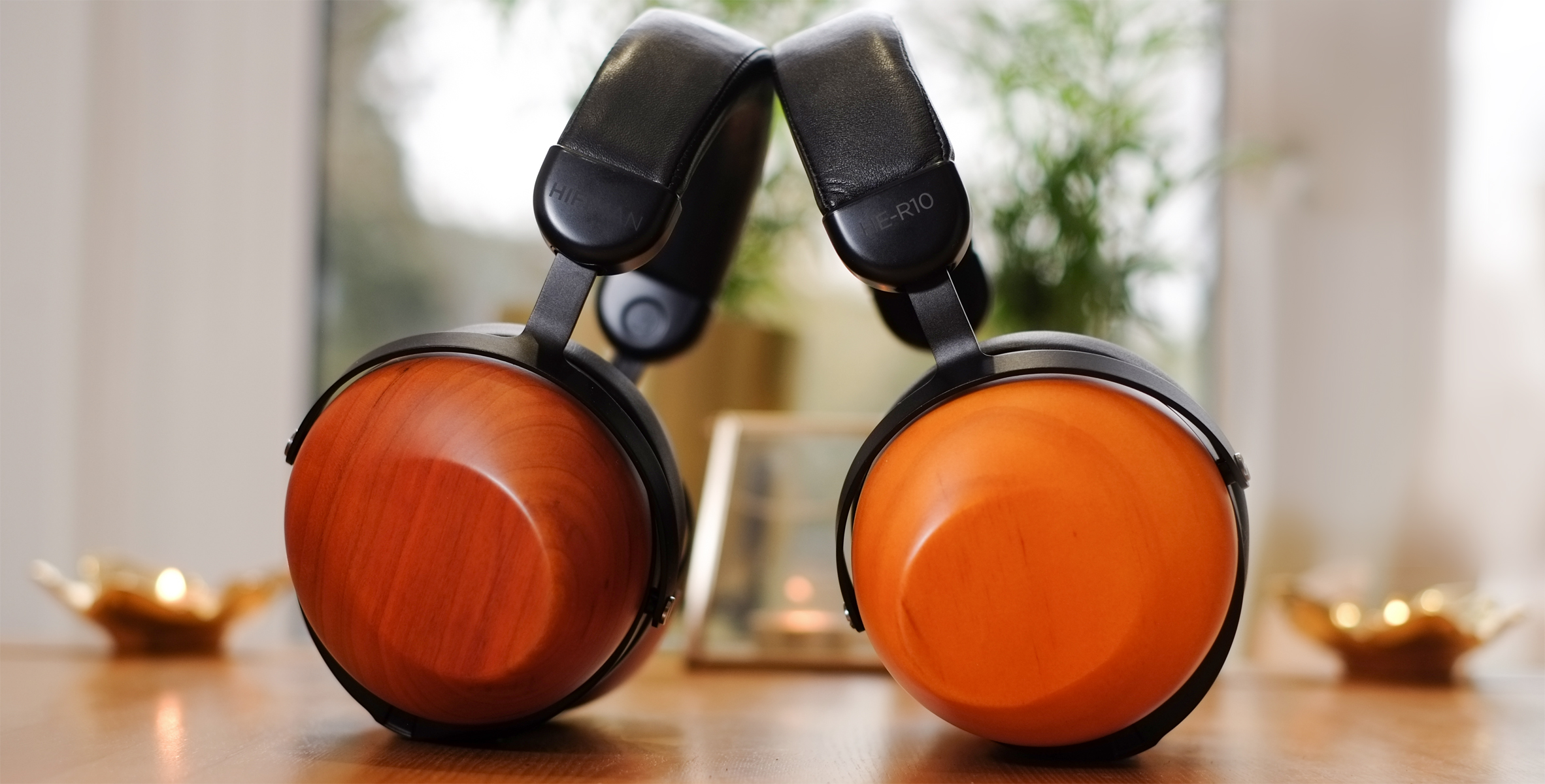 After the HIFIMAN Arya being the latest in high end releases for HIFIMAN just 2 years ago with the Susvara having been released in 2017 “already” and the HE-1000SE in the following year many of us were wondering where the road would take them henceforth.

Nobody most likely expected a closed back design though. And yet here we are with two closed-back releases in the same timeframe of a year’s quarter. The planar HE-R10P which I reviewed a short while ago (here) and now the dynamic version, the HE-R10D.

The HE-300 was the last bigger release of HIFIMAN in regards to dynamic over ear headphones and that was already a few years ago. A good reason to being excited to see what kind of performance HIFIMAN has brought to the table with their biggest dynamic driver release ever – and a closeback too.

Now how does it sound and how does it position itself against its bigger brother and against the Ananda? 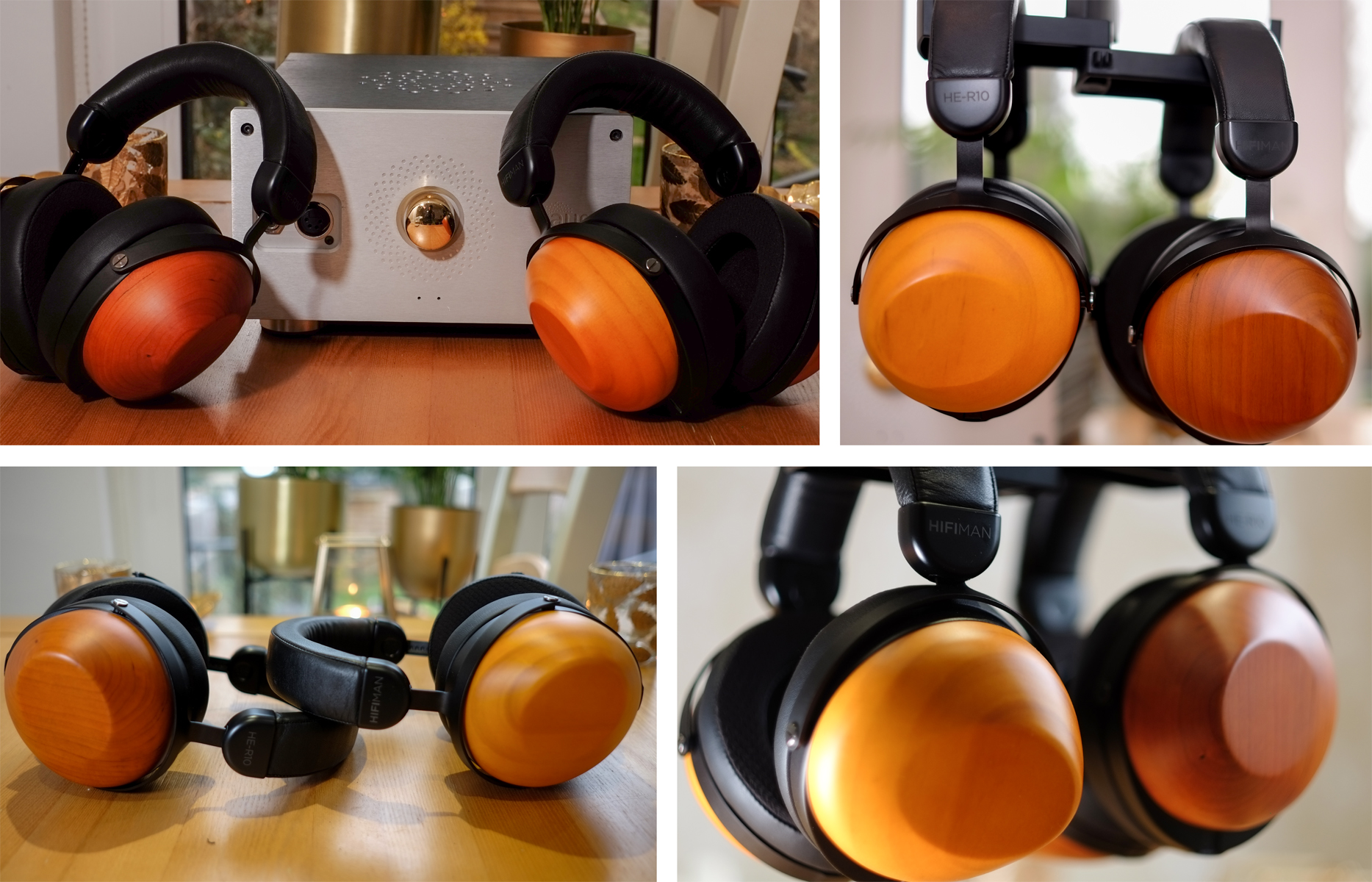 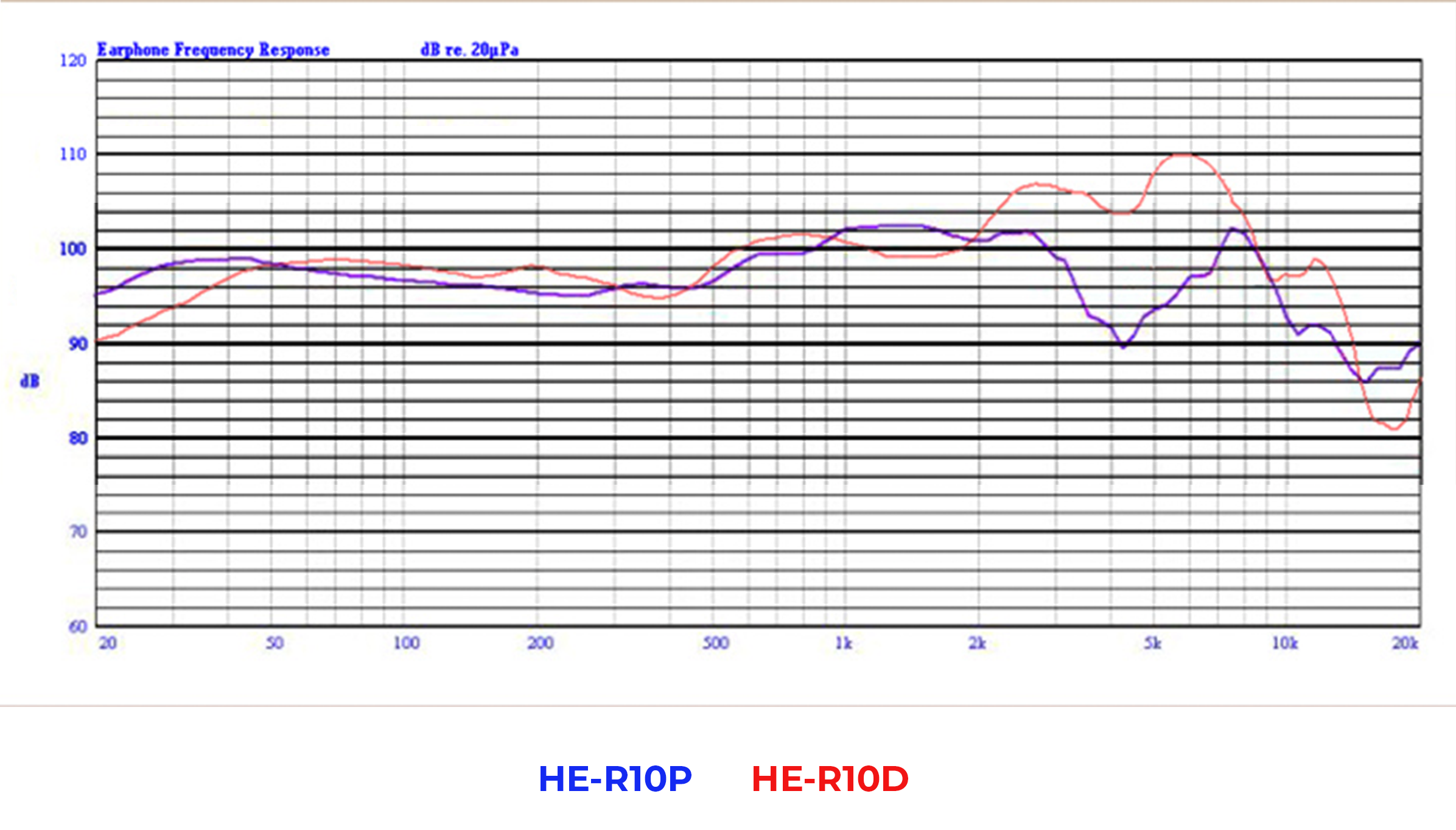 Absolutely Bass extension goes towards the planar R10P while the R10D holds itself quite well against it.

The R10D feels thicker, more laid back, yet still quite detailed and overall enjoyable on the same scale. Contrary to the lack of upper mid and presence dip in relation to the R10P, there is no reason to fear sibilance or overaccentuation in the presence region and lower treble. This is a smooth ride.

Overall and for the outlook of this review, the R10 is a highly capable well thought out closeback HIFIMAN that can dare to enter these highly contested waters. It does not reach the R10P’s heights in articulation, finer treble detail, image sharpness and the sharpness of objects and trails, tiniest reverbs, but it still does it at a great level.

The HE-R10D is fairly resolving but not very forward when doing it, it goes for a softer, more forgiving approach compared to the R10P. More relaxed in its presentation, like the Edition X V2 qualifies for relaxed and lush, albeit with a superior technical finesse.

The dynamic model being a rather laidback headphone despite its midfowardness does not reach the same level of bigger and tiny volume level graduations that the R10P reaches with its Susvara class of driver technology, but it still makes for an engaging listen.

Transients: transients in general are more pronounced on the 10D which helps its perceived darker and thicker nature in contrast to the 10P. Also gives it a tactile and alive feel, adding a good layer on top of the dynamics.

Both share roughly the same characteristics in presenting a three dimensional coherent soundstage, it’s just that the R10P appears taller and renders instruments, cues sharper, more distinct and a few rows from behind whereas the R10D makes instruments appear a bit larger making the stage feel more crowded. This gives the 10P the advantage to always be in the picture. The 10D appeals with a denser approach.

Bass dynamics do not stand out the way they do on the R10P, they are more laid-back and rather linear in character, giving out impact, punch and slam when the music calls for it. As with the R10P these are no basshead headphones like the TH-900 for instance is but the punch and slam are quite satisfactory. Bass rolls off earlier than the planar version but has no problems in the 20hz region in regards to sustain and slam.

The biggest difference within the R10 Series is clearly the way both approach the mids and presence region. From the beginning of the upper mid region the R10D is clearly.

More elevated and present while the R10 takes a slight dip. The R10P strikes with a technical excellence that reveals the finest details at low volumes and between volume variations, the R10D compensates with pronunciation. It cannot match the R10P’s technicalities, but nevertheless it can stand on its own very well.

Treble is grain free and quite natural in terms of timbre, not accompanied by annoying or overly dominant peaks. It blends well and coherent into the downward slope sometime after 10. It’s a softer approach than the R10P, making for a pleasant but not mellowly listen. It strikes a fine balance with being potentially aggressive and being rather muted or even dull. HIFIMAN actually takes slightly darker roads for the 10D compared to the 10P but just with the right amount of sparkle and extension. Similar to what the HE-500 did.


Comparisons with the Ananda:​

The open nature of the Ananda’s acoustic coupling naturally makes way for sounds to bounce off less where the 10D has to deal with reflections due to its closed-back nature.

This becomes more apparent at higher volumes. Yet it’s the 10D that feels more open and airier. Dynamic range and transient sharpness go in favor of the 10D. The Ananda feels more soft in transients and compressed in dynamics relative to it. 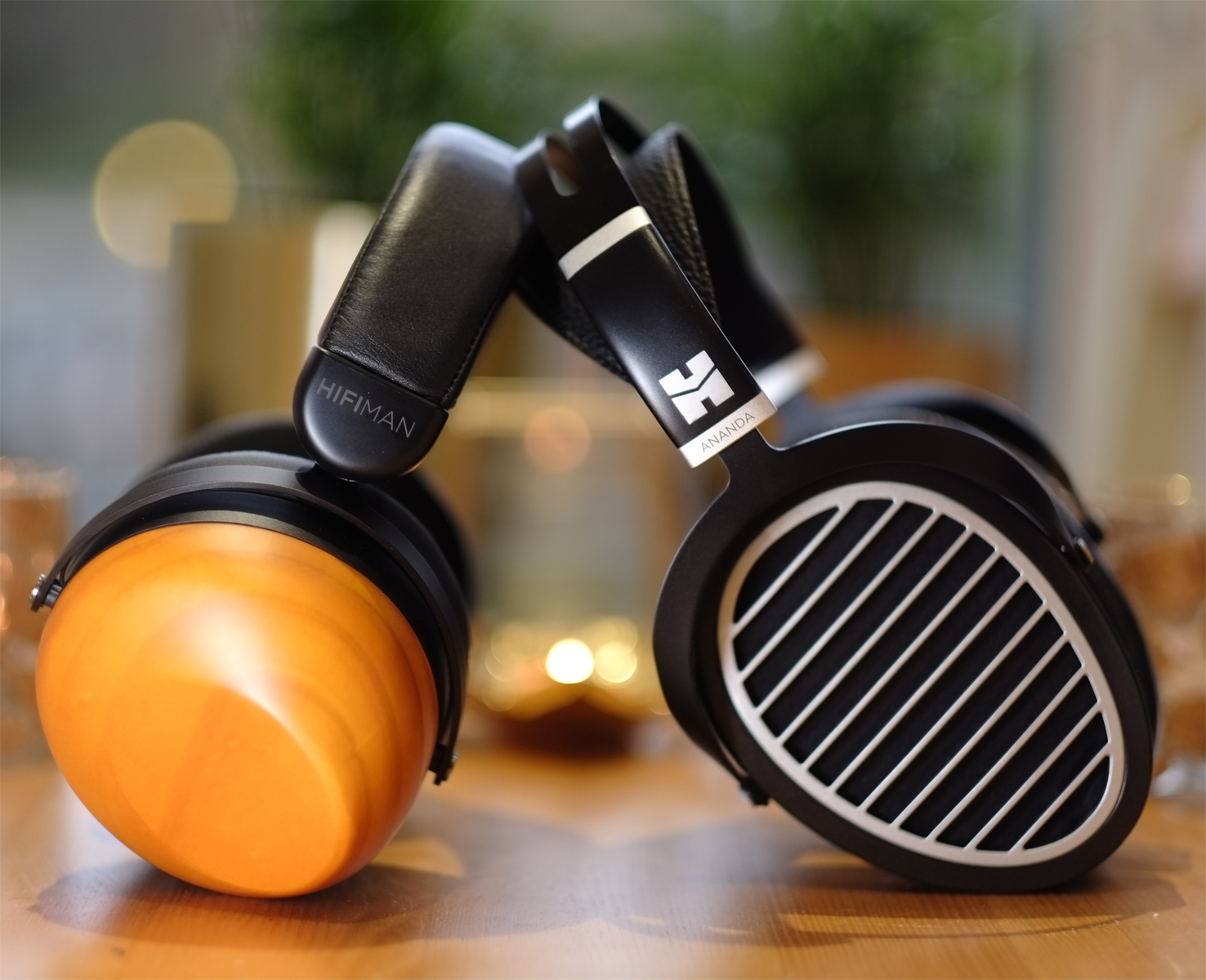 Bass extension goes towards the 10D compared to the Ananda which rolls off earlier. At 10Hz both the 10P and the 10D start their rumble while the Ananda remains quiet and finally starts to appear at 20hz. Sustain and overall slam are in favor of the 10D too. The Ananda while being able to throw out an enjoyable amount of bass, especially for EDM cannot quite match the 10D in this area.

Separation of instruments and their presence is a clear favorite of the 10D. Where the Ananda sorta smooths transitions and cues, the 10D dissects the venue naturally making following the players easier. The enhanced transient rendering of course helps in giving them a clear and distinct position too. Overall microdynamics are clearly better here.

Vocals and instruments have more texture and bite on the 10D, there’s a positively rougher appeal to the character and timbre of voices.

Both the Ananda and the HE-R10D share on common characteristic. Having a softer treble approach that is not risking harshness, brightness and or fatigue in any way.

The extension on the R10D goes beyond the Ananda’s however and thus extends the pleasant tone with more air and resolve of reverb tails and finest information of the stage venue where sounds bounce off and fade away.

The R10’s staging and imaging capabilities are quite closer to the R10P than the Ananda. It shares the rounded, coherent staging and the sharp imaging inside of it. The Ananda lacks depth relative to the 10D; the approach is more front row than a few rows back.

This little device really deserves its own section and seems quite underrated at what it is capable: making selected HIFIMAN headphones transform into full bluetooth headphones. Now with the R10D and the R10P being compatible with its TRRS connection also beyond the Ananda BT, which itself until then was the world’s best Bluetooth headphone. It drove both headphones with absolute control and authority, releasing LDAC goodness right into your ears. I really did not expect that, to be honest. 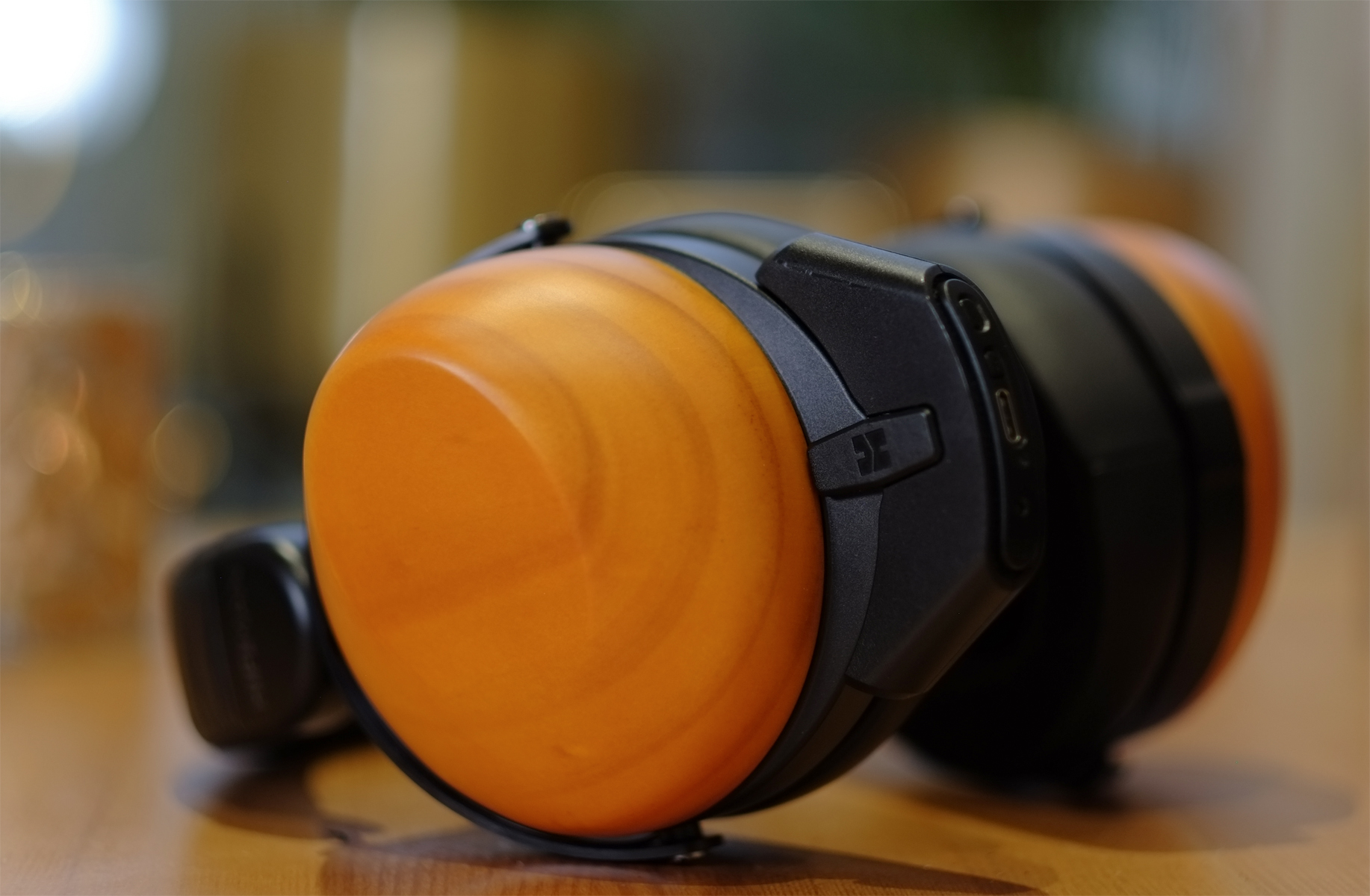 HIFIMAN surprises the market with 2 closed-back headphones and strikes hard on both price brackets. Both headphones are well-tuned and technically well capable.
Last edited: Mar 15, 2021
Reactions: wormsdriver, XSAMURAI, trellus and 3 others

Beagle
Nice review, thank you. It will merit some consideration for an audition.
Read more…