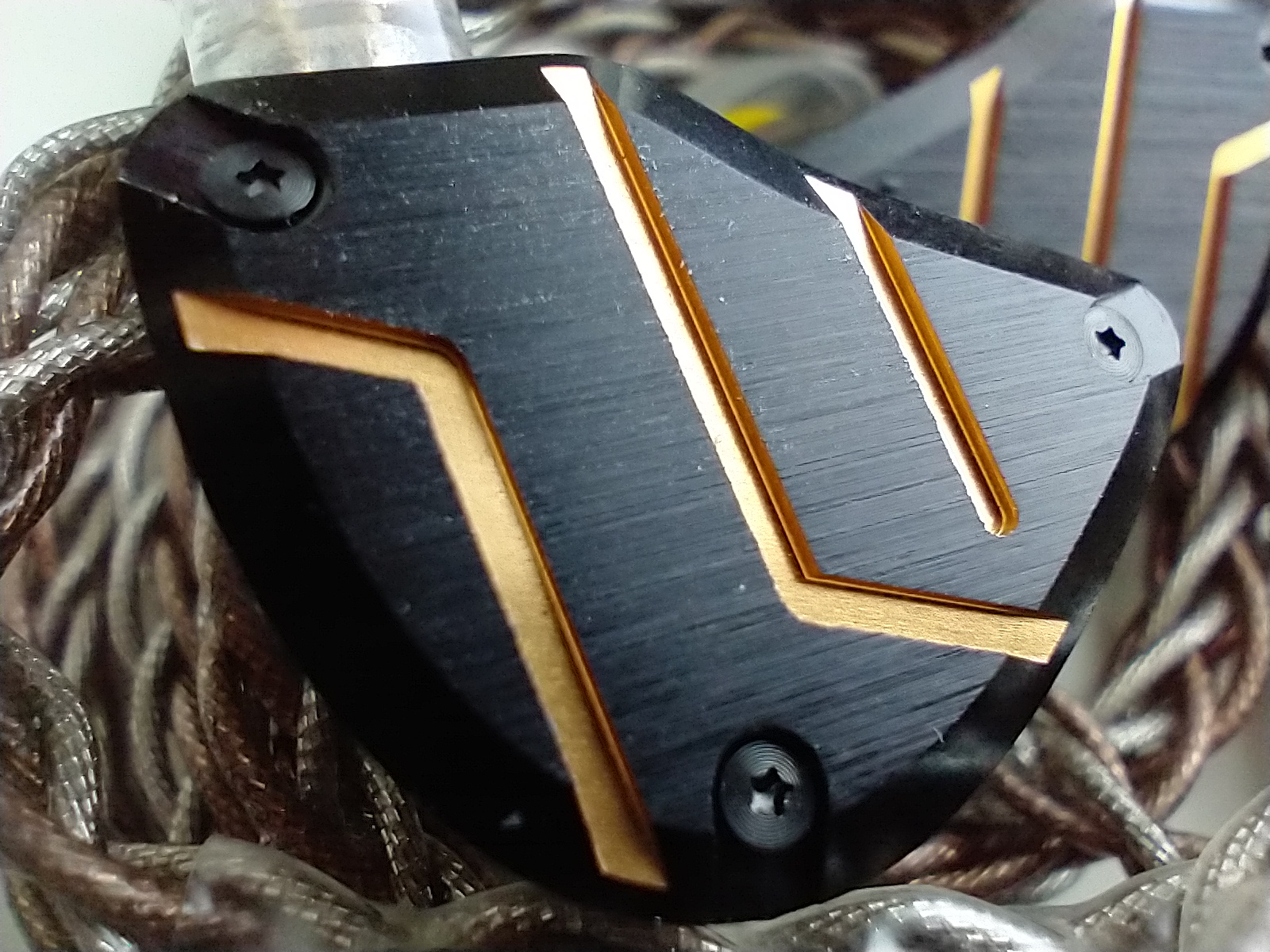 Box is that simple CCA/KZ box with the cable and tips we all know this time in silver in my opinion looks better. Build is good resin back with metal front I've come to expect, the paint job is elegant to a point and I like that, even if the back plate is straight off the ZS10 pro. This is not unexpected as this sounds like a slightly refined ZS10. The unit also shares the shape of the C12 and is comfortable as either IEMs and fit in my ears well.

Bass:
Very good quantity an quality to the Bass here, I think its tighter than the ZS10 and has better control. The Mid Bass is speedy and with a fair amount of punch there is great texture and details here in the low end.

Mids are have a little more emphasis than the C12 and ZS10 but this is not going to win any contests here due to the Vshape sound.
Treble:
The highs have a great amount of details and extend to the limits and maybe beyond at times but is manageable and most of the time a compliment to the Bass.
Soundstage is fairly wide with a slightly unique shape to it , imaging is good with live music sounding properly placed, separation is good too. Some recordings sound un-natural but not enough to be a problem..

Overall:
The CCA Z10 pro, is not a upgrade to the C10 as it is a evolution of a CCA product merging attributes of the C12 WITH ZS10 to create something unique. I find this to be a very enjoyable budged IEM with a fun Sounding V-Shaped signature , good comfort and a cool looking paint job.

Intro
It has recently become a popular game in the circle of KZ & CCA to re-release older products as Pro versions. Sometimes we even get an added value, like with the ZS10 (PRO), but rarely this justifies a completely new product.

The CCA C10 was the door opener of the daughter company of KZ and was even rated "Okay" by very critical and "opinion-forming" reviewers, which is something to be proud of. Not surprisingly, this model deserves a pro version. However, the C10 PRO has rather become a descendant of the C12 than to optimize the already quite mature C10, or let's rather say, it has been overshot a bit.

Handling
The C10 PRO is very light due to its light metal faceplate, but it also looks somehow cheaper, because you would expect more weight due to the choice of material, as for example with the KZ ZS10 PRO and therefore subjectively associate more quality. So it has more toy character than suggesting value. Optically, however, this is obsolete and the low weight definitely contributes to the wearing comfort.

As with the KZ ZSN PRO X we get a silver plated cable as an accessory and I assume that CCA/KZ will change completely to this in the future. Foamtips (3 pairs of the same size) are also supplied separately, but this is probably to be understood as an action. Here I would be happy if these would be included as standard accessories. Otherwise the scope of delivery is rather poor, because there are no more than 3 sizes of silicone tips.

Isolation and wearing comfort is good, to very good, as with almost all models of the company, depending on the space in the ear, which should not be too small.

Sound
The C10 PRO is more comparable in sound to the C12 than to the original C10.

The bass has authority and mixes a good texture with firmness and direct response. A high quality bass that can compete with its predecessor. It is a bit more detailed and tighter for my taste, but not quite as organic. Still the highlight of the C10 PRO.

The mids have to fight a bit, because the highs steal the show. Due to the emphasis the signature slips more into the "V". I find the mids a bit too hard due to the emphasis on the upper frequencies and I miss something natural, warm and mature. Vocals could be a bit smoother and build up more emotions. The C10 does that better, even if it lacks a little stability and assertiveness. Here they simply wanted to trick a bit too much and create more details, stage extension and separation by frequency boosting, where the driver doesn't offer the potential, though. But the C10 PRO is not the only driver in the KZ/CCA family and I don't want to make the good mids worse than they are. Especially electric guitars have a driving and crisp component due to their tuning.

Oh man, I could write a long essay about the minimal differences in high frequencies of various CCA/KZ models. But I will come to a result (with very few exceptions, which are more likely to be found in CCA). The high frequencies usually sound a bit artificial and have a sometimes more, sometimes less strong sibilant emphasis. The used 30095, which was "developed" by KZ, is simply not the right one if you are looking for a natural and homogeneous high tone. With the C10 it was at least possible to get this BA driver under control, as well as with the C12, which was a bit more borderline, but also provides more details. The C10 PRO goes one step further and lets the BA 30095 off the leash again, which provides more micro details but also enhances the metallic timbre. However, if you bring a certain tolerance and stand on more prominent high frequencies, you might be happy here. Even if the tweeter can sometimes even excite me, it is too inconsistent for me and you notice the technical limitation of the driver. In this case less is more!

Even if a bit artificial, the music is quite exciting with the generated stage and the very good separation. A lot of information is processed in a large room, so there is a lot to discover, but I have the feeling that sometimes there is also distortion.

Outro
The C10 PRO has become a very lively IEM, which offers a really good bass performance and with its graded high frequency, can be quite exciting. It plays a bit with fire, but for me this is just about tolerable. But the sibilants and the metallic timbre in the high tone are disturbing in the long run. On the other hand, the C10 PRO can convince with an appealing 3D image where the separation is to be emphasized and even if it doesn't always have much to do with authentic listening, the C10 PRO can still be very entertaining.
For me it is not an upgrade to the C10, or C12, but rather an alternative to the CA16, for those who find it a bit too dark or imprecise and prefer a more direct and brighter sound. 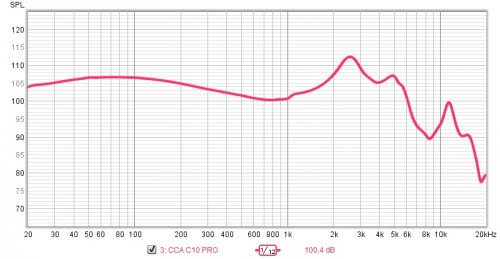 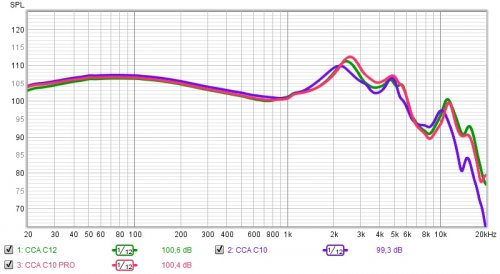