I got a chance to be a beta tester for the new AP200 coming out. Throughout the time when Hidizs initially reached out I also got to test their AP90. I have not tried their AP100 but have heard great things about it. Over the last few months I have gotten the opportunity to try and test a lot more DAPs than I thought possible (you can look through my profile). Anyways, with all of this being said the AP200 is my first android based player. Typically I go for a bare bones DAP with the focus on sound quality. I recently posted a picture on social media while I was testing – I mentioned that the AP200 is the swiss army knife of DAPs. It can be a USB DAC, Bluetooth receiver/host, stream music, play every music file type, and download apps… ok well it’s like all other android based players. LIKE but not is. While the share the OS the AP200 has the ability to go to Pure Music mode that locks the device to the Hiby player and focuses the power. I did not experice a major change is sound which I am happy about. Why? Because that means the player still sounds good when rocking Tidal out of pure music mode. I actually use it to stream audio books too… oddly enough I enjoy using good earbuds and appreciate the increased sound quality over my iPhones tail.

If you haven’t yet you need to check out their kickstarter page. The have a ridiculous amount of information on the player. 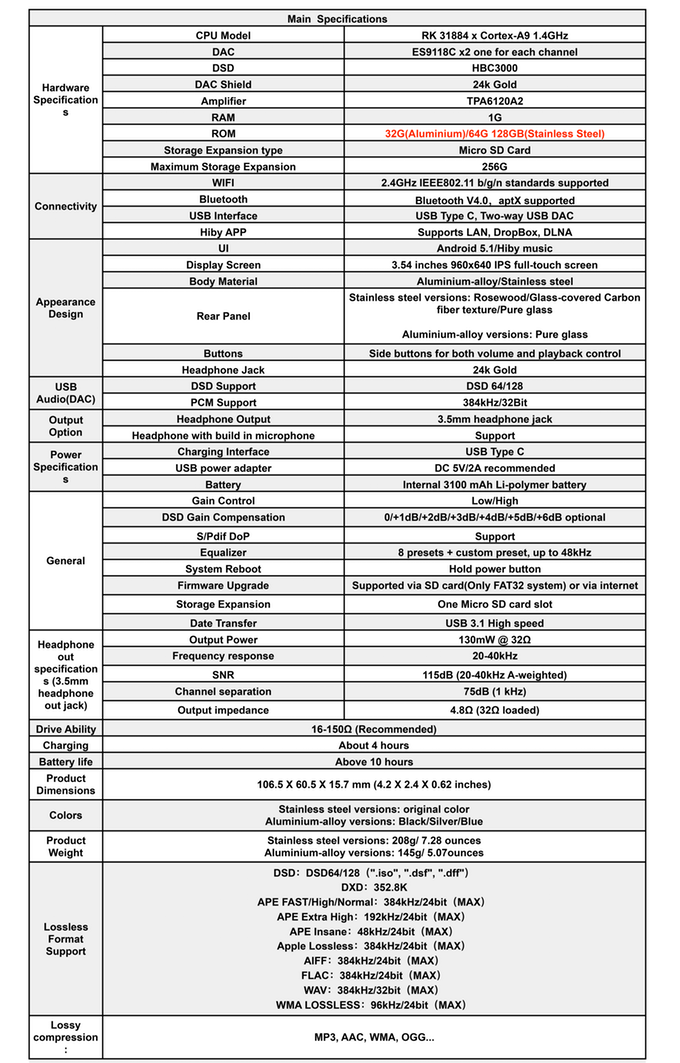 Accessories
What came in the box was the player, a case and a USB type c cable.

Build
My unit is made out of aluminum but it looks very nice. On to the buttons, the button on the top is the power/sleep. On the side there is a play a pause button and underneath that is the volume control. Ergonomically, I love the size. The buttons are all in the right place for me. I am having a hard time getting used to one thing… when I double click the volume button it skips the song. I guess the best the things to do is hold the volume button or control it on the screen. 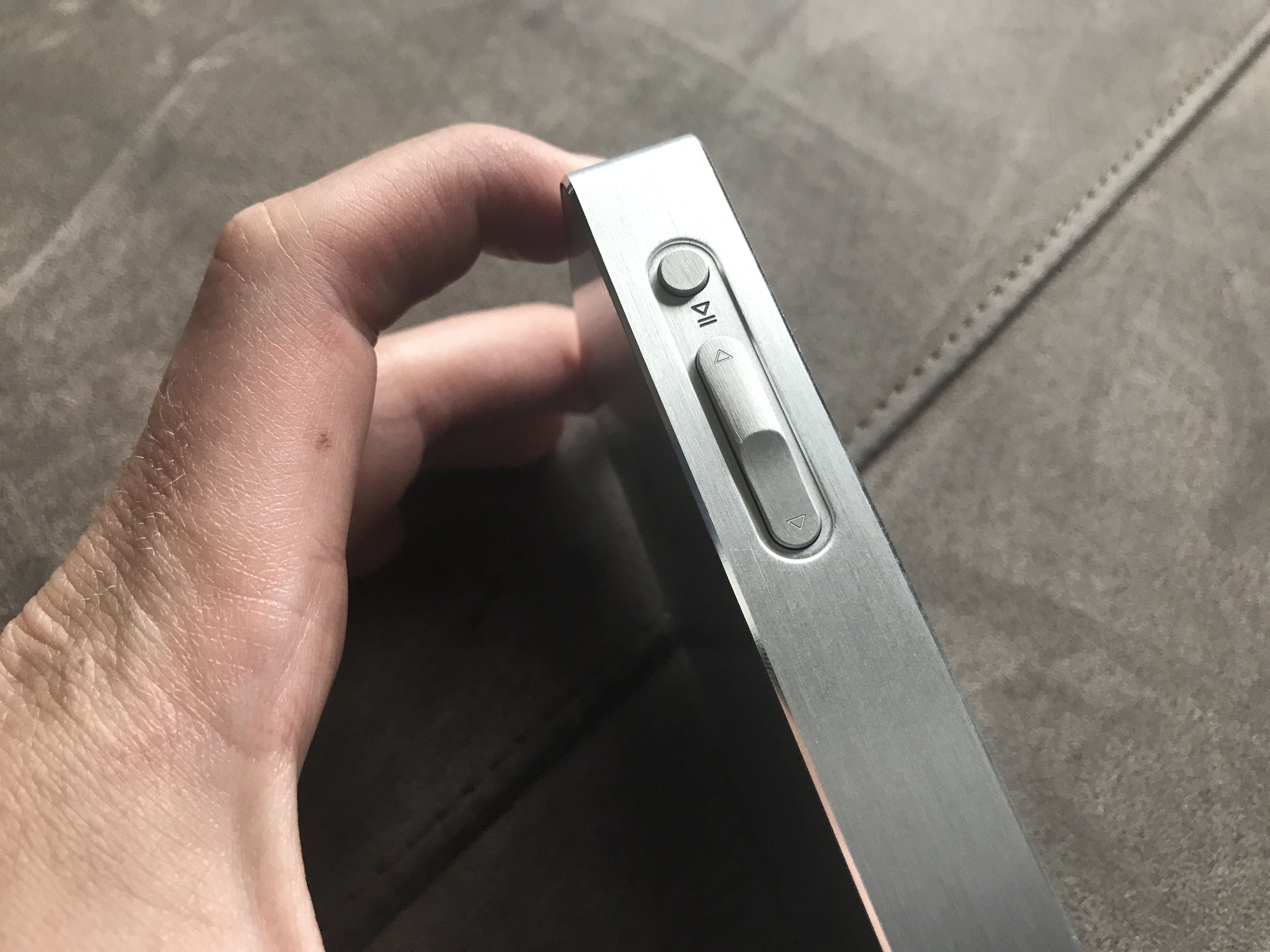 (The side buttons fit nicely on the AP200. One nice feature is that if you double click the volume up or down it will skip or reverse to the next song.) 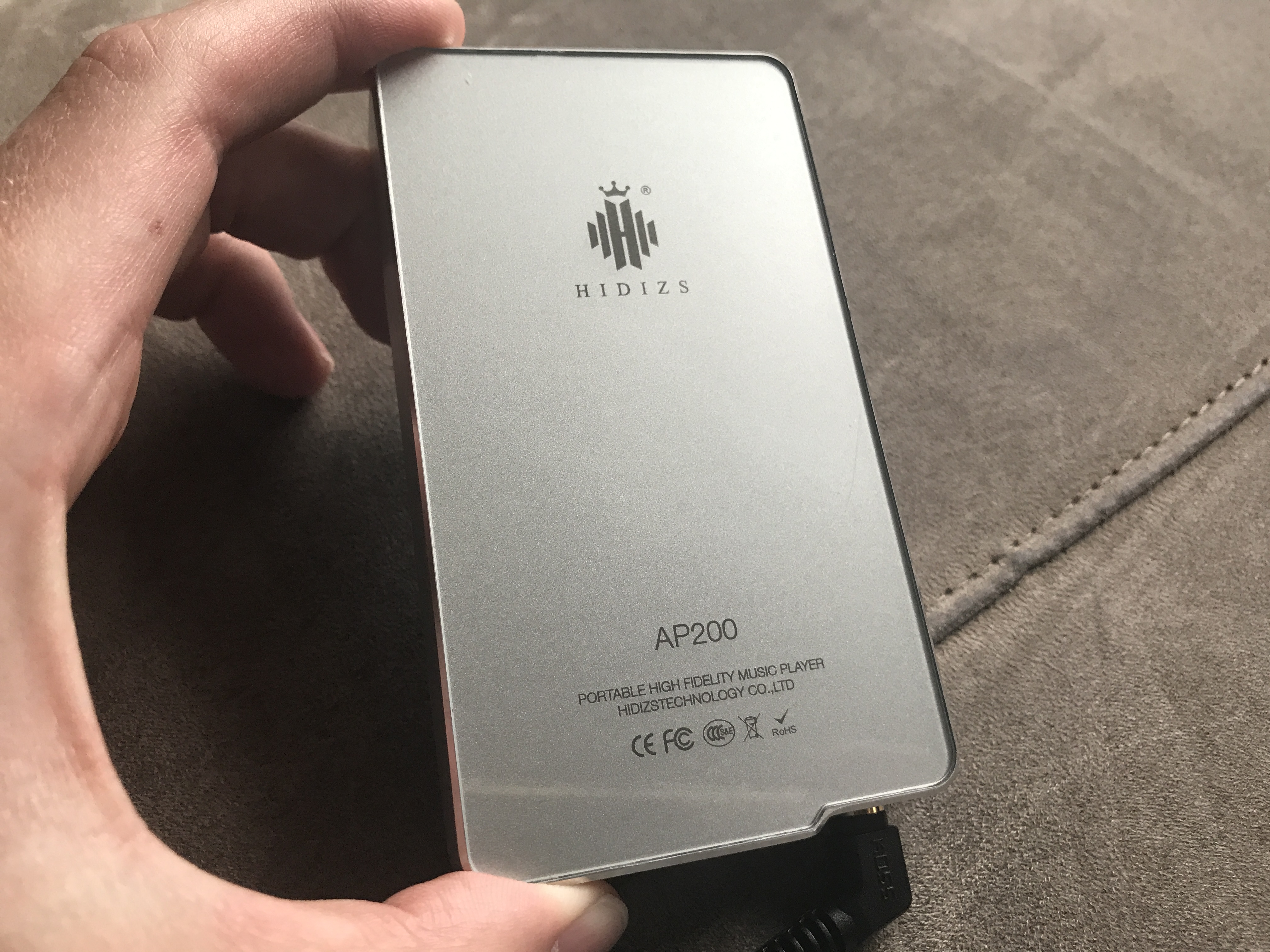 (The back is very smooth but is not slippery.) 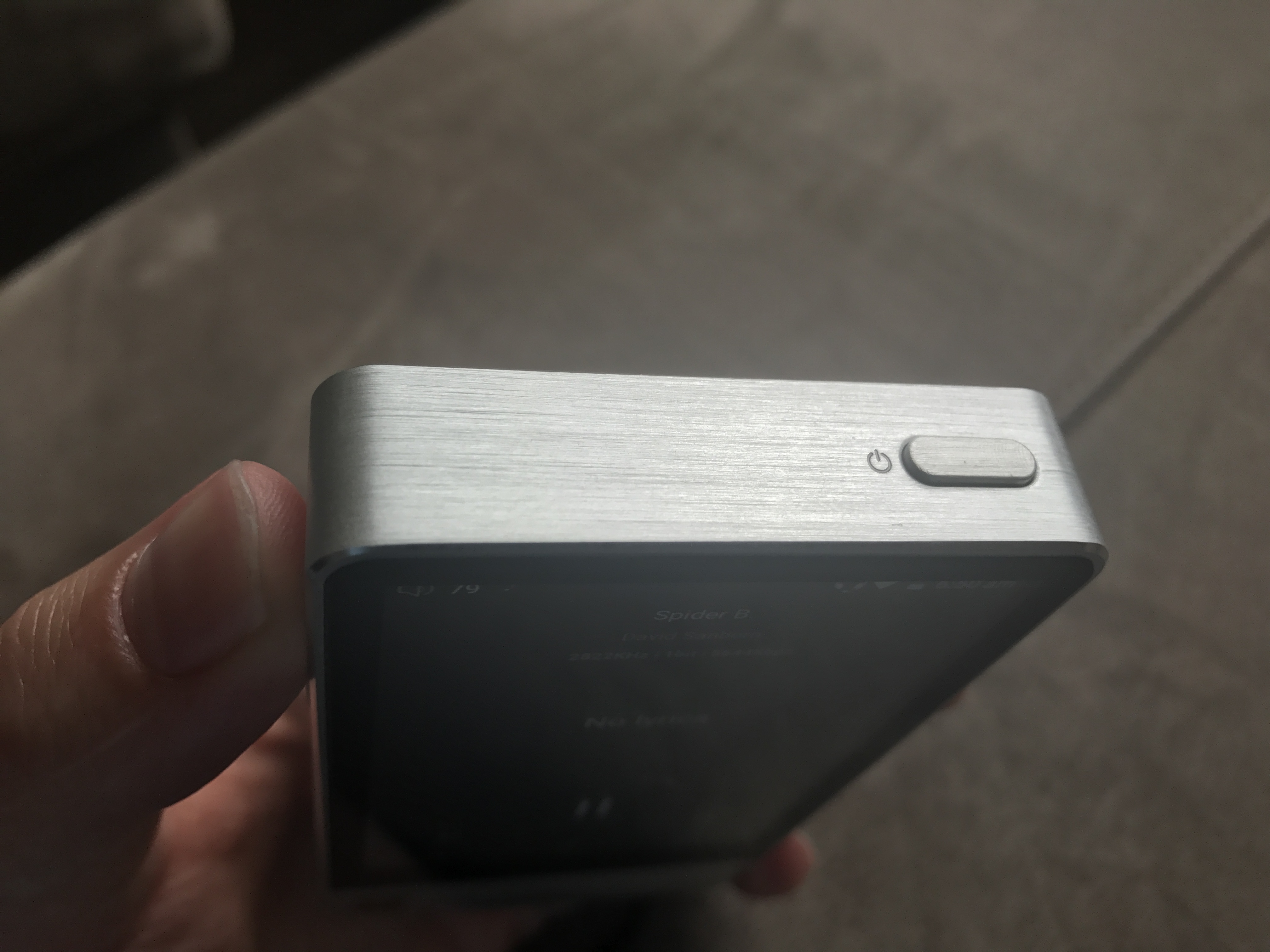 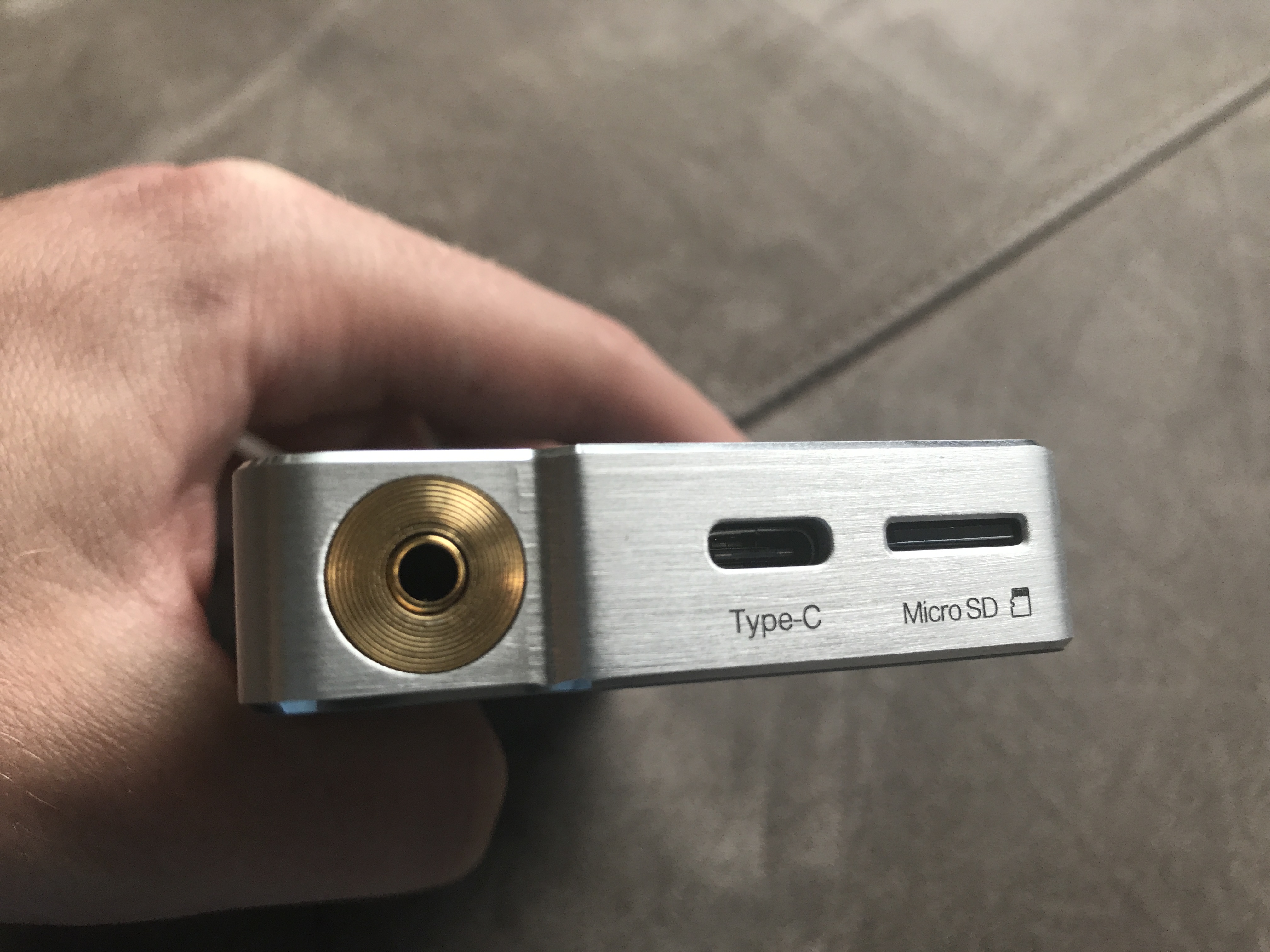 (I love the look of the plug! Type C connection for future proofing an a micro SD slot.)


UI
One of the best features that I am not used to is having android OS on a DAP. It really opens up the door for so many possibilities. I have been using Facebook messenger, Hoopla and Tidal on my AP200. Its awesome because I typically listen to music walking around the house or at work. Sometimes I get a touch of ADD and I need to explore music and being able to jump to a streaming app and look up anything I want is just a luxury. 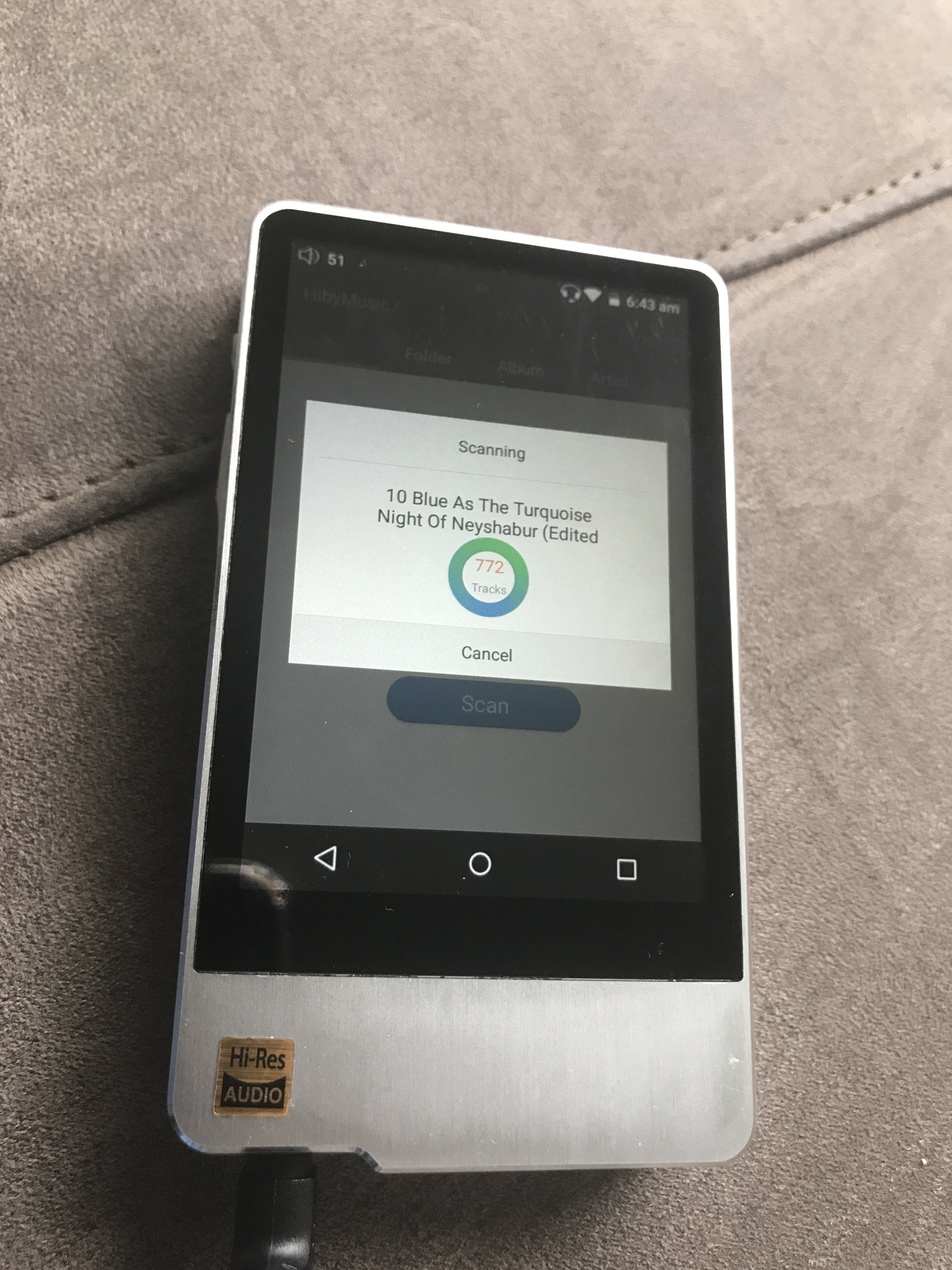 (I have around 5K songs on this 128GB SD card and it took around 4 minutes to find everything. All different file types and lots of album art.) 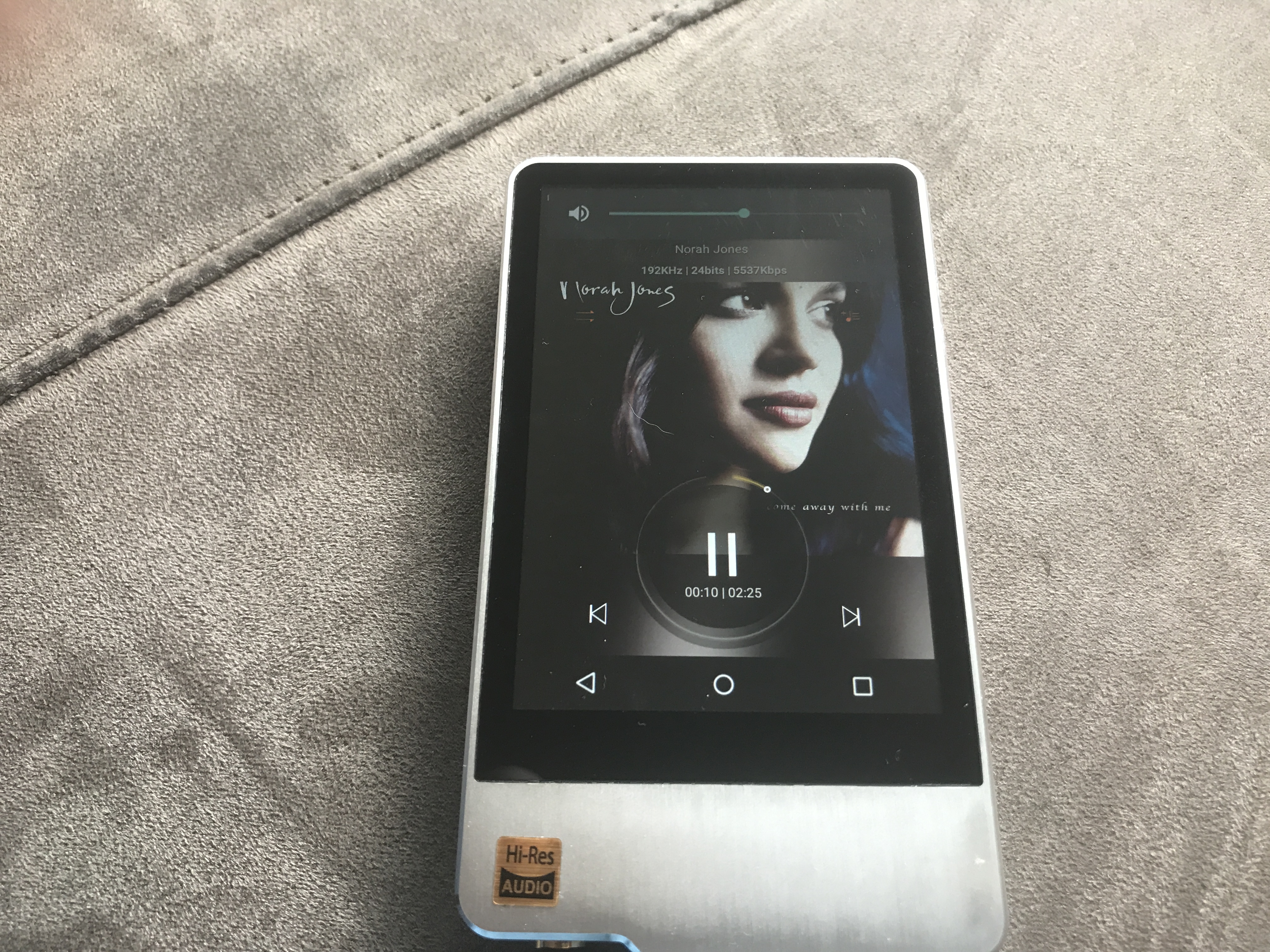 ( what the Hiby player looks like sporting Nora Jones.) 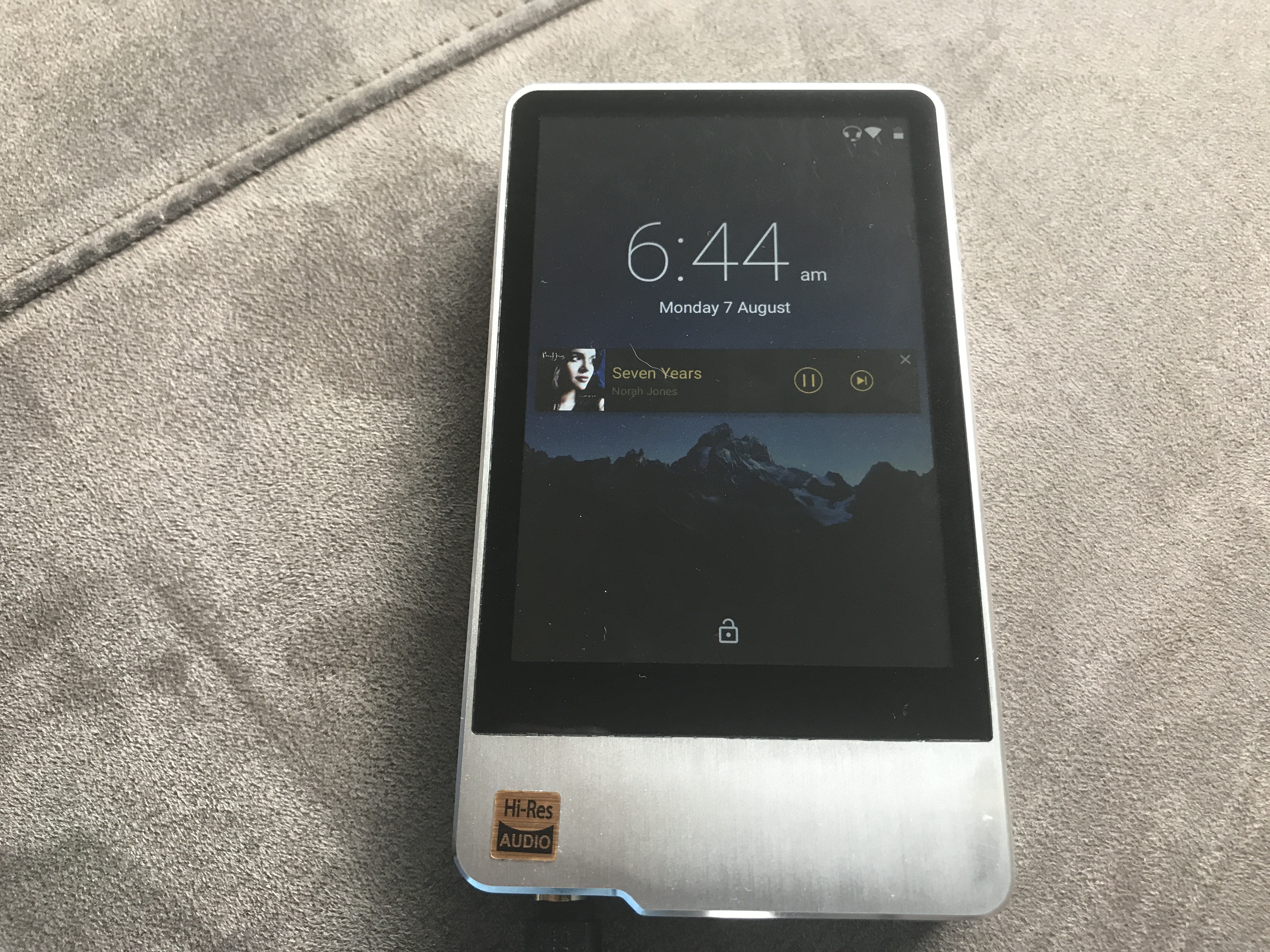 ( You can control the app through the lock screen too.) 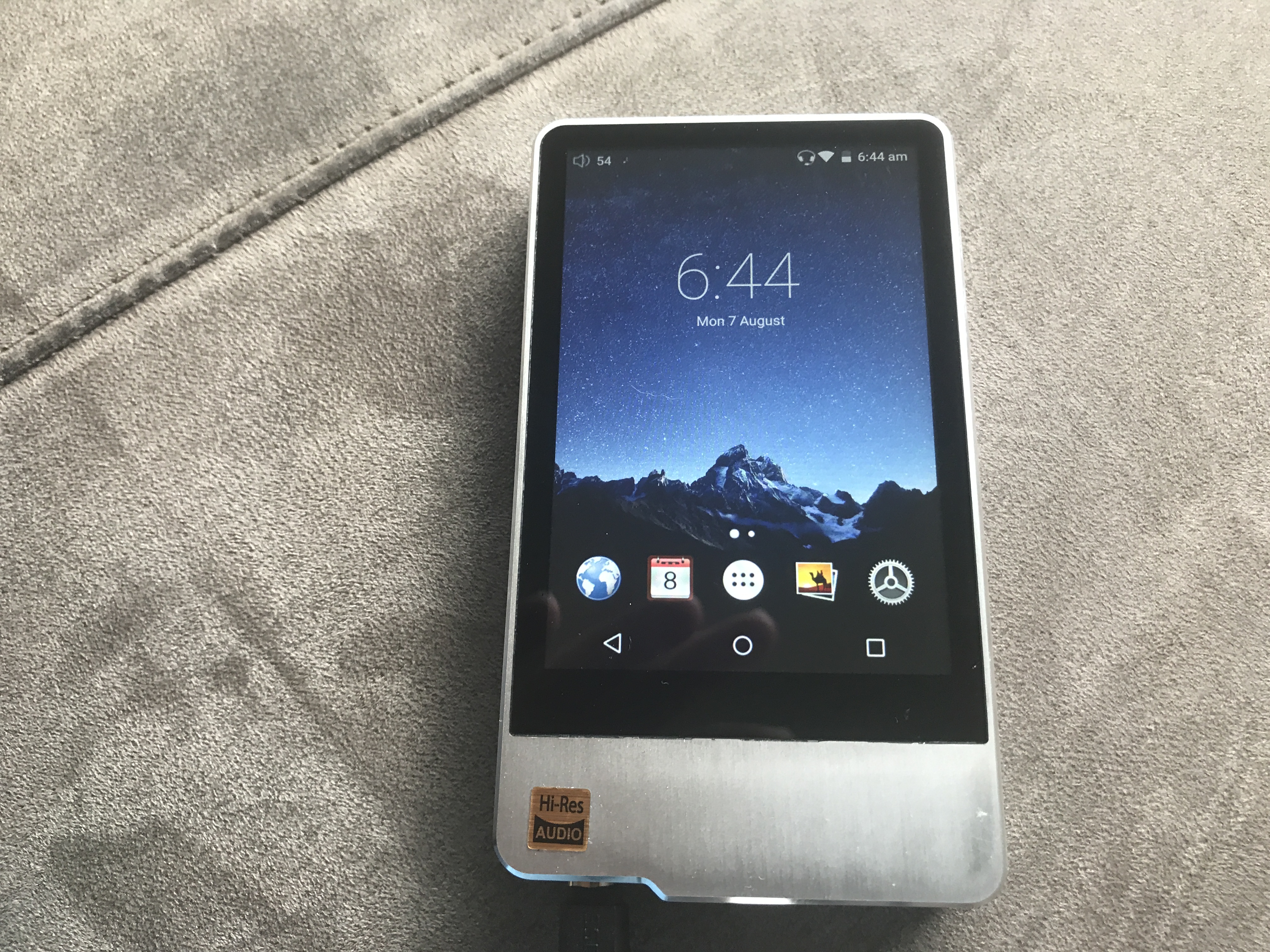 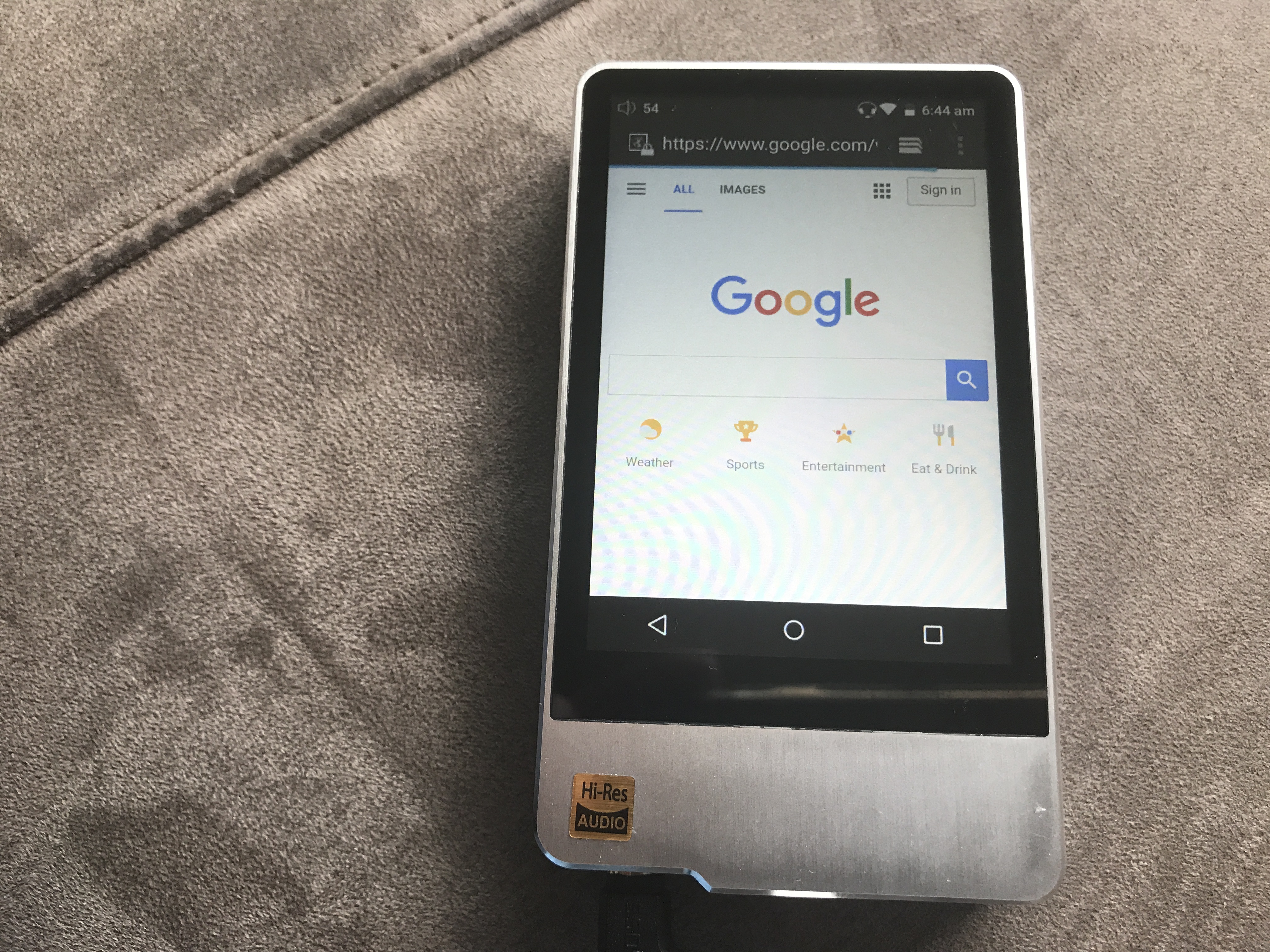 (Its fully functional as online.) 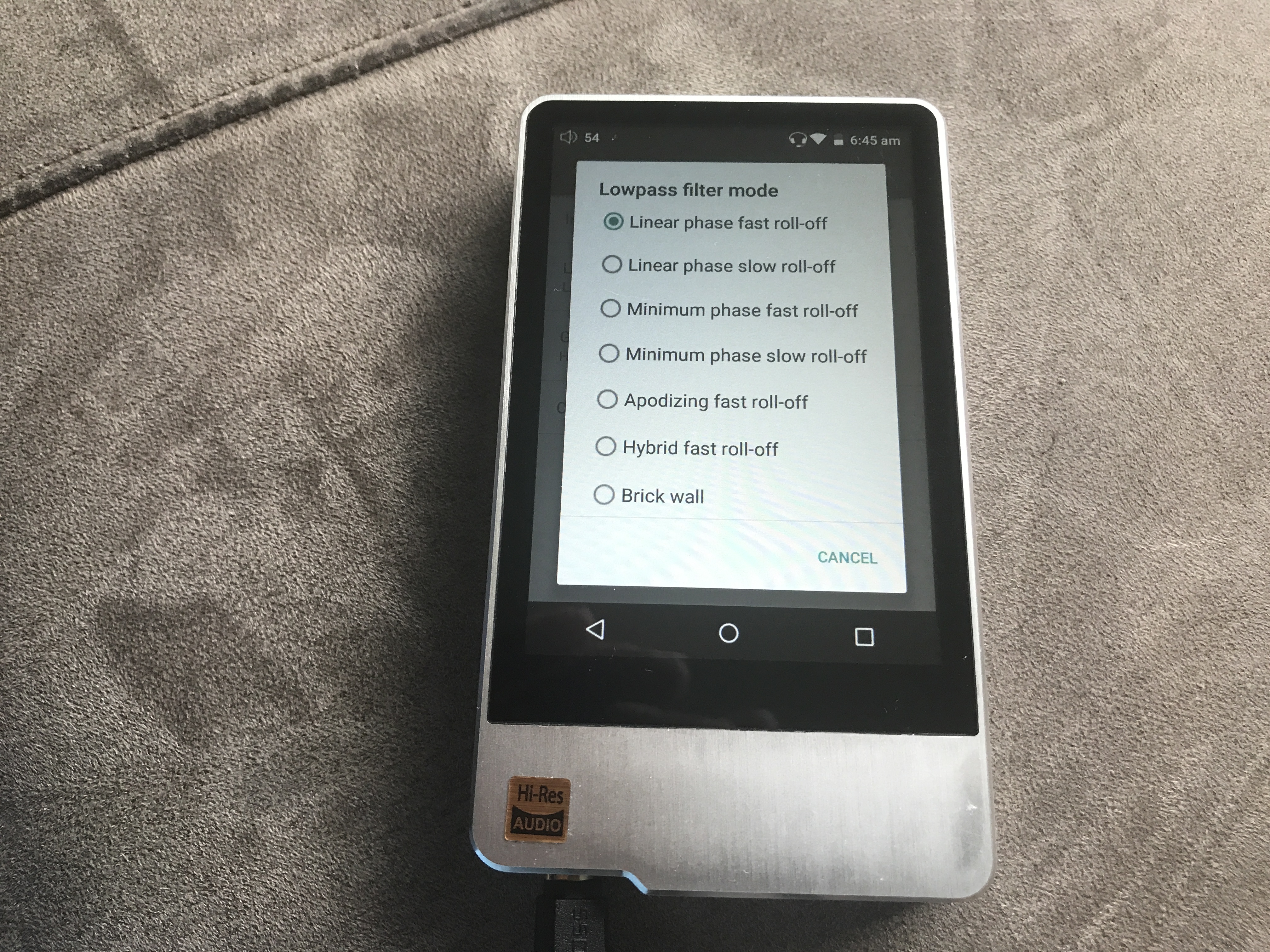 ( In the settings you can choose what DAC filter you want to use. I am all about that slow roll off. 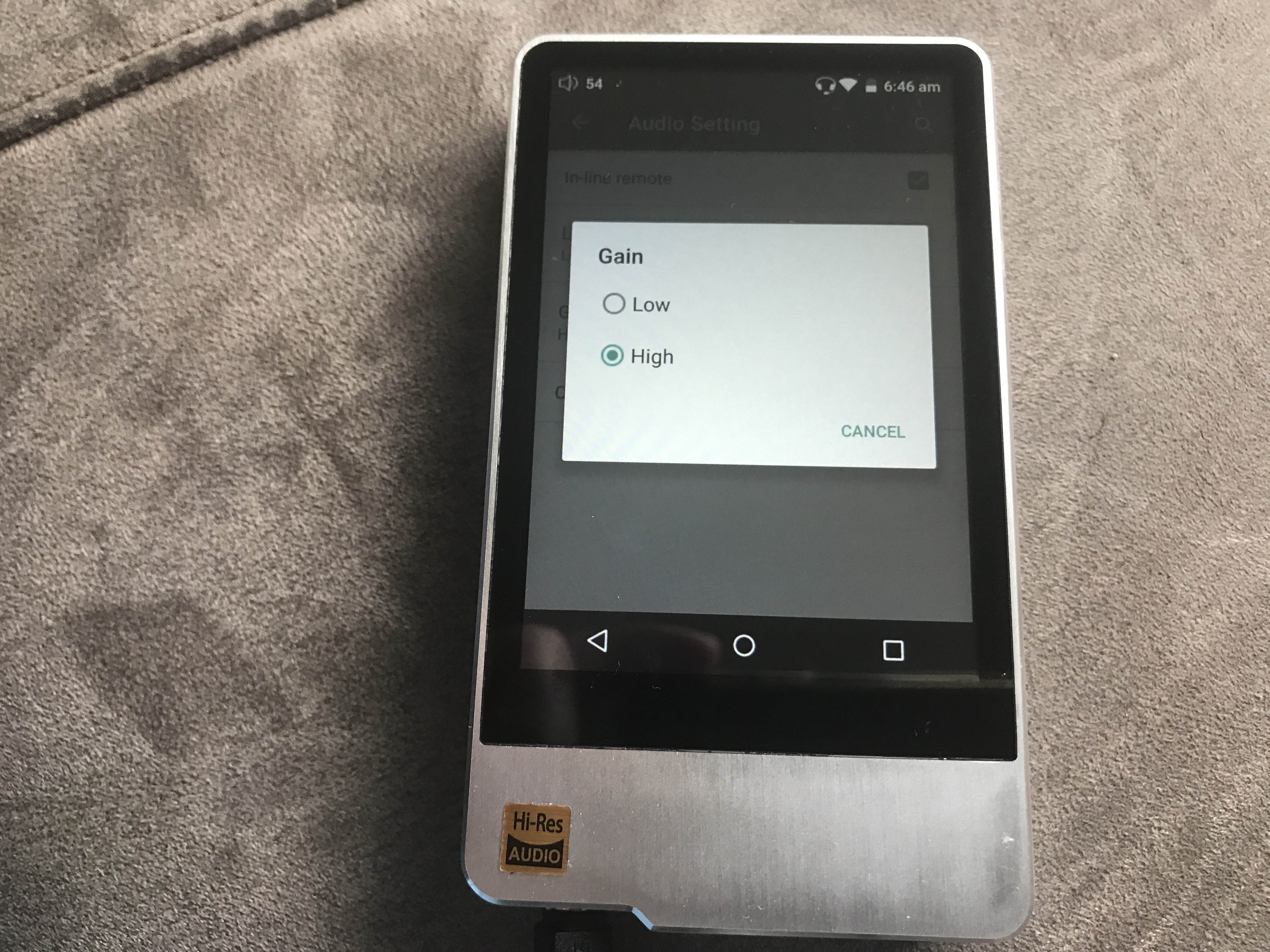 ( You also can choose between gain settings. I keep it in high.) 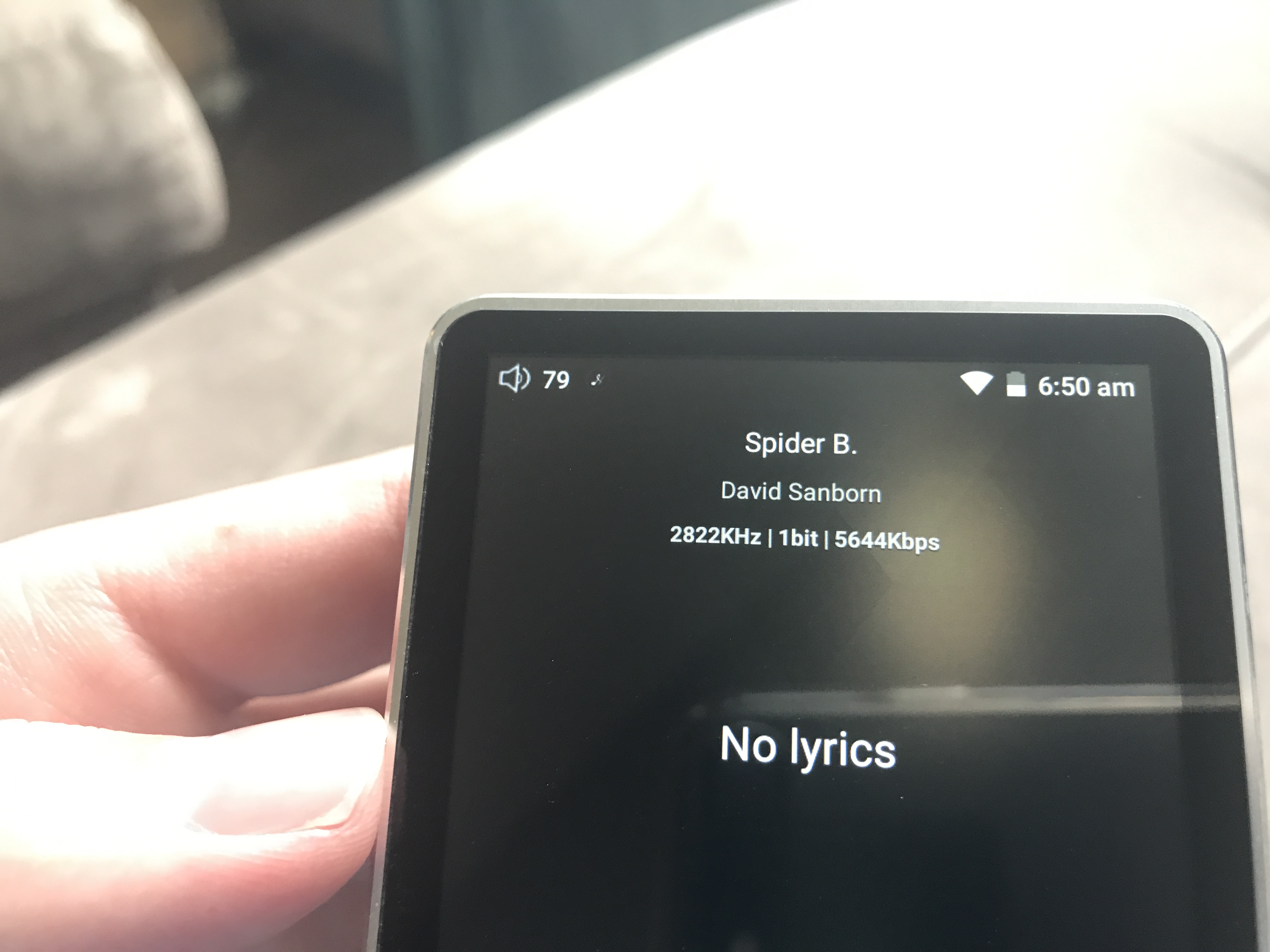 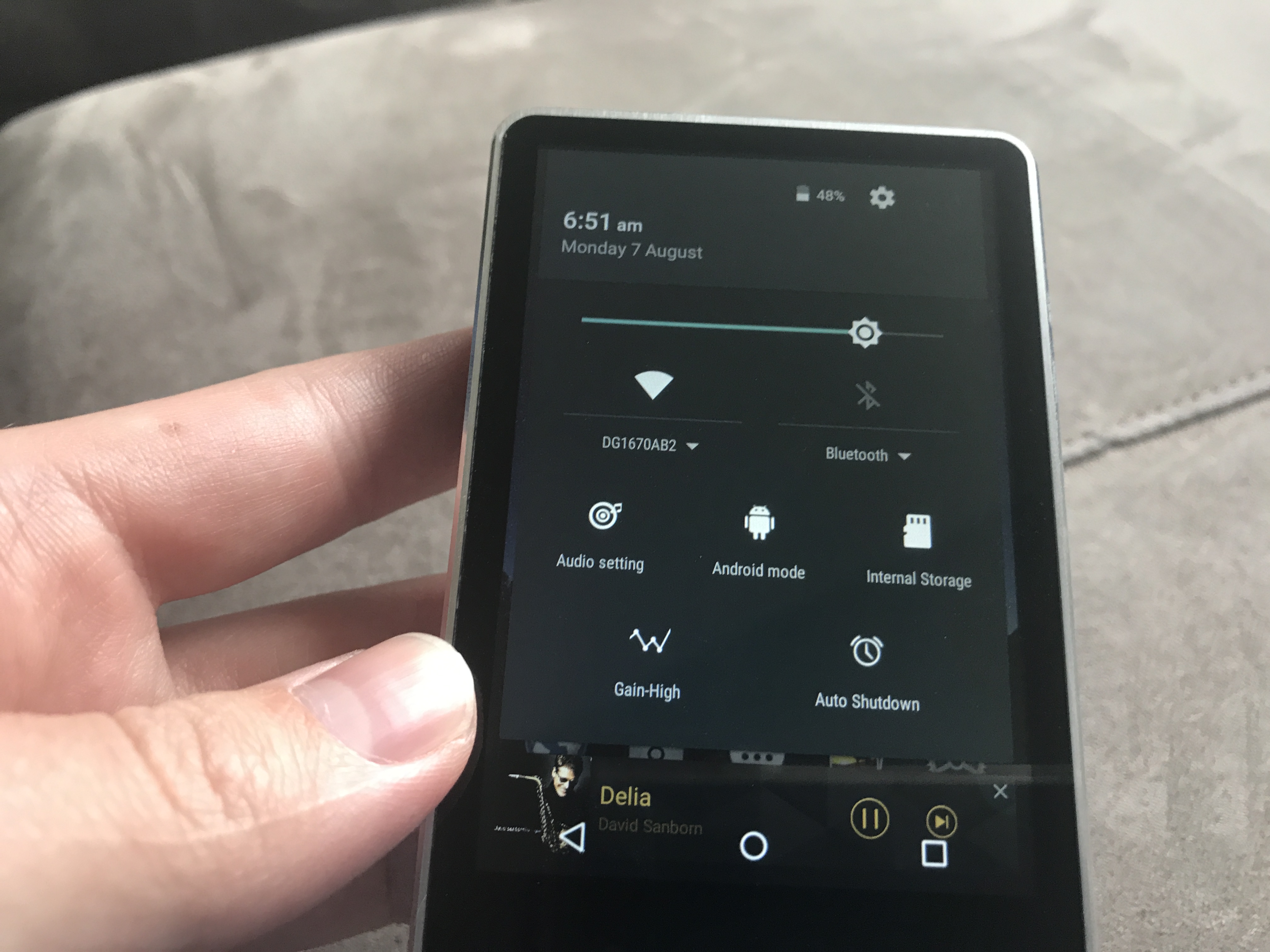 (You Access this menu from pullind down on the top of the screen. You can see how easy that makes it to access everything.) 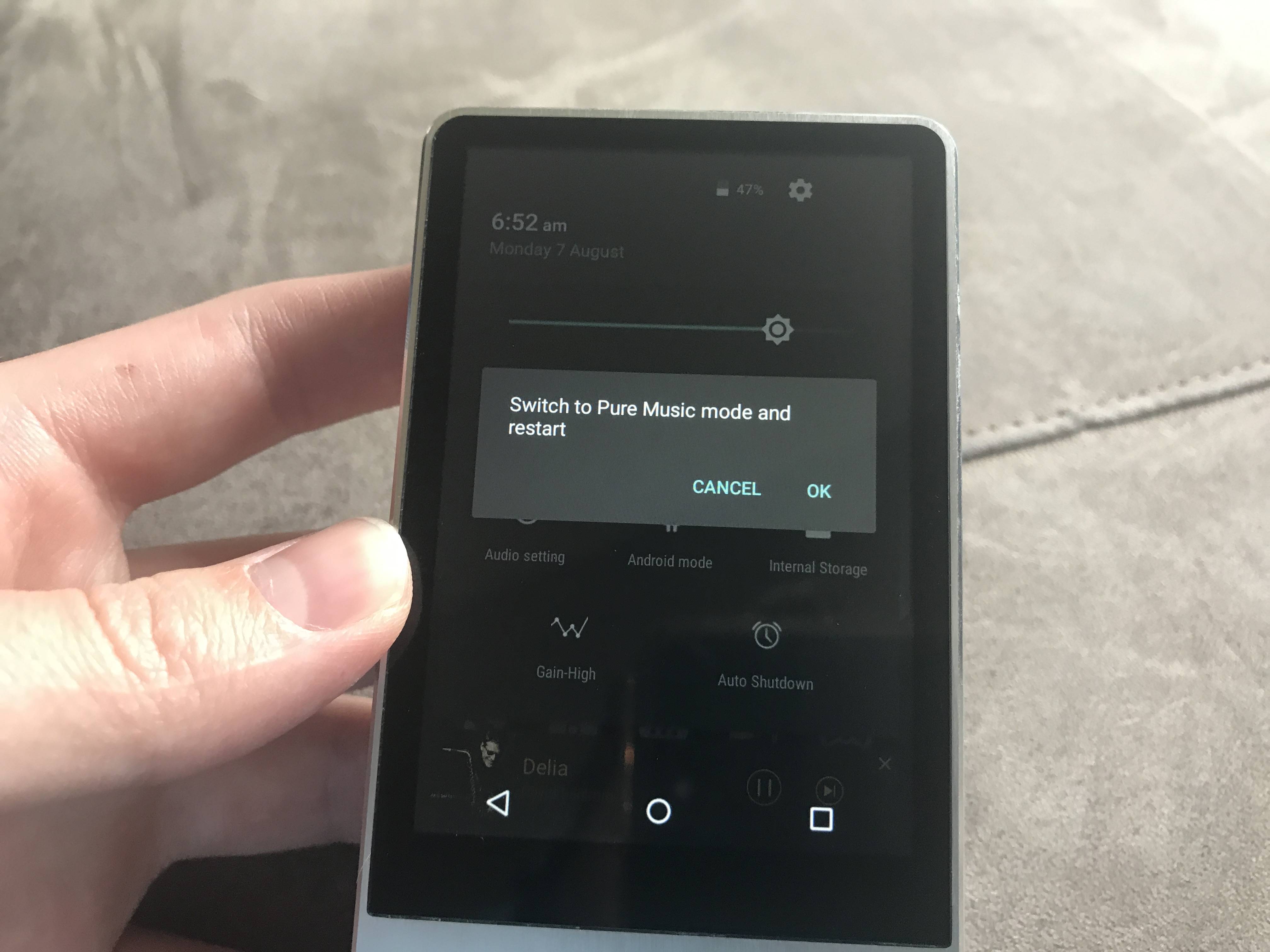 ( Sounds great with and without Pure Music Mode on.) 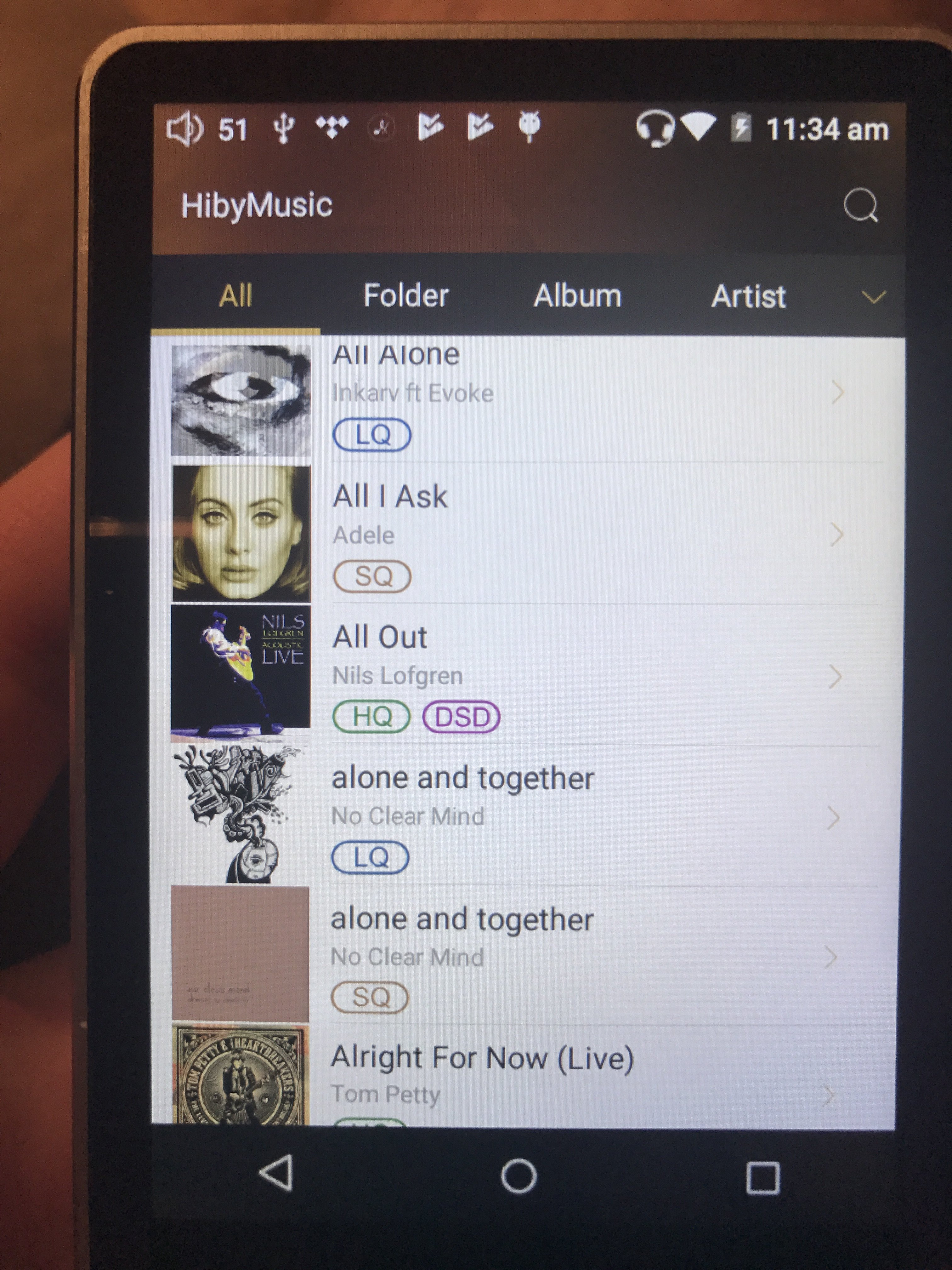 ( What the Hiby Player looks like differentiating file types... i love it.)

Sound quality
The player has dual DAC chips, the sabre 9118 shielded in gold. Right off the bat I was impressed with the sound coming from the player. It has a very natural sound to it where instruments and coherent and imagining feels right. It overall has a more intimate sound to it where there is a touch of warmth. If I was asked to compare it to another player it reminds me a lot of the Aune M2. I love the idea of only carrying around one device that can do everything I need. I typically carry around a lot of gear for different uses but this is the first time I have only needed one DAP. I was readying forms and I heard people were worrying about the Ohm output. I can say that I do not hear any background hiss and it has been able to drive everything I have thrown at it very well.
Reactions: Hidizs Hk, Arh Rao and reeza
Share:
Facebook Twitter Reddit Pinterest Tumblr WhatsApp Email Share Link

I love the device but I got a problem with it seeing SD card when I turn it on, I need take it out and reinsert it in order AP200 would see it, any solution to the problem?

tacit said:
I love the device but I got a problem with it seeing SD card when I turn it on, I need take it out and reinsert it in order AP200 would see it, any solution to the problem?
Click to expand...

have you updated it?