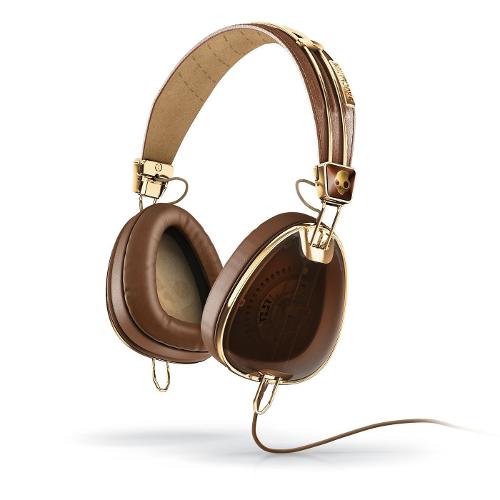 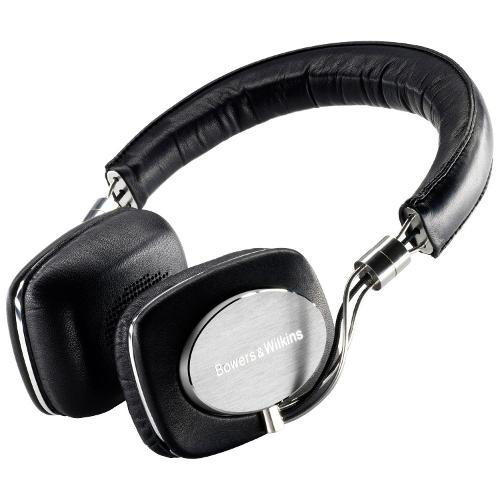 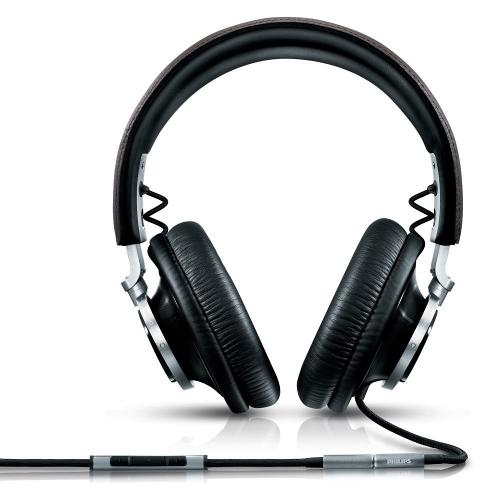 I did a search of a similar thread and it showed a 61 page thread of people posting their favorite-looking headphones... in response to a guy who asked, himself, what the best-looking headphones were. In 2011. And the thread isn't very active anymore. I wanted to make the subject of this thread a little more, heh, subjective.

The idea of this thread is to just post whatever you think is really good looking, and assuming it sounded good and were any comfortable, you'd probably buy based on how it looked. I'll admit some snobbery, as I can't be bothered to buy an ugly headphone that looks like industrial earmuffs or a toy to wear on my head out in public. I like things that look fashionable, stylish, or really, just appeal to adult sensibilities.

That said, you'd probably find it weird that I actually find the Skullcandy Aviator to look very nice. The brown-and-gold theme just looks so beautiful to me. The plain jane black theme isn't bad-looking either, but I really prefer the one pictured above. Unfortunately, having seen a Skullcandy Aviator in person (and demo'ing it!), it looks a little more... plastic, than the picture might lead you to believe. It also feels like something that you probably wouldn't get a very good fit with. But if you can, then I can honestly say... It sounds good. Seriously, I can't believe how good it sounds; not to say it's the greatest thing I've heard, and I'm not sure I'd price it at its MSRP, but any less and I think you'd have a reasonable purchase. And I was one of the people who thought the hype was just because Skullcandy managed to make something that was slightly less awful. After all, if it's your first time tasting ice cream, it's the best thing ever.

Bowers & Wilkins P5 looks really nice, too. I wish I had more of an opportunity to audition it, but it was cut short due to an annoying buzzing noise that ruined the listening experience. Best Buy, get your **** together, seriously. Those two headphones are very nice, and while I think I prefer the look of the P5 more than the Aviator in person (especially if you're holding it; my god, the P5 feels like a genuine luxury item), there's one headphone that I honestly think trumps everything I've seen (at least maybe as far as more "mainstream" cans go) in terms of appearance. No, it's not V-Moda anything (though those look nice, too)...

It's the Philips Fidelio L1. This is - without a doubt - the most beautiful headphone I have ever seen, bar none. In fact, it's so beautiful that I almost wish Philips hadn't discontinued it in favor of the L2, which honestly looks inferior aesthetically (not by an excessive degree, though; and besides, sound matters most of all). While I think I would prefer holding the P5, as there's no point where you feel you're touching plastic, the L1 looks like something that could be in a museum. Between the Fidelio and CitiScape lineup, I don't know how Philips managed to strike such a great median between sound and aesthetics, but they pulled it off extremely well.

Okay, enough gushing about a headphone I've never listened to. It's probably not quite all that and a bag of chips to listen to, and while I don't really have a need for a product in the vein of the Fidelio L1, it's a fantastic-looking device, and the InnerFidelity review of it only tempts me further to grab a pair because "why not?"

Just the most elegant headphones, period.
Click to expand...


I like wood headphones. Such a slew of puns to be made. Also helps that the ones you linked look nice. Honestly, though, my favorite implementation of wood is probably in the Fostex TH900. Although that's not entirely fair since it doesn't actually look like wood, initially (although it is).
Share This Post
post-10590434
Post #4 of 8

Heresy as it might be by most peoples' accounts, I find the Beats Executive to look really nice. Better than the Beats Pro, in my opinion. I can't believe I didn't say that in my OP. The black one is a little bit boring, though. The silver one is pure sex.
Share This Post
post-10590450
Post #5 of 8