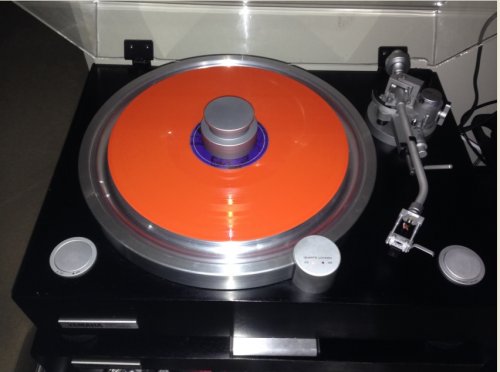 You are using an out of date browser. It may not display this or other websites correctly.
You should upgrade or use an alternative browser.
Vintage turntables vs. New Generation - Good value?

Actually you would have probably liked it..the SME V was mine and my friend is a DJ whom travels all over the world to spin 1200's..just came back from Ibiza (rough life she has), and well, she spins in Scottsdale,SF, and LA mostly at smaller venues which the people are more interested in quality of sound. (think VIP lounge atmosphere), and well..she liked the arm so much she bought it from me. There were many headphones in this mini meet of sorts as well, including 2 R10's, a HE90, 2 L3000's (one balanced), and a K1000..so yeah it was fun. My friend prefers to the use the Tech1200 deck because it reaches maximum speed faster than any other of her TT's (she traded me for my Fatboy years back for her home deck), and so either way, she is into good sound. The arm does make a considerable upgrade and difference on the Technics and to each his/her own regarding house sound signature (<- no pun intended with her a DJ and all

Her DJ monitors I thought you may be interested to know are a HD-25i, and after all the phones she has been through to boot..
VPI | Dynavector | Benchmark | McIntosh | JBL | SVS | AKG | Grado | Sennheiser

Must sound amazing, a hyper analytic experience though perhaps rather than something to chill out to. DJ's get a lot of stick in the Hi-Fi press over here as well for some bizarre reason. This makes no sense to me at all since 12" singles are the only vinyl format which continued to grow throughout the 1990s and if this hadn't kept the pressing plants running then likely as not there wouldn't be any records made today. Certainly it's not down to the odd 500 audiophile pressings of Mary Black or Ellen McEvoy or whatever...

I sometimes think the Hi-Fi industy must be run by a similar kabal of old rockers as the music business for whom music stopped being relevant in the 1980s and so they keep trying to wind back the clock (or pick up young girls with guitars...

Your friend sounds cool, especially making it at that level in such a male dominated business. There are loads of small enthusiast engineering companies over here like Isonoe who are responsible for tweaking up the sound systems at big clubs in London (England), like Ministry and Fabric. Not to mention DJ's and like Lemon D and Dillinga with their Valve (tube) Soundsystem.

Sennheiser HD25's ? I use them for work myself as do many people in the music, broadcasting and film business. They sound great in every environment, are relatively sensitive and practically indestructible. I've had a pair for 15 years and there probably isn't a single part which hasn't been replace at least once.

How much would a working TD 125mkII be worth?

The troubles with these vintage tables are at least threefold.

One:  the tonearm arm bearings. Anybody in the know has seen and knows the bearings are completely corroded. The old petroleum grease that was in use back then will attack all metals. If cleaned and the greased changed regularly they had a small chance to survive but few did the work. Also metal to metal interaction creates pitting and this corrosion ruins bearings.

Two:  the rubber and plastic do not age well. Rubber disintegrates and plastic becomes inelastic. Brittle unbendable, fragile and breaks from the slightest pressures.

It’s an obsolete wonder anyone buyers these things, of course the world has its share of dreamers! (being kind here.)

marly421 said:
The troubles with these vintage tables are at least threefold.

One:  the tonearm arm bearings. Anybody in the know has seen and knows the bearings are completely corroded. The old petroleum grease that was in use back then will attack all metals. If cleaned and the greased changed regularly they had a small chance to survive but few did the work. Also metal to metal interaction creates pitting and this corrosion ruins bearings.

Two:  the rubber and plastic do not age well. Rubber disintegrates and plastic becomes inelastic. Brittle unbendable, fragile and breaks from the slightest pressures.

It’s an obsolete wonder anyone buyers these things, of course the world has its share of dreamers! (being kind here.)
Click to expand...

Simples.The best vintage turntables like the Garrards and Thorens for instance are motorboards. The arm is a separate consideration. While I'd agree with you that it's often simplest just to fit a good modern arm like a Rega RB250 which outperforms the vast majority of arms made before 1980, this is probably the biggest single area where vinyl replay has moved on. But no a huge amount has happened since the 1980s even there. The SME V which is often regarded as the best tonearm available dates from this time as well.
But it is possible to have vintage tonearms serviced as well, and brought upto more modern standards. It's a specialist job though to be sure.

Two: Materials.
One of the joys of vintage turntables is that they didn't really use much rubber and plastic. The idler tyre on the aforementioned TD124/301/401 decks requires rebuilding. This costs as little as 30USD. Belts on belt drive turntables need replacing on average every 2-5 years regardless of age.
Materials have moved on but not always for the better, and there were turntable makers like Transcriptors  /  Mitchell  / Sony / Kenwood / Technics  to name a few using very experimental materials going back to the 1960s. Acrylics, composite plastics etc. This is not always a good thing. Experiemental Have you ever seen a film called The Man In The White Suit?


Three :Corrosion
Hey now now. If a turntable has been looked after then corrosion isn't so much of an issue. Even it's been left to rot in a garage it can generally be restored, although again this needs specific skills. At least you know where you are with an idler drive turntable made of steel and wood though. These materials are tried and tested over hundreds of years. Plastics don't age nearly so well.  Nothing dates so fast as the future as the saying goes....


Whether vintage sounds better than modern is too broad of a generalisation. There is very little modern about most turntable designs anyway as nobody has really thrown serious money at R&D since the Japanese in the late 1970s which of course spurred the rest of the world to up it's game or go to the wall as it did in cars for instance.
So most designs are at least 30 years old. Is that modern? A lot of it comes down to how much skill has gone into maintaining or restoring a vintage deck (how old is vintage?) , but one of the reasons why turntables like the Thorens TD124 or Garrard 301 command such high prices is that nobody makes idler drives any more and they sound completely different to belt drives or direct drives. Once you've heard a good idler drive you will always be conscious of a lack of absolute solidity in the vast majority of decks based on other drive systems.
I have a Lenco 75 and it does sound different, more solid in the bass than any of my direct drives ( Sony Biotracer / Vestax ) or belt drives ( Bang and Olufsen, Thorens, Logic, Sony).
So I would imagine the same is true of a Scout. It's a belt drive with a unipivot arm. It's never going to equal the base slam of any well set up Idler drive, but it will walk all over them in other respects. Horses for courses... 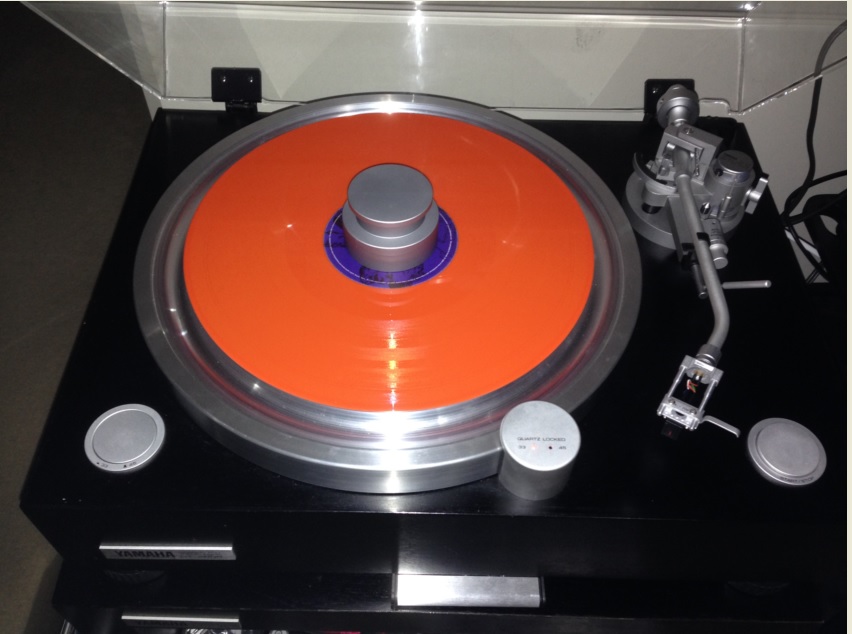 I own the Japan only Yamaha GT-2000 turntable and installed the auto lifter optional accessory.
GT = Gigantic & Tremendous. I would say in terms of it's ability it's the most affordable way to get an extreme performing Direct Drive quality turntable with a few optional extras.

It certainly is a fantastically made turntable. In order to get excellent sound I recommend the following:
Buy an aftermarket YOP-1 power supply from Japan (Yahoo Japan or similar). These are quite easy to obtain in Japan because the GT-2000 is an extremely popular turntable.
Isolate the turntable (this will improve any turntable). If possible use a K-minus or similar.
A decent MM or MC cart
Some have said for Yamaha to make this turntable now it would cost around $30,000 (probably an exaggeration but lightly $10,000 would be price of admission should Yamaha consider resurrecting this super-deck). Many reckon it would be in the same ball park as the old Japanese super decks E.g. Pioneer P3, Denon DP-100, Technics SP10 MK2 & MK3 etc.