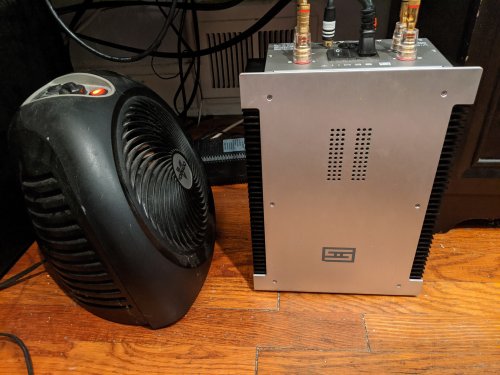 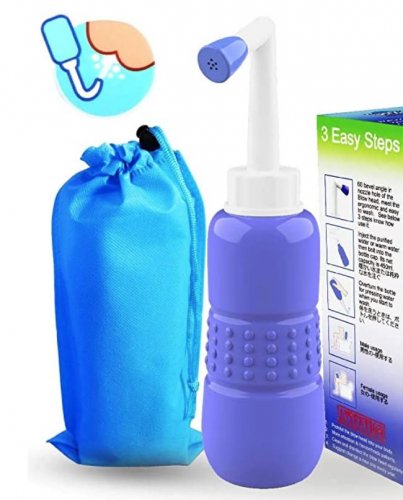 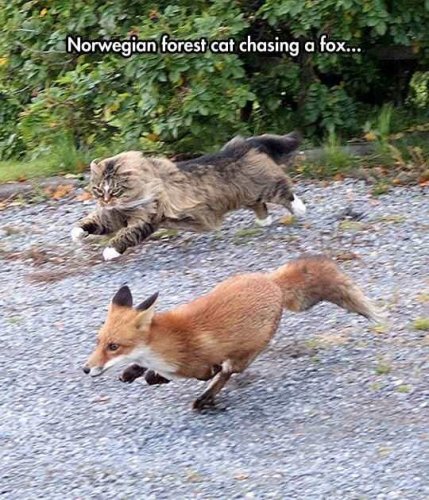 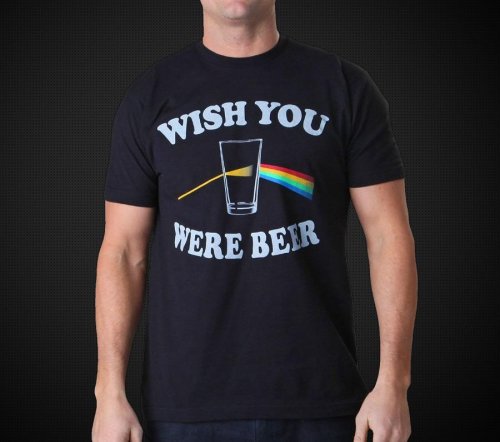 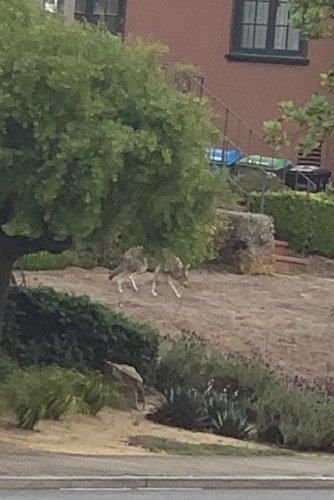 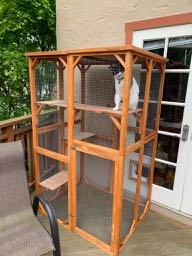 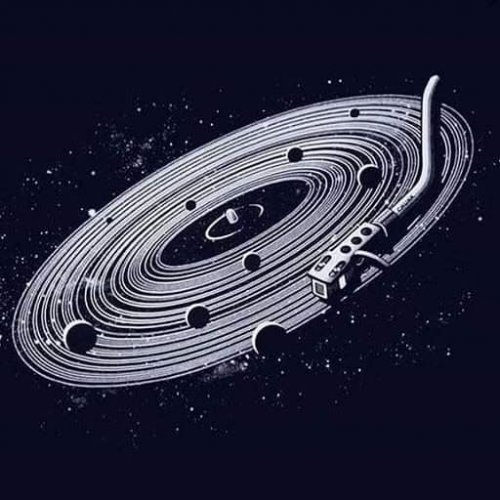 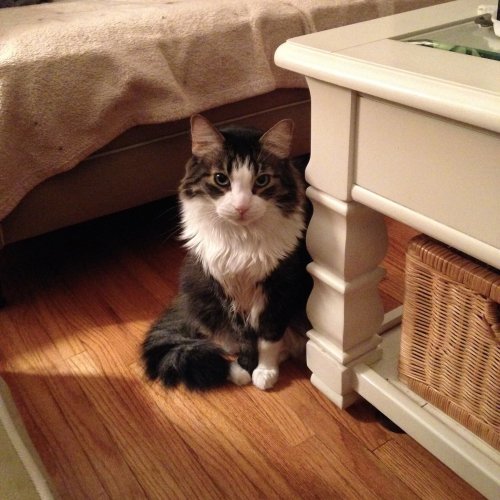 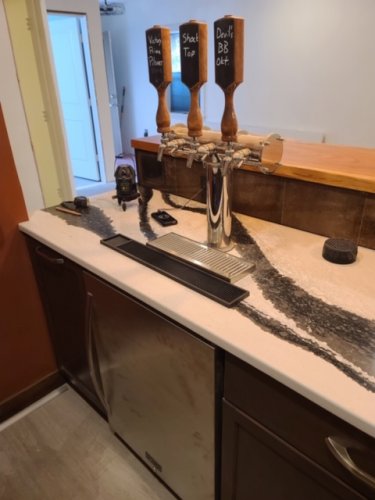 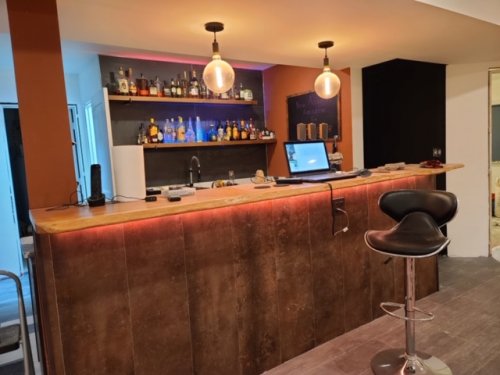 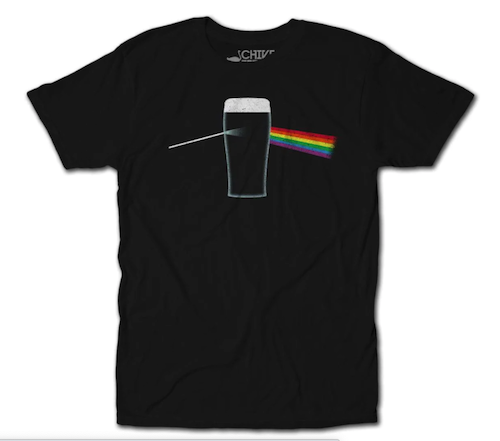 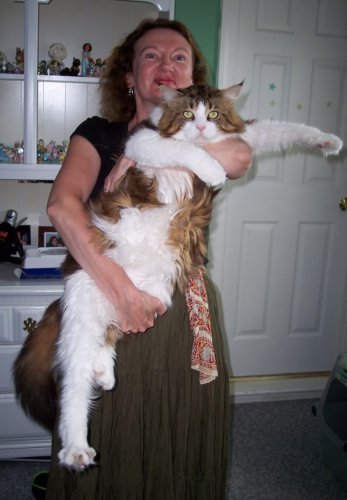 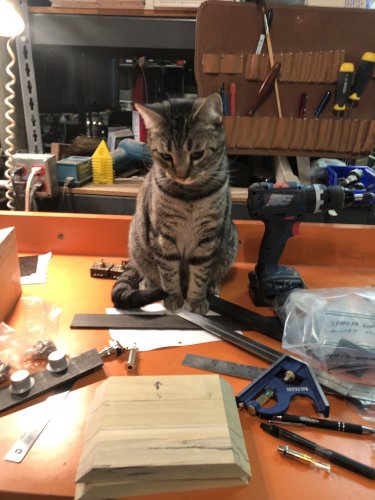 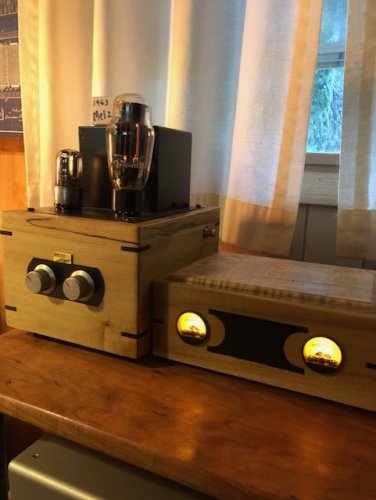 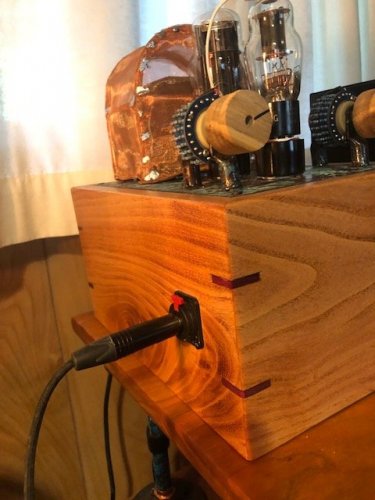 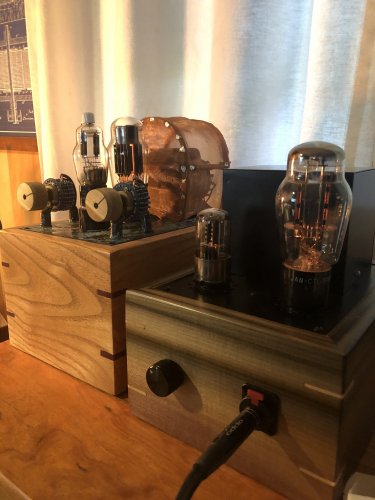 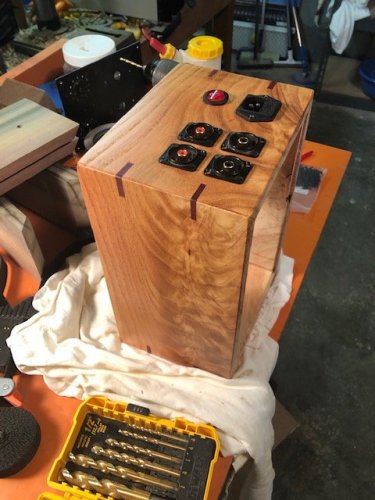 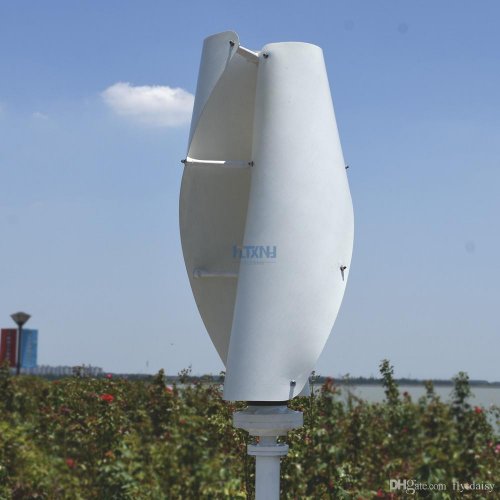 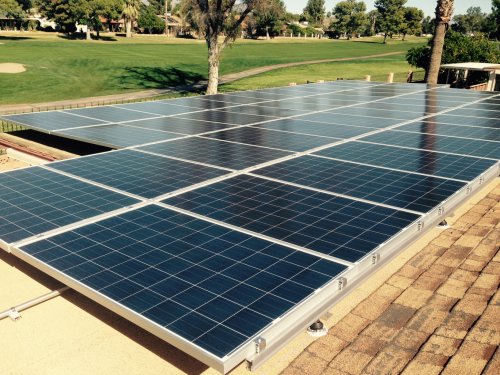 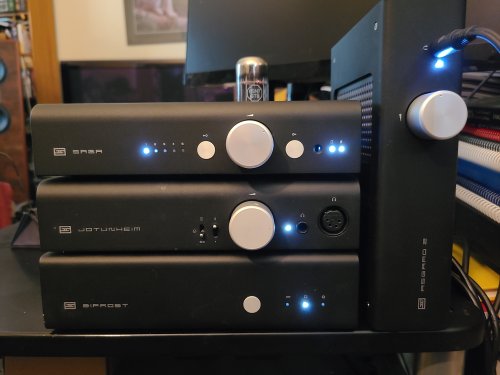 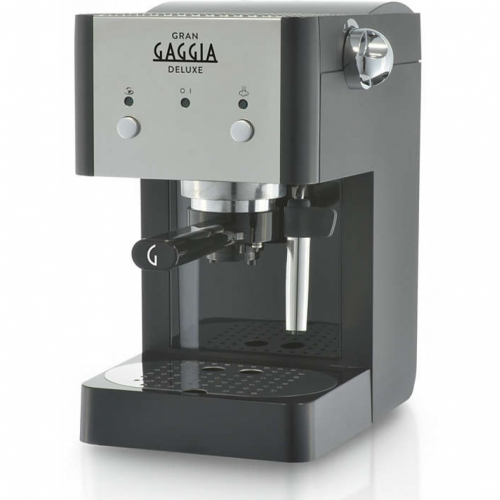 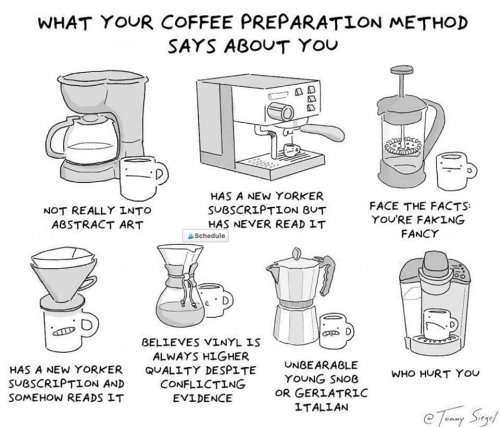 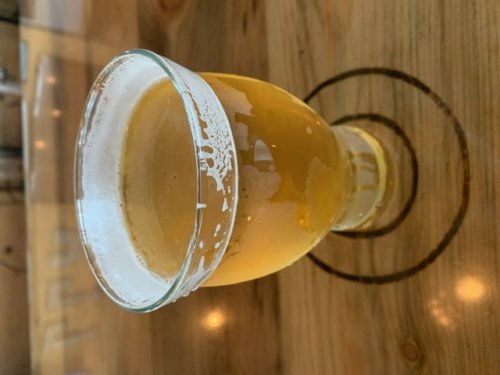 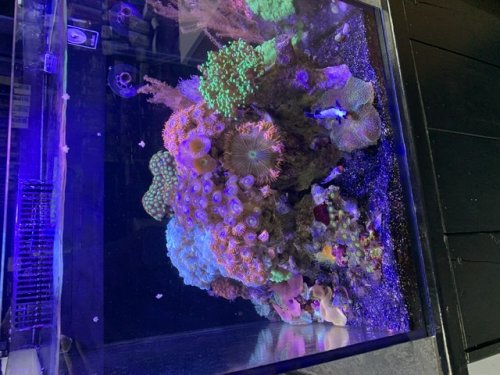 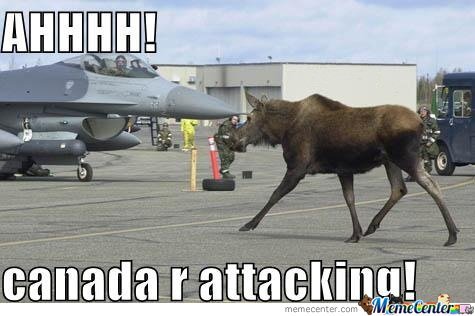 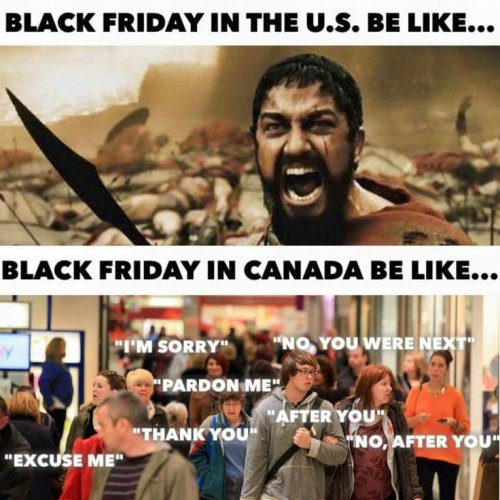 Ripper2860 said:
All I'm asking for is the CD Transport.
Click to expand...

A Jedi said:
I gave up on that and bought something else. The ONLY thing I want now is mono super Aegir - aka Maegirious Maximus.
Click to expand...

As I mentioned on the dedicated Modius thread, the Modius has put the Jotunheim back on the map for me. I'm glad I didn't sell it after buying the also outstanding Lyr 3.

Pete Schiller said:
What are you trying to drive? I'm running mono Aegir amps into 88dB 6 ohm speakers. Even running with my Freya in passive mode, I can't get near maximum volume before the volume gets painful.
Click to expand...

Pete Schiller said:
My USPS carrier refuses to leave packages on my porch, even prior to COVID-19, and I've come home multiple times to soaking wet packages sitting in the middle of my driveway. Yes, I've complained, numerous times and at escalating levels. Apparently USPS union employees are untouchable. I'm sure that for every douchebag carrier like mine, there are 99 good ones, but I avoid using USPS because of it. YMMV
Click to expand...

I've lived in 3 cities in the past 6 years. All the USPS carriers have brought packages to the front door and rung the door bell before leaving the package. 100% of the time. One brought a package marked "live fish" to the house 7 hours before the normal daily delivery time.

I even have had excellent service whenever I go to an actual post office. Last time I went (edit: Sunrise, FL), I was wandering around, and one of the USPS ladies shouted out at me "Can I help you ... what are you looking for?" Me: "the IRS 1040 instruction booklet." Her: "They're at the Public Library ... do you know where that is?" (I did.) I was in-and-out in less than 30 seconds.

yonson said:
That will also play music from thumb/hard drives!
Click to expand...

MtnMan307 said:
As I mentioned on the dedicated Modius thread, the Modius has put the Jotunheim back on the map for me. I'm glad I didn't sell it after buying the also outstanding Lyr 3.

Balanced out of the Modius to the Jot to its XLR output is a pretty awesome combo. At least with my 650 and Aeolus.
Click to expand...

Just picked up a SYS and have assembled quite a swiss army knife desktop Schiit setup:

I have the BF2 connected to the Jot via both balanced and SE in parallel, with the SYS and Loki in the SE chain. The Jot's pre-out feeds a pair of active bookshelf speakers (with their own Bluetooth input).

The SYS's second input is a 3.5mm to RCA cable, which allows me to run the output of DAPs and portable DACs (Chord Mojo, AQ DF Red/Cobalt) through the Loki to the Jot.

As an example, using my phone, I can play the same track:

- using the phone as a Roon remote to play from Roon library via USB to BF2 to Jot
- by casting via Roon or Qobuz to Google Chromecast via optical input of BF2
- via Bluetooth directly to the bluetooth input of the active speakers
- wired via lightning to 3.5mm dongle or an attached portable DAC (Lightning to USB) -> 3.5mm into SYS

This Schiit is fun.

tincanear said:
If Jot-R is $799, then nexus variant should be doable for same or less $$$ to drive planars & dymanics in same basic mid-sized package.
Click to expand...

Ripper2860 said:
All I'm asking for is the CD Transport.
Click to expand...

valiant66 said:
Eh... then it would need a built in DAC and would no longer be a transport.
.
Click to expand...

valiant66 said:
Eh... then it would need a built in DAC and would no longer be a transport.
.
Click to expand...

Eh? As the previous poster states, all it needs to do is convert the incoming file format to the default output format (a USB stream). That can be done in software and doesn’t need a DAC.
Last edited: Jun 9, 2020
Share This Post
Reactions: tincanear and Les Strat
post-15666327
Post #60,270 of 62,800

Ripper2860 said:
My suggestion for the new amp's name is MAGNUM XL.

Don't go changing the libation discussion from scotch and beer to champagne.


JoeWhip said:
Boy, you guys aren’t asking enough of Jason, are you?