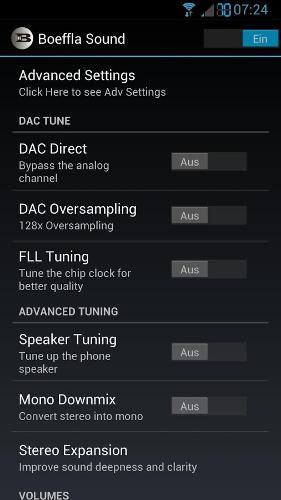 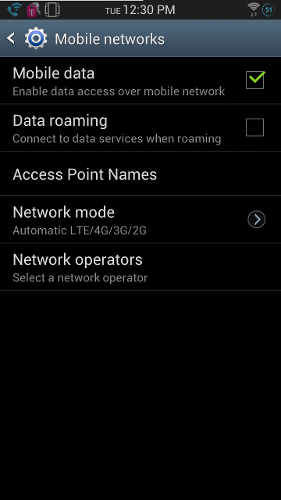 Everyone rejoice, looks like they're using the same Wolfson chip from the SIII!

Awesome! Looks like I am gonna replace my iPhone 4 with a Note II rather than an iPhone 5

mrksgrn said:
Everyone rejoice, looks like they're using the same Wolfson chip from the SIII!


Er, we've known this for quite some time now

What we do know now almost for sure is that output impedance of the Note 2 is going to be lower than iPhone 5 (Which was just measured at 3.27).

I think that it's the first time ever that the output impedance of a non Apple flagship is lower.

Note: i'm almost certain that Note 2 z will be 2 or lower because of the graph posted at gsmarena. Doing the math i'd say Note 2 will be around just 2 ohms. And the math did not fail me with iPhone 5

nztechfreak said:
Er, we've known this for quite some time now

But will the US version have it? O_o
I must know! Otherwise, I will just wait for the Galaxy S4.

I have been listening to the Note 2 quite a lot since purchasing last w/e. Definitely better sounding than the S3 and original Note.

Pretty detailed, spacious and punchy sounding. Listening with W4 and the SE535ltd both with silver/gold hybrid cables. I have an international version and volume is plenty enough for me at 10/15 being too loud. I am also happy with the stock player, just need to flatten the eq.

spkrs01 said:
I have been listening to the Note 2 quite a lot since purchasing last w/e. Definitely better sounding than the S3 and original Note.

Pretty detailed, spacious and punchy sounding. Listening with W4 and the SE535ltd both with silver/gold hybrid cables. I have an international version and volume is plenty enough for me at 10/15 being too loud. I am also happy with the stock player, just need to flatten the eq.

I've been offered one in exchange for my 4s.

How bad is the typical Android hiss with the SE535?

elfary said:
I've been offered one in exchange for my 4s.
How bad is the typical Android hiss with the SE535?
Thanks
You do not really understand something unless you can explain it to your grandmother
Click to expand...

I usually listen in the streets so if there is hiss, it isn't really noticeable with the usual noise pollution here in Hong Kong. However, this morning I listened at home and I do not detect hiss. I hear a soft click about 1-2 seconds after you stop play and that was about it.

Quick confirmation that as expected the HeadAmp Pico works with the Note 2 via a powered USB hub as it does with the International S3 (but not without, just like the Int S3). Too cumbersome for me to want to use it as a portable rig, but does build the picture that the Note 2 USB audio behaviour is the same as the Int S3.
Headphones: Abyss Phi TC, Focal Utopia, HE-6, FAD Pandora Hope VI, Sennheiser Momentum 3, Sony WH-1000XM3
DAC/amps: Questyle CAS192D, Questyle CMA800R monoblocks
Sources: PC 9900k/RTX 2080Ti, whatever Android phone currently has my attention
Speakers: JBL LSR305P MKII
Guitar rig: Variax Shuriken, Helix-LT
Share This Post
Reactions: DanBa
post-8777791
Post #40 of 471

Is the Note II a good stand-alone music player?

I'm currently using a Fuze with Rockbox and Meelec M11+ in-ears. I was looking to replace my Fuze with a Clip Zip, as my Fuze is beginning to show it's age.
But I'm also in the market for a new smartphone. Would the Note II be a worthy contender for a Fuze or Clip Zip without the use of an amp?
Source: Huawei Nexus 6P
Earphones: SoundMAGIC PL50 (broken housing), MEElectronics M11+ (broken cable), SHURE SE215 >>> looking for upgrade
Share This Post
post-8777927
Post #42 of 471

lentus said:
My Leckerton UHA-6S.MKII works via USB OTB with my Note 2 as an external DAC/Amp.
Click to expand...

lentus said:
My Leckerton UHA-6S.MKII works via USB OTB with my Note 2 as an external DAC/Amp.
Click to expand...

How does it sound? I also have a uha-6s mkii and plan on using with a galaxy note 2 in the near future.
Click to expand...

Sounds incredible to me. And for some reason I prefer to use the Note 2 DAC rather than bother with USB OTG cables and use the built in Leckerton DAC.

lentus said:
Sounds incredible to me. And for some reason I prefer to use the Note 2 DAC rather than bother with USB OTG cables and use the built in Leckerton DAC.
Wysyłane z mojego GT-N7100 za pomocą Tapatalk 2
Click to expand...


Not that strange, the DAC implementation in the Note 2 is better than in the S3 - it only really needs higher volume output.

Anyways, I posted some thoughts to Elfary who had a specific enquiry about the Note 2 sound quality, thought I might as well share them here:

"So, what we did yesterday was a blind, volume matched A/B test of the iPhone 4 Vs Note 2 (followed by informal listening including with the S3). The person switching phones was able to switch A&B randomly.

When measuring volume output we had the S3 maxed, the Note was within 1dB (best equipment at our disposal would allow) of the S3 at one step down from max volume, the iPhone was three down from max (and measured ~18dB higher max volume output over the S3!). Then we had a number of test tracks - 46&2 by Tool (the intro is a master class in splash cymbals and an excellent test of imaging, good for looking at mids presentation and attack in the guitars too), Teardrop by Massive Attack (primarily looking for bass extension, used the LCD-2 as a reference), Karma Police by Radiohead (really assessing mids for the most part), Who Knew by Eminem (just for a different genre as much as anything). Although some tracks leant themselves to drilling down into particular details we tried to consider each track from all points of view also. We really wanted to do some jazz testing also, but the iPhone was a loaner and additionally running low on battery before we got back to formal tests after a lengthy informal listening period to refresh the concentration a bit.

In the blind test we both felt there was very little in it for the most part. Interestingly we both came from the position of assuming the iPhone was the better sounding phone, but overall the Note 2 actually had a slight advantage in our picks for each track. The fact that we both came into it with a preconception was an excellent validation of the blind testing method. Even better, we were also able to pick it when the phones were swapped on the same track in the back and forth listening, despite the fact that there wasn't a lot of difference in the sound.

I know the one thing you are really desperate to know about is noise, unfortunately I'm not convinced I can advise of that (I have the bit of high frequency hearing loss) - we were listening with the 13ohm UE600 (I sold my ACS T15 a while back, and at 42ohm they weren't as well suited for assessing noise floor as the UE600 in any case). I couldn't hear hiss in either case, which means it was either not there, or my hearing loss prevented me from detecting it. Nik didn't note any hiss in his listening either though. You're probably aware the UE600s have a fairly precipitous treble roll off, so assessing highs wasn't really in the scope of this listening test.

Other specific little notes: the electronic rimshot in Teardrop was really, really strident and fatiguing on the Note 2 - I actually blinked or slightly flinched in anticipation of it (Nik independently noted that too) - but apart from the rimshot I preferred the rest of the sound from the Note 2 better on that track (I wonder if you know which frequency rimshots clock in at? I couldn't find any information on it). In corollary to that the snare snap in Who Knew was a similar level of intolerable on the 4, so that was a little each way. Resolved detail was very hard to call, I picked the Note 2 for some tracks, but the iPhone 4 edged it slightly overall. Instrument separation favoured the iPhone a bit. I think looking overall the iPhone maintained some advantages in terms of resolution and imaging, but the Note 2 had the more musical presentation which is why we tended to pick it overall slightly more.

Naturally that is very encouraging for the Note 2, however the volume output is still a massive advantage to the iPhone, which is obviously not trivial. I expect we'll see some custom kernels shortly that will fix that though - we measured the S3 on Siyah kernel with audiotweaks and maxed headphone amp at only around 5dB less than the iPhone."