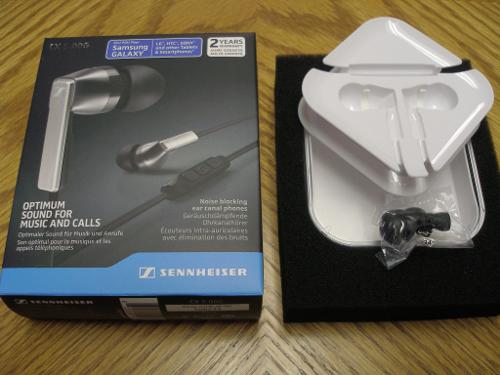 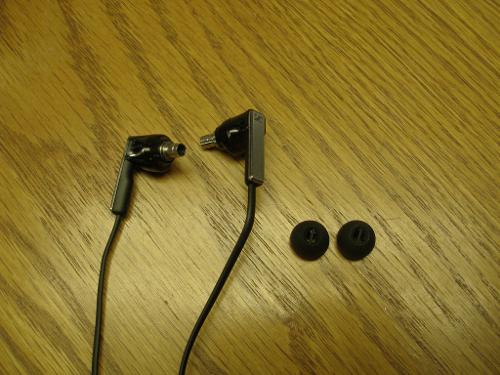 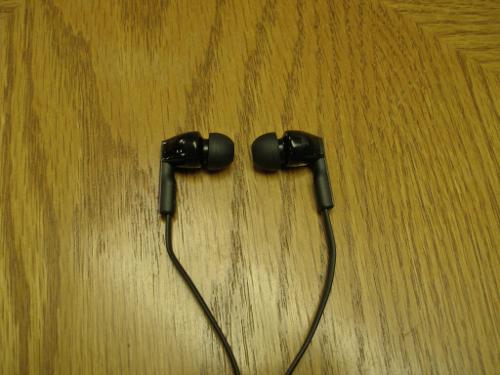 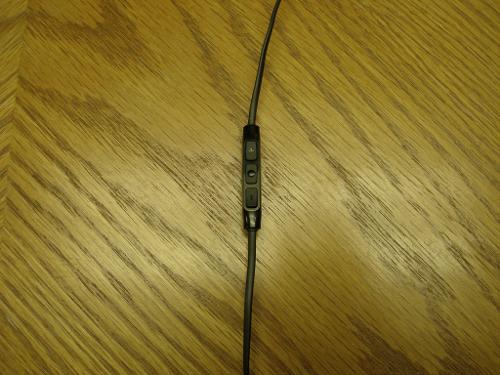 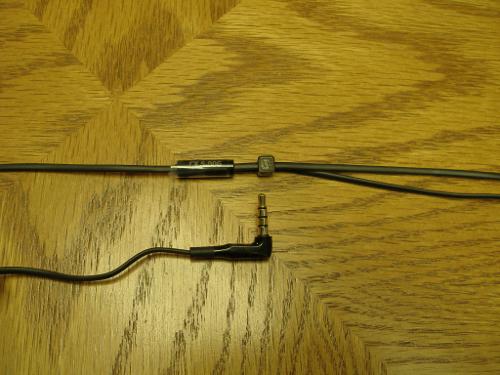 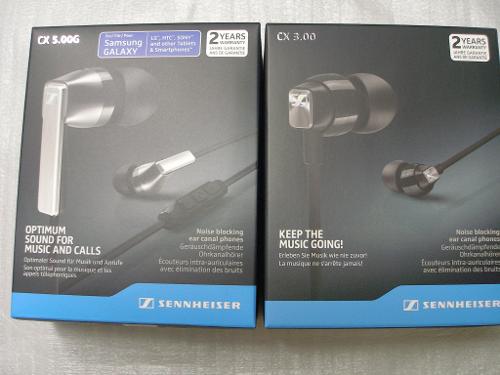 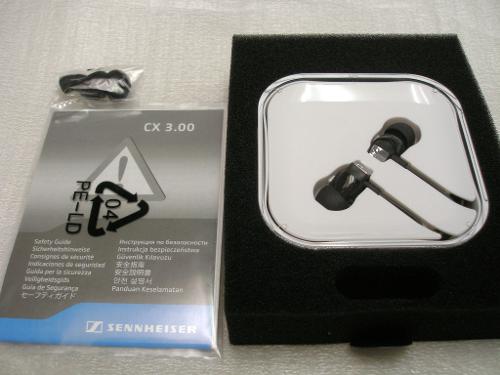 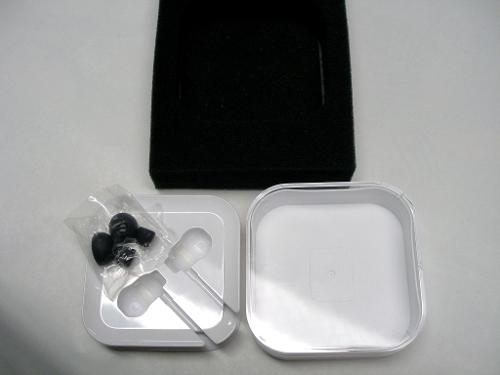 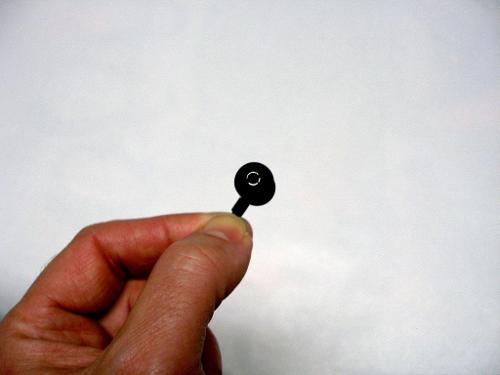 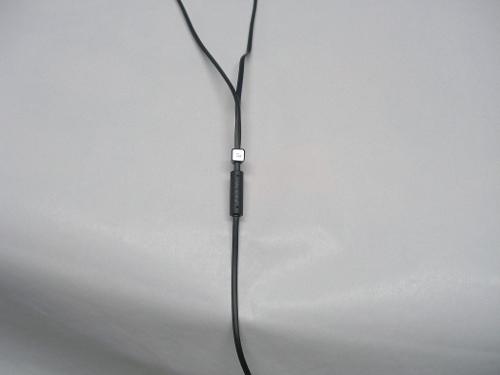 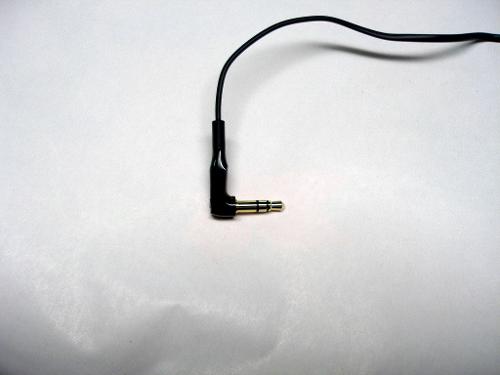 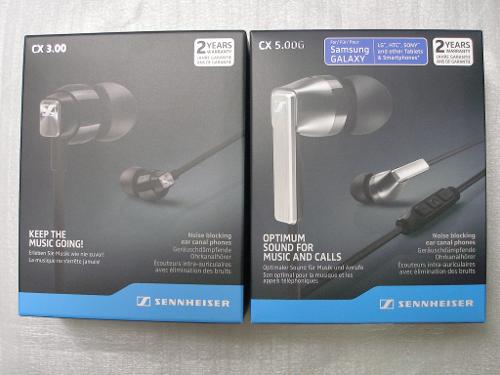 dkun7944 said:
That CX 5.00 looks very tempting. I might have to pick one up. How do you think they compare to the Klipsch S4i?
Click to expand...

the 5.00 is much more polite in the treble and the bass has less bloat

the midrange on the 5.00 is a bit recessed compared to very forward mids on the s4

Does anyone have a review directly comparing the CX 5.00 and Momentum IEM?  Same driver, same price point, same iOS/Android controls; I'm surprised I'm having such a hard time finding a direct comparison.

Does the downward metal post on the CX 5.00 prevent these from being worn over-ear comfortably?
Click to expand...

i'll try and see if I can get a pair of the momentums, and i'll get back to you

macbug said:
Google lachlan likes a thing, he has a YouTube vid comparing the momentum to the cx
Click to expand...


hm... that is interesting I noticed theres not much info on the other cx X.00

I did find an article which compares the CX 5.00 with the Momentum and CX 2.00 here. Anyway, I got the CX 5.00. Im not an audiophile, but I recognize the Sennheiser sound as in my CX 870s. On small thing I'd like to add, is that the packaging leaves two permanent dents in the cable. Sennheiser should fix that.
Share This Post
post-12152868
Post #54 of 74

I have CX 1.00 and they sound really good. Highs are much better than cx 300II (more detiled and extension is better, bass is more under controle and is not so much prominent and mids are really good) I compared them with CX 5.00 and they are more balanced, CX 5.00 have more bass, a little more V shape sound than CX 1.00.
Share This Post
post-12152875
Post #55 of 74

I have CX 1.00 and they sound really good. Highs are much better than cx 300II (more detiled and extension is better, bass is more under controle and is not so much prominent and mids are really good) I compared them with CX 5.00 and they are more balanced, CX 5.00 have more bass, a little more V shape sound than CX 1.00.
Click to expand...

When i Was buying them I was a little scepitc because I dont really like sound of CX300II but when I heard them I was WOW!!! Much step forward compare to CX300II.

For those interested in my take of the Momentum In Ears:

tom22 said:
For those interested in my take of the Momentum In Ears:

I know I'm very late to the party here - just wanted to give some feedback re the CX5.0G This is more rant than any concrete impressions as experience has taught me that its better to give it a few weeks before commenting on new gear sonically. The core of said rant is around issues that impact our ownership experience and I believe those issues are as important as the sound quality - in short, if its not reliable and comfortable, it doesnt matter how good it sounds IMO. Those interested in such things should read on - for those looking for solid impressions re sound, my apologies for now.
.
These were an impulse buy - I could have persevered with my 3rd pair of SHE3590s, but I couldnt resist 20% off Senn prices at a local retailer. I knew *nothing* about these IEMs - it was only after reading lachlanlikesathing's comparison between the Momentum In-Ear and the CX3.0 that I discovered this thread and realised that the 3.0 probably wouldnt do it for me. I like my bass as much as the next Head-Fier but I was hoping for something with a little more balance than the impressions I'd read of the 3.0 led me to believe they were capable of.

I'm wary of IEM's, having had several die on me in one channel - something I've never experienced with a pair of fullsize headphones. My RE0, RE262 and EPH-100 all sounded great until they died on me, and its particularly annoying when a $10-15 earphone like the SHE3950 takes an absolute pounding before they need replacing. My SE425's have been a mixed bag - incredibly reliable since I bought them 2 years ago but I've struggled with tip selection and comfort issues. Looming over all of that is the issue of fakes - I dont know if this particular model is a target, but Sennheiser prices are so tight from one online retailer to the next that I know something isnt right when I see an EBay seller flogging Sennheiser IEM's for 75% of their razor-sharp prices.

Where Sennheiser have lifted their game is with the QR code on the side of the box - it shouldnt be an issue given that I bought mine from a large brick-and-mortar retailer, but at least I have the option to check the code with the manufacturer. I'm also going to get off my butt and follow up on any warranty issues with these IEMs instead of simply swearing and binning them - having a local distributor will hopefully make that a lot easier than having to deal with a helpdesk in another timezone.

And that brings me to the 1 and 2-star reviews these headphones have on Amazon. Some Head-Fiers ignore Amazon reviews but if there's a general issue with comfort or fit for those of us with odd melons, those issues tend to crop up in the 'Joe Average' reviews. Brushing aside the obvious sock puppets, the main issue seemed to be with tips falling off. It was only when I saw Sennheiser's diagram illustrating the procedure for changing tips that the penny dropped - instead of turning the tip inside out to ensure that the tip nozzle is securely attached to the earphone flange (HiFiMan RE0 and countless other IEMs), Sennheiser's diagram would have you simply pressing the tip onto the flange and hoping for the best. Most of us would work it out, but for a consumer-oriented earphone I thought it was unnecesarily lazy. I can spin all of my earphones lariat-style without losing a tip - whether that will change as the tip on the Senns ages is an unknown at this stage, but the SHE3590 has the same flange-nozzle design and the tips rarely come off even when I drag the IEM out of my backpack by the cable. The other Amazon rants about 'no bass' were clearly fit issues or possibly defective units - importantly, Sennheiser seems to have no problem replacing earphones in such cases. If you do get a CX5.0 with poor bass impact, its either a fake or defective - more on that later.

It might seem odd that I dont plan to use the Senns on the go - that's what my Solo2 and SHE3590 are for. When I get some Comply tips for my SE425, the plan is to alternate between the Shures and the CX5.0 at home. The 425's make a lot of sense with some of my music and having an IEM with more bass punch will do nicely for the remainder. I wear all of my IEMs over the ear, Shure-style, and I find the CX5.0 very comfortable in this configuration - unfortunately, the design of the housings means that they would look a little odd wearing them thus in public. One thing to wear the AD900 to the shops for a lark - for some reason, people seem to pay more attention to IEMs that stick out the side of your ears. Whether you choose to wear them straight down or over the ear, the angled design should suit most ears in comfort terms. FWIW, I also found it much easier to get a seal straight up with the large silicon tips than I have with earphones like the SE425, and popping them in and out is on par with the SHE3590.

After the Shure, the stock cable on most affordable IEMs looks like it belongs on a pair of iBuds at K-Mart. Granted, I paid a premium for the SE425's replaceable cable - annoying monster that it can be - but it still underwhelms me that a ~$100 IEM has a cable that looks and feels a lot like the SHE3590's. Aesthetically, the housings dont do much for me either, but to Sennheiser's credit the cable appears to resist tangling and the Android controls are effectively invisible with the IEMs inserted.

I think Sennheiser have nailed the cable length for use with portable devices but for those who want to plant said device in a backpack or satchel, a 3.5mm extension might come in handy. The cable feels sturdy and the right-angled plug makes perfect sense from phones, laptops, my Dragonfly Black and Topping NX2 - the latter has very little real estate between the input and headphone sockets and I'm confident that most DAP owners will find the connector perfectly adequate.

My ZTE phone is the wimpiest source I own and it drives the CX5.0 to considerably louder levels than I can achieve with the Solo2 from that phone - no surprise given that the latter is a 33-ohm on-ear headphone. I believe the CX5.0 responds well to modest amplification and I'll be experimenting with the EQ on each of my sources to see whether I can optimise the pluses I'm hearing from these phones. The only comment I'm prepared to make on the sonics at this stage is that I dont believe we need to be apologetic about the 'consumer-oriented' sound signature : this is clearly what Sennheiser were aiming for with the CX series, and I believe they've succeeded. For the huge range of headphones they make, I've enjoyed very few - the HD238 and HD800 both wowed me and at this stage I'm happy to say that the CX5.0 is on track to join that tiny group.

Thanks for your patience, and a big thank you to Tom and the others who've contributed to this thread. Impressions to come at a later date.