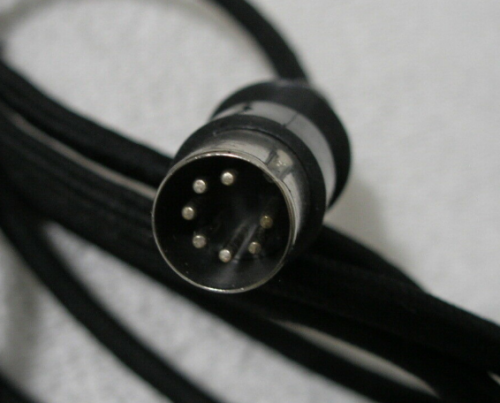 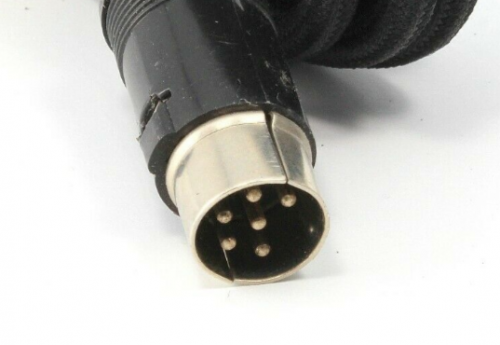 See full thread gallery...
You are using an out of date browser. It may not display this or other websites correctly.
You should upgrade or use an alternative browser.
Electret vs. Electrostatic

What is the difference between Electret and Electrostatic headphones?
Quote:Originally Posted by WmcmanusIf it sounds good to you, then it is good.Feedback:
http://www.head-fi.org/forums/f12/soundgoon-201811/

I'm sure someone can provide a more informative and concise answer, but it is my understanding that an electret is similar to an electrostat except that there is a small step up transformer that allows it to be driven from a normal dynamic amplifier. An electrostat does not have this step up transformer and needs an electrostatic amplifier. Their may be other differences however... or I could be completely wrong. My only elecret experience is the tweeters in the AKG K340.
CD: Moon Audio CD-2008 MkII / McAlister Audio Massive Attack / AKG K340 OR (*)
PC: M-Audio Transit / Behringer DEQ2496 / de Almeida Sol / AKG K271 MkII
Vinyl: Garrard Lab 80 / Marantz 2230 / Polk Audio RTi4 OR (*)
Mobile: WAV / Roland R-05 / AKG K271 MkII
(*) Symphones Magnum SE

An electrostatic requires its charge from an external source. An Electret is already charged in itself and so only requires the audio signal. Electrets do lose their charge over time though, eventually leaving them inoperable.
^I wish to apologise for, retract, or deny the content of the above post.

Yes Duggeh is correct here, once they get old, they almost never make it to another Opera anymore, it is quite sad
VPI | Dynavector | Benchmark | McIntosh | JBL | SVS | AKG | Grado | Sennheiser

In the great majority of electrostatic headphones, to create the electrostatic attraction and repulsion that makes the diaphragm move, the diaphragm itself must hold steady a static charge of several hundred volts. There have historically been two ways of doing this:

(1) externally via a small high-voltage DC power supply fed down the headphone cord-- this explains why a 'stat headphone's plug has more than 3 conductors.

(2) the diaphragm can be made of a polymer that will hold a permanent electrostatic charge (Mylar/Melinex, the diaphragm material of choice, is not suitable, unfortunately); in other words, the diaphragm can be an electret. This simplifies the design of a 'stat somewhat and allowed manufacturers to market what we might call Stats For The Masses from the late '70s until about 1990.

Both types are true electrostatics.

All electrostatics require that a normal audio signal be increased from around 20 volts peak, which is suitable for speakers, to anywhere from 300 to 600 volts peak. This can be done passively with transformers (which have to be of very high quality) or actively with tubes or transistors. The choice of which to use depends entirely on the cost point that has to be met by the manufacturer; you can drive an electret 'phone from an expensive 'stat amplifier like Stax's SRM-717 or from a little inexpensive transformer box like Stax's SRD-4. You can drive an expensive 'phone like the SR-404 from that same SRM-717 or from a much cheaper high-bias transformer box like the SRD-7 Pro.

Manufacturers have built transformers into both types of headphones to make them able to plug into normal headphone jacks, with more or less success. Philodox's AKG K340 has little transformers in its driver cups; they can be little because they only have to handle signal from 4kHz up. Philips, Audio-Technica and Toshiba have made fullrange electret 'stats with the transformers built into plugs, driver cups or inline pods.

Finally, I've seen no evidence that electret 'stats "lose charge" and become "inoperable" over the course of a human lifetime. I have several electret 'phones that are going strong after 30 years. Consider also that the electret mics built into your parents' old landline telephones are likely to have been giving faithful service despite being spat into for at least a couple of decades.

I read that and was thinking "great, so I'm gonna have to buy another in a few years." Glad to know that it shouldn't happen anytime soon.
Quote:Originally Posted by WmcmanusIf it sounds good to you, then it is good.Feedback:
http://www.head-fi.org/forums/f12/soundgoon-201811/

They definately deteriorate with storage, mine took a while of use after I got them for the sound to improve. I guess it was re-burn-in.

They probably just take some time to fully recharge... normal Electrostats don't sound their best until they've been playing for a couple hours, I don't see why Electrets would be any different. I usually have my system playing music for an hour or two before I plan on listening to it for that reason. My CD player seems to sound better after it has stretched its legs as well.

The SR-80 is one of the newest electret headphones around anyway. Late 80s. YOu've got nothing to worry about. The K340 is much older.
main rig: Mac mini - T-Amp - AKG K1000 (blacked!)
portable rig: Galaxy S21 Ultra -- SportaPros soldered onto decapitated JVC Bluetooth earbuds. When they're working, Grado GW100 (terrible build quality!)

Stats sound better after a while because it takes a bit of time to overcome the huge resistivity in the diaphragm and build up the bias. Some of my older stats are like a whisper when I plug them in but are good to go after half an hour or so.

The elecrets work by coting the diaphragm with a charged material that is then pulled off leaving charged molecules. They will loose their charge but it's hard to tell when.
www.mjolnir-audio.com

The basic principle is the same. A balanced, high voltage signal being fed to two electrodes either side of a charged diaphram. Where the two technologies differ is in the diaphragm.

Normal electrostatics use a very thin plastic film coated in a conductive material that's connected to a high voltage source. Electrets use a material that can store electric charge, quartz crystal for example, as the diapragm itself.

Stax's electret diaphragm isn't bad at all, and I quite like my SR50 for what it is, but none of them will uncover the soul of the music the way an electrostatic with a 1-2 micron diaphragm would.

You really got me there, STK. A "normal" 'stat needs to charge up its diaphragms through a very high resistance after long storage, so it does take awhile in that specific case-- think of an old-fashioned under-the-tongue thermometer-- but I wouldn't expect a 'tret to have that problem, since its diaphragm isn't connected to anything and is fully charged 24/7/365. If there were electrolytic capacitors somewhere in the signal path, they'd need re-forming after long storage, but other than that... I'm stumped.

Regular 'stats can be completely silent after being unused for years. I've picked up some 'stats very cheaply that the sellers thought didn't work any more. 15 minutes of charge-up proved them wrong. Interestingly, one channel always comes up more slowly than the other, and I've seen 'stats take overnight on the transformer box before the channel balance came back to the center.

The stators need to charge up, too. It's the same reason capacitors burn in.

As you yourself know, there are a very few exceptions to this; the Audio-Technica ATH-8 (aka Signet TK33) and the Toshiba/Aurex HR series come to mind. The Toshiba is the only electret 'phone I know that's comparable to the SR-X Mk3.

I will forever owe Carl a debt for tipping me off to a listing for the Toshiba HR-910, which I'd given up trying to find. In that design, the electret material is coated on the stators and the diaphragm is fed the signal. Amazing 'phones but a marketing misfire in the US.

Whoa, you lost me on that one, pardner. I'm doubly stumped now.


.
You must log in or register to reply here.