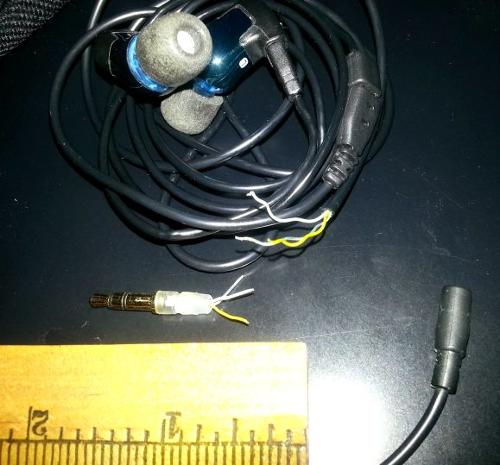 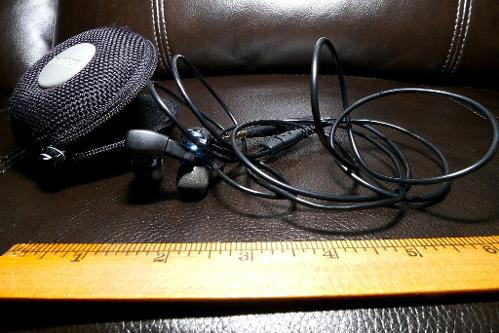 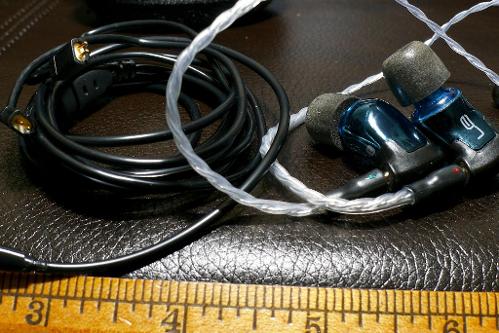 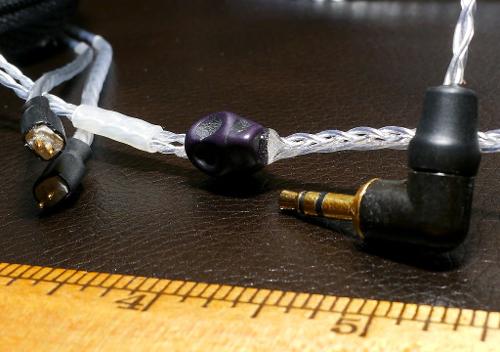 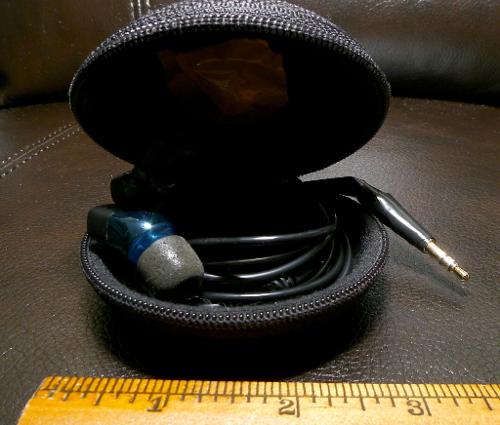 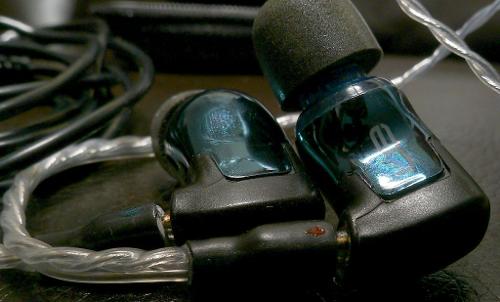 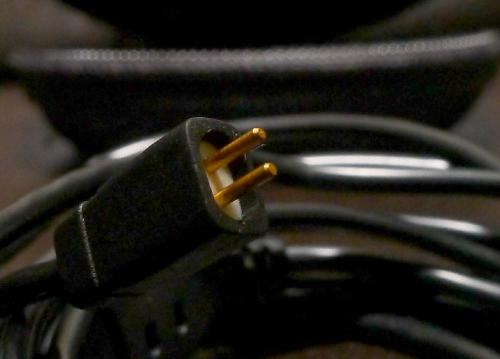 You are using an out of date browser. It may not display this or other websites correctly.
You should upgrade or use an alternative browser.
CH/TA custom IEM (UE TF10) cable review

Short summary: Nice cable w/ great build quality that makes the TF10 sound more like Shure IEMs, but it has more microphonics than the OEM cable.

My OEM TF10 cable developed a sporadic connection in one ear last year...eventually, it totally disconnected so I had no sound.  When it was sporadic, I noticed that if I moved the plug in carefully, it would have sound in both ears again, so I guessed and took it apart at the plug end and found the twisting from all the coiling of the cable had severed the wiring completedly.  Luckily, I had enough to solder the bits back together while I researched cables a bit more, but this gives you an idea of the build quality.  The wiring itself is a very thin 30 gauge and it's impossible to resolder the wires directly to the plug: I was looking for reasonably priced cables with good build quality because I didn't think cables would make much of a difference.  My main concerns were better built quality so this wouldn't happen again, and it had to be able to fit into my Shure PA235 case which is roughly 3" in diameter: On the build front, I was looking for Neutrik right angle plugs and silver OFC cable.  My short list came down to Null Audio's Arete cable (OFC, not silver plated) and the Chris Himself (built by Ted Allen) cable (OFC silver plated, teflon coated).  I went with the CH/TA cable because of the customizable bead and the better cable after getting assurances from Ted that it would fit in my carrying case.

The CH/TA doesn't have as much of a memory effect as the OEM cable.  This is the tangle I get after pulling the OEM cable out of the case and it takes a bit of massaging for the cable to become mostly straight: The CH/TA cable in comparison is almost limp but it does maintain a curl in a few spots from the braiding process.: Here's a closer look at the components: The stone skull is actually black looking in person instead of purple.  Ted also cut down the body of the Neutrik right angle connector (the part that is parallel to the cable is probably 1/2" longer than this normally).

One thing that's slightly confusing is the orientation of the cables.  The connection to the IEMs are colored with small red/blue dots.  The red dot faces the front (aka the UE logo).  The blue faces the back (opposite the UE logo).  It probably would have been more consistent to face both to the front or back. One other thing you might have noticed is that the connectors are slightly exposed.  The OEM cables are slightly recessed where they connect to the IEM: I think the Westone cables are non-recessed, so these CH/TA cables should work with them as well if you decide to switch IEMs.

Microphonics are similar to my old Shure IEMs because the cables are stiffer.  When you have music off, you can hear it if you rub the cable against any hard surface (including rubbing the cable with itself).  When you have music on, it's very much reduced, but still more than the OEM cables which have a much softer feel.  I wish I had space for the sheathing so I could see how much a difference that makes to the microphonics.

I've listened to the cables for a few days now and swapped back and forth w/ the OEM cables to make sure I haven't been hearing things with the audio signature.  To put this in perspective, I've never really believed in cables affecting sound significantly as long as the cables aren't so thin that current can't flow easily.  To my surprise, the cables make a BIG difference in how the IEMs sound.

Specifically, the cables make the TF10 sound more like Shures.  I had switched to the TF10 from Shure E4's and SE530's a while back because I liked the imaging and bass of the TF10 better (I also had the Westone 3's for a little while and the imaging was even better with them, but they were so revealing with badly recorded songs that I hated listening to some music...think screeching highs).  My music tastes vary a lot (Sarah Mclachlan and folk on one end to orchestral on the other) but I tend to mostly listen to techno/vocal trance when traveling (public transportation w/ screeching trains) with the IEMs.  At any rate, the most notable changes were that the vocals were pulled forward more so they were more like Shures (TF10's have recessed vocals in comparison to the Shures that have a very forward vocal presentation).  Instruments were also separated a bit more and things were clearer, especially vocals.  The other big change was the bass compared to the old cables..the bass tightened up a lot but the warm saturating bass that seemed to be a major characteristic of the TF10 was gone.  The latter puzzles me a bit because I would have thought that bass needs a lot of current which a thicker cable (the CH/TA cables are 24 gauge) would provide more and cleaner bass.

Given the price of the CH/TA cable ($80+shipping as of this writing), they're a worthy upgrade over OEM replacement cables ($25-30) as long as you're not addicted to the warm saturating bass of the OEM cables...

Good review. Ordered mine, but there was a feature in the cable that I didn't want that seems to be a default feature and am forced to order (and wait...) for a new cable. ugh.... Can't wait to finally FREAKING use these damn IEMs.

hiyobeats said:
Good review. Ordered mine, but there was a feature in the cable that I didn't want that seems to be a default feature and am forced to order (and wait...) for a new cable. ugh.... Can't wait to finally FREAKING use these damn IEMs.
Click to expand...

What feature are you talking about?

BTW, Ted told me the red/blue dots indicate the location of the ground wires.  Westone puts them on the same side for their IEMs.  UE doesn't.  Makes sense to me, just didn't know...

Same i ordered mine too, but till now i still have not receive my order

owen241 said:
Same i ordered mine too, but till now i still have not receive my order
Click to expand...

Shoot me a PM and I'll keep you updated. I'm pretty bad at post-sale communication sometimes with my busy schedule.

Glad to see you enjoying the cables, sorry about the extra microphonics, some people report less, some people report slightly more. We chose the best PTFE tubing we could find for our manufacturer to use to try to mitigate microphonics.
CMON RUDE BOY BOY CAN U GET IT UP
[size=1em][Schiit Mjolnir/Gungnir] [Audio-GD NFB10.32] [LCD-2.2] [HD800] [JH13] [Silver recabled everything][/size]
You must log in or register to reply here.