Menu
Log in
Register
Install the app
You are using an out of date browser. It may not display this or other websites correctly.
You should upgrade or use an alternative browser.
AKG K270 Playback's arrived - Impressions and pics! - UPDATED- 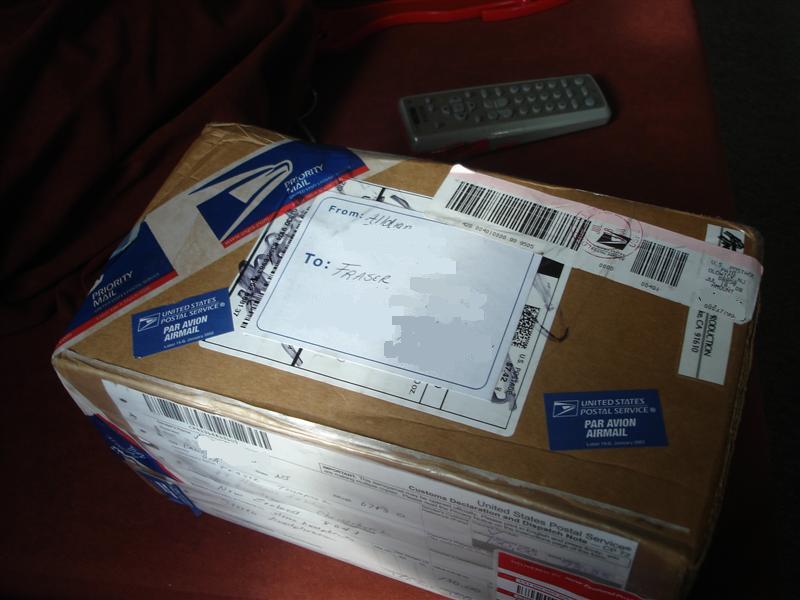 It took me a while to find someone to sell them to me and I wouldn't have at all if it weren't for Malldian and Nick20. Nick20 sent me a link to a set on eBay. Sadly it was USA shipping only though. This is where Malldian comes in. Matt offered to ship them to me all the way in New Zealand

Now on to my impressions. 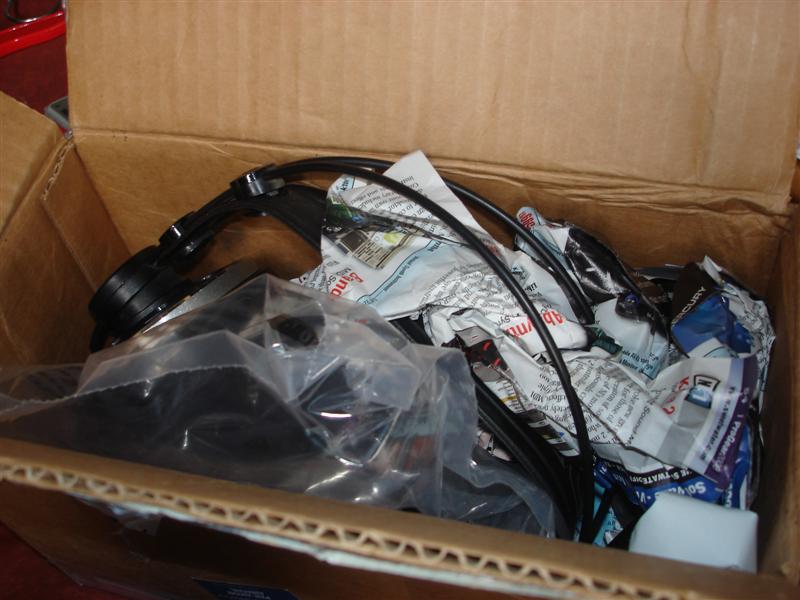 First the build quality. Very good! They're solid, quite heavy (compared to AD700's anyway) and seem fairly unbreakable which I guess they would have to be to be so old and still work (not sure how old they are. Anyone know anything about the history of the K270 Playbacks? Let me know if you do.)

As far as the cable goes, its OK. The connector on mine is a bit loose so I have to twiggle it a bit to get sound in both channels, but that can be fixed. The cable is quite thin but is coated in this rubber stuff which probably increases durability or something. I personally don't like it though. Might get a recable some time.

The only slightly fragile part of it is the elastic headband mechanism, which seems more frail. More on that later though. 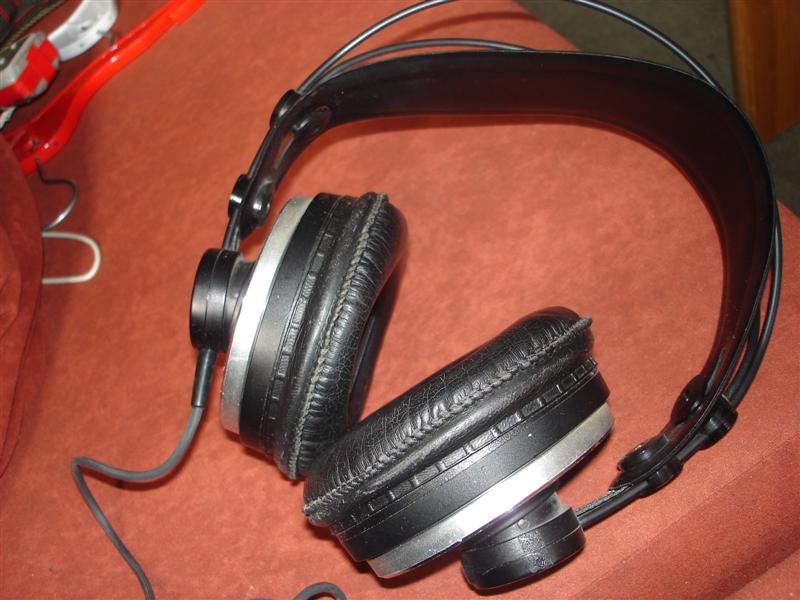 The comfort is kinda a low point for these. I think the elastics are a bit loose (anyone have any idea on how to replace these?) which is probably why. They kinda sit too low. Also the pads are sunken and I think part of my ear touches the inner driver bit. 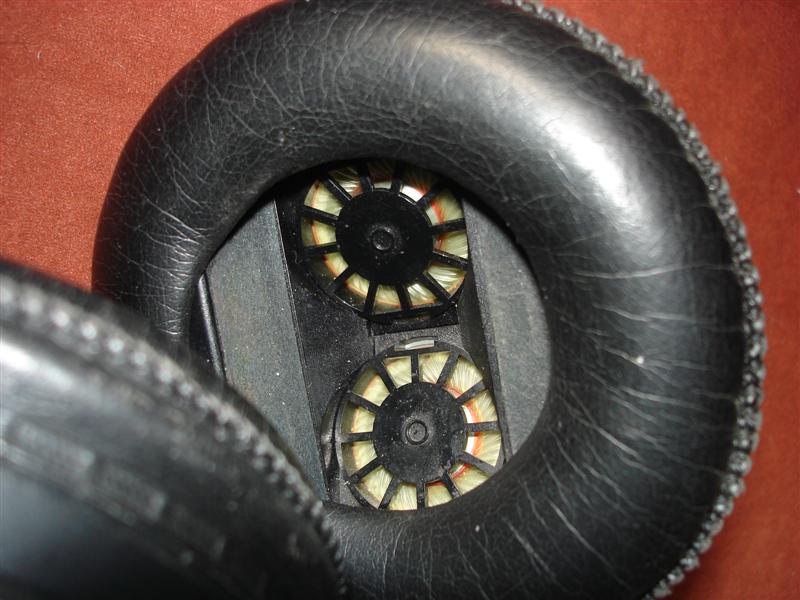 I happen to have some velour pads from some other $30 headphones I bought that fit PERFECTLY and make it a lot more comfortable. They are more fat than the leathers so they increase the space between driver(s?) and ear, affecting the sound a little. Can't decide whether it's that much of a bad thing yet though...


Isolation on these things is very good too. They're not IEM's, but they certainly isolate pretty good, slightly better with the leathers than the velours though. 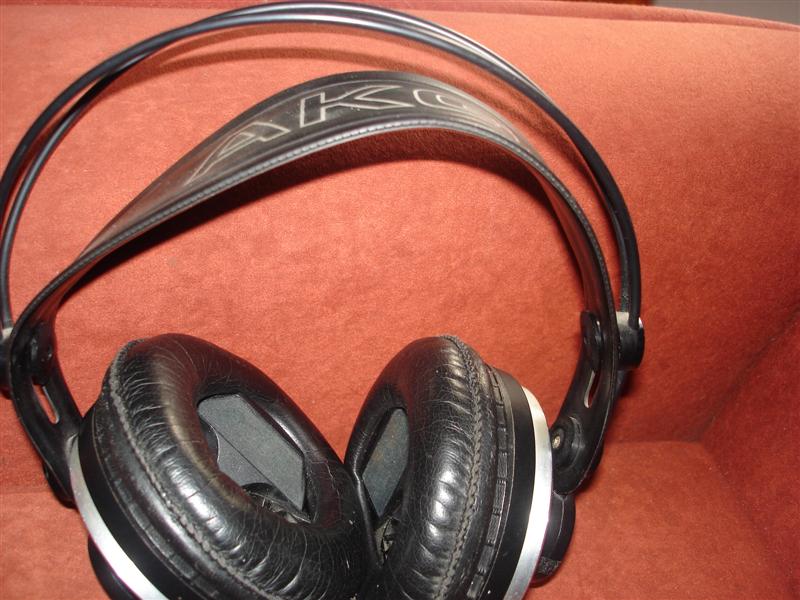 (^ anyone know if there's an easy way to unwarp that headband? It doesn't affect comfort but it looks kinda weird...)


How do they sound?

As other's have said, they're quite bright. However by my ears they're not as bright as the AD700. The sound is quite hard to describe... I think I'll break it down into categories.

The bass is tight and punchy. IMO, this is the perfect type of bass. It's not overwhelming, but it is noticeable and there. These are not bassy headphones at all, nor are they bass light.

The mids aren't as 'sweet' as my AD700's, but they're still good. They're more forward than the AD700's. They also sound more neutral.

Soundstage
There isn't really a soundstage. They have the same forward 'in your face' presentation of Grado's. Plus they're closed so I wouldn't expect there to be much soundstage anyway.

Detail
Once again, they're less detailed than the AD700's. Things are more blurred together and less separated.

Tone
The K270 Playbacks have quite a dark tone, much like the HD580's except maybe even darker. I've heard people say that they're like closed Grado's, which I find rather confusing as the tone is nothing like Grado's IMO. 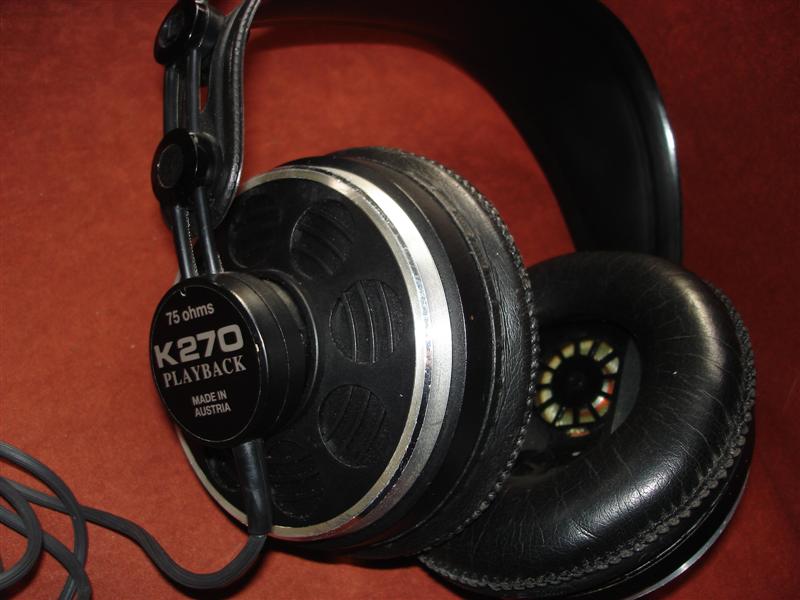 I was quite confused by the K270's sound... They have a sound signature which is kinda like a mix between Senns and Grado's IMO. I quite like it but if there was no noise around me I would be more likely to reach for my AD700's. The isolation, however, is very good so these do still serve a big purpose. Maybe I'm just not used to the sound of closed headphones having never owned a set (apart from my Sennheiser HD201's which I haven't listened to for ages). They sound good, but a different kind of good than what I'm used to.

I think if I fix the elastic mechanism (which is far too loose even after replacing the old elastics) and give them time for my ears to get used to them, I will enjoy the sound more. 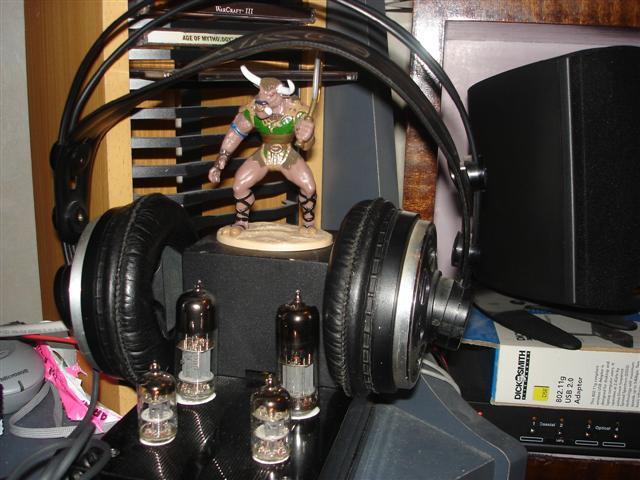 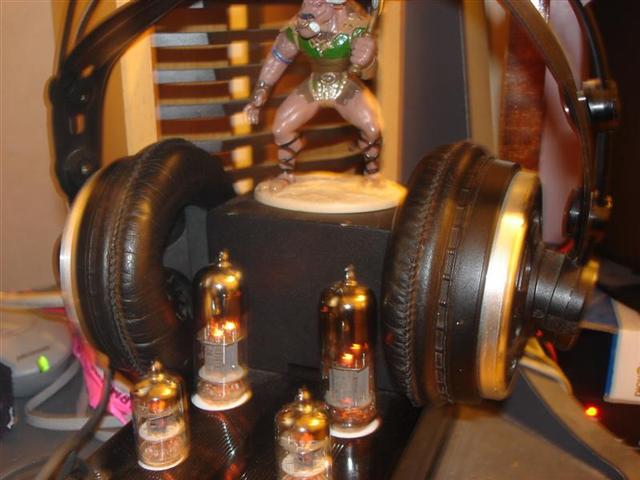 I was still unimpressed by the sound (compared to how people had described them) so I unstitched my (old and pancaked) pads and stuffed a HEAP of stuffing in there so they were completely puffed up. Now the sound is completely changed!

The bass is decreased (good, as it was a wee bit excessive before), the treble is increased to make them much more bright, and the mids are sweeter! Everything is better! This is what the K270 Playbacks should sound like. They're more gradoey now, but not as gradoey as a grado (of course

And today, some brand new AKG Pads arrived. Sounds about the same as with the stuffed ones

. They're probably about SR60 level (never heard the SR60's though, just a guess).

if you have those pads from the AD700s they might fit? I use AD2000 pads with mine and they're incredibly comfortable, takes the edge off the treble if highs aren't your thing
I wish I could marry a toilet, it accepts everything I have to give it

I think I read somewhere that they're quite different. Hopefully the AKG god can answer all these questions

Why don't you re-equip it with original K270 velours pads? I accidently got those for my K271 and was quite content with both sound & comfort.

You should definitely get new pads. They seem to be the ubiquitous K240 pads, which are available either through AKG, or in a music instruments store / DJ store selling AKG monitor phones.

As for elastics, you can order them from AKG too. While you wait, you can DIY them and how to do it has been discussed to death in other threads. In summary, buy elastic hairbands or a spool of elastic thread from a craft store, rip off the old elastics and glue/fuse (with a hot knife) the new ones in place.

Comfort and SQ improve quite a bit with new pads and elastics.
Need to search the Ortho, Stax and Fostex T50rp threads?

Yeah definately replace the pads, they are flat. If they are anything like K240's, then velour pads might affect the sound adversely (according to most on headfi). So the normal pleather might be the best way to go.

If you want to be cheap, you can try my method

Congrats on the new cans!

To get them sounding at their best you'll definitely want to replace those elastics and earpads, which use the same parts as the K240. Replacing the elastics is the same as other AKGs, you'll need to pry the metal badges off the earcups to reveal the screw underneath to open the earcup. They're bigger and much thicker on the K270 frame, so if the glue is still strong it'll be a little bit difficult and may result in some cosmetic damage to the badge or plastic around it.

As for the headband, that's pretty normal for the vinyl AKG headbands, most of the ones I've seen end up going lopsided like that over time. You might be able to reshape it a little by holding it over a round object and heating it with a hairdrier or heatgun.

to me, they sounded like a closed Grado - or maybe a close sextett

Experimenting with pads is worthwhile too

Welcome to team out of production akg!

Those look like they could use a good deep clean. I'd recommend diluted vinegar to clean most of the hard parts. But don't use it on the drivers (laugh) or the headband (it will dissolve).

Also, Kabeer's stuffing method works quite well if you are as cheap as I am. You can find everything you need at Jo Ann's fabric for about five bucks.
I like sounds

I didn't find the link but was happy to send them to him - he had been trying for a long time. I owned the 270P a while back and found the comfort to be a big issue. When I tried these on (yeah I took a 15 minute listen ;p) they were more comfortable, though still not that great. They really do sound like closed Grado's and isolate exceptionally well. Also they don't leak at all which was a plus while I had them. Maybe I should have kept my pair and worked on the comfort issue...

Either way congrats on the new phones - I hope you continue to enjoy them.
PreSonus Central Station > Audioengine A5
Portable rig TBD
feedback

Ah yes, my mistake. It was in fact nick20 who found the link. Thanks for that nick!

Ima try stuffing the pads a bit more - we probably have that stuff lieing around since my mum and sister are kinda into sewing and all that crap... There might also be some elastic thread so I'll try replacing them too.

I'll do impressions on the sound after that.

Edit: I prized off the badges (which was really easy as the glue seems to have gone all melted and weird) and undid that screw and stuff to replace the elastics, which seems easy enough. But if I shine a light into the back of the driver, under where the AKG badge used to be, there seems to be some foam which has gone all crumbly (like it does over time). Should I replace this foam or what? How do I get into that part behind the driver?
Have: Koss KSC-75, Koss Porta Pro, AKG K240 Sextett LP, Alessandro MS1
Had: Sennheiser HD580, Westone UM1, AKG K270 Playback, AKG K701, Beyerdynamic DT880/250, Etymotic ER6i, AKG K141 Silver, Stax Lambda Pro, Grado SR225, Grado HF2, Audio Technica AD700

The foam inside the earcups -- yes. That needs to be replaced as well. You can order it from AKG, I forgot the part number and franks phone number though, someone like fitz or ericj would be sure to have them though.
pictorial for telling apart the production runs of the k240 sextett here - my feedback - hd650 for life

No, that would be the K290 Surround.
You must log in or register to reply here.