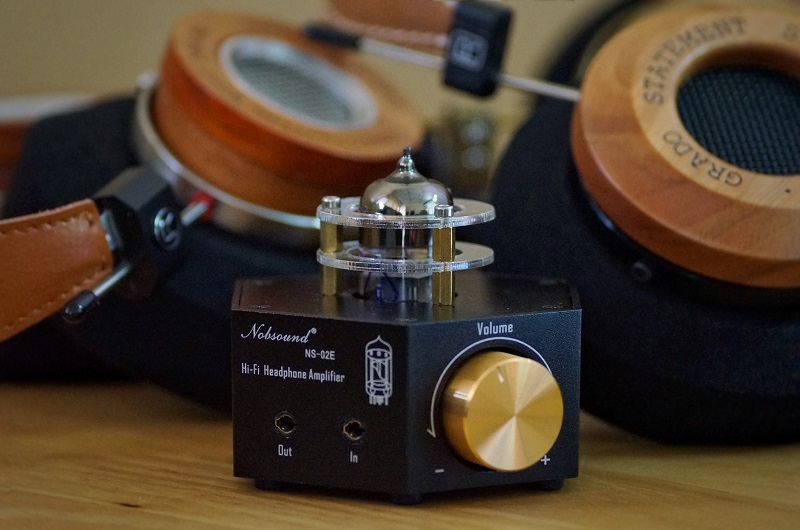 Physical
If this is an art project, XZ-U303 will receive an A for its gorgeous look. It is undeniably good-looking, the amplifier is housed in a hexagonal metal enclosure with a vacuum tube protruding out through the top. U303 came in two color schemes: black body - gold dial and silver body - chrome dial, I picked the former because it looks nicer.

Nob, Snob, Noob??
I bought this amplifier from ebay and received it three weeks later in a beat-up generic corrugated box. Nob, I can’t elaborate more on the packaging. In mainland China, this headphone amplifier is sold as XuanZu XZ-U303 but for the oversea market, it is distributed by Douk Audio as Nobsound NS-02E. I think they are better off keeping the Chinese name, ya you get the joke. At first I thought XZ-U303/NS-02E is a namesake iteration of Nobsound NS-01E (Xuanzu XZ-U2017 in China) since they have seemingly similar components, later I realized that U303 runs on a fatter vacuum tube and has two interchangeable opamp slots. 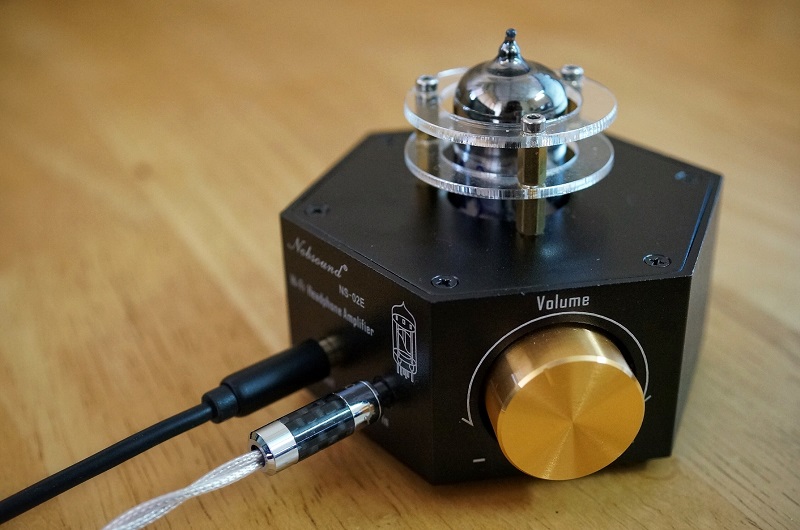 Sound
Out of the box, the sound quality of this headphone amplifier is a disappointment. I plugged this amplifier straight into my laptop and I can hear all sort of noises, hums and hisses. When I fiddled with my setup or moved something on my desk I could hear some annoying sound distortions. So I decided to order some expensive 3.5mm to 3.5mm cables to try out; I bought the shortest standard 3.5mm to 3.5mm cable from XuanZu and another pure braided silver cable. The higher quality cable solved part of the sound distortion but the low volume high pitch hissing was still there. I deduced that the hissing sound came from the power supply or power cable. Believing that U303 is sensitive to EMI (electromagnet interference), I tried plugging U303 to a standalone power socket and the hissing persisted. I was not satisfied so I added a ferrite core to the power cable but the improvement was not significant. All these turned out to be a red herring later on, apparently U303 will not pair well with certain opamps. To be fair, I have also read through XuanZu website (on TaoBao), they claimed that they designed XZ-U303 especially for headphones of higher impedance (up to 600ohm) and that is true. When I used it with higher impedance headphones, the noise floor was cleaner even if I purposely run it with the wrong setup. I was quite confused and invested many incremental upgrades into U303 hoping to arrive at a cleaner and nicer sound. 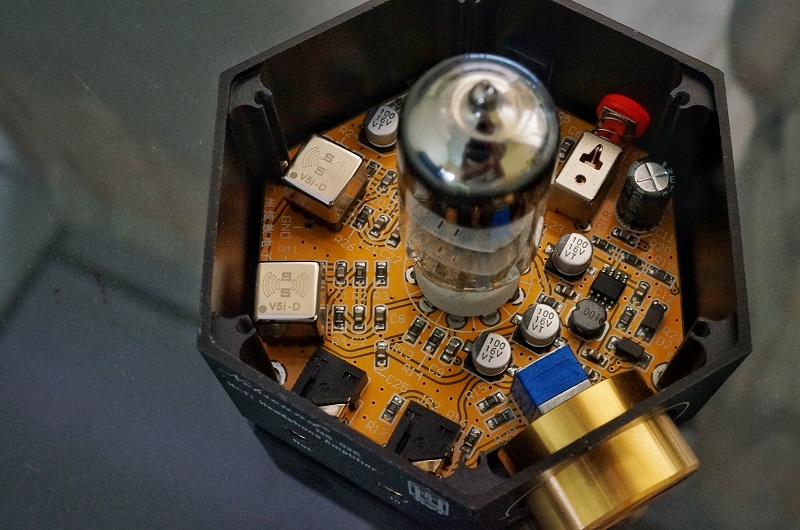 Pairing and Customization
If you like to customize things, you will not go wrong with XZ-U303. This amplifier is built for tinkerers, it runs on two DIP8 dual opamps and one 5670 vacuum tube amplifier (Nobsound NS-01E takes a 6021 tube). I have tried the components below with XZ-U303.

I have paired XZ-U303 with my laptop, my smartphone, my DAP and ipad (built with AK Asahi Kasei, ESS Sabre and Cirrus Logic DACs). Personally I did not notice the expanded soundstage that many reviewers claimed to hear from a tube amplifier but then again I have to clarify that U303 is technically not a pure tube amplifier. I read that the sound amplification is actually done by the two opamps and the vacuum tube is there for sound coloration, and yes the U303 will not make a sound if you pull out the vacuum tube.

I got the thickest sound from a combination of Laptop USB - Zishan Z2 Line Out LO - XZ-U303 - GE Jan 5670 - Burson SS V5i but the noise floor was extremely dirty. After some experimentation, I came to a conclusion that U303 is very picky with opamps. My assumption that a more expensive opamp will always sound better was proven wrong as the stock NE5532Ps delivered a considerably cleaner noise floor than SS V5is. I can't say for sure if 49720HA and 4562NA will work well with U303 since I only have a piece of each. 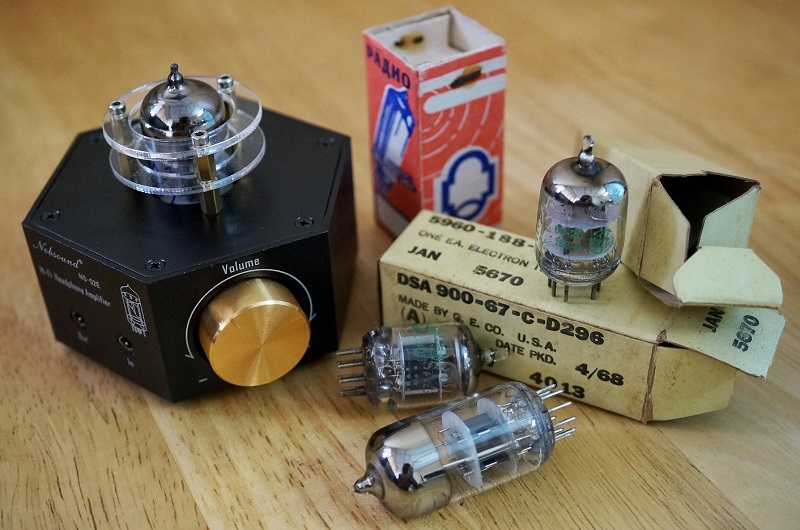 The stock Beijing vacuum tube is tallest tube of the bunch, it sounded anemic to me and I happen to like a fuller sound. I got the Russian Reflector 6H3N for cheap but it has this piercing high that can be unbearable. I will suggest you to fork out the money for a GE, RCA, Sylvania 5670 if you are looking for a more analogue sound. Usually older vacuum tubes of irregular shapes seem to produce a more sophisticated sound, maybe there’s something ‘wabi-sabi’ about them. That said, if you are an IEM guy and you are looking for an amplifier that reproduces clean and accurate sound, I will suggest you to walk away, I believe your two years old Iphone sound better than U303.

Other than that, I have also compared the three 3.5mm to 3.5mm cables that I have, the XuanZu cable (not part of the package, you have to pay extra for that) gave me an almost distortion-free sound and it worked better than the more expensive pure silver braided cable. 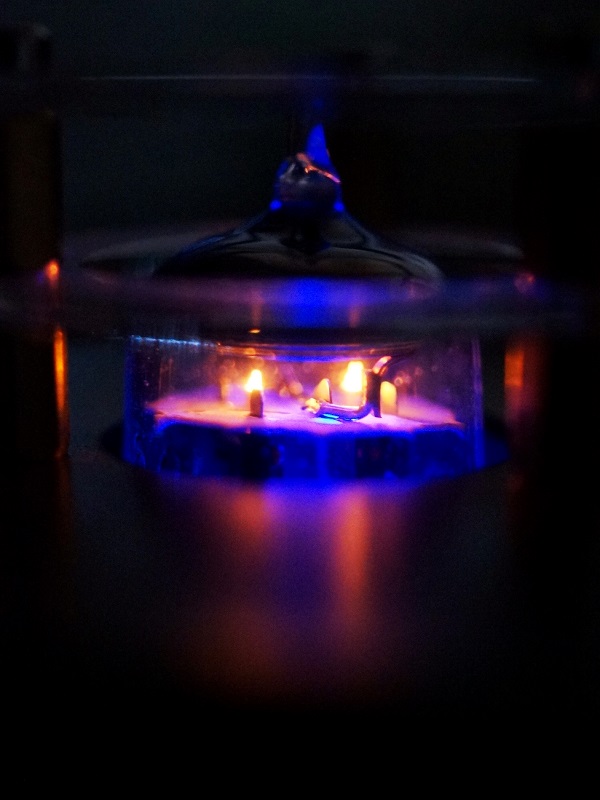 Overall Thoughts
By the end of the day, I probably spent more on components and accessories (tubes, opamps, cables, ferrite core and etc) than the price of a new XZ-U303. Don’t get me wrong, U303 itself is cheap and worth the money even if you take into account its flaws. I must admit that the emotional excitement I get from the tube sound is beyond description. U303 sounded magical with vocal and jazz tracks, the amplifier is a nice addition to my desk.

This amplifier requires a lot of participation, so if you are a tinkerer, by all means, go ahead and get it, you will be rewarded with the IKEA effect. If you plan to use U303 with some sensitive earphones or IEMs I will advice you to keep your money or spend it on a more appropriate amplifier.