Pros: Smooth and transparent sound, clear highs. Interchangeable MMCX cable, rugged construction.
Cons: Muddy and weak bass, bassheads will be disappointed. Also stay away if you don't plan to use it with an amp.
Mrz, MusicMaker, ToneKing? 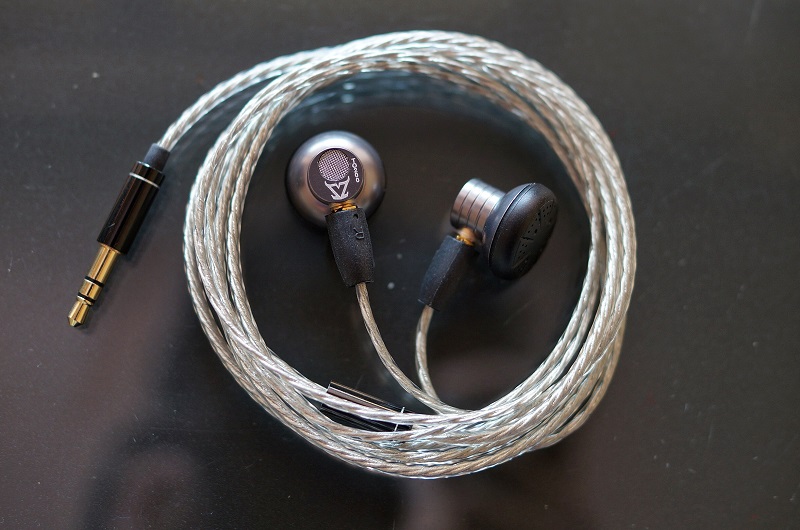 ToneKing rose to fame with the release of Tomahawk some years ago but remained a mysterious company to the western world. The company had since changed its name from MrZ to MusicMaker and later ToneKing. I do not know the reason behind the frequent rebranding but the last and current name is probably the company’s attempt to Latinize its Chinese name TianKui, using the same TK initials.

ToneKing Tomahawk used to be the talk of Head-fi. What puzzles me is why the later releases from the same company do not achieve the same level of fame and success as the Tomahawk? Maybe and just maybe, newer, cheaper and better earbuds are mushrooming so the later ToneKings like the mid-range TO200 and the flagship TY2 have been overlooked. So, now I am writing this review to do TO200 justice.


Physical
While I can’t say for sure that all Chinese earphones have robust builds but I am sure that ToneKing earbuds are very rugged. I have TP16, Tomahawk and TO200 for some time now; I knock them around, drop them on the table, shove them in my bags and chuck them in my jeans pockets everyday. They have been squashed and tortured by me and they seem to hold out pretty well, I do not notice degradation of any kind. 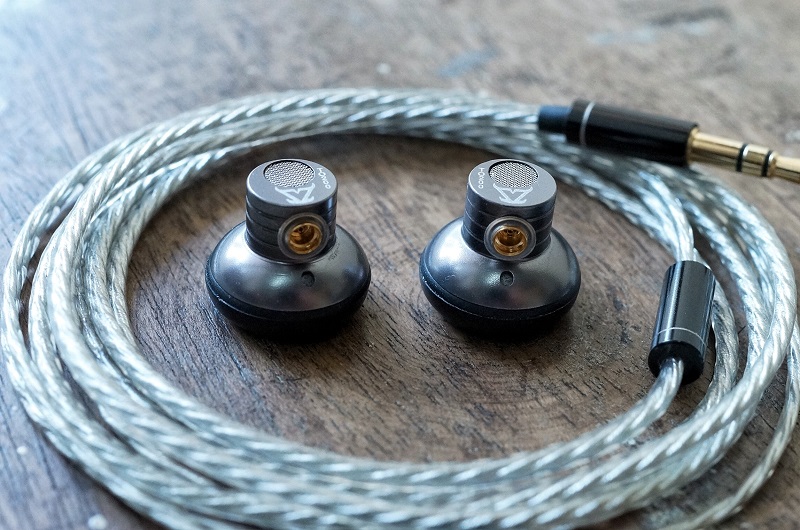 TO200 looks intricate compared to TP16 and Tomahawk but the build quality is just as good or better than its predecessors. The TO200 I have was nicely put together and I do not notice any glue residue or uneven gap on the unit. On first glance, TO200 does look oddly similar to TO300 but the latter has no detachable cable. TO200 inherits the same generic plastic inner shell of Tomahawk, TP16 and most of other MX500 earphones. The metal outer shell is a unique design shared exclusively by the three TO siblings (TO65, TO180 and TO200). The dark grey finish of TO200 gives it a very classy look. One minor gripe I have with the TO200 is the LR indication. The L and R markings are printed minutely at the sides of the earbuds; it makes differentiation in the dark a pain. 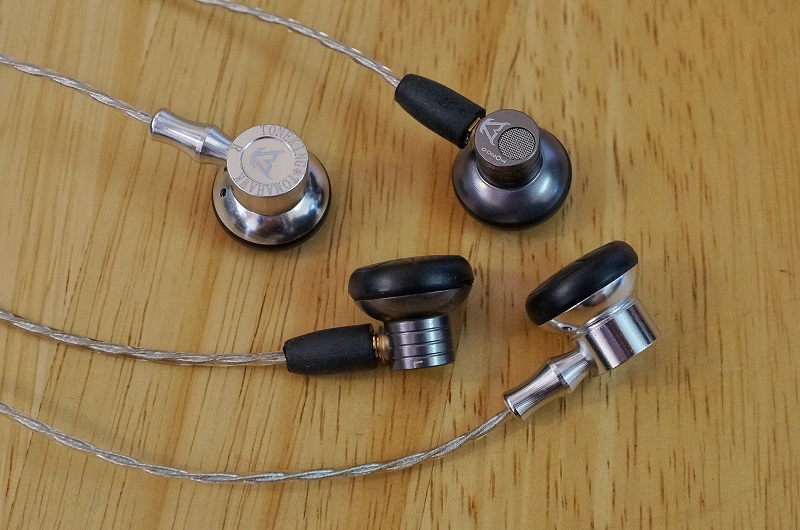 Obviously TO200 will not win any beauty contest; this pair of earphones simply does not have the look. It is not exactly a love at first sight for me, and then again I never really like the look of a Tomahawk either. TO200 departed from the familiar design language of Tomahawk and TY2 as TO200 no longer has that fancy bamboo shaft and it is not the shining knight that its predecessors were. When I weighed TO200 and Tomahawk with my bare hands, I was surprised to find that TO200 actually feels lighter than Tomahawk and it fits better in my small ears. There is no fatigue to speak of when I inserted TO200 into my ears but Yuin Docomo shell still has the crown when it comes to comfort. 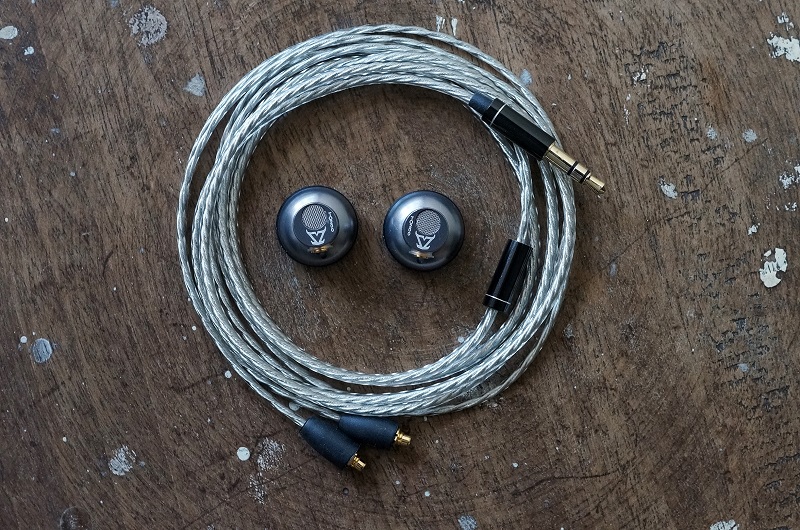 Physically, the cable of TO200 resembles the cable of TP16 and Tomahawk but it terminates with MMCX ends, thereby opening up the option of swapping to another MMCX cable. The stock MMCX cable is made of 4N high purity silver-plated oxygen-free copper. Phew. It is soft and microphonics are essentially non-existent when I used it with the earbuds. The cable certainly does not look as fancy-pansy as those aftermarket braided cables but it is perfectly functional and inspires quality, I have nothing but praise for the cable. 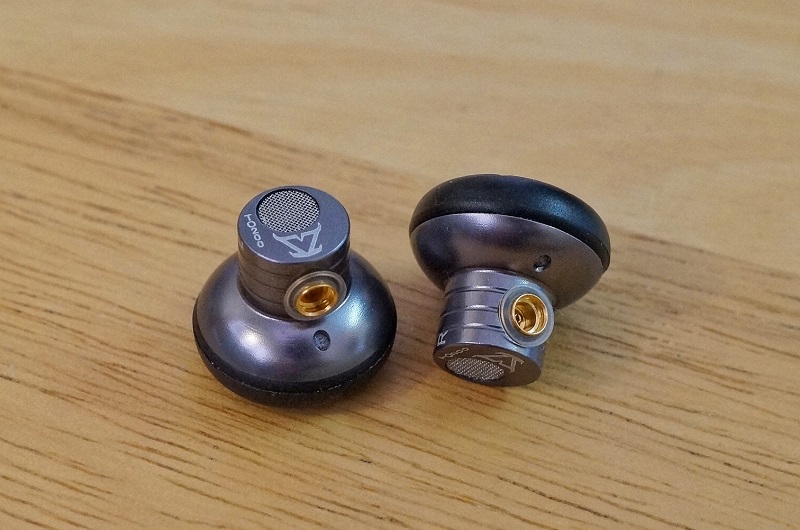 
Sound
TO200 benefited greatly from the higher impedance design. Higher impedance earbuds utilize stiffer coils hence they require more power to move the membranes. Theoretically if a driver is harder to move, it is also more controlled. I usually listen to music at medium level in quiet environments. The noise floor of this 200ohm earbuds is extremely clean. With TO200, I can finally enjoy crystal clear music in the middle of the night.

Compared to the already good TP16 and Tomahawk, TO200 delivers an even better listening experience when amped right. While TP16 and Tomahawk has U-shaped sounds, TO200 is more resolving and has a flatter frequency response. This upgrade in clarity was not done without any trade off as I find TO200 less cheerful sounding than its predecessors. 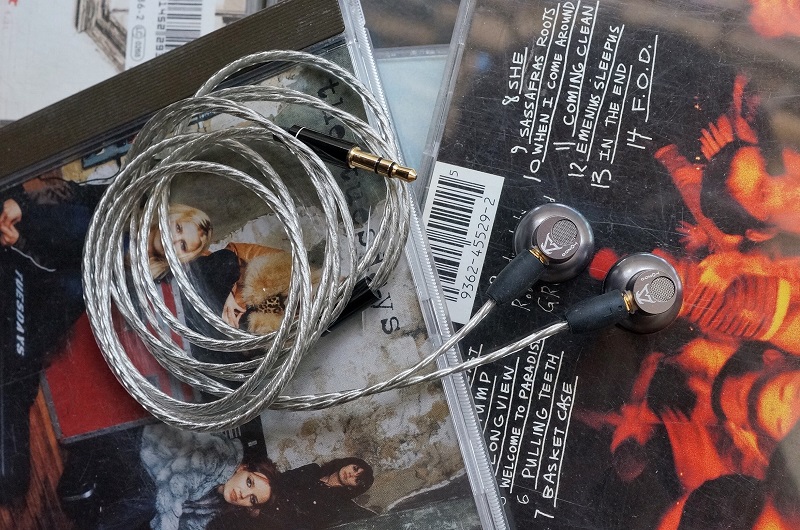 Highs
I must say, female vocals sound incredible with TO200. They are transparent with good level of clarity, impactful but have no sibilance or harshness in the sound. While the treble is not really sparkly, it is also not fatiguing and I find it quite enjoyable for long listen.

Mids
Good mids run in TO200's DNA and TO200 was probably built for acoustic-centric songs. The mids are well controlled and smooth across the spectrum, and the tones are clear and revealing. Vocals are presented very accurately with good resolution, again if amped right. TO200 never failed to pleasure my ears. At times, I turned around to inspect my surrounding as I was convinced that the sound came from outside the earbuds.

Lows
The bass of the TO200 is average at best. It is extended but sounds grainy to my ears. I didn’t get much slam or rumble even when I was listening to deafening rock tracks, the bass quantity is just not there. I definitely wouldn’t count on TO200 to render bassy songs. On the bright side, the laid back presentation of the low does not overpower the rest of the spectrum. Pun intended here. I find this gentle sound delightful as I am not really a basshead per se.

Soundstage
The soundstage of TO200 is surprisingly huge, surpassing that of TP16 and Tomahawk. It is something I have yet to come across in a pair of earbuds. Positioning of vocals and instruments is great. The longitude separation is wide; in fact in some cases the separation is too much for my liking.

Source
I auditioned TO200 with various devices (built with AK Asahi Kasei, ESS Sabre, Cirrus Logic DACs) and tried it amped and unamped. It’s clear to me that TO200 will not sing without an amp. 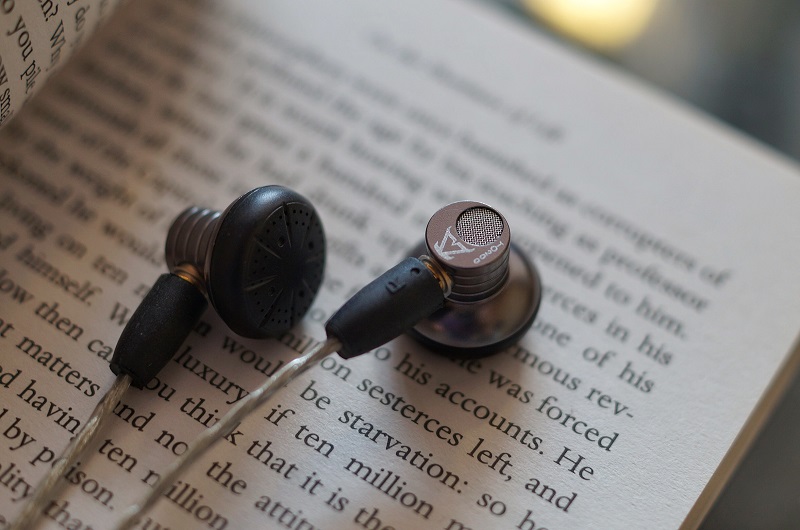 Conventional wisdom tells me that earphones with big vents should have hollowness to their sounds and sealed earphones like most of the IEMs have fuller sound.

The vents on TO200 are hard to miss; they probably contributed to the huge soundstage. I have tried to wear TO200 with the plastic inner shells buried in my ears, they sounded similar to what I hear when I am wearing them correctly but with the volume cut to about 60%. As the tinkerer that I am, I sealed TO200 vents with my fingers. The sound did change slightly and accordingly but even with the vents closed up, TO200 did not sound muffled. I repeated the same experiment on my Headroom MS16, the sound changed very significantly. Then I tried the same experiment on my Fidelio S2; closing up S2 vents also resulted in an obvious change of sound.


Overall Thoughts
TO200 broke away from the ToneKing's signature fun sound. It is smooth sounding yet analytical, a combination that is hard to come by. Also thanks to its unique design, TO200 has an enormous soundstage with excellent imaging. Pair these great audio qualities with the excellent build, TO200 is indeed a gem of earbuds. I can wholeheartedly recommend TO200 to my head-fi friends here.

Disclaimer, TO200 was provided as a sample for the purpose of review.
https://www.aliexpress.com/store/3216145
Reactions: Viajero, nhumdorn, knudsen and 6 others
Read more…

I am actually pretty impressed with my pair.

Wyatt Mills said:
I am actually pretty impressed with my pair.
Click to expand...

I like it better than my other earphones but you really need an amp to unleash its full potential.
You must log in or register to reply here.