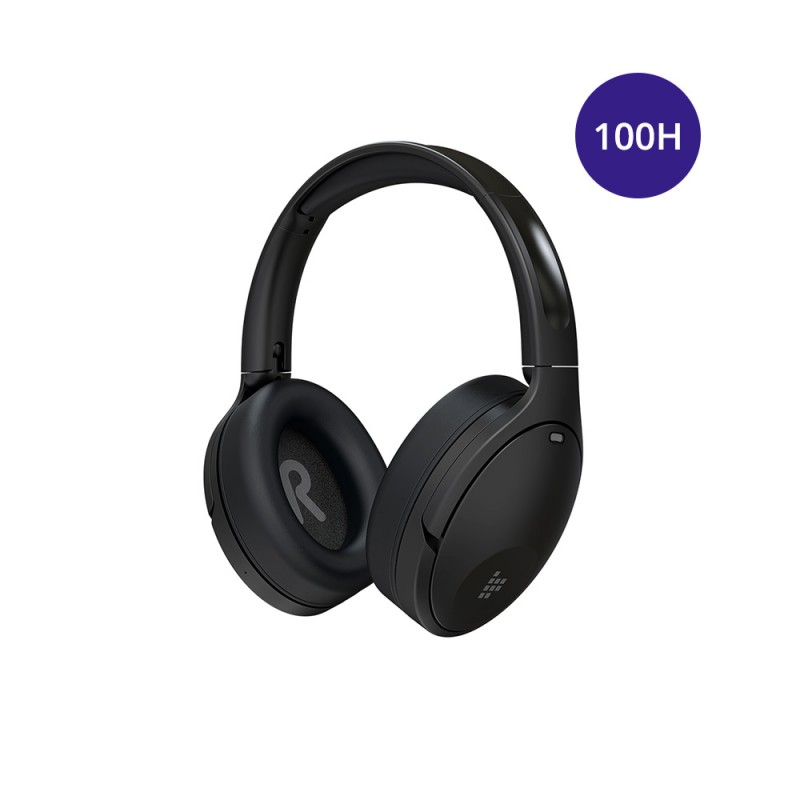 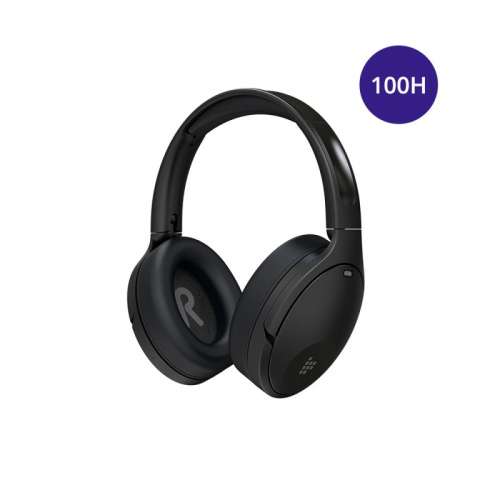 Excellent set of inexpensive headphones.
Pros: Very good sound quality for their price. Nice touch controls. No noise floor when ANC is switched off. Good bluetooth range. Fast and reliable pairing. Superb battery life. Reasonably good active noise cancelling. Nice 'big' sound that's not fatiguing. No lag when connected to an inexpensive Bluetooth transmitter and Amazon Fire HD
Cons: They do feel cheap. Earpads could do with being just slightly larger. Pads could do with being a little firmer. Definitely could do with having some more volume. (although the last notch does appear to produce a pretty big boost).

For various reasons I appear to have rather a lot of bluetooth headphones in my collection - in fact, nearly all of my headphones are either bluetooth or often run with additional bluetooth hardware. Amongst my collection I have the Sony WH1000XM2, WF1000 XM3, Mavin Air-X, Lypertek Tevi, iBasso CF01/IT00 combination and the Tronsmart Apollo Bold’s. 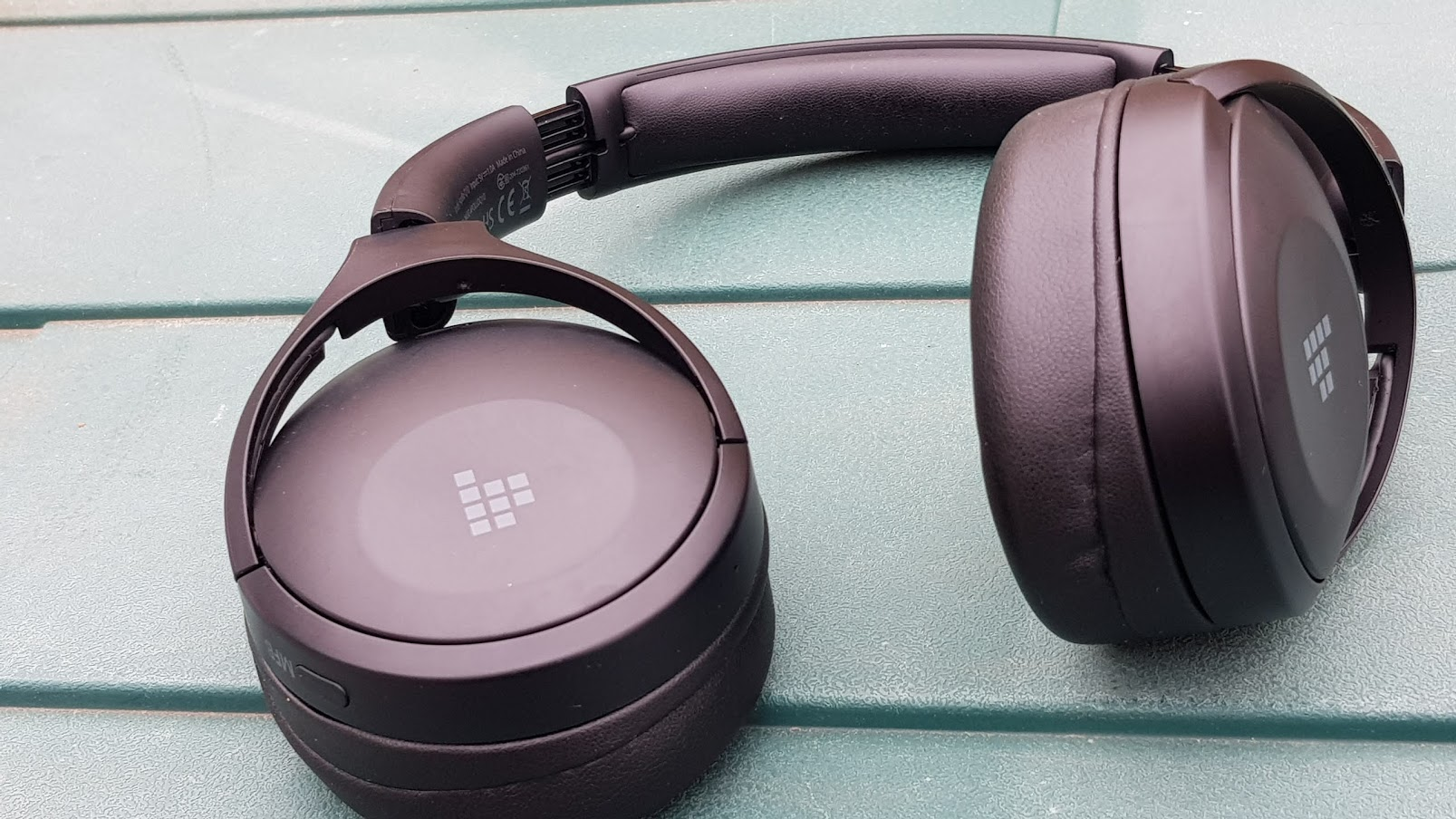 My first experience with Tronsmart products were the Bold’s - which I initially found way too bassy for my liking. However, a combination of continual use coupled with an Android application which has enabled some changes to the EQ and a discovery that they sound utterly superb at low volume has very much changed my opinion of these headphones and they’re now amongst my favourites - especially for use in bed at night. Their software application allows you to change the touch controls and this has enabled me to eliminate one of the things that really bugged me about the Apollo’s - their way to sensitive touch controls. 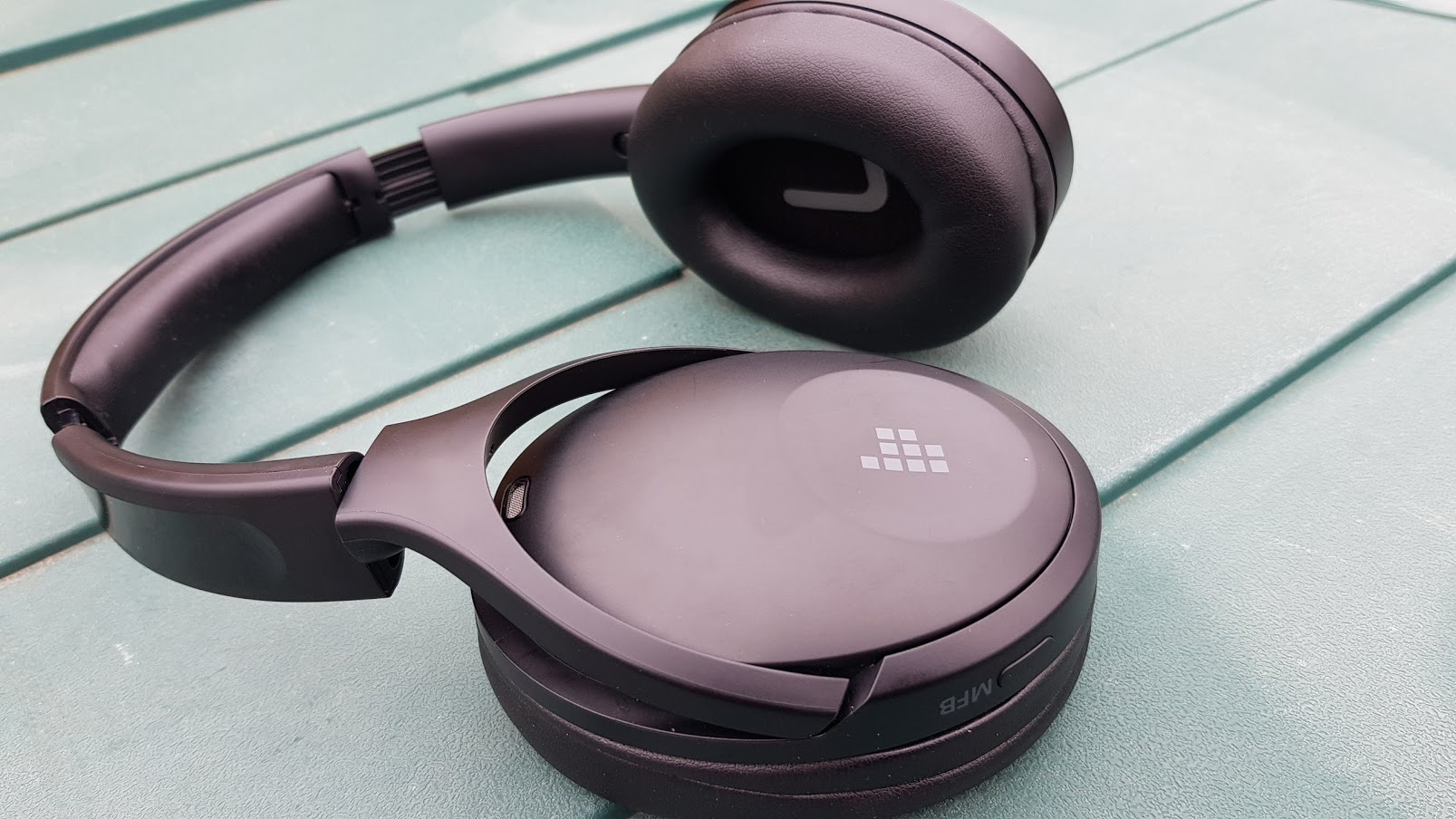 Subsequently, Tronsmart sent me their rather impressive bluetooth speaker which I also found very impressive for their size and price. Now I have their Q10 in my collection and I have to say that Tronsmart are producing some really impressive hardware for an excellent price. I must admit my first impressions of the Apollo Bold's were that they were too bassy. However, thanks to a combination of burn-in an alternative EQ from their Android application, their sound quality improved significantly. Interestingly their Q10's didn't exhibit the excessive bass that the Bold's had at first. This was most welcome and, to be honest, not what I expected.

Right up front I have to say that the Q10's feel a little cheap. The plastic feels thinner than, say, the Sony WH1000XM2’s or even my Sennheiser HD598SR (which also does feel quite plasticy). As a result of this they are light though. The pads are pretty soft - which certainly helps with additional passive noise cancellation. Personally I would have liked the pads to be slightly firmer - I changed the pads on my WH1000XM2’s to the excellent Dekoni pads which definitely improved the feel of my Sony's - the pads on the Q10's kinda remind me of the original Sony pads. The headband also features some padding. 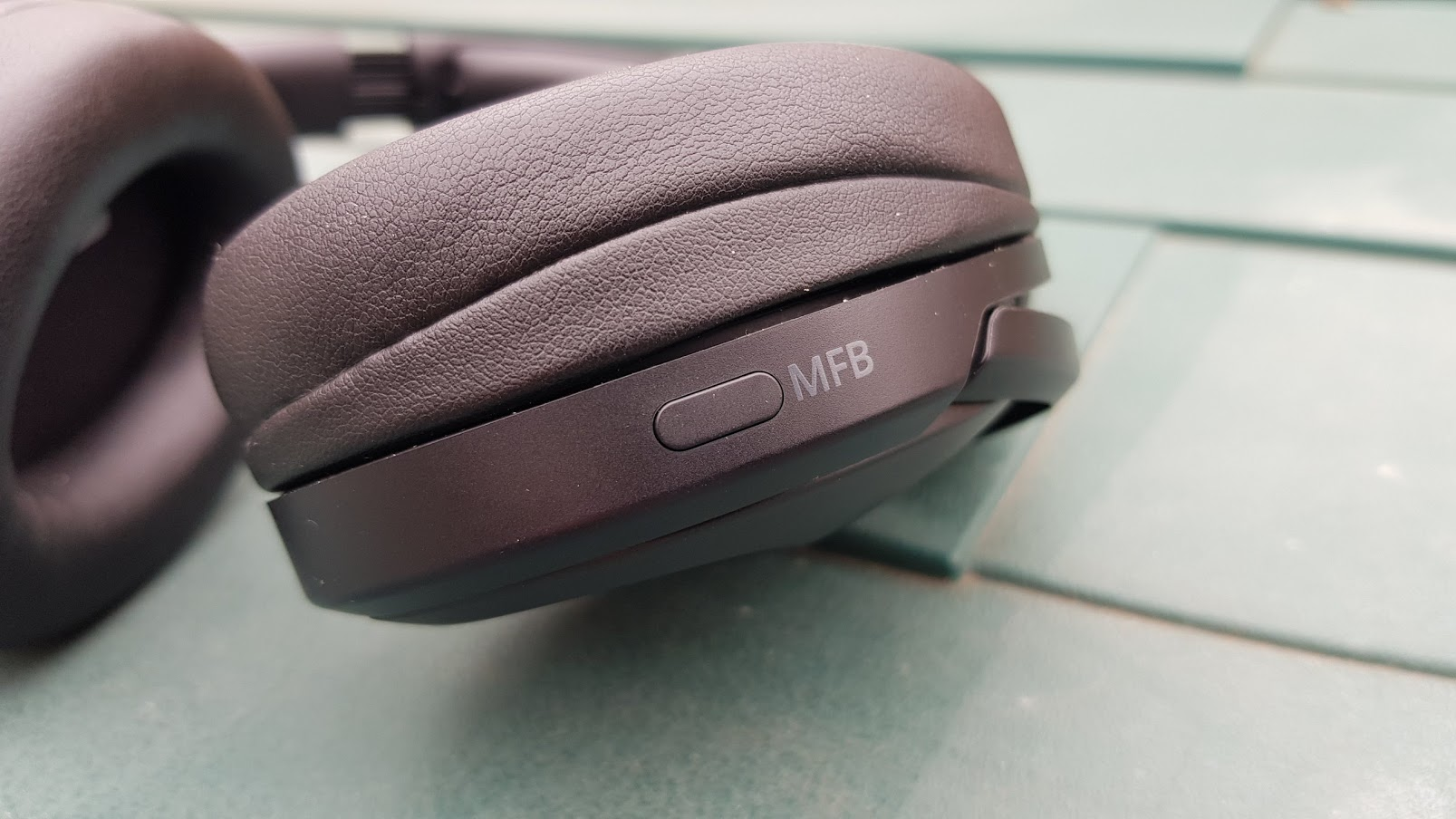 Fit is obviously a personal thing. I would rate the comfort level of the Q10's at about the same as the Sony's - that's a good thing. The cups do qualify for 'over ear' status rather than 'on-ear' for most people. I would say the cups are slightly smaller than the Bose QC-35's for example.They are lighter than the Sony's and feature a similar touch control layout to the Sony's. Swipe up/down for volume, left/right for track skip and double tap for play/pause. Again, this doesn't quite feel as nice as the Sony's but the feature does work - although the 'dimple' where the touch sensor is does take a little getting used to. - and let's not forget that these cost a fraction of the Sony's price. Really the only thing that’s significantly different is the palm over the earcup to listen immediately to what’s going on around you which I think is unique to Sony.

Battery life is allegedly excellent - perhaps the very best out of all the currently available full-sized Bluetooth headphones. Tronsmart claim up to 100 hours (this will almost certainly be based on using low volume and low resolution codecs. I certainly haven't had the chance to test the battery life out for myself yet but I see no reason why the Q10's wouldn't produce exceptional results. 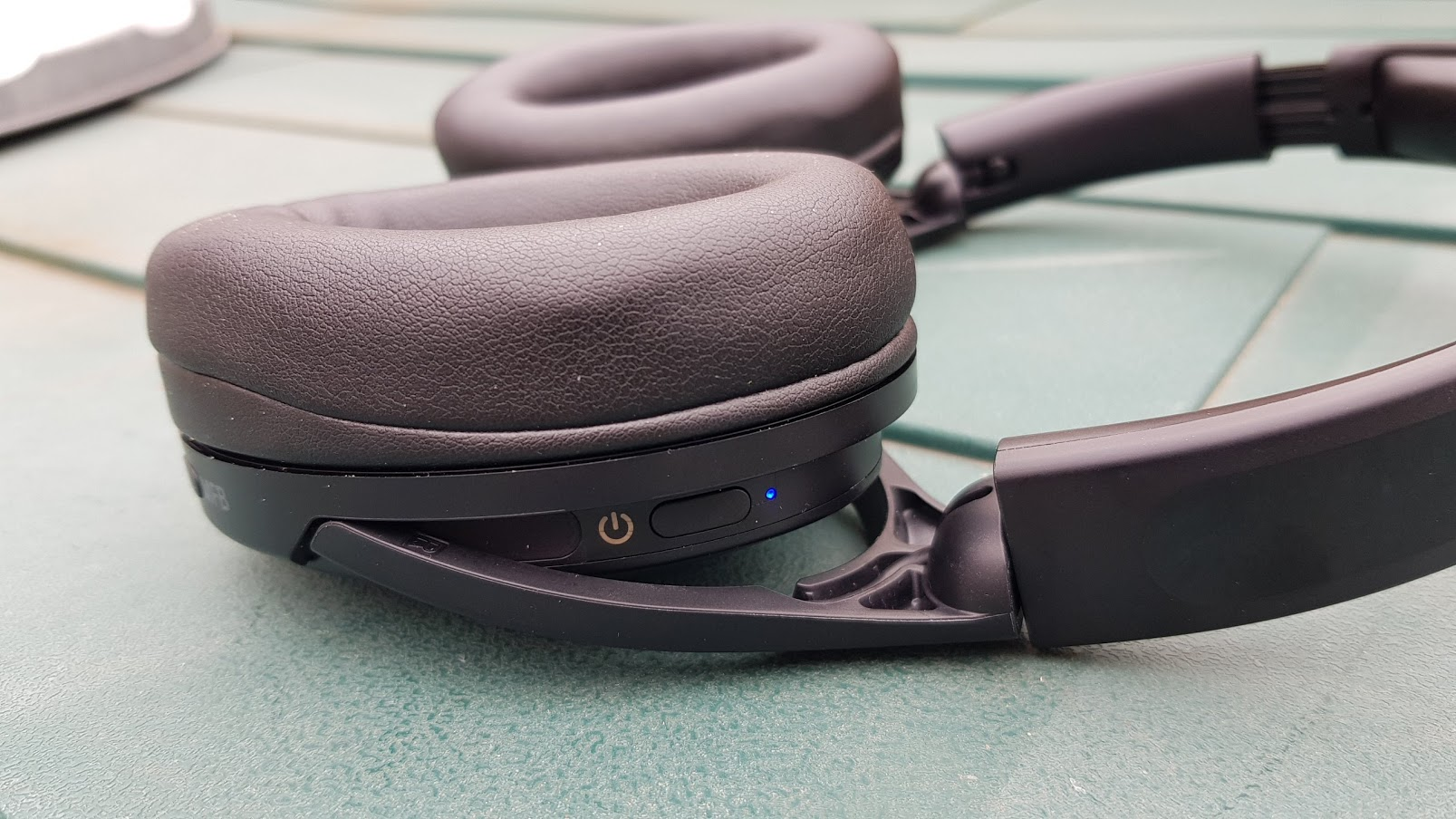 Interestingly, there's no sound input socket - the Q10's are Bluetooth only. I don't have a problem with this as I have never really used the audio cable on my Sony's - after all, what's the point in having Bluetooth wireless headphones if you're going to use a cable. 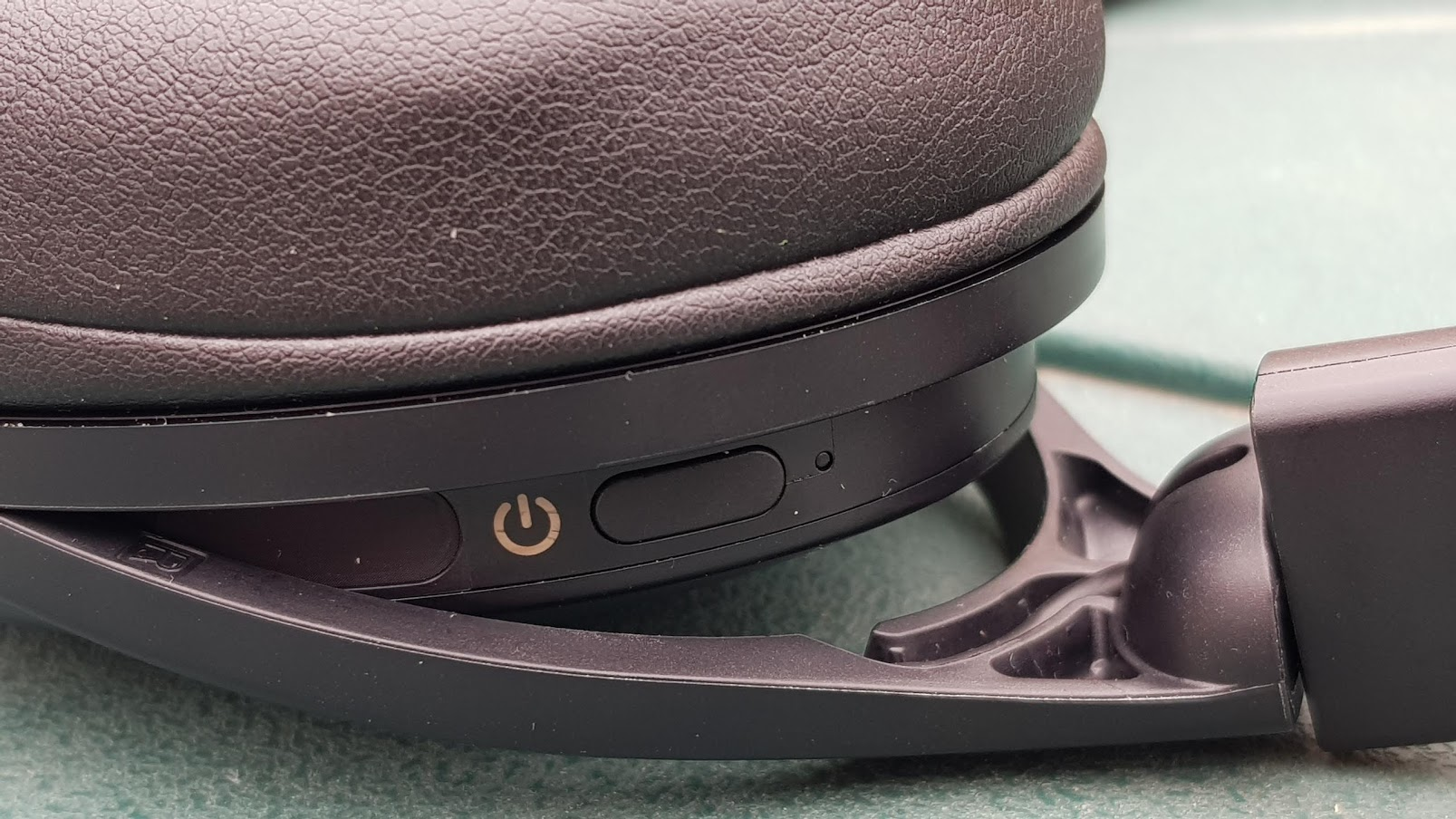 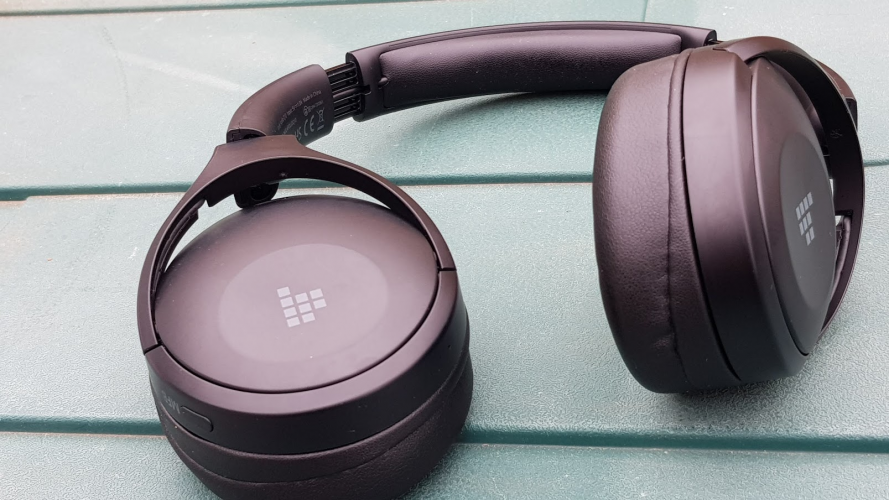 Pairing mode is activated by double tapping on the Power button - this works great and effectively means that the headphones can very quickly be used with any bluetooth device very easily.

I must admit, being something of a headphone snob, I wasn't expecting too much but I have to admit I was pleasantly surprised.The Q10's use the AAC codec. It would have been nice for them to have APtX but AAC is more than acceptable. As with pretty much all other headphones which feature active noise cancelling, the Q10's to generate a small amount of noise-floor when activated but when it's switched off, it's nicely silent.

The Q10's feature three sound modes - active noise cancelling, ambient mode and noise cancelling off. These modes are activated by simply pressing and holding for a couple of seconds. Works well enough. The active noise cancelling isn't quite as good as that found on the Sony's or Bose QC models. It does work though and appears to cancel out some of the higher frequencies (more like the Sony's than the Bose's ANC). The ANC does have an effect on the sound quality - making the sound slightly thinner. Generally though, the sound exhibits the same 'fullness' that you find with their Apollo Bold ANC IEM's. It takes a little getting used to.

The overall sound character is fairly flat. Bass has some decent slam and the top-end is pretty sweet sounding. Mids are slightly recessed but still fairly detailed. The one thing I did find somewhat disappointing was the volume - the Q10's definitely don't go as loud as the Sony's. Don't get me wrong, they do go loud but I find that I'm nearly at maximum volume most of the time - especially for music listening. All in all though these really are a pair of nice-sounding headphones and represent excellent value for money in my opinion.

One thing about the Q10's which I really REALLY like is that they pair up nicely with both my Amazon Fire HD and an inexpensive Bluetooth transmitter without showing any signs of lag. This means that they make excellent wireless gaming headphones. The sound effects on Call of Duty Modern Warfare is absolutely awesome with these headphones - - lots of dynamics and bass slam - and no lag. Love it!

I have to admit I'm stunned at the superb value for money these headphones represent. Tronsmart have focussed on pretty much all the things that make up a good pair of wireless, Active Noise Cancelling Headphones without sacrificing much. Perhaps Tronsmart are now at the stage as a company that they would produce a 'flagship' full-size ANC headphone which would compete with Sony, Apple, Bose, etc - with no compromise on build-quality. If the Q10's are anything to go by, they would thrash the competition. High praise indeed.
Read more…

What is it like talking on these? Is there sidetone background noise bleeding in through the speakers? Or is there silence? Can this be adjusted?