Go ahead. Do things with Valhalla 2 that you’d never attempt with other OTL tube amps. Run low-impedance headphones. Use IEMs. Valhalla 2 is a complete re-imagining of Valhalla, with improved performance, higher output capability, lower distortion and output impedance.

Tubes Made Flexible
While most tube OTL amps are really only designed for 300 ohm Senns and 600 ohm Beyers, Valhalla 2 stretches to include headphones that you’d never expect to use with a tube amp. Go ahead. Use it with Grados. Run it with AKGs. Rely on it for many IEMs. You may even like it with high-efficiency planars like LCD-X, LCD-XC, Oppo PM-1 and HE-400.

A Complete Desktop Preamp
Valhalla 2 also adds two important features: preamp outs and a gain switch. Preamp outs let you connect your powered monitors directly to Valhalla 2, to give them some of what some people call “tube magic.” The gain switch gives you better control of both output level and impedance, for better matching to your headphones. It's easy to build a complete desktop system around the Valhalla.

Not Your Father’s Tube Amp
If you’re expecting syrupy, tubby, euphonically colored tube sound, you’re in for a shock. Valhalla 2 is exceptionally accurate, neutral, and resolving, without being strident or etched.

Pros: fun, I forget the time, and keep enjoying the music
Cons: too woolly
Hi I compared the Beyerdynamic T1.2 with the schiit Valhalla2 and the Stax sr-L700 mk1 with the SRM T1-S amp. The T1.2 was too woolly, and the L700 was too bright. So I need a better energizer, I agree. Still the T1.2 was lovely. I like it, and I will enjoy the Valhalla 2 a lot till I can afford a Woo WA2.
Pros: Clean Spacious Presentation, Low Background Noise/Hiss/Hum, Solid Build, Smidgen of Warmth, Plug an Play
Cons: Vol Pot Could be more Precise, Slight Added Glare in Top End, Slightly Rough Upper Mids, Not the Best Choice Tube Rolling Junkies
This is more of a 3 way comparison with the Valhalla 2 proving it self to be the strongest overall performer!

As some one whose spent a lot of time tube rolling and modding/tinkering I was really curious to see how a stock amp like the Valhalla 2 compared to my rolled in wonders. 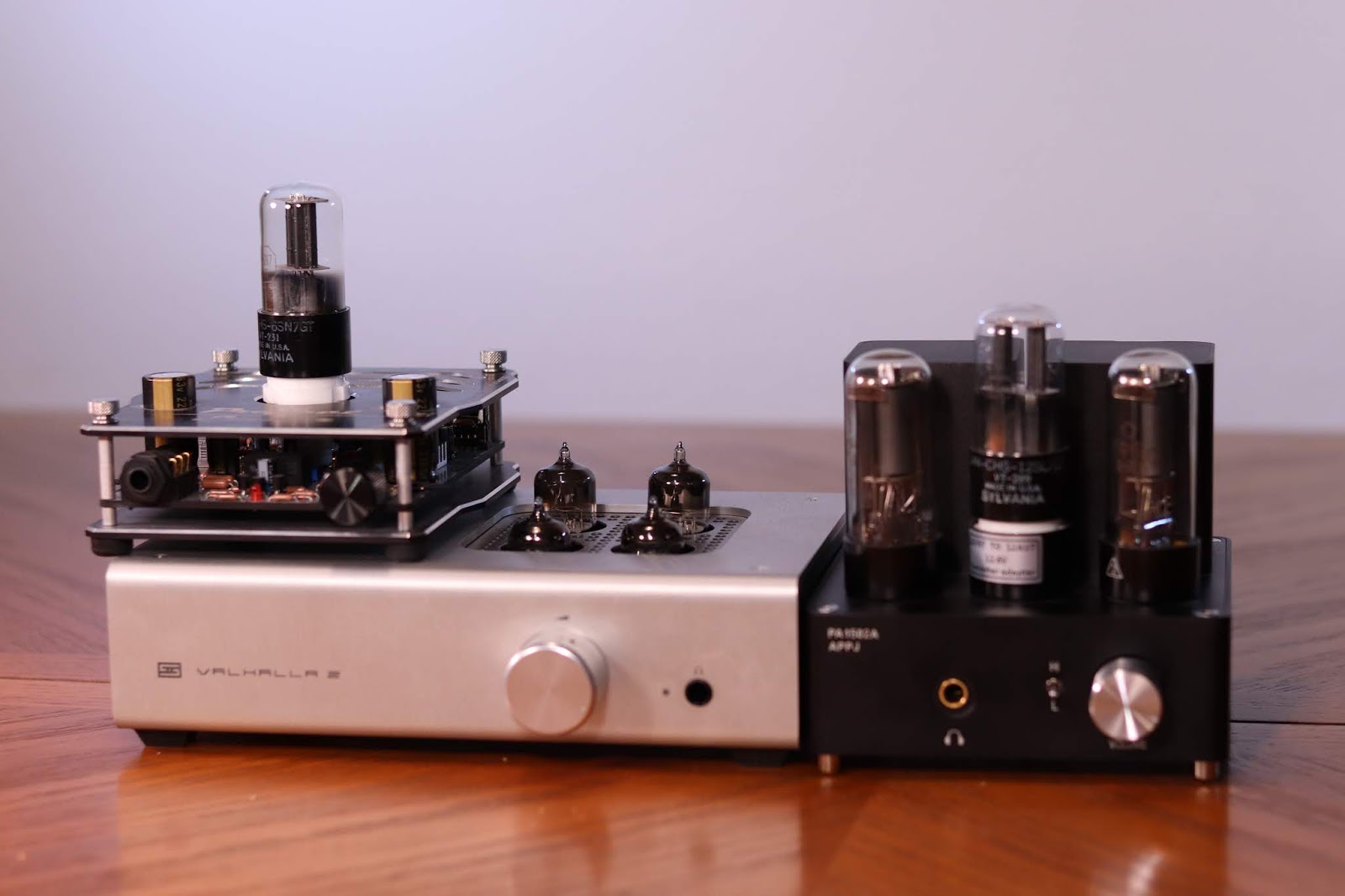 Overall I felt my Modded APPJ pa1502a was the most resolving, audibly it had the highest degree of fidelity or exactness in reproducing sound when specifically paired with dynamic headphones. The mods we did were;
All in all it's the result of about 7 months of research and I'm very impressed with the results! At the end of it all I feel if your able to DIY your likely going to get the highest degree of fidelity for your system with the least monetary cost. But there's extensive knowledge and experience required as any mistakes invoke additional cost. I also had to do some digging to figure out who to have install the mods, as I'm not cleanest solderer. So again time and money can quickly add up when putting together a custom piece. I suppose I lucked out!

But in a sense I feel it's a bit unfair to compare an amp Modded specifically for my exact system, still I wanted to include it to get some perspective on how a more DIY Focused option compares to available retail products. An I'm happy to say there was in fact a retail amp that followed closely behind my own Modded SET! So much so I kinda wish I'd purchased said amp before venturing into my own little experiment. 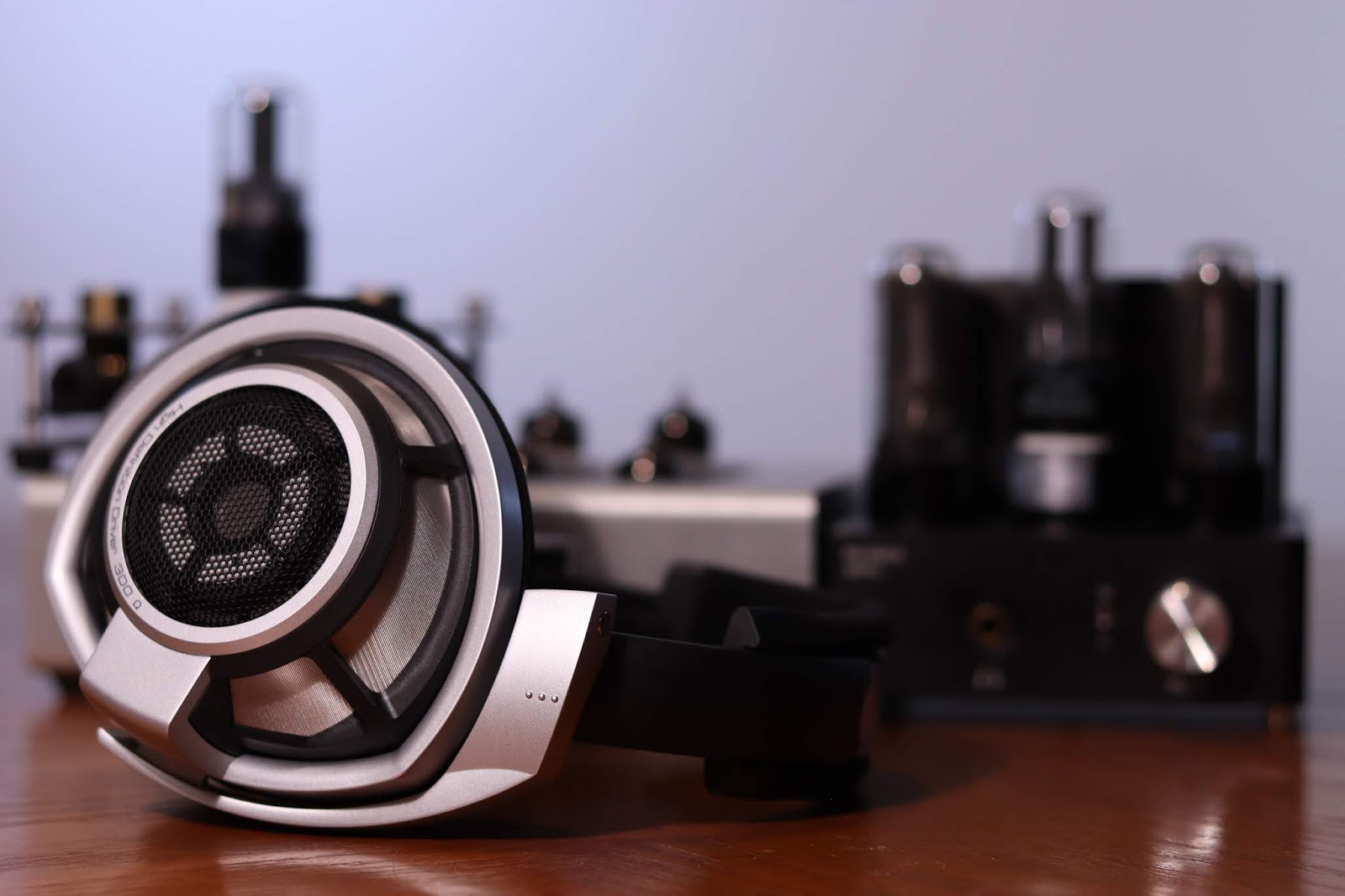 I did my listening with a ZMF Auteur in Cocobolo with their Silver Michanikos cable as well as with my HD 800 using a Audio Envy Tone Kraft Copper.

Each of these I felt was a headphone that had a more natural mid range presentation with even bass response, the HD 800 is brighter up top and very technical with strong staging and the Auteur was a bit more intimate with a more correct timbre and more even tonal response.

An I personally enjoy each with a drier sounding tube amp, so the three amps featured all share that slightly drier presentation in comparison to something like a Schiit Vali 1 or a Cavili Liquid Glass with a thicker sounding Tube.

An again overall I felt my Modded APPJ pa1502a had the most resolve and audible fidelity how ever on high gain an at over 80% rotation I also noticed it was nosier than the other two amps. Thankfully only about 10% of my music requires me to push the amp to this upper limit, and even then I've got around 3-4 dBs of headroom.

Otherwise and overall I felt the Valhalla 2 in stock form was the better amplifier for these more grounded and natural sounding dynamic headphones. Plus it's $100 less offers an audible cleaner output and proves it self more resolving. An while it's slight tonal faults I feel can be remedied with some tube swaps I feel your likely better off just saving that money for a better amp in the future.

As again I feel upgrading the tubes on the Valhalla 2 to correct it's tone could get costly and ultimately money spent on new tubes could just be money spent towards a better amp. So if your like me and you kinda enjoy rolling tubes and seeing what differences exist, this likely isn't the best amp to explore that hobby with! 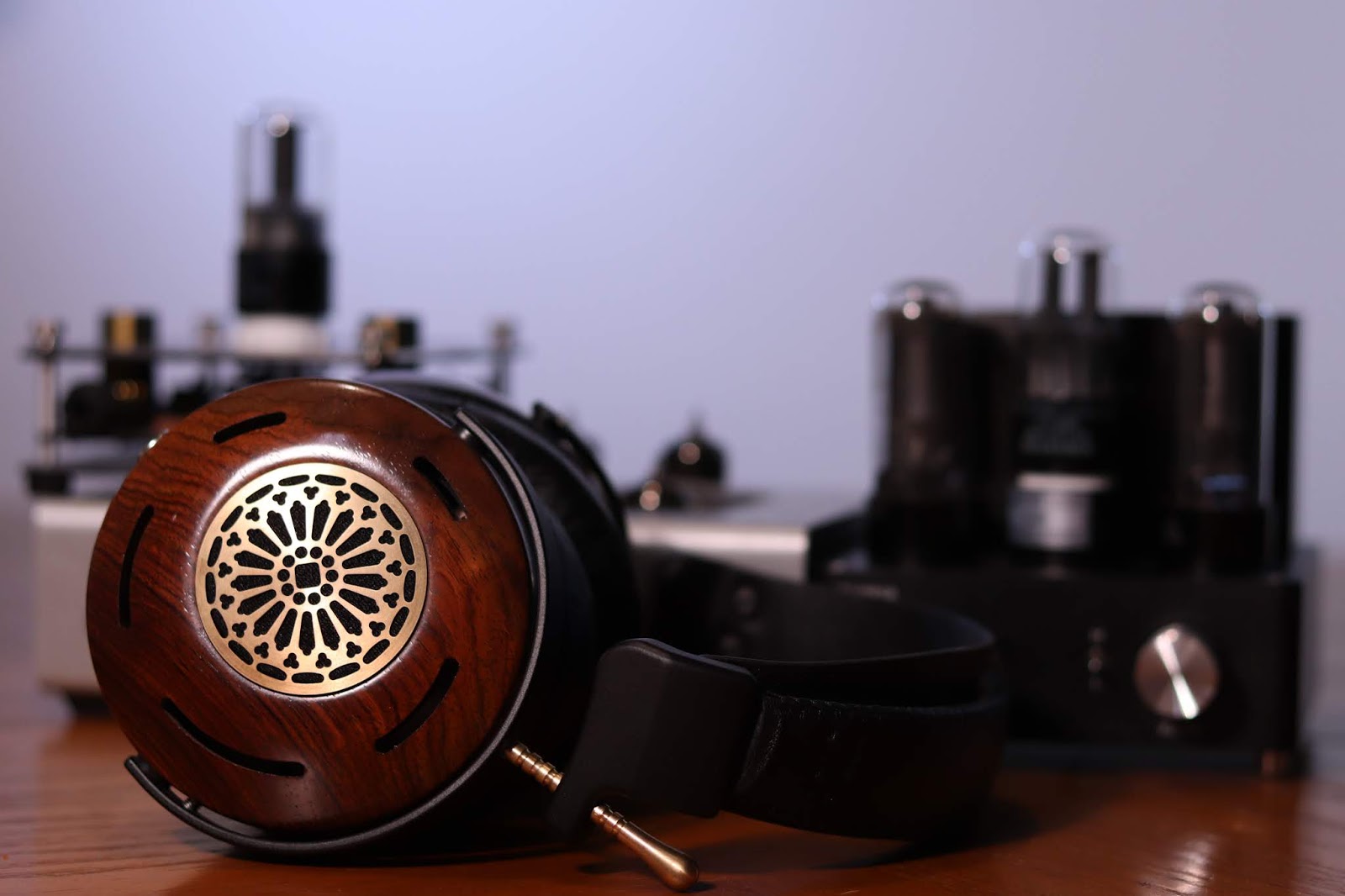 An yes I also felt the Valhalla 2 did give my little Modded Amp a real run for it's money!!! Thankfully, I have purchased an upgrade to my system so my experiment isn't holding me back at this time, though I wonder how much sooner I might have gotten said upgrade if I'd just gotten the Valhalla 2 in the first place...

An I again choose to limit this review to just dynamics as I felt the Hybrid Ember II had a clear advantage driving my Hifiman HE 560 and PreFazor LCD 2. An I've found that typically at this price points Hybrid Units seem to do better with harder to drive Planar Magnetics. Though exceptions may exist and I may explore them in the future.

So for those of you that own large collections of headphones that have very differing sound presentations and amping requirements the Ember II will likely remain an excellent choice given how easily you can adjust it's operation to compliment a variety of gear and sound signatures. 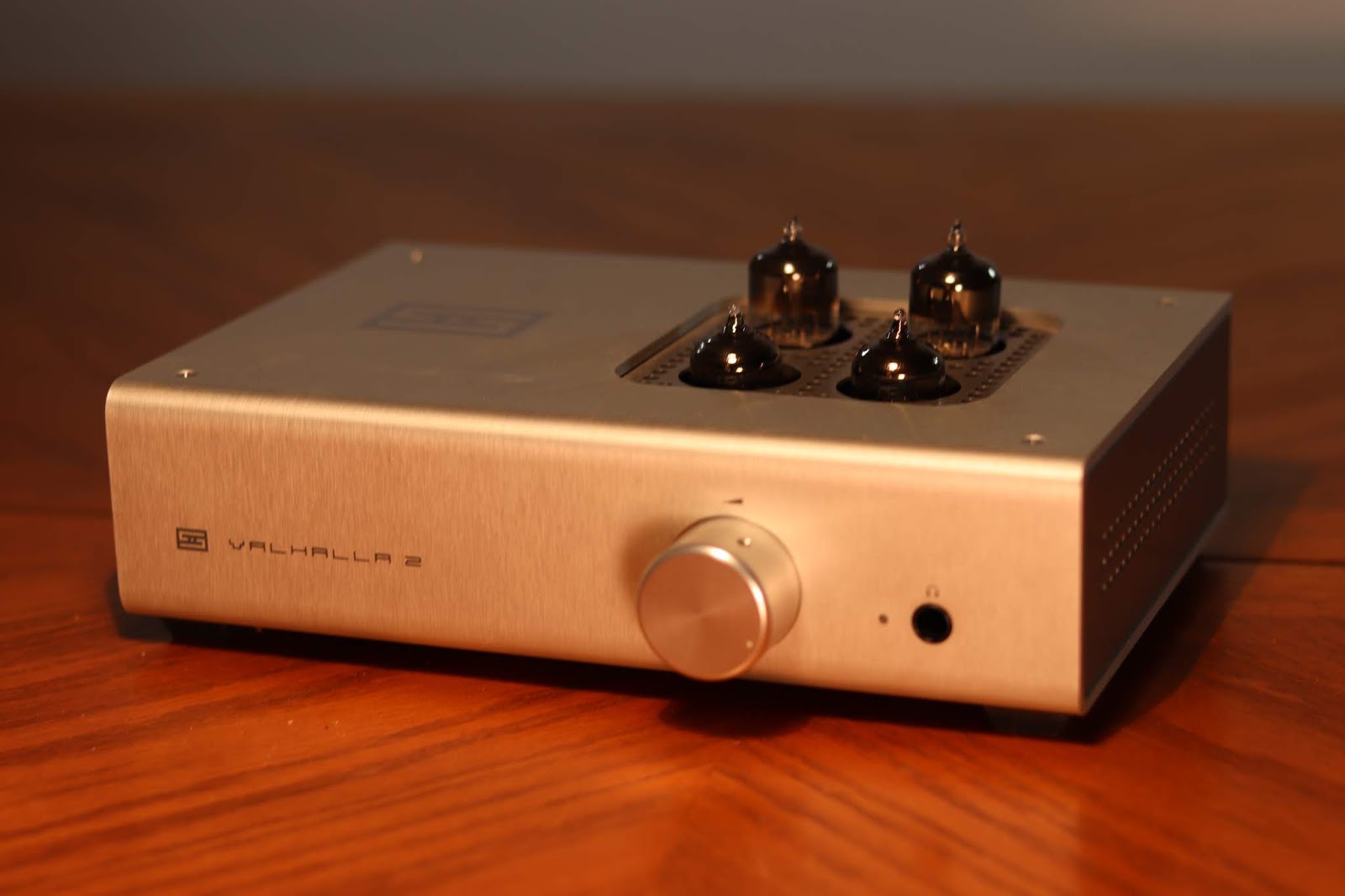 Other wise for those of you with single headphones such as the;
Non the less, at the end of the day the Valhalla 2 get's my full recommendation! It's a stunning product and proves itself an incredible value.

MartussDer
Now i am using Asgard 2 like preamp, but in my onkyo power amp, the result is very "cold" or "dry" with asgard2 like preamp. I just want a little more body (No GAIN) in the bass and mids without using a "DSP or Tonality control that only add Gain", just that. Valhalla could give more "body" to the sound vs a simple solid state preamp?. Regards.

MartussDer
Obviously i am looking for a good headphone tube amp at the same time. I have ordered an Vallhalla 2 five days ago, maybe tomorrow it will arrive. i will compare vs my asgard2 and my others amps and also, its preamp functionallity. Regards.
Pros: Outstanding Value, Beautiful Design, Versatility (Tube Rolling), Powerful, Detailed Yet Smooth Sound, Soundstage, Magic, and No Wall Wart.
Cons: No cons sorry
The HD600 sounded good out of the Magni 3, but curiosity got the best of me...

I was reluctant to spend $350 on an amp, but I felt safe with Schiit's 15-day return policy. After scouring forums and reading reviews, I wasn't able to find a clear answer on how the Valhalla 2 sounds with the HD600s. DarkVoice, BottleHead Crack, Little Dot Mk II & III were being name-dropped everywhere I looked. I decided I needed to make a leap of faith. I decided to go with Schiit for their design, warranty, and reputation. The Valhalla 2 arrived at my doorstep...

First impressions mean everything, and I was impressed. The fit and finish of the Valhalla 2 is beautiful; a work of art. The tubes came carefully packaged and protected. I was happy to see that this amp did not have an obnoxious wall wart. After seating the tubes, I flipped on the power switch...I was met with a beautiful orange glow reminiscent of a cozy fireplace. I let the tubes warm up a bit, and prepared myself for what was to come.

WOW. I noticed a drastic improvement in sound quality. If I can describe it in one word, I'd say "effortless". The Valhalla 2 powered my HD600s effortlessly. I noticed that I could hear details in songs that I previously missed. The sound-stage was cracked open a bit; the music was given more space and clarity. Is this the same headphone? The Valhalla 2 also injected a bit of "oomph" into the bass. The sound became smoother, yet more detailed. It's as if this amp was made for this headphone.

I was happy with the HD600s before, but now I am ecstatic. Now I see why people buy more expensive amps. This amp worth more than it's price. I'm blown away.

I couldn't take my headphones off that night. I just sank into the music. It was truly an amazing experience. It goes without saying that I am keeping the Valhalla 2.
Reactions: Adu and Chopin75
Read more…