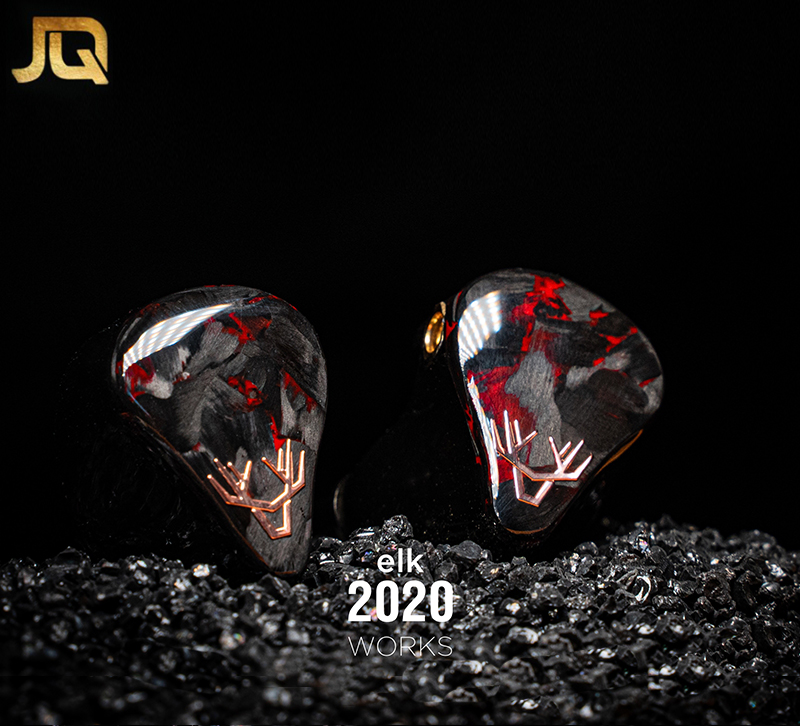 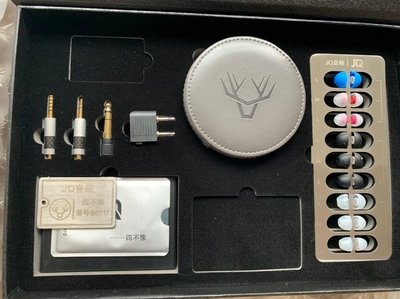 Wild Beast – JQ Elk (8+1 Pro Gen 2/Si Bu Xiang) Review
Pros: Luxury packaging with numerous accessories
- Relative-neutral sound with bass boost
- Spot-on timbre
- Excellent resolution
Cons: Original cable could not unleash its potential
- A bit aggressive in terms of overall sound with the bundled upgrade cable
- Average soundstage
Sound Review by Mikan
​
Disclaimer: JQ Audio has graciously provided us with this sample unit in exchange for an honest review. The views discussed below are a reflection of Project A3's thoughts surrounding the product. The sample has been run-in for at least 50 hours prior to reviewing in order to achieve an accurate representation of the product. 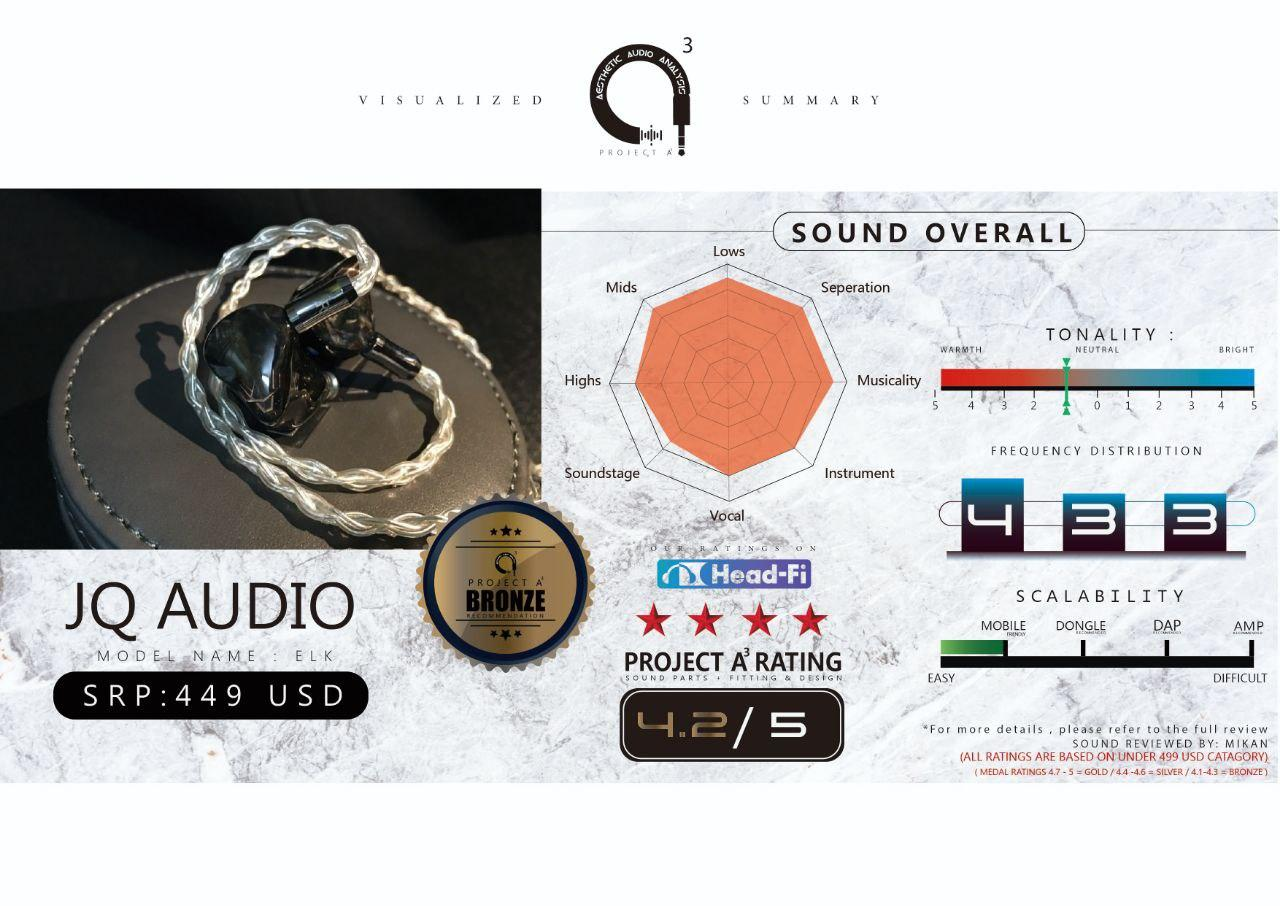 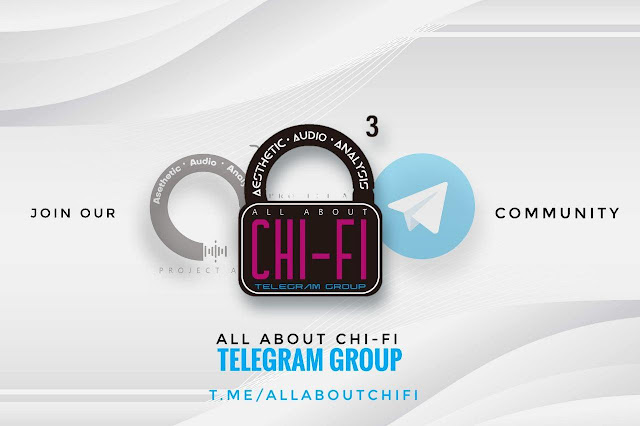 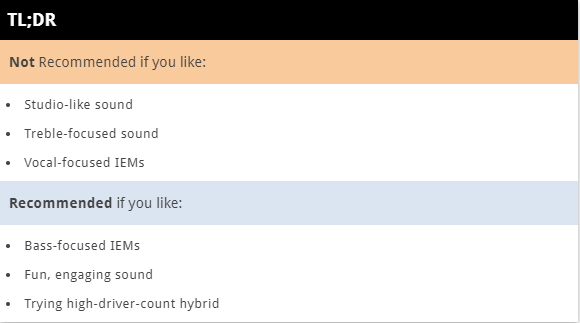 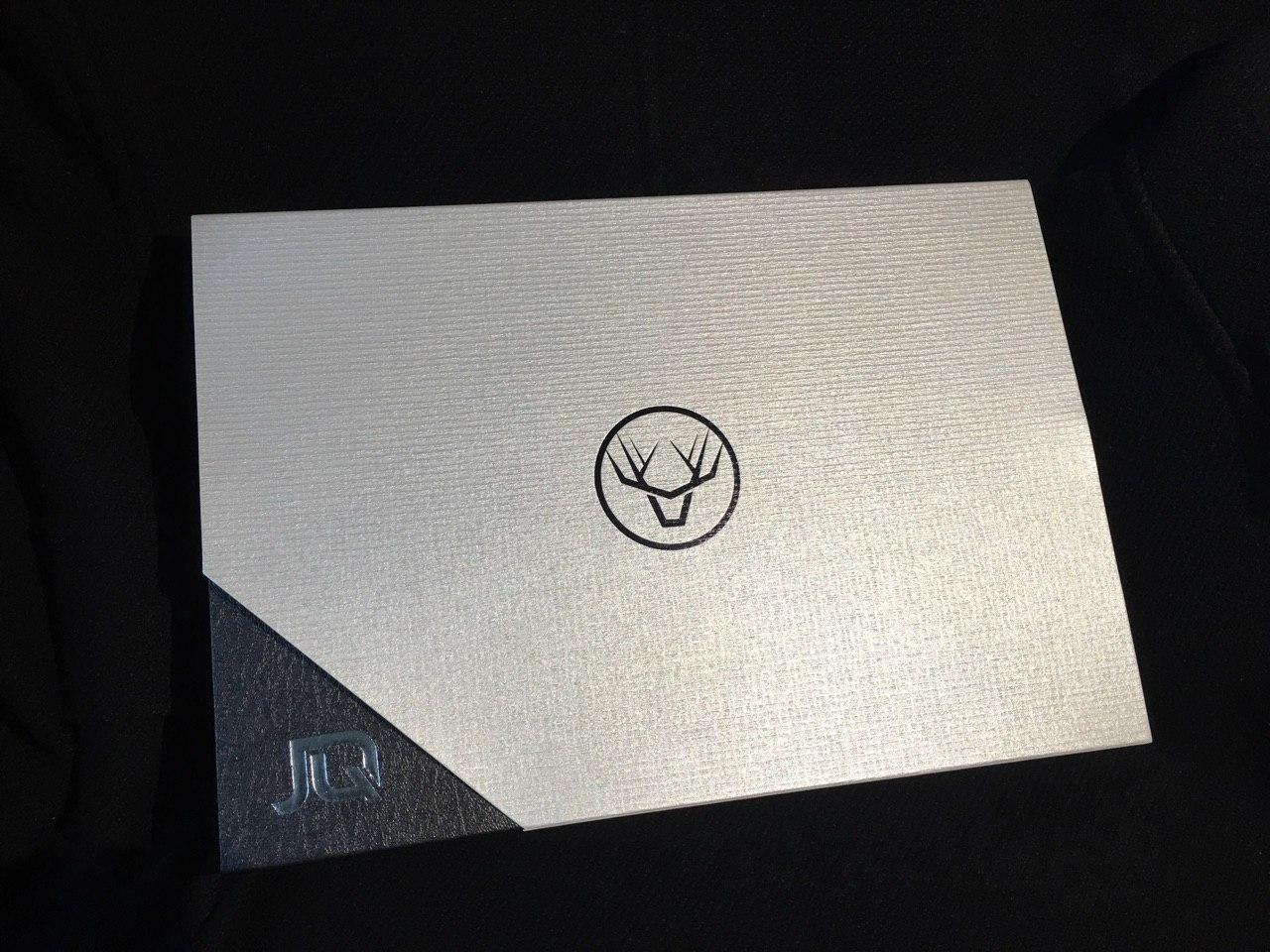 Introduction:
JinQu (JQ) Audio are famous from its flagship lineup – 8+1 Pro and Ingenuity. Originated in Shenzhen, the brand has already developed four models of IEMs as of today. Elk is the updated generation for the DD+BA hybrid for the company, and the previous generation, 8+1 Pro, are well received in the enthusiasts community for its natural timbre and great price and performance ratio. Marketed as a more capable all-rounder than the last generation, we are going to review the Elk to see if that is the case or not. Available at Taobao official store. 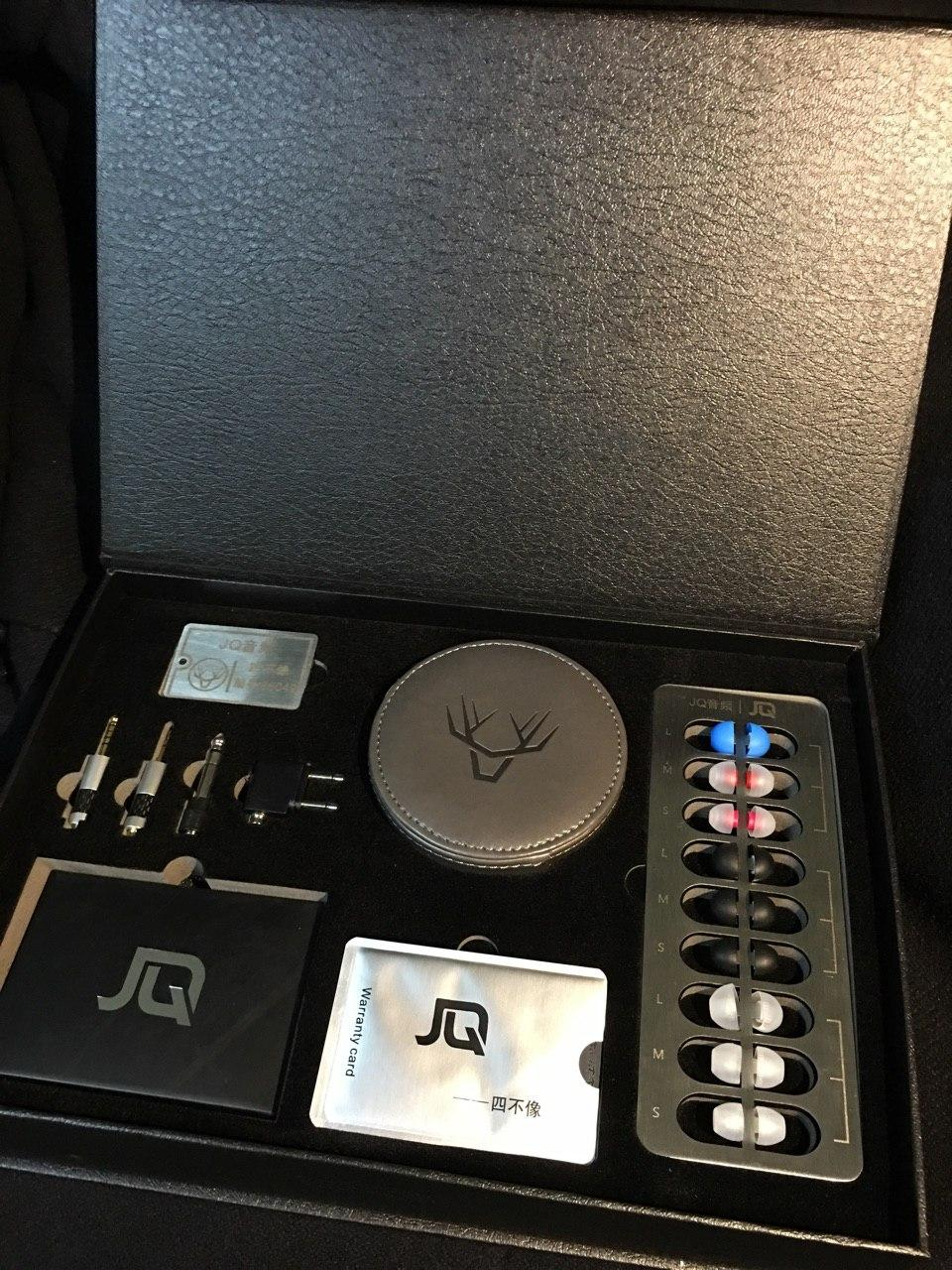 Unboxing:
As an upgrade from the original generation, the Elk also has an entire new packaging with a lot of accessories. After sliding off the jacket from the box, which requires plenty of force, and open the box, there is a badge on the foam welcomes you immediately. In the box, there are four adapters, including an airplane headphones adapter, a 4.4mm adapter, a 2.5mm adapter and a 6.35mm adapter, a badge with the serial number, a box with the bundled cable inside a pouch, a warranty card, the earphone carry case with the IEMs inside, and 12 pairs of eartips. Also, there is a toy gold coin and alcohol prep pads inside the cable box, an interesting choice for bundling those. Overall, the packaging for Elk amazed me, and should be the only Chi-fi IEMs provide such comprehensive accessories til date.

The upgrade cable which could be purchased in combo is also included separately with the similar pouch for the stock cable.


Scalability:
Mainly contributed by the high sensitivity and low impedance, Elk can perform in its maximum potential with my devices listed above. The volume needed for my comfortable listening experience is way less than other earphones that I have tried. 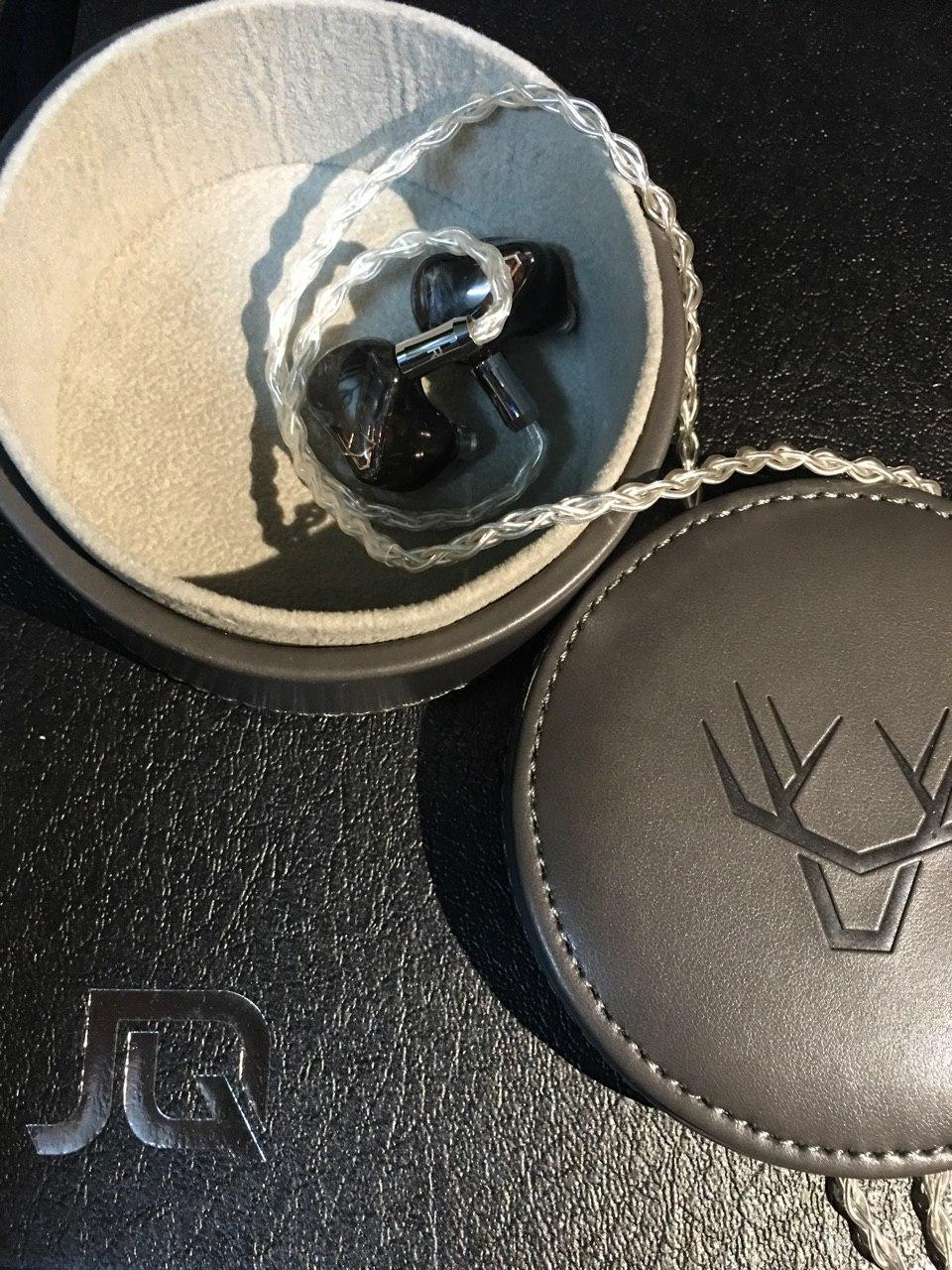 Fit:
The earphones are built with durable polycarbonate shell, which JQ claimed that the source material is Egger resin. The build quality on par with Ex2, which the nozzle is also made with metal. For the faceplate, it is black marble-like with the logo embedded. With the medium eartip provided, Elk snugs into my ears securely, and it is almost non-existent during the listening sessions because of its lightweight. 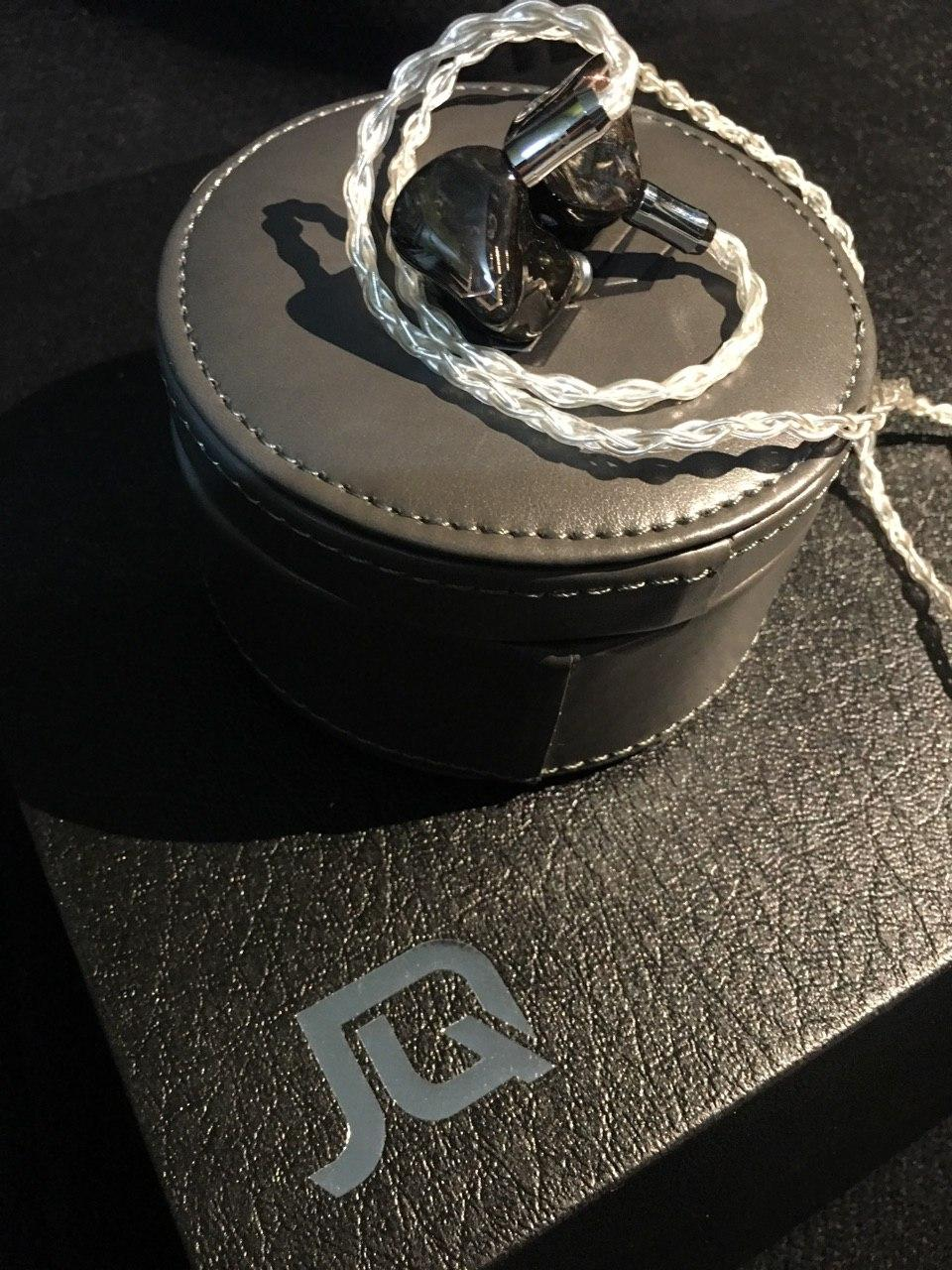 Reference Tracks / Remarks:
Black Eyed Peas – Mamacita (feat. Ozuna & J Rey Soul)​
Powered by the 10mm biocellulose dynamic driver, Elk has an intimidating bass to listen to: just right bass texture and rumble, and appropriate attack. However, due to its sensitivity, after pairing with the upgrade cable, the bass is quite intense to listen to, especially when it is operating in higher volume. When compared to the 1st generation (the original 8+1 pro), Elk has a punchier bass, and the original generation is more bass shy and does not have the rumble and texture that Elk can provide.

Reference Tracks / Remarks:
Eason Chan – Exaggerating
Linkin Park – Blackout​
Similar to other bass-emphasised IEMs, namely 64 Audio N8 & Empire Ears Legend X, the mids performance of Elk is hindered by the bass. However, due to Elk’s calmer elevation from the lower subbass region than that of the others, it does not give me an impression of the mids being distant which the above-mentioned earphones did. The electric guitar and the synthesiser in Exaggerating do not sound recessed nor distant, so as Chester screams in Blackout. 8+1 Pro Gen 1 has a warmer sound in terms of mids, which also differs from that from Elk.

Reference Tracks / Remarks:
Charli XCX – Anthems
Daft Punk – Contact​
Compared to the last generation, Elk has a massive improvement in the treble department, with a much-extended presentation and a just-right treble boost, airiness is provided, which the original 8+1 is somehow lacking. Although the vastly improved treble, the metallic timbre for cymbals & hi-hats is a bit unnatural when playing Contact, which the decay of those clashes is a bit too long. The most surprising part is that the mentioned timbre does not affect the performance of Elk for treble-focused mixes, Anthems sounds enjoyable, contradicting what I expected with the performance from Contact: harsh and unlistenable.

The soundstage from Elk is somehow average. Due to colder & more extended treble than Ex2, the perceptible soundstage in first listen is smaller than Ex2. Actually, the soundstage for Elk is more or less the same with Ex2, as the depth is shallower yet the width is wider. Again, this is already an improvement from Gen 1, which the soundstage is two-dimensional and having no depth.

Even though with a substantial amount of bass boost, the separation that Elk offers remains competent. The vocal positioning is in the centre of my head, without any shift. Also, every element in the music could be heard easily, which is always a pro for 8+1 Gen 1, which the most similar aspect for the two generations.

Reference Tracks / Remarks:
The Pretty Reckless – Death by Rock and Roll
David Tao – Free​
Thanks to the punchy bass with the hefty boost from Elk, genres require bass impact, for example, electronic & rock, sound superb and engaging with the earphones. It is also doing well with other genres with its relative neutral tuning in mids & highs, but a bit weak for acoustics, such as folk, when the bass department is not flexing its muscles. Overall, a total flip from gen 1 where only tracks not requiring bass impact shines.

Similar to separation and musicality described above, Elk provides a decent vocal performance in the price range: a much stiller and firmer rendition than the budget-tier IEMs. However, male vocals or those which recorded with tapes may sound a little bit too warm when pairing with Elk, on par with Gen 1.

Even though the tuning is somehow similar with KBEar Diamond with the bass boost, the recessed mids presentation from Diamond has been alleviated by Elk with the multi-driver configuration. Together with the enjoyable bass, it is almost good as a total all-rounder. However, the acoustic guitar sounds a bit less airy and the drums sound a bit artificial, especially the cymbals/hi-hats than I would consider as a total all-rounder.

The tuning of Elk pays its dividend in the overall sound performance by bringing the punchy bass, correct positioning, nice separation, and providing right amount of airiness in a whole package. However, it should also be taken account that the bass might be too strong for people who are used to listen to bright-sounded earphones, and the timbre for metallic instruments is a bit artificial.


Comparison Chart:
How we compare: We chose other similarly priced earphones or similar offerings from the same brand that Project A3 has reviewed in the past, to ensure that we remain as impartial as possible in our comparisons. 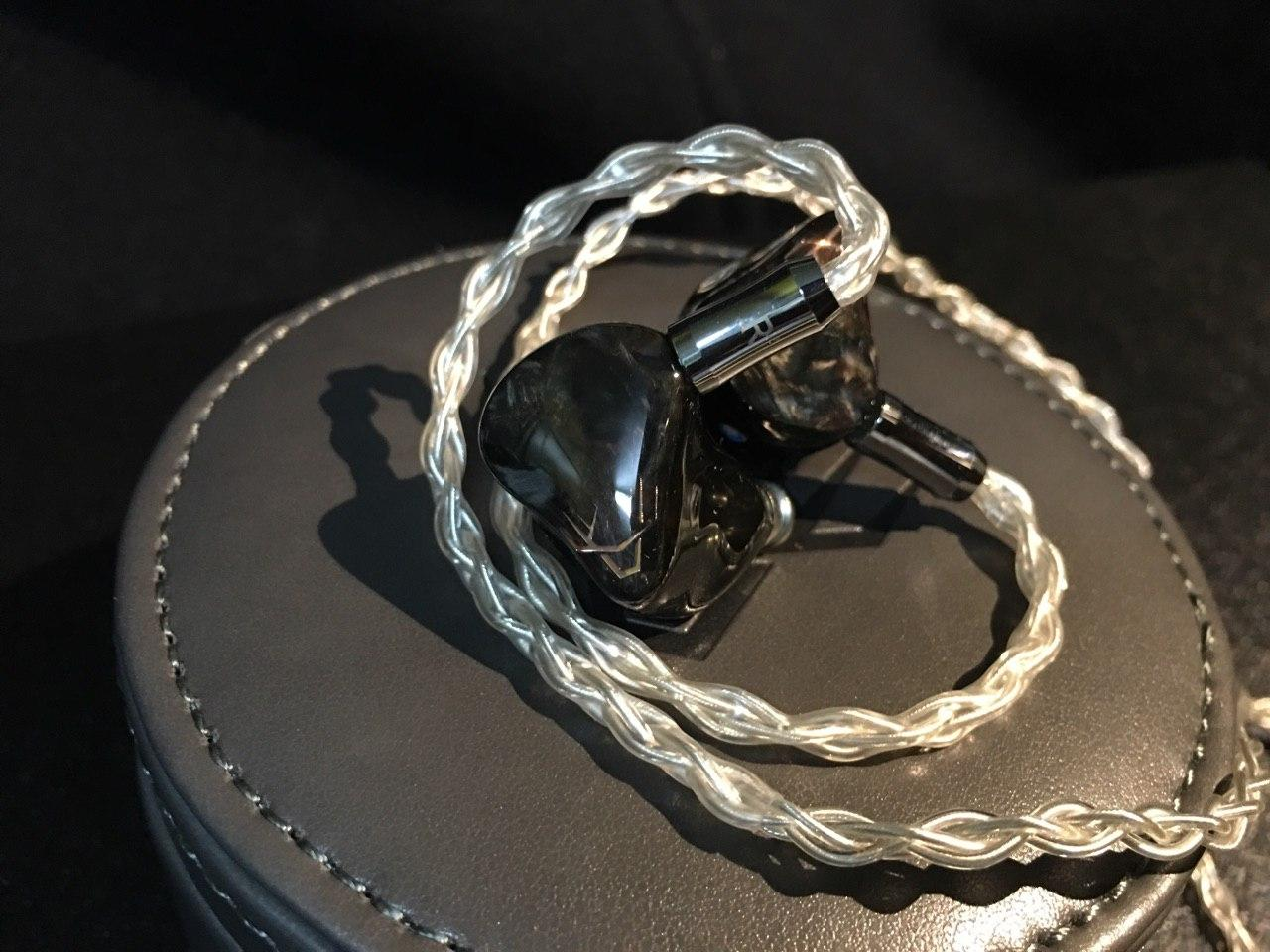 Conclusion:
JQ brings Elk as a complete overhaul to its BA+DD hybrid lineup, and it is certainly an upgrade from the first generation. It is an ambitious move to launch such a product with premium packaging and tuning which might not praising everybody due to its bass. It is the best earphone in this price range I have tried as of today, and I recommend it to people who like fun signature yet to stay relative neutral for not letting bass to negatively impact the whole spectrum of music. 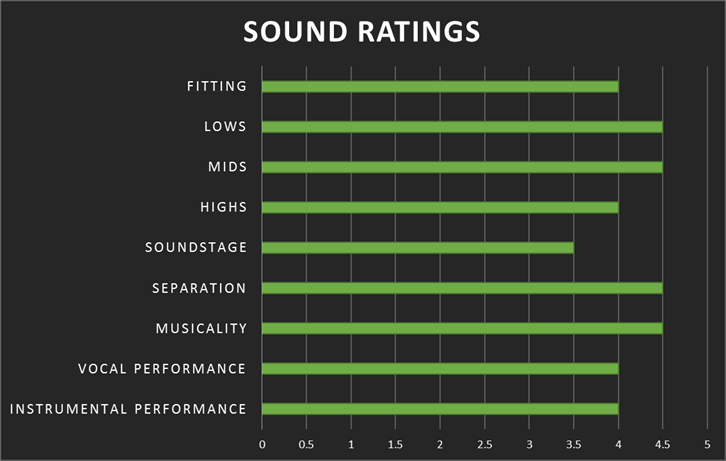 *All ratings are accurate as of date of publication. Changes in price, newer models may affect Project A3's views on the performance and value of the reviewed product.
Reactions: maker2708
Read more…