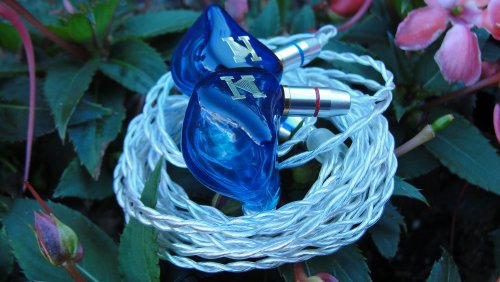 ISN has become a brand that enthusiasts will associate with cables first but has been making some outstanding earphones as of late. Their H40 has garnered a fairly large fan base and for good reason. Talk about coming out of the gate with a big bang. Then there was the single dynamic D10 and now their newest the D02. 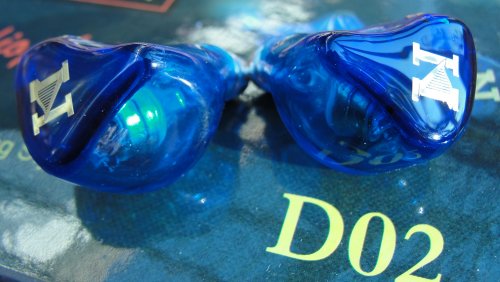 I would like to thank ISN audio for insisting I give the new D02 a good listen and a report. I am not associated with ISN or Penon. But I am however enthusiastic about their offerings as I consider ISN earphones some of the best bang for money earphones in the market. You can read more about and purchase the ISN D02 here. H40 review here. D10 review here. 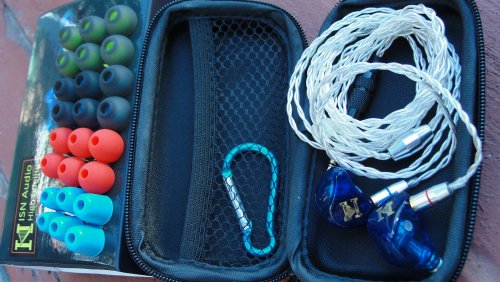 ISN D02 comes to you in their familiar blue smaller packaging. Included within is their all black semi hard rectangular zip up case. Included in the case are 2 sets of silicones as standard, If you're lucky you might get a few extra sets of tips as well as a perk, a decent 4 core SPC cable and the ear pieces. ISN has always been about modest simple yet to the point packaging. You're not getting a huge variety of tips or are you getting a premium cable in a large box with a lot of extras. You're getting the goods and considering what they are charging to own a pair of D02s I can understand the minimum packaging here. 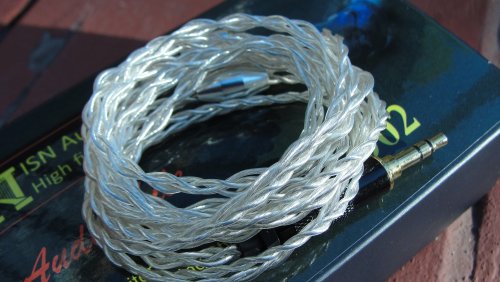 D02 has a very interesting build. It is the familiar all resin filled semi custom shell but within that shell incorporates a very capable 10mm carbon crystal dynamic driver vented and positioned very nicely and tilted inside the back end of the shell. 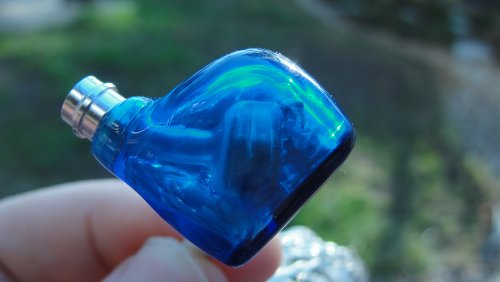 While carbon based dynamic drivers are nothing new. This design however is something a bit more rare in the IEM world. There is a large 3mm vent right above the dynamic driver. This large vent allows the driver of the D02 to have plenty of breathing room and even better is properly vented to give some outstanding sonic ability to the D02. This design is a semi open design due to the large vent and is brilliant in execution. I will get into it more so in the sound descriptions. 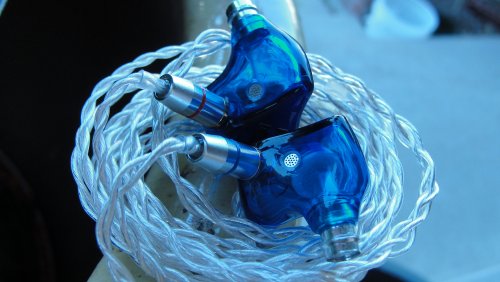 Single dynamics has seen a relative surge as of late. While it is difficult for other types of drivers to cover the sound spectrum, BAs for example, the tried and true dynamic has no problems covering the 20hz-20Khz of the sound spectrum. This has been the mainstay of the in ear monitor for the longest time but now we see dynamics with more ability. No longer are we seeing your standard neodymium dynamic. Just about every dynamic based earphone that stands out has some sort of coating on them and the D02 is a carbon based dynamic that really has much more ability than your standard driver. More than just a gimmick the coatings give a more rigid based material that results in what seems to be an extra when it comes to sound but all this is nothing without the right tuning. 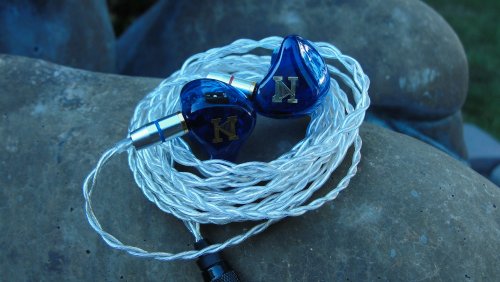 I have to admit sub $100 earphones nowadays have made some amazing strides. No longer can you expect just decent performance from a sub $100 earphone. You need to demand from the sector cus companies like Ibasso, Fiio, NF audio and the large variety of budget fi segment are now pushing some amazing sonics for well under the $100 mark. With that being said the competition is more than fierce in the price range, it is just down right daunting. The one upmanship has steadily increased over the years where now the sub $100 earphones no longer actually sound like sub $100 earphones, well the good ones at least. 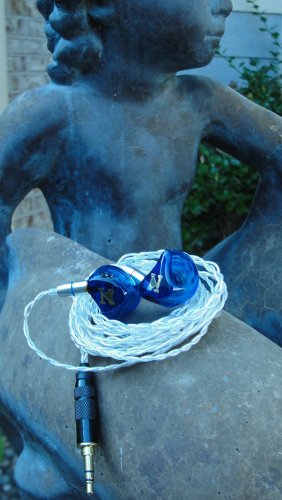 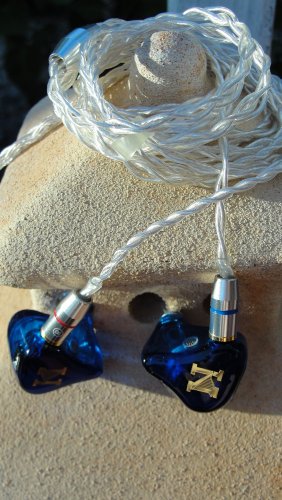 And the D02 is one of the good ones.
What if I told you it actually is leading the charge for one of the best if not the best sounding earphones in the segment? Ya let's get that out of the way. What you once thought a good sounding sub $100 earphones are is great n all but then you have the D02. .

Out of the box the D02 had an airy sound quality with a wider stage for earphones. Again this has to do with the large vent/ design on the top of the earphones and the effects on the sonics are one of the better airy sounds for an earphone. Usually this type of airy, wider sound is associated with earphones and headphones much higher up in the food chain and you're certainly not going to get that from sub $100 earphones. On top of this it has a tuning switch on the back of the shells. So this was getting very interesting. 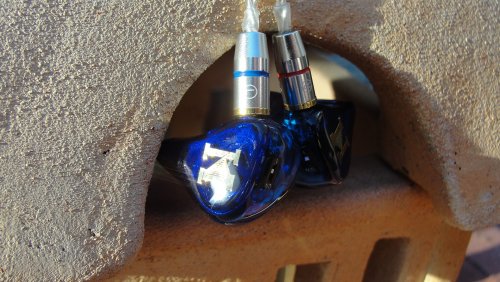 Looking at the shells of the D02 and the nicely vented driver. The Driver sits toward the back end of the shells tilted, giving a nice broader stage. I can’t state enough just how good the sense of stage is on the D02 not just in width but in depth and height of sound. All ISN earphones have a good sense of stage and the D02 seems to follow suit. If the stage and or a spacious sound in an earphone is important to you. You need to check out a D02. Then there is the actual sound balancing.

Foundational tuning set on the 1 switch, which is what it comes to you set at is a balanced tuning with a slight emphasis in upper mids, mid trebles and mid bass. Fundamentally however it is more closer to a balanced tuning than overly emphasized in any given range of sound. I detect no recession or off peak in the treble area that is perceivable. It was apparent to me this time they went for more of a versatile sound tuning something similar to their H40 vs the D10 which was clearly a V shaped tuning. 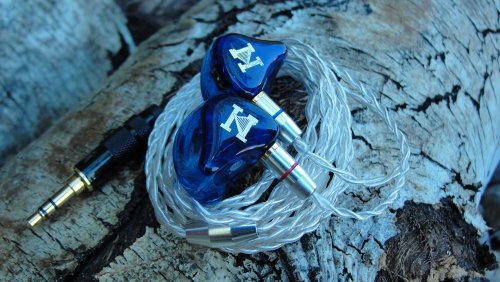 According to the marketing material with the switch on this was supposed to be more ideal for EDM and rock. To be honest I didn’t notice a huge difference between the 1 and the ON switch. The base tuning is done so well that for me at least it wasn't a big deal. The review here was just based on the 1 switch.

That airy stage lets the dynamic sounds of the D02 breath life into your music and treble has good definition and unexpected extension. The clear crisp treble end has enough energy and presence to let treble have its own arena of sound. With a good amount of sparkle, a natural decay and shimmer when called for, the ISN crew did a great job at tuning the treble to be representative of the high end while not being overly cooked. Treble has just a sliver of influence in the mid bands so tonality is just a hair above a neutral leaning toward cooler in tone in the mid bands. Giving a clean sheen to the overall sonics. With a nice copper cable this smooths out this affect and tonality is even better perfected. 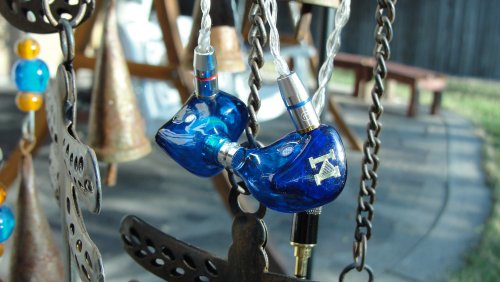 Mids has very good range with a right amount of height and depth giving a more surround type of presentation. Mids layering and imaging is superb on the D02 as it is easy to pick out details in the mid bands on the D02. Vocals sound rich and airy due to that vented design in conjunction with that wider stage and you got the making for a very immersive experience. Upper mid bands have a slight forward emphasis letting vocals shine be it male or female. This coloration while not exactly natural, sounds rich in tone in conjunction to a bit of forwardness. That natural dynamic timbre also plays a key role in giving the D02 a smooth rangy mid section that delivers very good imaging in the process. One aspect I appreciate about ISN tuned earphones is their ability to utilize space in their designs and it shows in the mid range of the D02. This aspect was clearly evident in their H40 as well. 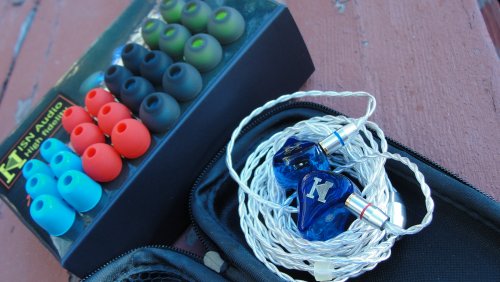 Bass has its main influence in the mid bass. Bass impact is plentiful when called for and while emphasized does not encroach into the lower mids. Bass can be brawny when called for but these are not a big bass earphone. Sub bass has a roll off and any notes that reach 50hz and lower will have less intensity vs the bands above it. While most enthusiasts prefer having the sub bass to be strong while less emphasized in the mid bass I would say the sub bass does not fail completely here. 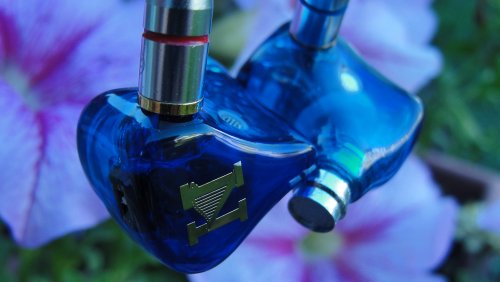 Unless you're an extreme bass head you're not gonna notice much and these in fact for bass genres sounds adequate if not just outstanding for EDM and electronica since most of the bass notes are from the mid bass area. Even performing excellently for hip hop. I do wish there was a bit more sub bass but given the positives to the rest of the sonics. I am not gonna complain. The quality of the bass end also falls in line with the rest of the sound. The D02 has adequate punch; it is fairly tight and speedy for a dynamic. Metal and rock plays nicely with that mid bass punch and double kicks keep up with no issue on faster more complex metal tracks. 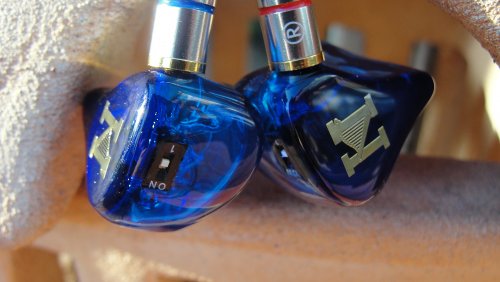 Overall tuning design is focused from mid bass to the mid trebles and while the tuning is not perfect, it does so many things right. Most importantly they sound immersive and sound absolutely musical due to their rich tone and if that is not the bottom line aspect to get you into your music I don’t know what it should be. I can’t under state just how much of that larger airy quality to the sonics plays a role. This exact tuning with a narrow not so airy stage and you hearing an average earphone. But average is not how I would describe the D02. 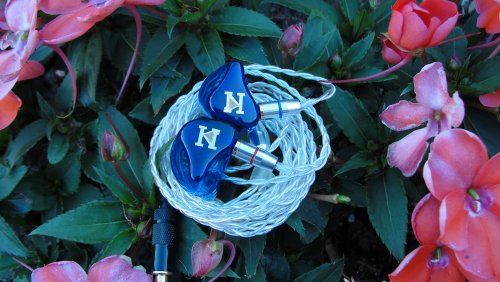 There are earphones that don’t have these qualities to the sonics that cost much more and here we are reporting about just this on a sub $100 earphone. The ISN D02 simply has to be one of the best sounding earphones in the budget sector. I can’t think of too many that sounds just as good or better in the price range. The compelling aspect however is in the pro tuning and excellent technicalities of the D02. If these aspects sounds appealing to you. Check out the dedicated thread here and read as much as you can about the ISN D02. As always thanks for reading and as always happy listening. 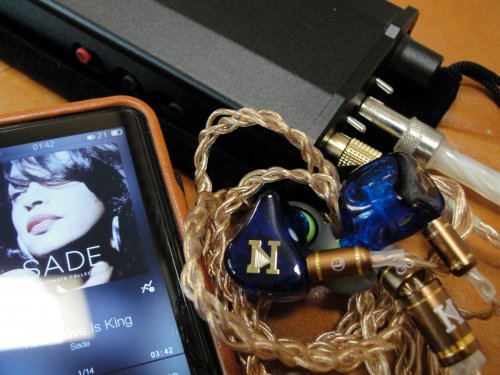 Bonus. Maximum D02 listening. Tip rolling 101. It has been reported that more medium to narrower bored tips bring out the best in the D02 but I will go one further. Amping the D02 yields quite the experience. Out of my IFI Black label the sound becomes headphone like. Crystalline treble clarity and detail. A more expansive holographic stage with a punchier deeper bass. While the D02 does not require amping as they will work fine even on a cell phone. Amp these and you will be rewarded with an earphone that sounds absolutely nothing like what you paid for. Tip roll, cable roll and most of all amp the D02 to maximize their sonics.
Last edited: Sep 5, 2020
Reactions: F700, loganmule, DannyBai and 8 others

drbluenewmexico
It's quite interesting out of the box and getting better with burn in steadily. Powering with good DAP instead of phone turns these into audiophile's experience! DS is not exaggerating.....A gem!

alexandros a
The rich tone defines the sound quality in any iem, absolutely correct, and very happy that your made that clear.....
I ll try those on DX80 & PB3 & will try HUM hypno amp for sure..... Cheers man...