This is a portable/transportable closed planar magnetic headphone from the team at Dan Clark Audio. 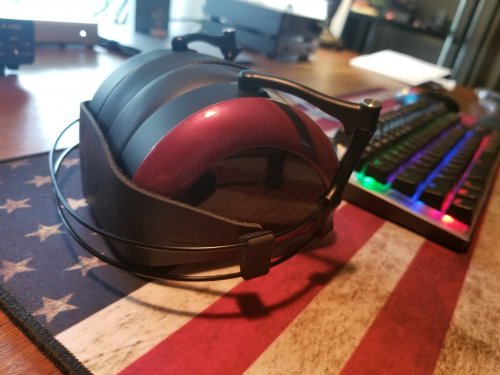 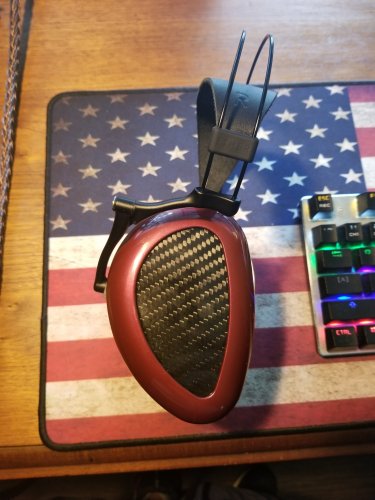 Dan Clark Audio Aeon 2 Closed is a new iteration of the well-known and highly successful Aeon. It uses a planar driver, and it’s priced at 899 USD.


Sound quality for the price

I’d like to address one thing in the very beginning – Dan Clark Audio Aeon 2 Closed…this name is just ridiculously long, DCA please, simplify your names in the future as it’s really confusing and sounds just hilarious to have to say 6 words to say what headphone I use at the moment. Okay, let’s get to the headphone itself.

Starting with the box – it’s quite small, made rather well and it’s hard to complain about it. It has a cool looking logo on the top, glimmering in silver.
Inside you’ll find a rather small carrying case (why? you’ll find out in a second), a cable, certificate of authenticity, a microfiber cloth and some “sound tuning” pads that you insert into the inner part of earpads.
What’s super weird – both the official website of DCA and a paper manual found in the box doesn’t mention these at all. They’ve just put them inside, and you have to guess how to use them and what they’ll actually do.

The Aeon 2 Closed is a rather well-built headphone.
The headband looks and feels a little cheap and simply basic, but it does its job (which is reducing the weight of the headphones) pretty darn good. The earcups are a completely different story, as they feel sturdy and well made.
On top of that, the color is simply spectacular. It’s a sort of burgundy red which looks just beautiful. It might have been a risky move to actually release a headphone in this color, but I think that the result is fantastic.
I’ve mentioned before that the hard case is small. That’s because the Aeon 2 Closed can fold to be much easier to carry around – that’s a pretty sweet function.

Unfortunately, there’s one thing that I absolutely can’t speak a single positive word about – the cable.
To put it as simple as I can – it is so stiff that I find it almost unusable. Maybe that’s a compromise to achieve a good sounding cable, as it feels a lot like a solid core wire.
I won’t evaluate it though, in terms of ergonomy this cable is just unacceptable. If you’re gonna, buy the Aeon 2 then just order an aftermarket cable to actually be able to use headphone without vexation.

Now to more positive things – the Aeon 2 Closed are very comfortable (except the cable naturally). It’s mainly due to their deficient weight (especially for a planar headphone). Also, the made in Japan synthetic leather earpads are plush and deep enough to sit comfortably around your ears for hours. Absolutely nothing to complain in this regard.

I want to start the sound impressions by saying that these do not sound like your typical closed-back pair of headphones. Yes, the bass is quite punchy and thick, but the transparency of the rest of the frequency response is similar to open-back construction.

The bass is somehow similar to what you’ll usually find in closed-back headphones. It is deep, bold and has a great body. At the same time, though it’s quite accurate, fast and resolving with a lot of detail. Where some dynamic closed-back headphones fall short is the texture and lack of control of the low frequencies, the Aeon 2 represents a marriage of the best attributes of open-back and closed-back headphones. Punchy, growling and overall big bass meet control, details and an impressive texturing. This pairs exceptionally well with modern music or metal, resulting in a dynamic and simply fun signature.

The midrange is resembling the attributes of an open-back headphone even more. It is very clear, open and airy. The bass never gets in its way, which leads to a very transparent and neutral presentation of the mid frequencies. Male vocals could lack a little body sometimes though. Mark Knopfler sounds a little bit too thin and shallow, lacking the directness and an overall timbre. Nonetheless, female vocals sound extraordinary, given the airy and quite sonorous sound presentation. Melody Gardot sounds very forward and sophisticated at the same time, and thanks to that slight bump in the upper midrange I’d definitely recommend them if you like listening to this kind of music.

The treble is slightly bright, well shimmering and pronounced. It never hides in the shadow, but it is not super edgy. I’d call it refined with a slight boost, resulting in an overall v-shape and fun signature. The texture is good, but drum cymbals are somewhat lacking body, which results in sounding a little too thin. Also, it is quite airy, which is great for some tracks, but it tends to get a little too spread-out in other. It is by no means a lush and soft sounding treble – it focuses on being rather accurate and forward, but is lacking timbre.

The soundstage is as impressive as the bass – its wide, deep and images well. The vocal is located 2 feet in front of the listener, and the overall presentation is very “out of your head”. It pretty much reminds me of the soundstage in Audeze LCD-XC, which as for the closed-back headphone has one of the best stages I’ve heard. Overall, as for the closed-back headphone, it is very airy and accurate, being on the level of some open-back headphones in its price category.

The Dan Clark Audio Aeon 2 Closed is a very good, but not the perfect headphone.
Sonically it’s like a hybrid of closed-back and an open-back design, with great bass extension and a brilliant soundstage. It has its flaws, especially the cable and the overall timbre is a bit off, but nonetheless its a fun sounding headphone which may please many.

Gear used during this review for the sake of comparison and as accompanying equipment:
Remember to visit us at ear-fidelity.com
Reactions: ILuvAudio, ehjie, brenodqestrada and 3 others

X1787X
Thank you for the review. You mentioned you had the he400i 2020 for comparison as well. How much better is the aeon 2 closed compared to budget cans like the he400i 2020?
S
Sandwiches
I have both... If you only want to listen at home, you have a good amp, and you can EQ to 400i to boost the bass, it's the better value. The Aeon 2 is $700+ more b/c it's more portable, more useable on the go, more comfortable, and wins in every category except soundstage (and even there it's close).
Read more…

How does it compare to the older model in just the sound, ignoring the portability feature?
@swapheadfi

Even worse than the previous gen closed