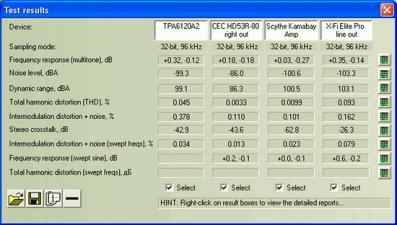 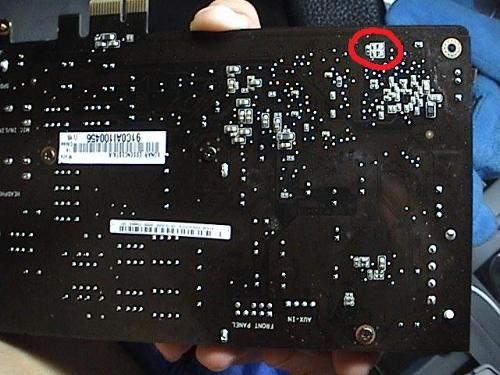 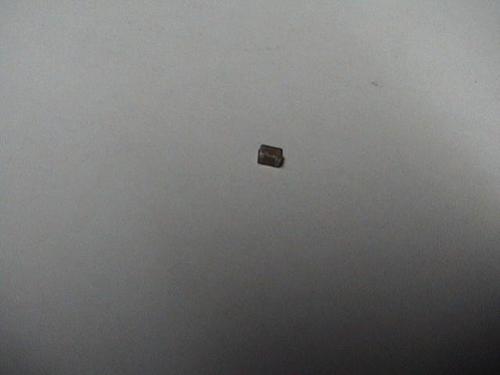 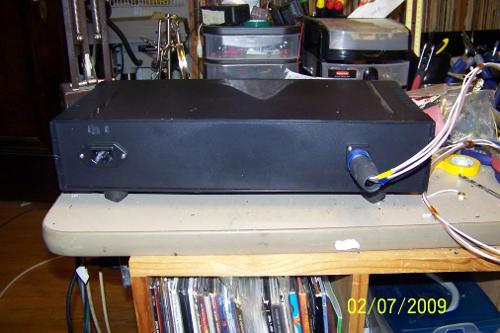 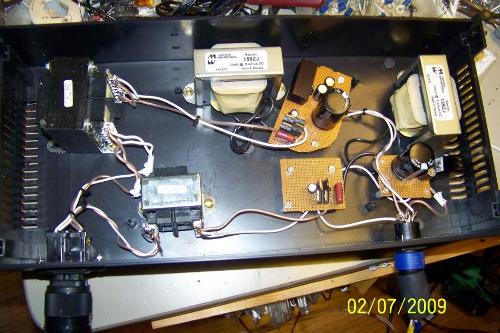 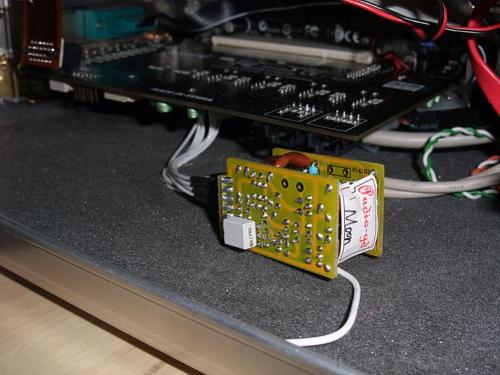 You are using an out of date browser. It may not display this or other websites correctly.
You should upgrade or use an alternative browser.
Xonar Essence STX: Sneak Peek!

I've tested it with others, but my trusty, comfy MDR-V6 headphones are what I'm using 99.9% of the time. I'm no audiophile, but it doesn't take seasoned ears to hear the difference between this and my other audio sources.

Something fun to try with the Dolby stereo effect: There's a rotate button in the settings where you can position the virtual speakers. It will slowly rotate the channels so that you can hear your music/sound spinning around you, and hear how effective the stereo surround effect really is.

So I just received my STX from Amazon this week, and after previously owning the Headroom Micro AMP/DAC for my PC setup, I can't believe what a steal this card is!  Best money I've ever spent.

I would say it sounds 80% as good as the Micro stack, but is much more convenient than having an external source/amp.  AND, after settling in with the STX, I am 100% as happy listening through my D2000's.

$185 may be a lot for a sound card, but I'm still convinced this was a bargain

Hello guys
I am pretty begginer in this Audiophile field..As i am not gaming at hardcore level i decide to buy a ST instead of other gaming cards.So i decide to go with music/sound quality instead of gaming features...
My headphones are Audio Technica ATH M50.I listen mostly Instrumental music with orchestra.The default combination..ST stock and M50 result in not so deep bass and a little harsh highs imo..I want some OPAMP sugestions..

The best way to improve the sound is to try different headphones.
Can you hear the difference ?
How to use a PC sound card for audio measurements
Utilities for generating test signals, analysis (FR, THD, CSD, etc.), and processing (resample and convolve)

Upgrading your DAC is the second best way.

Looks great, can't wait to see how it sounds.

Has anyone used the essence stx alone with the beyer t1? Could it be driven to a comfortable listening level?
I'm probably going to make my first large investment into hifi audio soon but I'd have to wait a couple of months to get myself an actual decent amp.


Originally Posted by Shahrose /img/forum/go_quote.gif
So Alydon, I tried the LM6172 in the buffer spot with 2xLME49720 and surprisingly, it sounds quite different from before. The bass no longer cuts out, and there's no unneeded warmth to the sound (still add warmth, but not excessively). I believe it wasn't making contact properly before because now it sounds great. I feel like it's a compromise between the sound of 3xLME49720 and 1xLME49720/2xJRC2114d without most of the drawbacks.


The 3xLME49720 have a larger/airier soundstage, but not by much and the JRC2114 have more solid and hard-hitting bass (a bit more defined too), but again, not by much.


The JRC2114 have this upper treble harshness that just seems to grate on you. In fact, I feel there's a lot of things wrong with the treble when I'm using those. They have excellent bass/midrange though, maybe the best of any opamps I've used.

I have yet to find the perfect opamp combination. What's important to take away from all this is, there is no one best magic combination. Everything has pros and cons and you have to find your own sound. I've tried my best to describe the sound differences among all these components. In the end it'll be up to the listener to decide which he/she prefers.


Edit: If you ever want to see what I prefer, just check my profile, because it keeps changing. After going through all of these opamps twice to verify the differences and make sure they were all seated properly, I've come back to the 3xLME49720s for their sheer soundstage size and depth and smooth tonality.


Good to hear you were able to solve the bass clipping/stuttering issues w/ the 6172 so you could get a chance to hear what it's really capable of,

even if you didn't ultimately keep it installed. I can understand though why you'd want to stick w/ the 3x49720 setup w/ the HD650's, since I understand those cans already emphasize the mid-bass a bit so the 6172 might be a little too much in that area.


However, to give everyone an inverse opinion....

...Ultimately with my rig, using a 6172 in the buffer sounds the most realistic to me.. In my setup, the 6172 has the most detailed, full-bodied, and visceral bass of any opamp I've tried (including the JRC2114, which by comparison had a smeared, boomy, and indistinct bass), whereas the 49720, though detailed, is missing the lowest bass registers and simply doesn't have the impact or imaging that the 6172 provides. This is especially noticeable with strings and percussion. There is also a little too much upper-mid/lower treble emphasis (1-2KHz) with a 49720 buffer that makes horns sound slightly “bleaty” and gives high strings and pianos a nasal quality that sounds somewhat off to me (though again I don't think that the HD650's would experience this).


Lastly, I personally prefer the more intimate soundstage that gives me the feel of being in amongst the musicians. The 3x49720's setup does have a larger soundstage and I can see where many might prefer it, but it made the musicians a little too far away and the music a little detached as a result to be ideal for me.


Overall, both opamps are excellent choices though and I'd still be quite content w/ a 49720 in the buffer if the 6172's didn't exist.

I strongly suggest to anyone that wishes to try their hand at opamp rolling on the STX that you try both of these opamps in the buffer spot to find out which one you prefer since I don't believe one is superior to the other. I guess this goes to show how important system synergy and personal preference come into play in addition to the personal experience and compromise/balancing that Shahrose already mentioned...


However, since I don't seem to be able to leave well-enough alone,

I've been rolling opamps in my Corda Opera and I think I've found another one that I'd like to try in the STX as well: the LM7171. This is a single-channel opamp which means you’ll need to use two of them on an adapter. However, they seem quite promising given the results I’ve heard from the Opera.


So far in the Opera it sounds very similar to the stock 6171's that it comes with, but with the contrast turned up. It has a blacker background, and slightly better dynamics, deeper and cleaner bass, a deeper soundstage, and better imaging. The mid-bass hump is reduced as well. Once my adapters arrive in the mail I’ll test them out in both the buffer and I/V spots of the STX to see how they fare.
Click to expand...

I thinking of upgrading my op amps...but i use rca since i have a seperate headphone amp. All id have to do is just change the buffer one right? And the 6172 is your top choice? Thanks!

Hi,
anybody know of any difference between the authentic MUSES1/MUSES2 ones and the fake ones?
Do they sound soundwise the same as the originals I mean not build quality wise ..

Are the fake ones even of NJR MUSES identical type or are they relabeled and disguised as other OPAMPS inside like some LME,NJM;HA Opamps instead?

What are the risks using fake Opamps? Can they damage the equipment?

I ordered some MUSES02 MUSES01 a week ago but only just noticed that they are retailing at higher prices on other sites.
I think they might be fake ones bc of the price.

I ordered them for the  ASUS Xonar Essence ST soundcard are there any OPAMP recommendations for this card?
And what to use as buffers? Some recommend the MUSES with the HA-5002 some say the OPA1611+LME49600 is the better combo.

Where should I insert the MUSES2 on the soundcard? Switch the LM4562NA with the MUSES?

So I just bought the STX to replace a modded X-fi Xtrememusic. It had a full recap, high precision clock and replaced the opamps with ad8620's.

I'm a fan of the AD86x0 opamps and use them in my amp as well. Has anyone tried them in this card with good results?

They should be a straight drop in part correct? No incompatibilities I should be concerned with?

EDIT: What about the 8066? anybody tried that either?
You must log in or register to reply here.